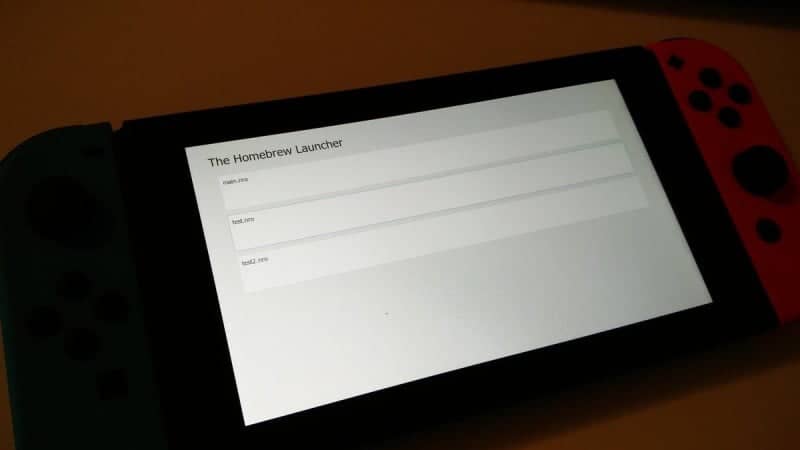 Developer plutoo is back at it, since that 34c4 Nintendo Switch talk and working on an easy to use Homebrew launcher from the look of things. Now it will support both type of homebrews with either libnx or libtransistor. The reason for this is Pluto himself does not want to see a toxic scene as people fight which one is better and then one dev says that’s all they’re going to use so you have to use it to play my games, this gets to be a headache in any community. If you’ve ever been part of a scene you know this is true then certain people will come along and make things worse, it could get nasty but with the launcher supporting both it gives homebrew devs options. Most developers always try to avoid situations like that but no matter what we always got a few in the bunch that just can’t help themselves. Even when the developer goes the extra mile for the community.

Now libtransistor is our open-source SDK for the Switch. Designed from the ground-up to make use of the LLVM+Clang stack, we intend for it to be a highly-accessible, community-driven platform for homebrew development. https://github.com/reswitched/libtransistor

Libnx is also a Nintendo Switch userland library for making homebrew and its based on libctru. https://github.com/switchbrew/libnx

Plutoo says February 1st in this tweet, now we don’t know exactly what that means, it could be a release, it could mean we’re going to get a show and tell YouTube video. Right now it’s a guessing game but they’ve always delivered and I believe that February 1st will be a nice day for Homebrew on the Nintendo Switch. Of course, you’re going to need firmware 3.00 and PegaSwitch to utilize any of these exploits.

Let us know in the comments below what you think the Nintendo switch Homebrew will be like. Will it be very simple to run or complex steps, could we even see a free like shop or custom firmware like the Nintendo 3DS. There’s just so many things that could happen to this fun little system and we will keep you updated on the progress of the Nintendo Switch Homebrew.

I like to get everyone the right info and I like to help others get the most from there electronic devices. I enjoy playful cleverness and the exploration of technology. My Motto: You own it, you can do whatever you want with it.
@HackInformer
Previous Review: Super Retro-Cade from Retro-Bit
Next Team Xecuter is taking a swing at Nintendo Switch but what could it be a modchip, flash cart, etc..??