Today’s review is about Dusk ($19.99, David Szymanski, New Blood Games) for the Nintendo Switch. The first game in which, and I’m not embarrassed to say this, that I freaking forgot that I was writing a review about because I was so busy playing the game! “Game beaten? Time to play it again on the next difficulty!” Woooo doggy I love me some satanic cultist throwback FPS’s! Let’s lock and load, player! 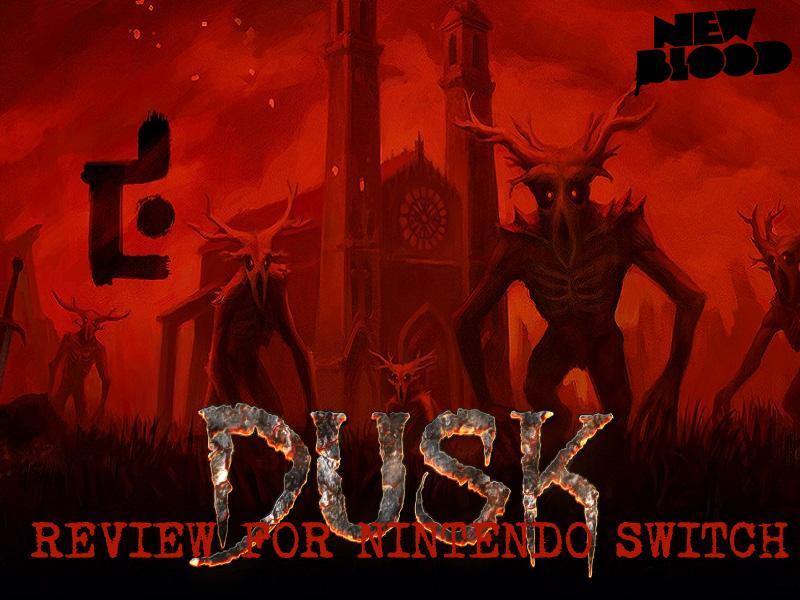 Don’t Trust Your Eyes.-Battle through an onslaught of mystical backwater cultists, possessed militants & even darker forces as you attempt to discover just what lurks beneath the Earth in this retro FPS.

In addition to the main campaign, DUSK also features an Endless Survival Mode, putting you front and center against wave after wave of merciless enemies.

But that’s not all! The “cult” classic shooter explodes onto Nintendo Switch™ at 60 frames per second with new features such as a weapon wheel, HD rumble, gyro aiming, tons of UI and UX improvements plus a new endless level for the most robust DUSK experience yet – on your couch or on the go! 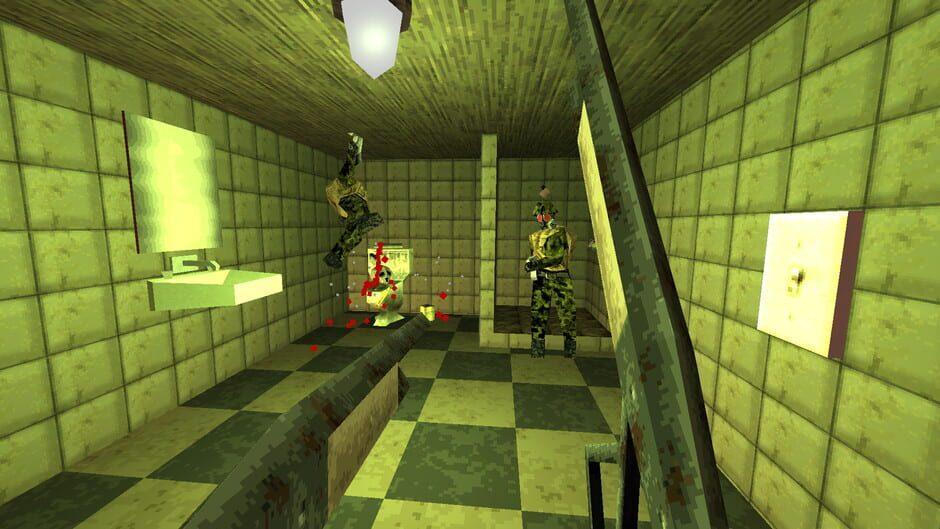 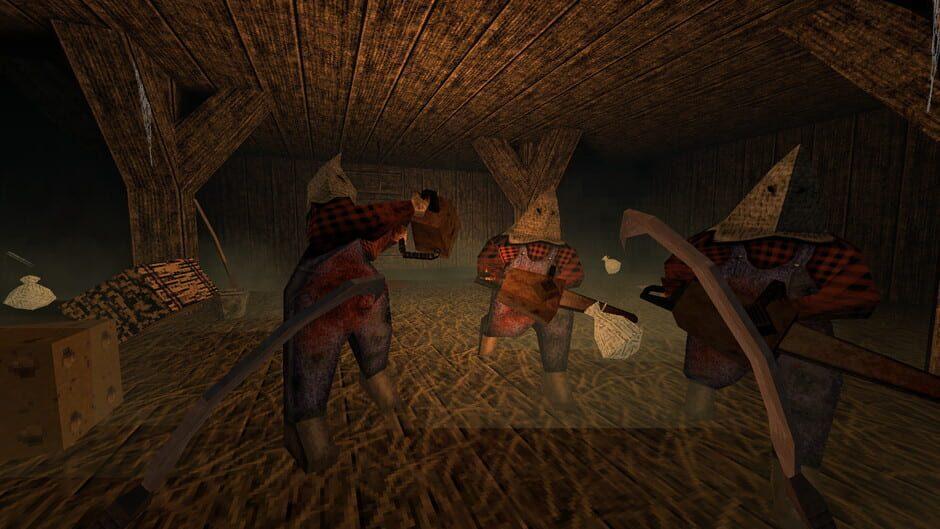 It seems to be that instead of finding said booty, he finds a group of miscreants in a cult. The game starts with you being captured. You clearly get free, but now you have to mow and/or cut them down. Think the guy is going to leave? That’s an obvious “no” as well, he takes on these baddies and pushes on, getting to the bottom of it all. That’s really all I’m going to say about it.

The AI seems to know exactly what it is supposed to do. And if just because you’re wailing on them and putting in lots of bullets, they don’t take long to drop. Once you down them left and right, you’ll feel like you really have the game learned. But they can definitely be the death of you if you stop moving and shooting. Don’t forget, running and gunning are not your only moves during attack. You can also jump and duck down.

There’s another single-player mode that we’ll discuss further on. But its levels are made differently. The levels here are built to be more confined and yet they’re still open so that you have a bit of space to work on the boys coming atcha. I am a buffoon because I was playing Horde mode and there’s one level with a big mansion looking thing in the middle. I thought to myself it looked sort of like a Silent Hill version of Peach’s Castle. The next time I played it, I paid attention to the name of it. I won’t spoil it, but yes, my thought was right! 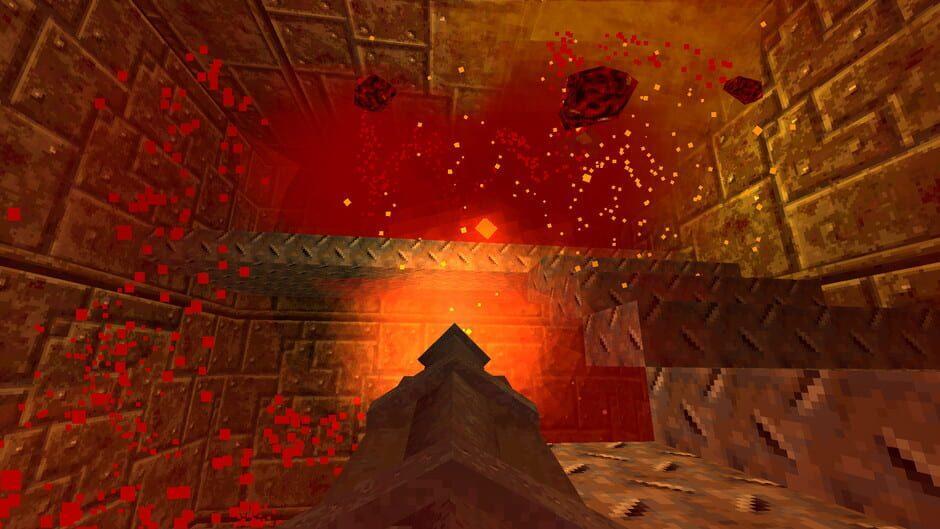 Another difficulty tweak, for the strong-willed, is intruder mode. It forces you to start with the default weapon each time. So you’ll begin with sickles at every level as opposed to getting the keep the weapon and bullets from the previous level. I certainly couldn’t do this after the first few levels and needed firepower as I continued. You really think you can do the entire last chapter starting with sickles each level on higher difficulties? #GoodLuckWithThat

I think what really made the experience great, besides increasing the difficulty, was finding more hidden things that I hadn’t found before. Players can even simply replay the level just to find those hidden items and increase other aspects of their score. You don’t necessarily need to take the route that I took and increase the difficulty each time. You could really set your aspirations high and attempt a 100% completion for each of the difficulties. #AgainGoodLuckWithThat

Last of all, if you’ve exhausted the campaign, you’re not done yet. You have an endless mode available to you. Yes, guys and ghouls, the horde mode is here and it is crazy. It’s a white-knuckling, nonstop “shoot-till-you’re-pooped” deathstravaganza. It really funnels the hordes of hooligans right to you. Lots of fun and I suggest you play it if you’re ever mad at the world. Take it out on these cults and their summoned beasties.

Tremendously bummed out that there isn’t a physical release for this. But honestly, if it were to come out later with the Dusk ’82 demake baked in, I wouldn’t be upset! Otherwise, just download the damn game. The visual options alone make this the perfect game for nostalgic gamers young and old. The gameplay is damn near one-to-one with the games that it was trying to pay homage to. The only real downside I can see here is that if you’re looking for a Quake clone, you’ll be a bit bummed out by the lack of multiplayer. If any game can do kooky, creepy and fast paced, it’s this one. I mean the thing is Quake and Doom had a baby and taught it to smoke cigars!

Finally, I would love to see this game ported for the PS1. It would probably be easier to port to Dreamcast honestly. But I want it. It’s the only 90’s 3D game that is worth it. Do it! Just charge us and send us a burned Dreamcast game with the name written on top in Sharpie from the creators and publishers. I’d easily pay $50 for that. 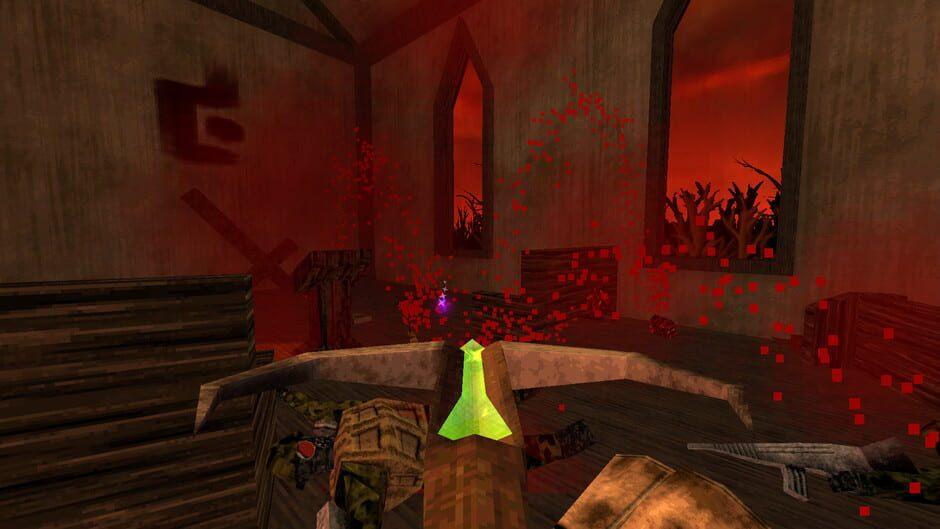 A fun idea for a sequel!

I want to see a sequel called Dawn where you go around killing angels summoned by ultrapure Christians but all of the angels are falling from grace like Lucifer did. And you have to take your knowledge of killing beasts to kill off Christians attacking you to try to protect the angels and then the angels come at you too. From little flying Cherubs to all out giant angels with massive wingspans. 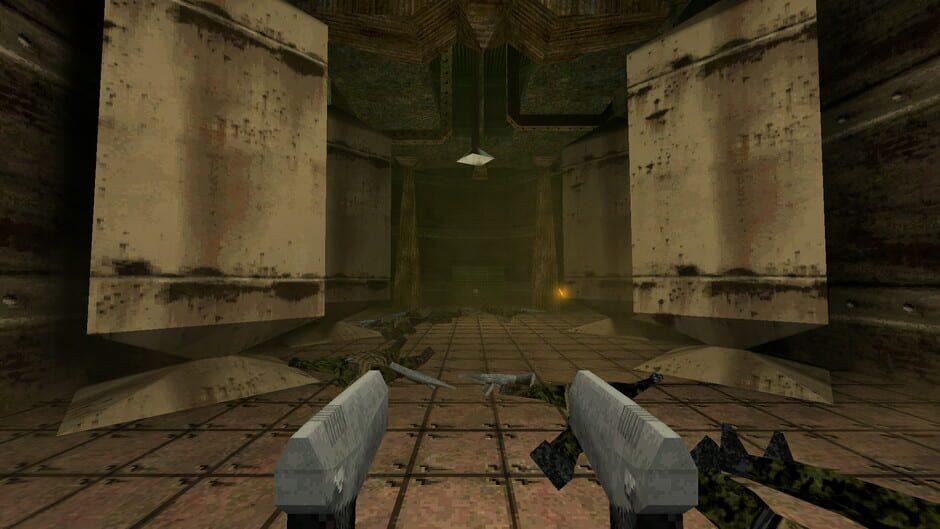