While we haven’t been going to these every single year of their existence, we have been going for a few years now. This year was a big deal for the people who put the show together. But was the audience enamored at who they saw, did they get their hands on new toys, did everyone have the time of their lives?! Let’s dig in. 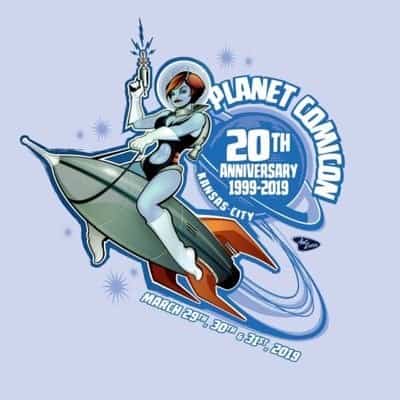 Pros of the Con:

Video Walkthrough of the Con:

Cons of the Con:

This year was a fantastic bout of fun. There is no denying that Planet Comicon gets better every year. They either improve scenarios by listening to the customers and celebrity guests or they come up with newer ideas of their own. There is no doubt in our minds that this convention will only be better in 20 more years. Does that mean that this anniversary somehow felt different; unfortunately not. However, just because it didn’t feel like a celebration doesn’t mean that it didn’t feel like another great year at Kansas City’s Planet Comicon! They knocked their 2019 convention out of the park, it just didn’t feel like a birthday is all. We love them and are excited to see what 2020 brings!

Photos, video, and co-written by @el_lee7