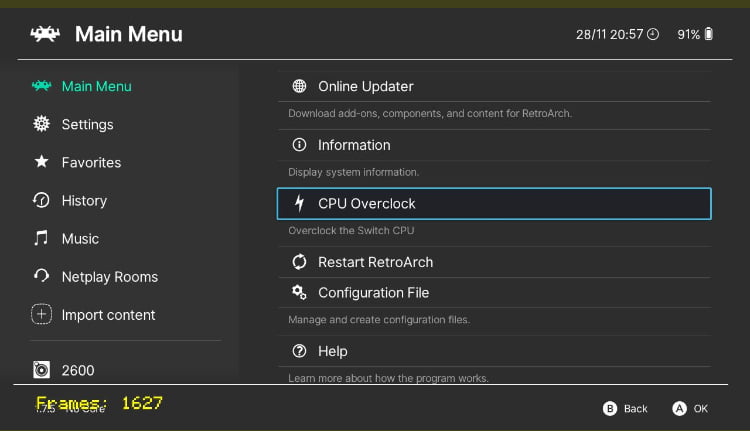 With this release, it’s now embedded within the retroarch emulator and we are now able to use it on horizon, no longer are we locked using Lakka to run the overclock feature in Retroarch. One of the major highlights of this update is the speed improvement of Mupen64plus, the N64 emulator. 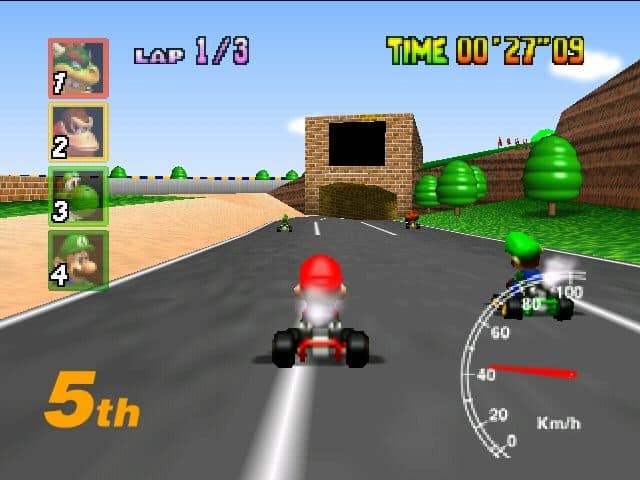 Mr. Homebrew who goes by the name of Leonidas on Twitter have been providing videos on the progress of the overclock before it was released to the public, throughout most of the videos he shows the overclock in action boosting PCSX rearmed and the Mupenplus64, most of the games he tested such as Wrestlemania 2000, paper Mario, Goldeneye 64, Super Mario 64, Legend of Zelda: Ocarina of time and Super Smash Bros have great sound and smooth gameplay.

The overclock feature has 6 modes that you can add to any emulator of your choice, three underclock and three overclock modes. The higher you raise the CPU clock, the more you burn the battery power but the drawbacks are well worth it. 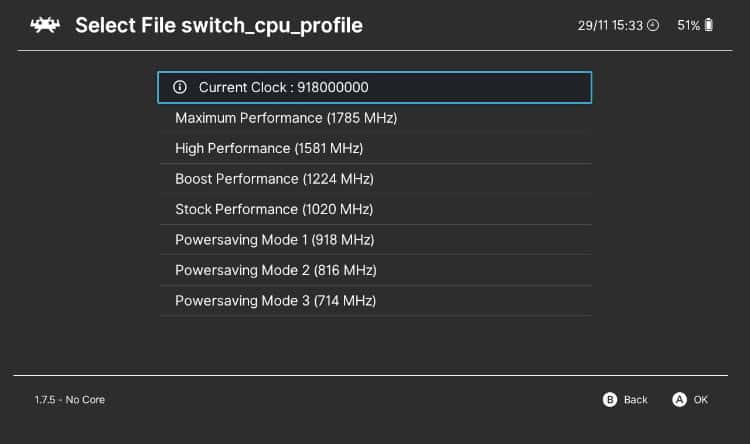 There’s also power saving modes from 714mhz to 918mhz which is also a great addition. But to get good performance out of the Mupen64plus core you may have to raise it between 1224Mhz and 1785Mhz. You can also change the theme to xmb or ozone, but the new menu theme looks cool and fresh!

There is no stable version with this release at this time so it is considered a nightie/beta.

I've been a gamer ever since Nintendo first came out with their home console. I've always been intrigued by video games and electronics. The first game I beat was super Mario Bros. I'm in my mid 30s but you are never too old to play video games. I can see myself at 80 years of age still playing video games. I'm always reading and catching up on the latest gadgets, hacks and mods. I'm a family man with a wife and three beautiful daughters, life is what you make it, have fun and enjoy it to the last breath!
@dujuandrock
Previous Switch: Super Smash Bros Ultimate game save editor
Next The PlayStation Classic is it worth getting?