EA Play is happening all weekend, but they did a regular announcement bit before all of their hands on gaming happening. And while it’s not E3, it may as well be. They didn’t announce much, but if you’re a gamer of any kind, they announced stuff across multiple genres that will at lend itself to hopefully one of your sensibilities. All of these games were streamed, so they all got gameplay for at least 15 minutes each. It will not be possible to talk about everything witnessed. However, we can cover the primary highlights of each game mentioned. So let’s not fiddle about, I’m going to jump right in! 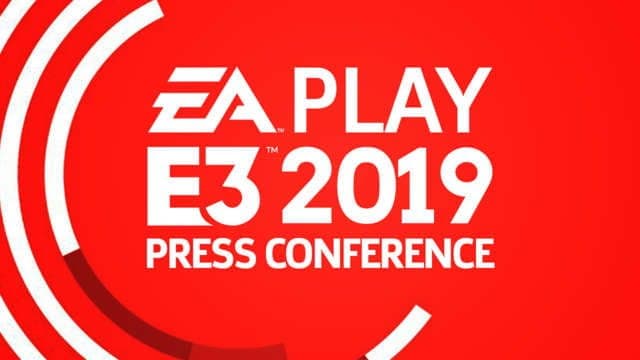 BioWare came out on stage and talked about what it has done thus far and how they know that they still have some work to do. This part of the event is sort of strange and off putting as it broke up up the fun vibes that EA had been curating thus far. I think everyone already knows that Bioware still has some work to do. If you want to watch the 2 minutes of them stating how they’re buckling down to ensure the best Anthem experience for you, here’s a video for it.

I don’t speak football/soccer so a lot of this was lost on me. Especially because EA dug into what the technical details were and so it was right over my head. I’ll give you some of the game facts and let you watch the 20ish-minute video below if you’re a soccer enthusiast. First off, you’ll be able to get your hands on this on September 27, 2019. It’s always a great start when a game comes out within the same year as E3. They’ve also added a mode called Volta. This mode is supposed to evoke the feeling of Fifa Street from back in the day. Just street and park soccer with some famous folk as well.

You already know that gameplay footage was shown, but it was so good. We now have an understanding of what the actual gameplay is. But more importantly, we now know how the actual game operates in terms of what you do. Up to this point, we really didn’t even know the genre of the game. So it’s an action adventure game with plenty of lightsaber and “force” action. We also got to see the story play out a very little bit and that there is a character from Rogue One in it. If you’ve seen the movie, it is Forrest Whitaker’s character, Guerrero. They’re striving to bring a level of RPG and difficulty into the game ala Bloodbourne. They want you to feel that Order 66 is left you alone and how you’re the minority. It’s a very brilliant concept. Also, you have an incredibly cute droid at your side, so I’ll be playing the game just for that alone.

We finally now know a lot more about what the next season of Apex Legends will bring with it. And while it may not be everything that the season will have in store, it’s a good start. Season 2 will be starting in July as we now know. There is also a new character named Wattson and her “shocking” abilities as well as a new gun for all. There was also mention of a dragon that may show up in gameplay at random times? Look, since I don’t play Apex Legends, a lot of the stuff that was announced (such as some buffs) was lost on me. If this is your jam, we have the stream right here for you. You’ll understand much better than I. But it’s interesting as it makes me feel like I should start playing it. It’s starting to finally look good!

Obviously, this game is already out and presumably installed on your XBOX One, PC, or PS4. However, EA announced some new maps thanks to Dice diligently releasing some DLC. They had also mentioned how they would be working on raising the max rank so that you can achieve higher. There was also a mention of having private servers soon. Dice is also including a new chapter in the story for the single player folks out there. Chapter 5 will focus on Iwo Jima as part of a larger Pacific Theater story. And of course, it wouldn’t be EA if they didn’t mention that you’ll now be able to play Battlefield V on Origin Access Basic. Best of all, if you have EA Access on your XBOX One or PS4, you’ll be able to start playing Battlefield V as it’s been officially added to the service! The DLC for Chapter 4 comes out in 3 weeks. While the Chapter 5 (Pacific Theater) content is released in the fall.

To me, Madden appears the same every year. And while I know that this isn’t technically true, I’ve included a video down below that truly breaks down the fine details for you Madden-heads. They’ve added stuff such as Superstar Abilities meaning that no matter if you’re playing offense or defense, you’ll have a chance to do a kind of a super move to pull off a really spectacular play. You’ll find other improvements like the Playbook got upgrades, the X-Factor System, and a new Scenario Engine. There is also a closed beta happening this month from the 14th to the 16th. Madden NFL 20 will release August 2nd of this year!

While I don’t have a video for this one, I can still give a quick recap of the few indie titles that EA is popping out in the future. These three titles are coming from developers that you already know. For instance, the company that made A Way Out, Hazelight, has a new co-op game coming. The title is currently untitled, so we’ll find out in due time what it’s called and an official release date. If you liked the game Fe from Zoink, they have a new game coming out called Lost in Random. And finally, developer Glowmade has a title called RustHeart coming soon.

There’s a new expansion coming to Sims 4 (because of course their is). If you’re still playing this game, fear not! You have more content coming your way as soon as June 21st if you play on PC and June 16th if you’re a console gamer. What’s this pack called and what is it all about? Well it’s Island Living, of course! You’ll have tons of fun in the sun being able to see mermaids and dolphins. But the fun doesn’t stop there, if your Sim gets a sunburn, you’ll have to treat it! You’ll also have new beach clothing, do fun water roughhousing and games, and (my personal favorite) explore the lore of the island. There’s so much in this pack that it would take a whole article to explain it. Below is the video if you’d like to know more!