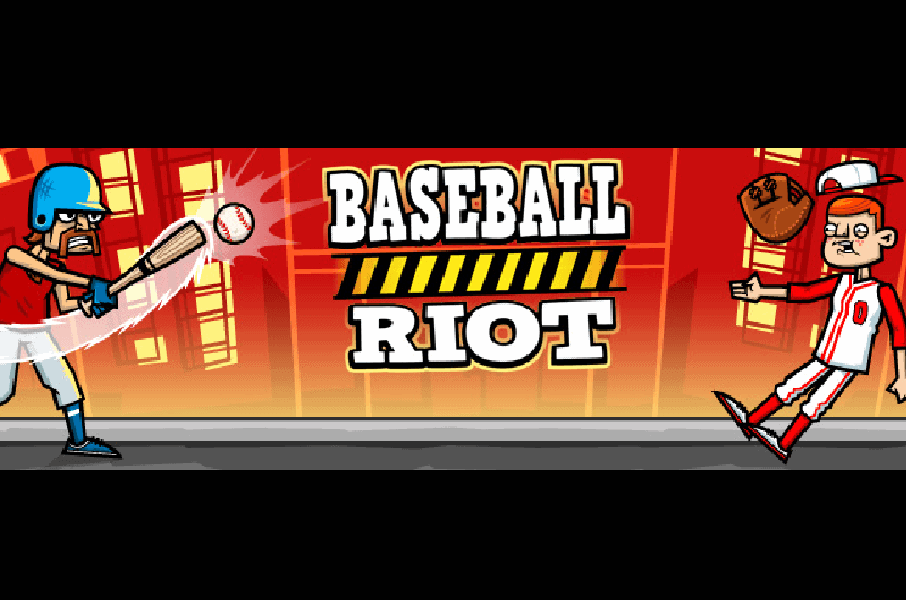 It’s a dang ‘ol riot up on the Switch now that Baseball Riot (10Tons LTD., $4.99) has been released! This “sequel” to Tennis in the Face is the second entry in the Explodz saga and I hope that it continues! Read more below about what I thought about this full contact, physics based title and how it compares to its predecessor.

I’ve got the features for the game here:

And here is the trailer for Baseball Riot:

This game improves where the previous game failed. For those who remember, I hated the song that played through the entire game of Tennis in the Face. Of course Baseball Riot has one song that plays over and over again. But this time the song is maybe quieter in the background? But most of all it just isn’t super annoying to hear the whole game through. In fact, I hardly ever even noticed it. Originally, I was hesitant to play this game or I thought I’d have to turn the volume down so I wouldn’t hear the music. I was pleasantly surprised to find that I could actually enjoy the game as I wasn’t distracted by an annoying song.

I loved the sound effects and voice overs (grunts) in this game as well. They were just as fun to hear in the last game. I would have to say that I didn’t like the sound that the baseball made when it struck hard surfaces, but it’s something that you have to deal with if you want to hear the other sound effects. I want to quote myself from the Tennis in the Face review because it still holds true to Baseball Riot.

“The developers had a lot of physical movement in this game and it was primarily by inanimate objects clashing with one another. I have to give them props for really putting the extra effort into making certain that everything had a sound. But it was more than that, every sound sounded really right. They had clarity and proper timing to boot.” 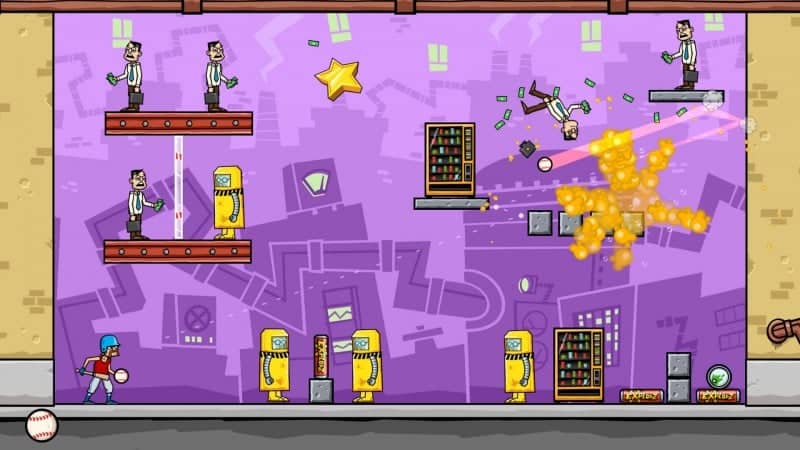 The art style in this series is so cleanly animated. I have a good time looking at the screen. What I mean by that is simply the fact that nothing hurts the eyes and nothing is too small and has to be squinted at either. It’s very good when these flat, 2D games are in HD as it adds so much more depth to the picture. As in adding dirt to clothes or shadows to round or cylindrical objects to make them look more authentic. The colors here are so well balanced. You’ll notice as you progress through the game that each level has different background colors to make you subtly remember that you’re in a different area of the map.

One thing that I mentioned in the previous review was the very simplistic HUD. This game actually has an improved and more minimalist HUD, obviously. I think it’s great that they don’t have tons of information on the screen blocking what you need to see. This helps you see and plan how you’re going to execute your next play. The previous game had the Y and B buttons at the bottom of the screen, mentioning what they do to help remind you. This time, you can just know to press those or by pressing + you can bring up the pause menu and find out what the controls are. The only thing that this game gives you in terms of HUD is a little indication in the lower right letting you know how many baseballs you have left.

It’s worth mentioning that visuals this light will save you on battery life overall. This helps on the Switch as you can play for longer whether you’re on the go or just sitting on the couch at home. If you were determined, you could beat this game (bare minimally) once through with one Switch charge. That’s a bold statement, I know, but just try it! 9/10 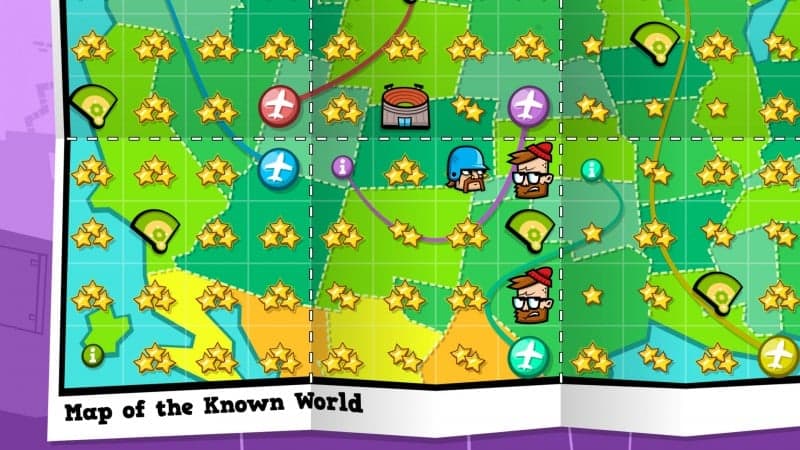 As I mentioned on the review of Tennis in the Face, that game required a little bit of luck. Aiming and hitting the ball in a general direction is only half of what lets you accomplish your goal. Physics is everything else here as the ball seems to be the exact same weight that the tennis ball was in the previous entry. You’d think that they would make the ball heavier and change the physics around, but I just couldn’t feel a difference between the two. So for all intents and purposes, the only thing that is different are some of the characters.

You sort of have to anticipate the way that things are going to react in the game. Glass shatters but if you shatter glass to clear a path, you lose your ball. Explodz containers explode upon impact and you lose a ball. Wood and stadium chairs move if you hit them, but you don’t lose your ball. Vending machines take several hits before getting out of your way. Certain characters can catch the ball or deflect it accordingly. If you hit 3 or more baddies with one ball, then you earn a free ball. Just tons of things to consider before you choose which angle to launch your ball. Pressing Y will reset the screen if you think you could’ve done something better or if you want to try to get the extra optional stars (I explain more in the next section) in a level before continuing.

The game gets ever difficult as you go along, but you get more knowledge on how to play and more useful items sprinkled about. If you ever think, “Man this level is hard as heck!” while playing, the only advice that I can give to you is that you’re playing that level wrong. I would suggest skipping it as it unlocks 2 levels at once usually. Go play the other one and then come back to the troublesome one. Or maybe take a break and come back to it later. I swore up and down that I was doing the only logical thing several times. But then I can back to them later with fresh eyes and noticed another way. Whether it be a little angled corner that I needed to launch my ball at, or aiming at the umpire’s feet instead or the banner that makes a wall at the top of the screen. Just keep your eyes peeled and you’ll be fine.

The fact that we have another fun game like this to take on the go as well is stupendous. It plays, looks, and sounds just fine on the small Switch and the experience looks exactly the same as the docked experience. However, I only played undocked as that’s how I play when I’m reviewing Switch games. 9/10 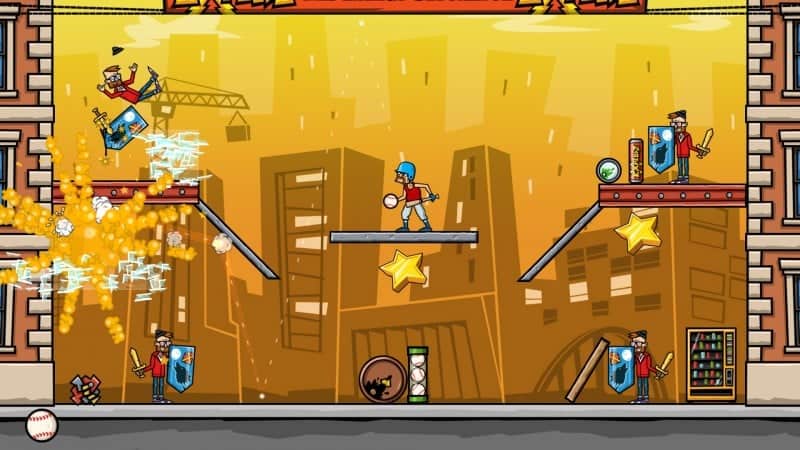 This game seems to actually have a bit more longevity in it as it adds some aspects that Tennis in the Face didn’t have. In the previous game, it judged you on getting everyone knocked down against the amount of balls that you used. So ball conservation was the number one thing that mattered to the gameplay. In this game, the only way to get 1, 2, or 3 stars is to physically hit them with the ball. You have to get as many stars as possible as you go through because at the end of a map section, you can’t leave unless you have enough stars to board the plane. You still get bonus points if you use less balls to knock everyone down and get all three stars. So this game is technically more challenging and it requires more of you to be able to advance. So this game will take you longer to conquer than Tennis in the Face did. All of which will lend to it’s longevity.

You don’t have to get 3 stars on every single level, but most will require at least a 2 star score to add up to what you need. There is no other difficulty other than the primary one. So if you happen to scoot through the game and finish it and want more out of it, you have to just maybe go back and perfect the one and two starred levels to a three star, thus getting your money’s worth. If you really want to up the ante, you can get to the baseball field icons and stadium icons by having enough extra balls obtained from completing levels with fewer pitches. So again, not a requirement for beating the game, but it will extend the life of your game extremely. And for a $5 game, the value is right for a single play through at that difficulty level. 7/10 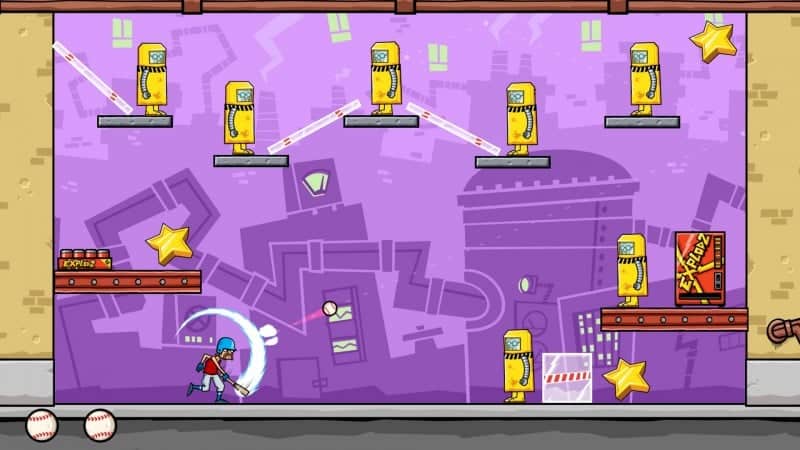 If you’re interested in Baseball Riot, you can find it by clicking here.

@V1RACY
Previous Vita3k – A Experimental PSVita Emulator for Windows and macOS
Next Review: Karate Champ Micro Arcade from My Arcade