Asus Tinker Board is it time to finally pick one up… 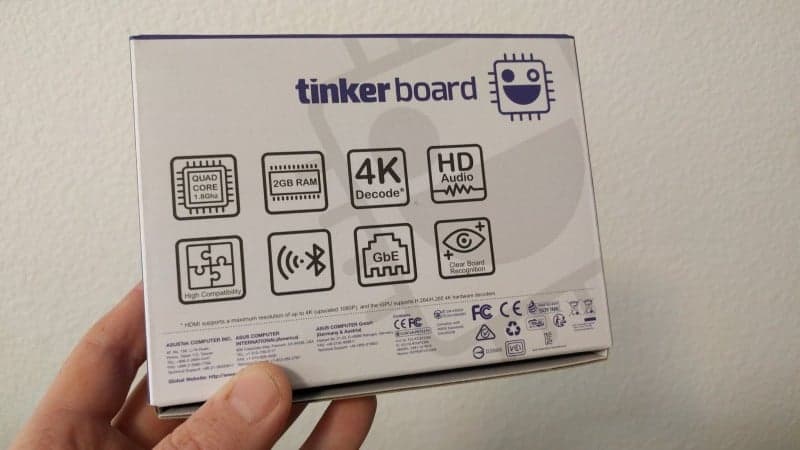 Now bigger companies like Asus are jumping on this trend and they release the Tinker Board about a year ago and a new model coming this summer. They look exactly like a Raspberry Pi3 but has some real power behind it unlike other single board computers and still staying relatively inexpensive at $60 dollars. When it first released last year there were high hopes for it but it took off at a slow start. 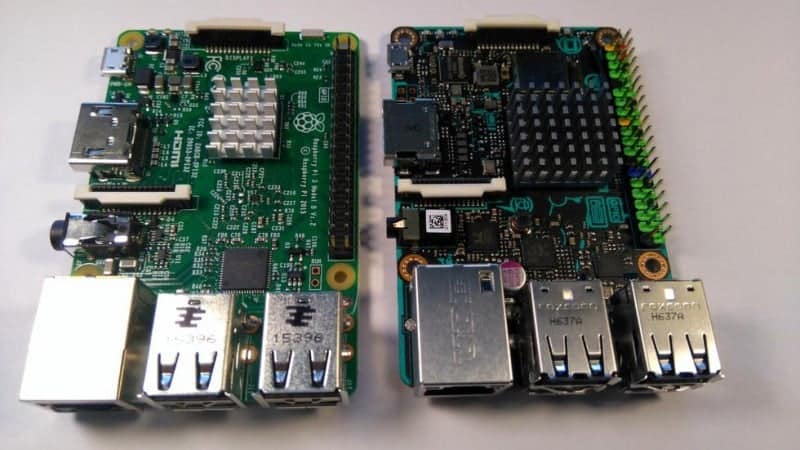 Next thing was none of the OS’s we’re getting updated by Asus. Since Asus is a big company most of us thought that they would have put in more resources to continue updating the software for the tinker board. Luckily this little board caught on in the community and got support/updates from the community which sometimes is better than a company doing it. Since it had enough support I figured it was time to pick one up and see if it could replace my Raspberry Pi3 as my emulationstation/media center.

There are a few operating systems you can run on it but these are the three that I’m going to cover since the Raspberry Pi3 can do these as well… Android, Retropie, and Linux Debian.

Almost all single board computers are running some type/form of Linux as their first operating system that is recommended to be used with it. What makes the Tinker board so much different than the Raspberry Pi3 when it comes to Linux is that little bit of extra power it has. You can really notice the difference from the Raspberry Pi to the Tinker Board as the Linux OS seems to just flow and there is no chugging or slowdowns. 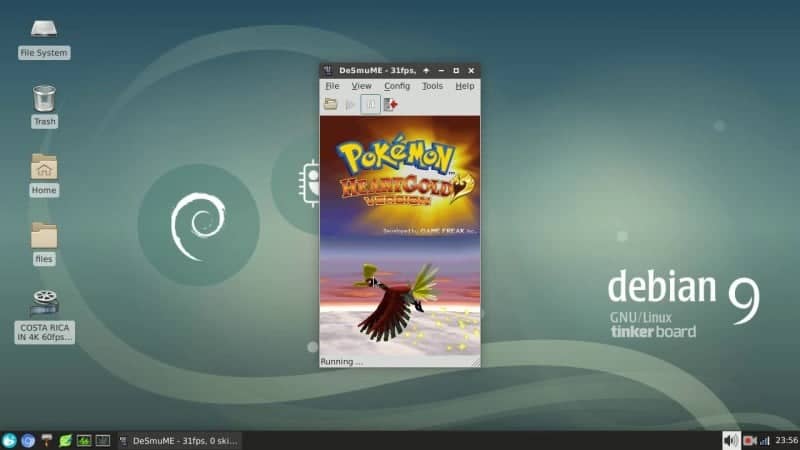 If you are Raspberry Pi3 owner, you know what I’m talking about, for example when you go to open up Firefox it just seems like there’s some hesitation or time delay. This is mostly due to the lack of RAM on the Raspberry Pi3. Where the Tinker board has 2 gigs of RAM to play around with. Another thing we tried running were some basic emulators like NES, SNES, & PSX, etc… Once again the Tinker board did not have any issues running these nor any slowdowns or hesitations. 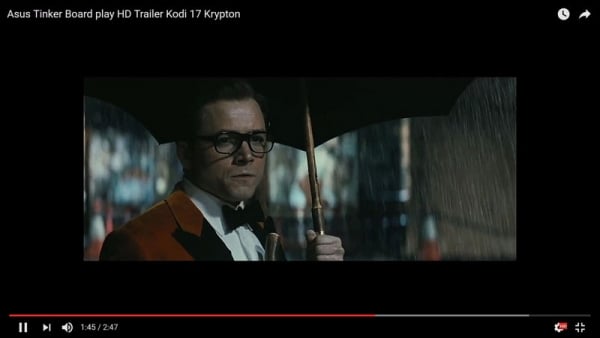 Next thing we checked out was watching and streaming video at different resolutions. While it had no issues running Videos on a USB drive or streaming Youtube/Netflix /Hulu at 1080p it did slow down on some 4k streams. It wasn’t a horrible slow down but sometimes it could get annoying with buffering, once I changed it back to 1080P all those issues went away and it streamed smoothly. My overall experience with Linux on the Tinker board was quite pleasant and definitely will say it’s worthy of being a pocket PC.

The Tinker board can also run Android OS and unlike the Raspberry Pi, it can do it quite well. Now, this is where the Tinker board really excels and makes you go, “s*** this little board really has got some potential to it”. The only thing that kind of sucks with their Android distro is they don’t come with Google Play, so you’re going to have to manually install it but once it’s installed your all good and won’t have to do it again. 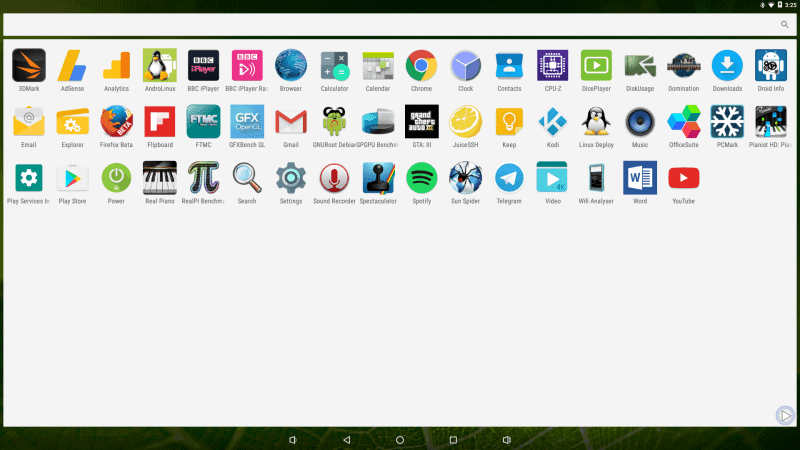 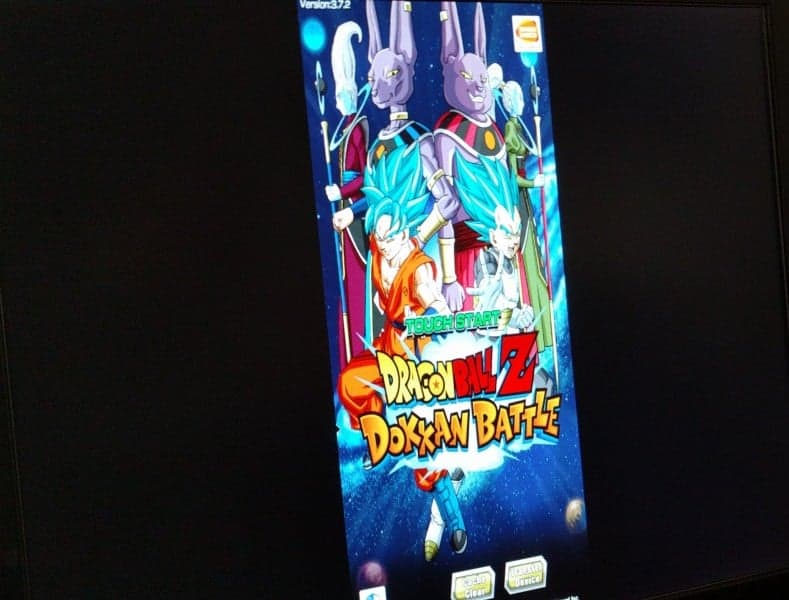 Of course, any game that was completely touchscreen you were screwed but the point is it’s running these apps compared to the Raspberry Pi3 with Android, where most of them would fail or take forever to load. A lot of android games that had controller support worked great and were a lot of fun especially with some of them having free multiplayer in them like shadow gun. 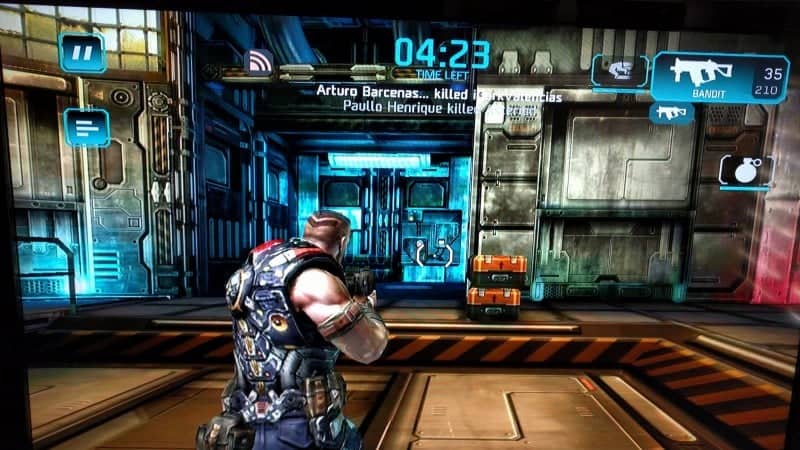 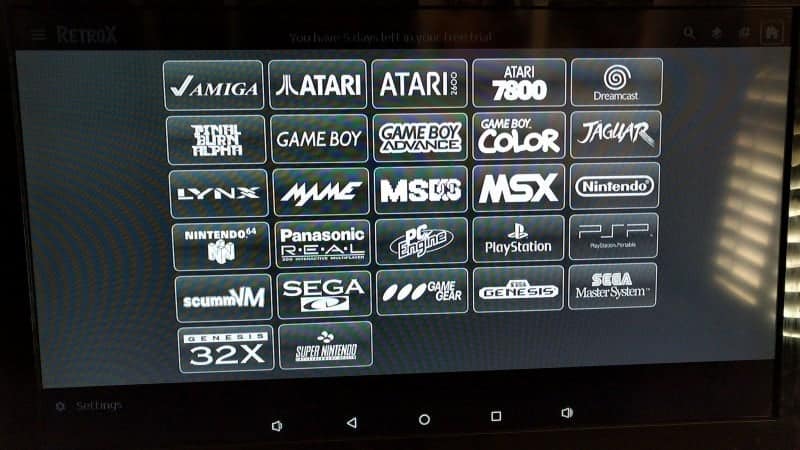 Since I was having so much success with Android running on the Tinker board and some of the emulators I really put it to the test with some high-end emulators like PSP, N64, and Dreamcast. But before I did that I had to set up a controller. I could use either Bluetooth or USB, with USB all of my controllers worked without any issues. I just needed to set them up like any Android device using emulators. 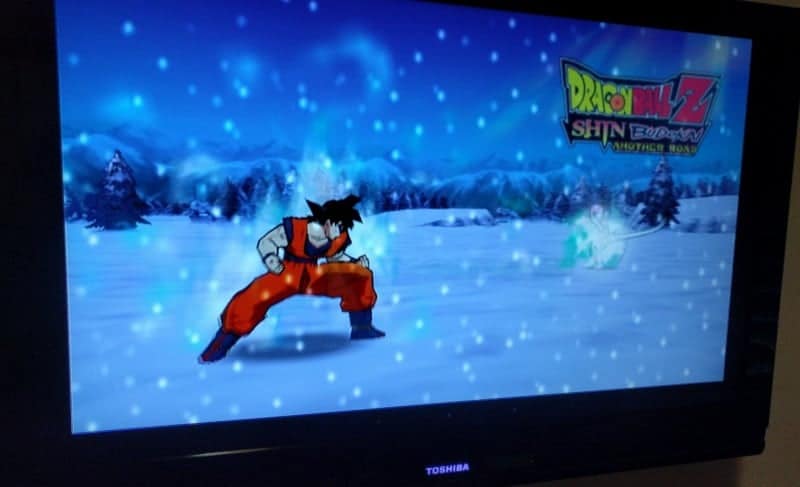 The PSP emulator PPSSPP ran amazing right off the rip without any tweaks. It could play a ton of games at full speed compared to the Raspberry Pi but games like God of War still didn’t run properly. I was happy with the results I was getting but there were still a lot of games that it would hiccup on or slow down to where it became unplayable. It was like I was using a Note 2/3 or S3/S4 Android device with the PSP emulator as I could get a little bit better performance out of my Nexus 6p or S8 but it still did a good job and I would use it to play a lot of  PSP games. 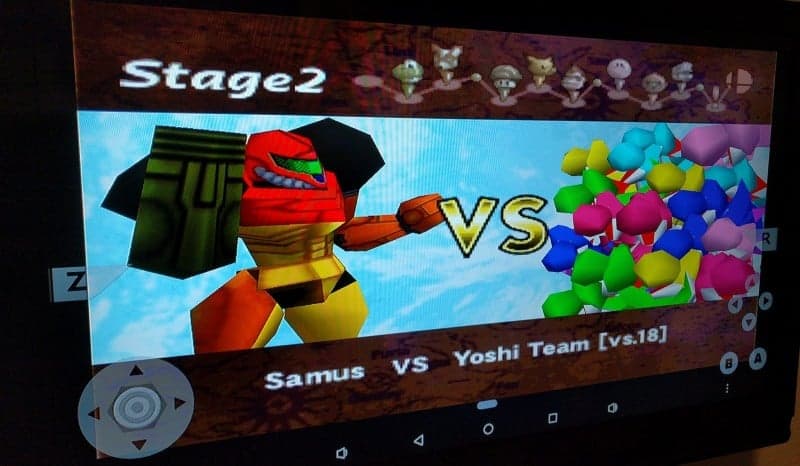 Nintendo64 also ran great and you could tell there was a big performance difference compare to the Raspberry Pi3 running Android. Every game I threw at the N64 emulator it would load and run. A lot of games were a hundred percent playable minus a few Graphics glitches but you would still get an occasional few that would be missing background sound or the character would completely disappear but the game would still be playable to a point. It basically ran just like it would on most up to date android devices but compare to the Raspberry Pi3 it was a night and day difference. 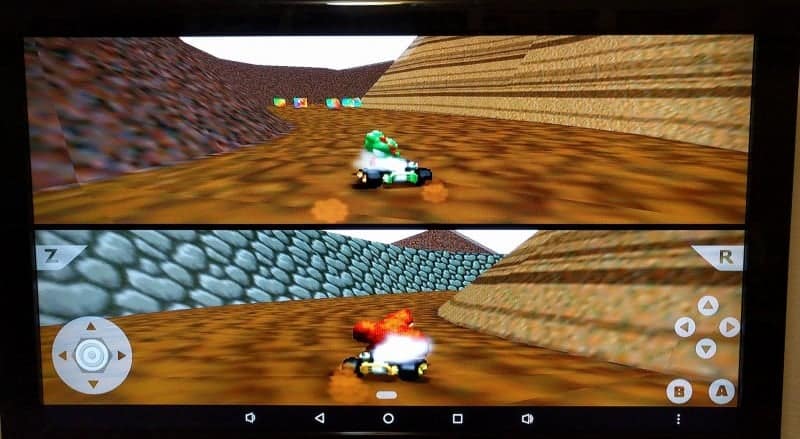 The Dreamcast emulator ran but it still wouldn’t play a lot of games, some games ran ok and other were just to slow to enjoy. So when using Android on the Tinker board you will feel like you have a full-fledged Android phone on your TV. Also streaming services were spot on with it but you might have to sideload some of them as they won’t show up in the Play Store. 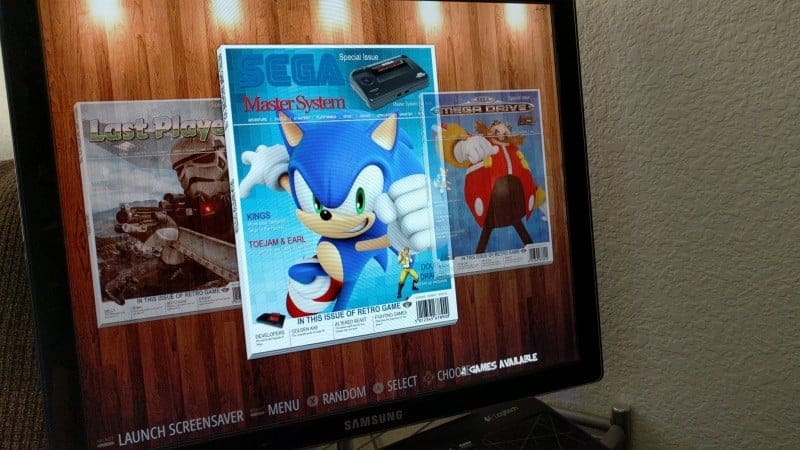 Last but not least is retropie on the Tinker board. Now, when I first try it with the provided image on their website it didn’t run very well. It seems like it was downgraded to run on the Tinker board as you did not see any performance or quality difference. It was also very buggy and could hang on some emulators or games. It was like it was running on a Raspberry Pi with the lowest settings. 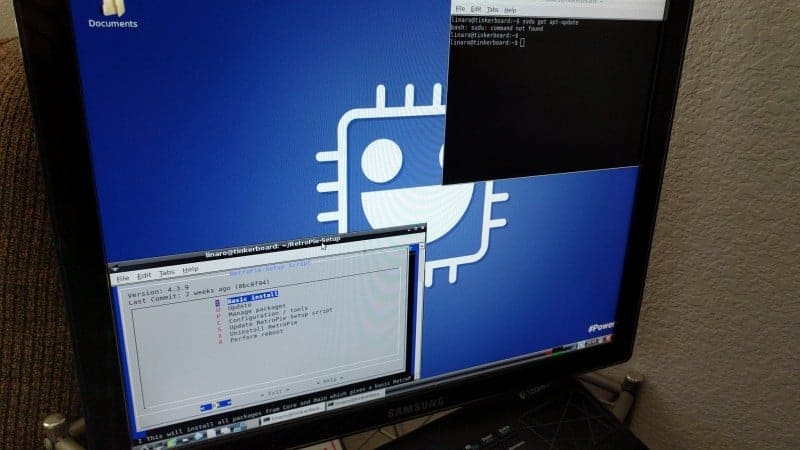 So I did a little digging around in the community I found one developer that was constantly working on the retropie for the tinker board but the only thing is it used Linux as its front end and then just loaded retropie. Of course, he makes it boot right into the retropie but it is easy to get back to the Linux desktop if you know what you’re doing in retropie. The only thing that was different with running it through Linux was it was stable and it actually ran just like a Raspberry Pi3. Like I said you didn’t see any performance difference in PSP emulation, Nintendo 64, etc,.. they were all about the same as a Raspberry Pi3. Which was kind of disappointing since we have that little bit of extra power with the Tinker board compared to a Raspberry Pi.

I had a lot of fun playing around with the Tinker board and would definitely say it’s more of an Android developing board. Don’t get me wrong it can do all your microcontroller projects and so much more with this but Asus hasn’t put out much support for its little board. So it’s kind of hard to say what will happen but so far it has built a good community and has quite a few different options of stuff you can run on it right now.

For me, I’ll end up using it as an Android TV multimedia box as it can play 4K video and runs so well with Android. It could even be a full-blown Linux computer for someone as it would easily replace a Chromebook without a problem and would be great for web TV. For $60 this little board isn’t a bad buy and definitely would say it was worth picking up as it will replace my Raspberry Pi when it comes to multimedia and some emulation.