Digital download versions of the classic Pokemon titles – Red, Blue, Green, & Yellow – will be available on February 27, 2016 for your 3DS. Just in time for the 20th-anniversary celebrations of the original Japanese launch for the Game Boy!

The games will remain largely unchanged in terms of content, but will allow for trading between players using a wireless connection in lieu of the original link cable. There has been no word yet on the possibility of re-kindling our trainer bonds with MissingNo, but us Rare Candy addicts can hope.

Digital Card Limited Edition will also include a physical ‘Game Magnet’ as well as a Town Map and are meant for use with a Japanese 3DS. 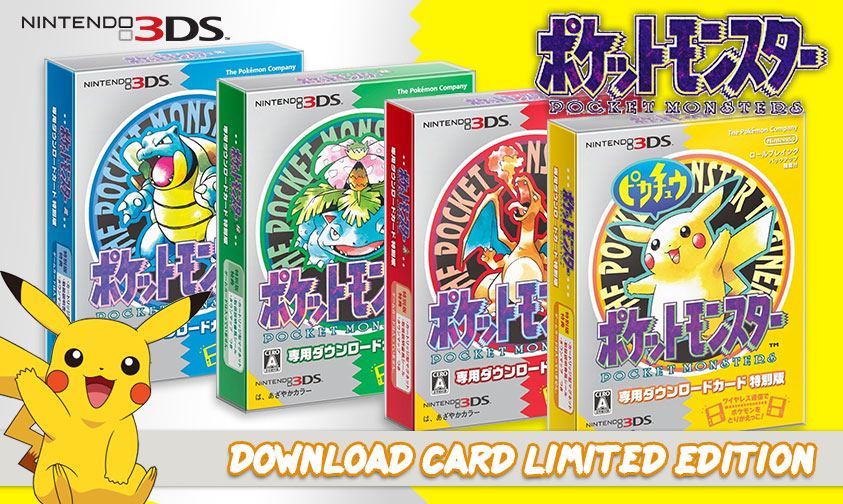 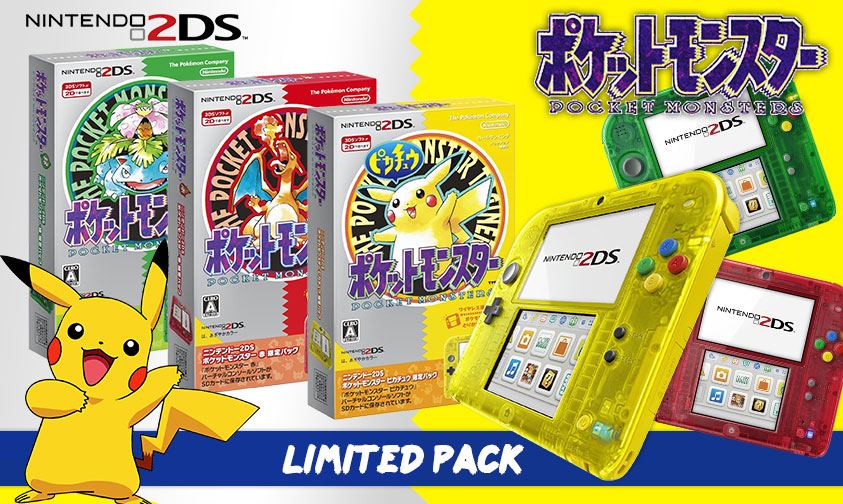 If you’re looking for the full 20th Anniversary experience then you’re in the right place! Nintendo will also be releasing 2DS consoles bundled with either Pokemon Red, Green, & Yellow (pre-installed on a 4GB SDHC memory card) – with each 2DS appropriately colored with a throwback to the translucent design of GameBoys past.

Alongside the game on a memory card, the 2DS Pokemon bundles will include an original sticker, a Mew gift code, & a Town Map.

I like to get everyone the right info and I like to help others get the most from there electronic devices. I enjoy playful cleverness and the exploration of technology. My Motto: You own it, you can do whatever you want with it.
Previous PSVita: Bon Voyage! Kan Colle Kai Is Finally Released!
Next PS3: Habib 4.78 & Cobra 7.3 CFW released with fixed PS2 Sync issue and more

How To: Install an ArcadeModUp Mod Kit into an ArcadeOneUp Cabinet