Summer vacation! It is always a great time, especially visiting old friends you have not seen for six months. However, one strange day, all is not well. Joker is pulled back into the metaverse. How can this be, and what is responsible for causing its return? It is time to strike back in our review of Persona 5 Strikers! 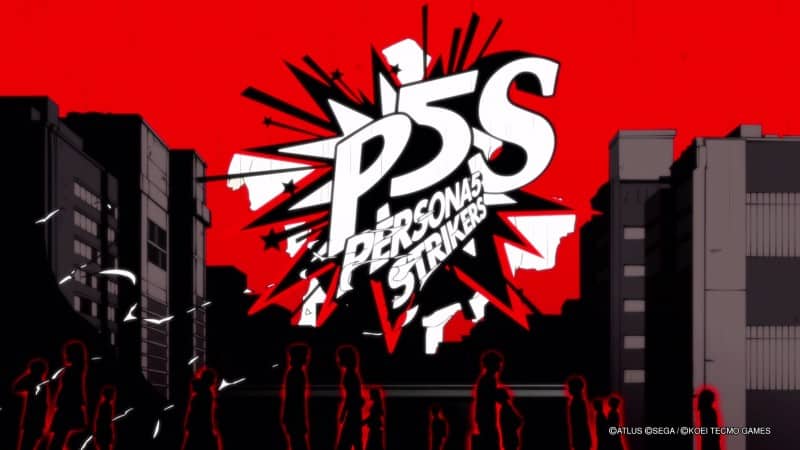 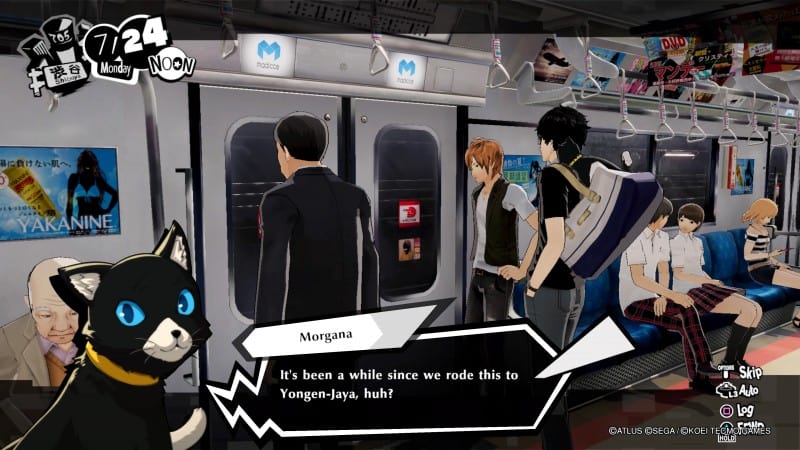 Persona 5 Strikers features a deep story campaign and thrilling combat that makes for a true Persona experience. Visit 6 different cities across Japan, cook tantalizing regional recipes, and lend a helping hand to those in need. Then, fight against the Shadows to uncover the source of the corruption within the Metaverse dungeons. Jump into the story whether you are a newcomer to the series or a longtime fan! 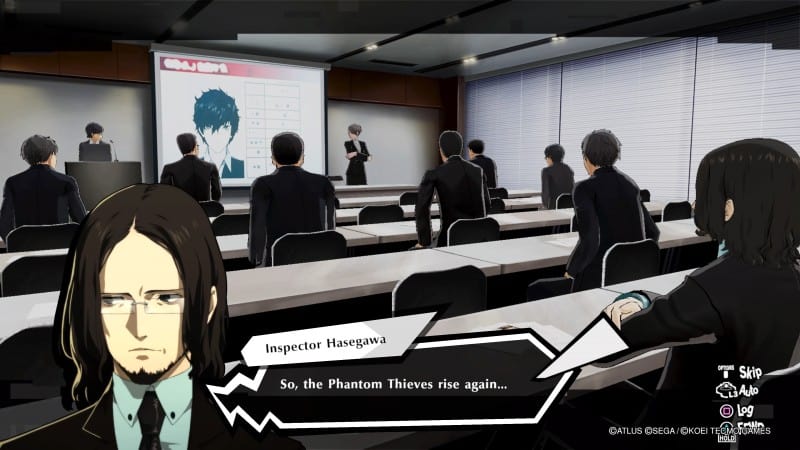 Persona 5 Strikers is set 6 months after Persona 5; Joker plans to return to Tokyo. His goal? Spend his summer vacation with his friends, The Phantom Thieves, whom he has not seen since Persona 5’s ending. However, shortly after returning, he is pulled back into the metaverse (believed to have been gone after Persona 5’s ending) by a strange force. 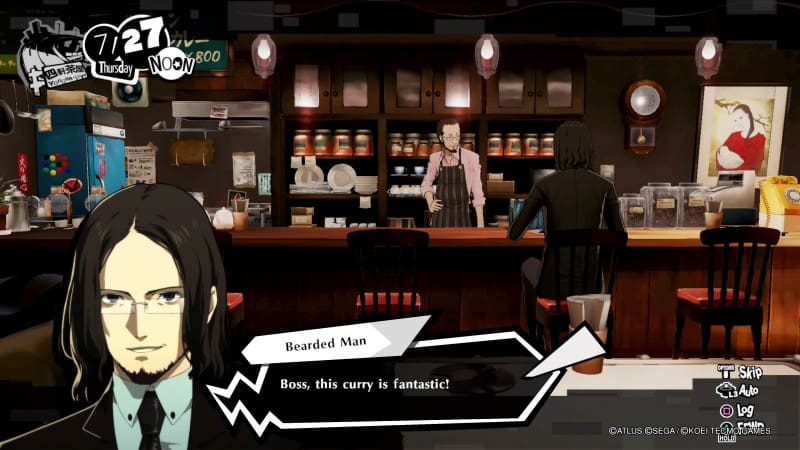 As more goes on, The Phantom Thieves discover there is more to meet to eye with new changes of hearts, more access points into the metaverse, and a fight to prove Joker’s innocence for a crime he did not commit. In true fashion, the story delivery is done well in Persona 5 Strikers. An actual improvement from Persona 5 to Strikers is the pacing is better than Persona 5. Persona 5 Strikers introduces the elements needed to know and throws players in right away. 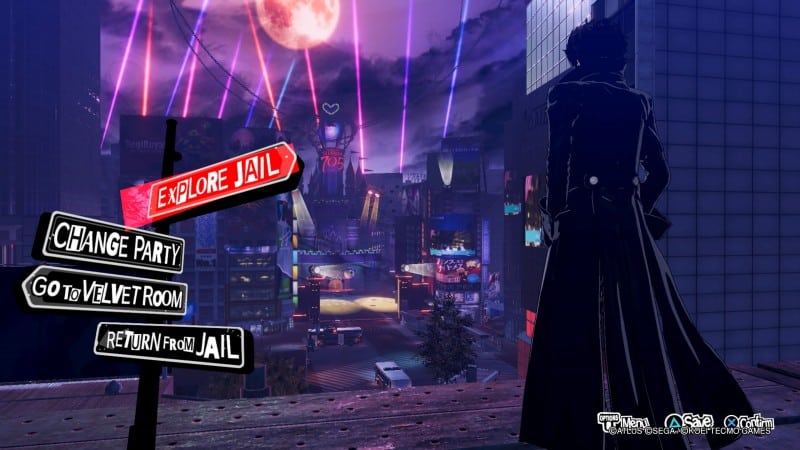 The story is considered a sequel to Persona 5 (and Persona 5 Royal depending on how you look at it). However, it is stand alone. There are subtle references to the past game, but it is largely contained in its own story. New players and veterans will feel right at home.  Additionally, the gameplay is not traditional Persona turn-based combat. It is more of an action-adventure RPG format. Let’s take a look at the gameplay section. 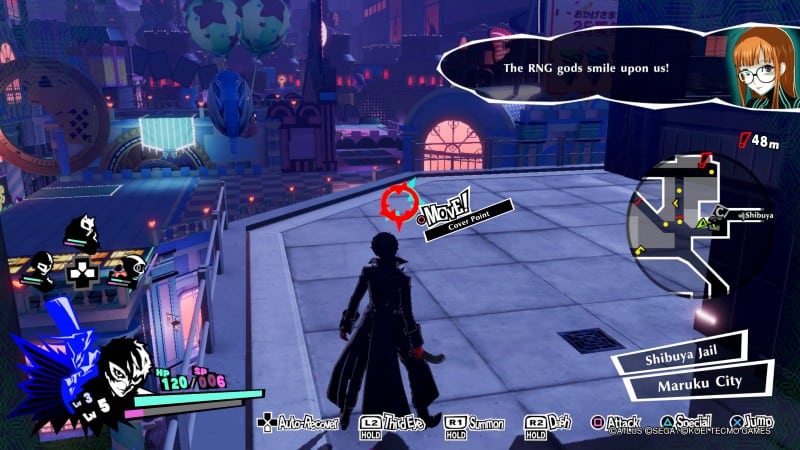 Persona 5 Strikers breaks away from the traditional turn-based format. It is in more of the action format, with RPG elements sprinkled in. The game introduces a tutorial with each new mechanic, and there is a reference point to refer back to with the gameplay. In short, players are given free roam to run, jump, attack, and use their personas in battle. Players are also not limited to just playing as Joker. This time around, players can play as any members of The Phantom Thieves. This plays into the battle strategy, as each character has their own specialties besides the basic attacks. 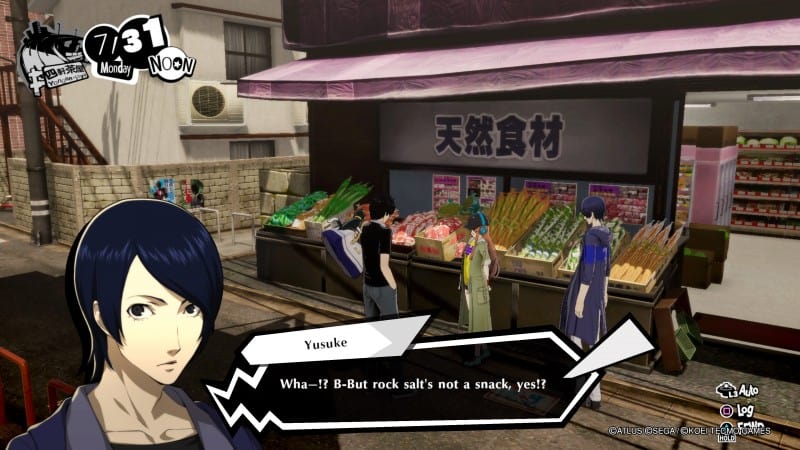 The gameplay is not just limited to the metaverse dungeons. Players get to explore several different cities to learn more about the story. There are new locations for veterans to visit as well. All of this is accompanied by more matured characters, with the same persona 5 charm during the course of the gameplay. Persona 5 Strikers feels like a true sequel in every sense of the word. 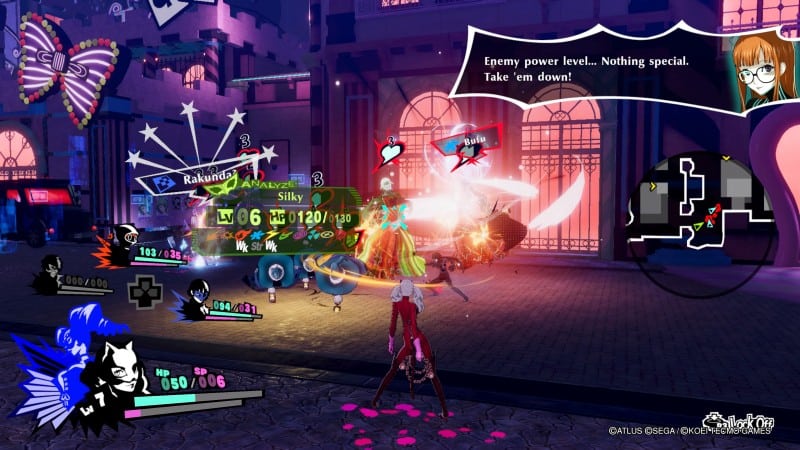 There is very little load time on the Playstation 4, and that load time is even shorter if playing on the Playstation 5. I have not had a chance to play the Switch version yet. If I get the opportunity to do so, I will update this review with impressions. This goes double for the steam edition. For now, let’s jump over to the audio and visual section. 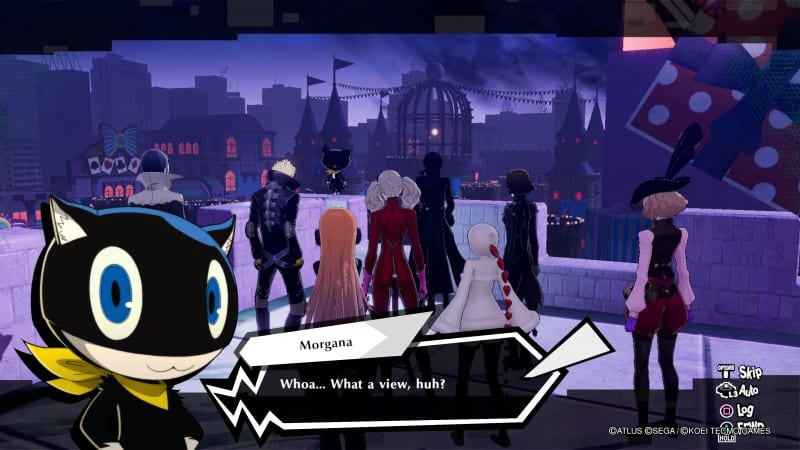 Visual wise, Persona 5 Strikers looks fantastic. It has the same aesthetics as Persona 5 (and royal). It has a very anime look to match the very anime feel. Some cutscenes look fantastic in the game too. The environment to explore from the world to the metaverse dungeons is also brought to life thanks to the game’s art style. 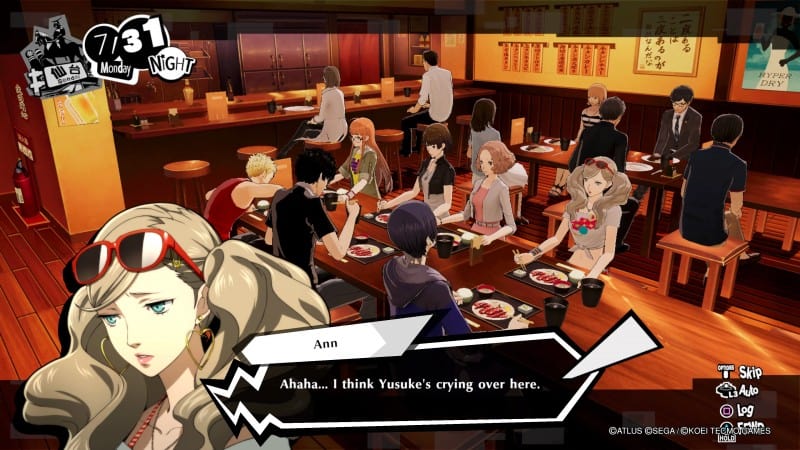 Audio-wise, the soundtrack is fantastic. There are tracks from Persona 5, remixes of those tracks, and new tracks. Additionally, if players have to save data from Persona 5 and Persona 5 Royal, their battle tracks are unlocked to use in combat. The voice acting is top-notch as well. The voice actors from the previous games all reprise their roles in this game. Everything sounds fantastic and well done in the game. The voice actors are extremely dedicated to their roles as well. They capture the charm and feel of the characters that veterans of Persona 5 have grown to love. 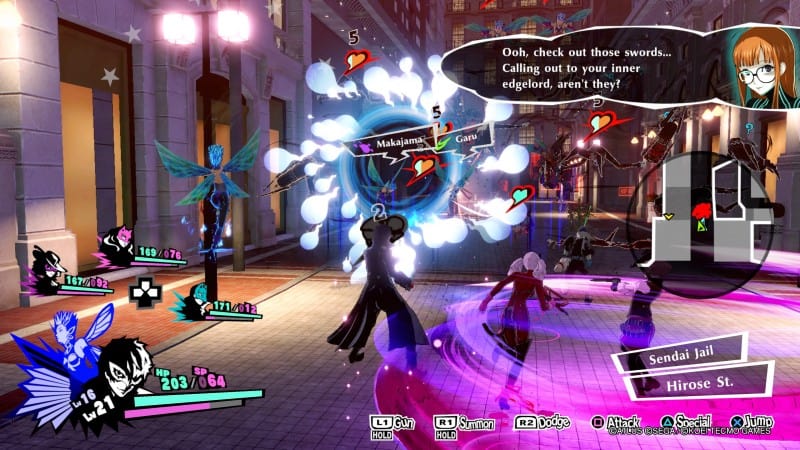 Persona 5 Strikers was an enjoyable summer vacation trip! While the combat does get slightly repetitive, it does not overstay its welcome. It works well and is fun all around. Additionally, you get that feeling you are reuniting with an old friend when playing this game if you played Persona 5 (or Royal) before this game. The charm, emotions, and just overall feel of the game is all there. It is a joy to play. There is even replayability as there is a post-game, or as Persona 5 Strikers calls it “The Post-Clear Game World”. 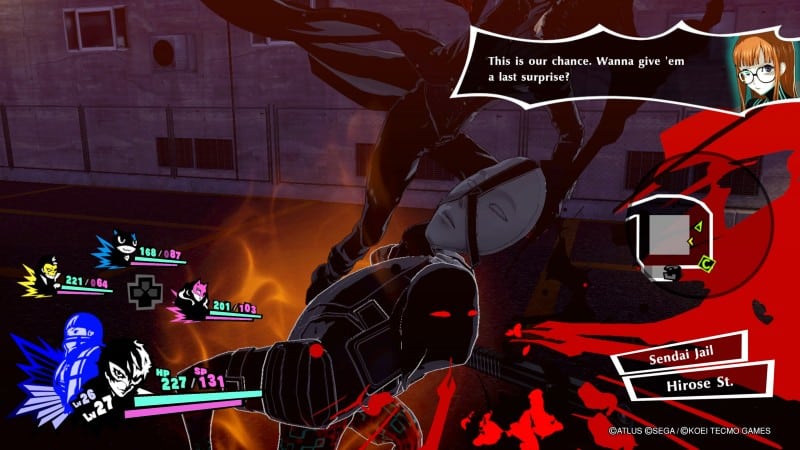 Persona 5 Strikers is a fun addition to the Persona franchise. It is just the right length, does not overstay its welcome. It was a great time to play The Phantom Thieves once more. There may be in store for them in the future, but Persona 5 Strikers does them justice for now. It is doing well to stand on its own two legs and create its own identity from other franchise games. 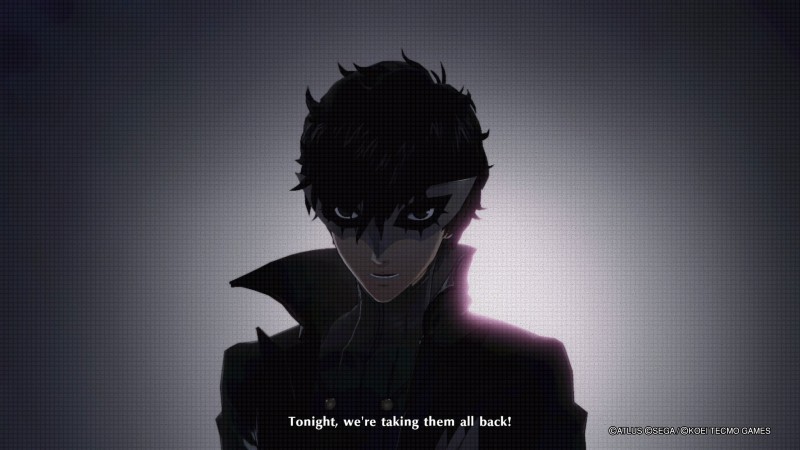 Newcomers will enjoy the fun gameplay, wonderful music, great characters, and immersive story. Veterans will enjoy returning to Tokyo, reuniting with old friends, meet new characters along the way, and seeing how much these friends grew during their time away. Persona 5 Strikers has something for everyone and should be experienced.

*Special thanks once more to Atlus/Sega PR for the Playstation 4 review key!*

A gamer and jack of all trades. I enjoy many things, but overall just enjoying life. Hopefully, I can add enjoyment to your life through my articles or interactions.
@mgs2master2
Previous How To: Install Magic Screen kit into Game Gear
Next Fallen Legion: Revenants (Review)