In a world shrouded in war and a mysterious miasma, there seems to be no hope outside of Welkin Castle. However, even strife occurs within the castle. It is up to our protagonists Rowena and Lucien to discover the mysteries within (and outside) the castle and find a light of hope to lead a new change. Will the choices made by Lucien and Rowena lead to a bright future, or will the world descend further into madness? Let’s take a look at this world through our review of Fallen Legion: Revenants. 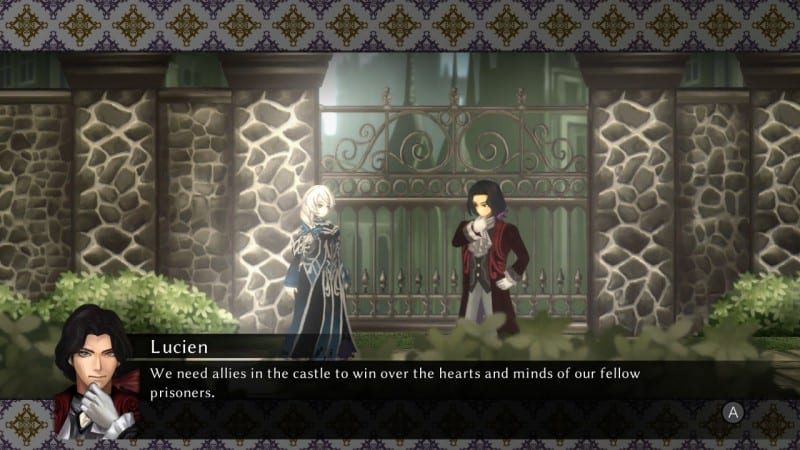 *Special thanks to NISA PR for providing a Nintendo Switch Review Key!* 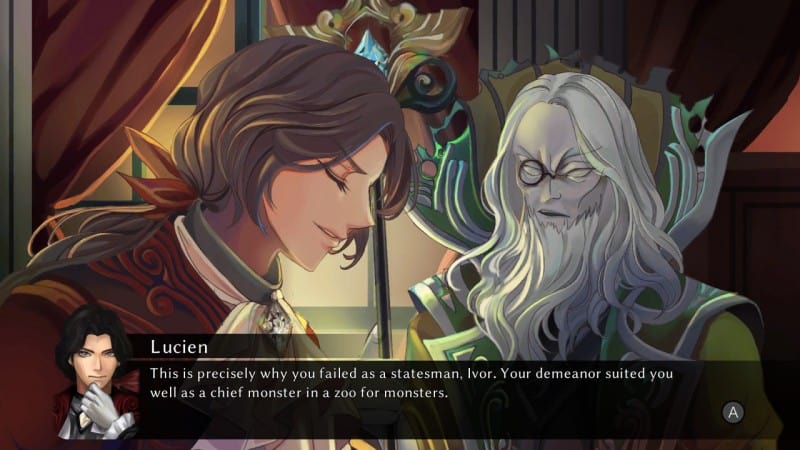 In a world covered in miasma, a floating castle is the last refuge for mankind. The earth is scarred with creatures altered by the plague while Welkin Castle is isolated in the sky from the horrors below.

Lucien, a charismatic politician protected within the castle’s walls, discovers an ancient book where he learns of the Exemplars, weapons that can turn into sentient soldiers. He joins forces with Rowena, a revenant determined to find a way to come back to life to raise her living son, and the two reluctantly make a pact to overthrow the mad tyrant controlling Welkin. 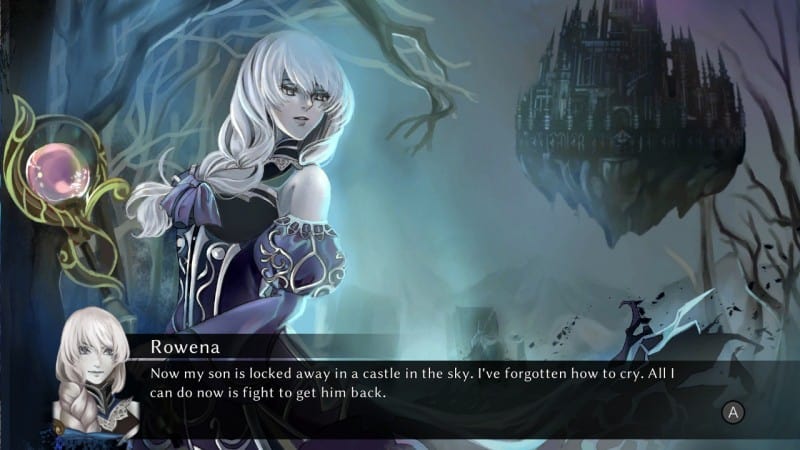 The story of the game is one delivered in mystery. There are many different key points in the story of Fallen Legion: Revenants. The game will have the player divided between both main characters as they explore the walls of the castle with Lucien and outside of the castle in the poison, plague world with the revenant Rowena as they discover what is going on with the world. Their ultimate goal is to take control of Welkin Castle and overall improve the condition of the world. 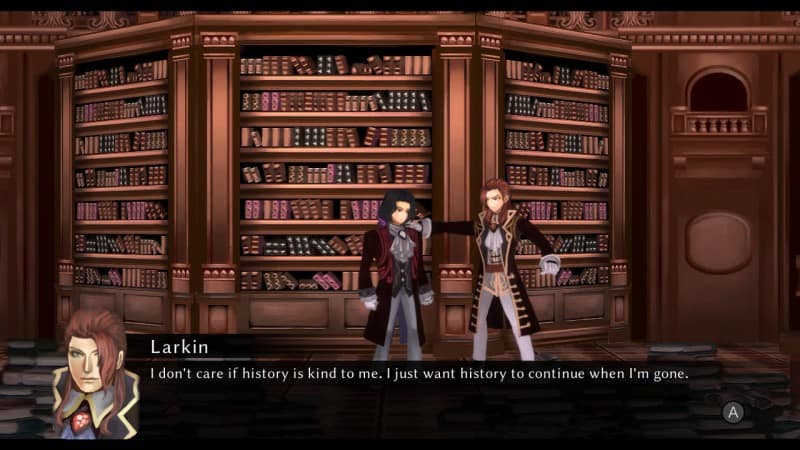 Each stage delivers in terms of the story, where a portion of it is in the world with Rowena, defeating monsters and learning more about the mystery out there, and making important choices with Lucien in the castle. It provides an equal balance of the storytelling for each character in Fallen Legion: Revenants. However, with this type of story, how does the game control? Let’s take a look at our gameplay section. 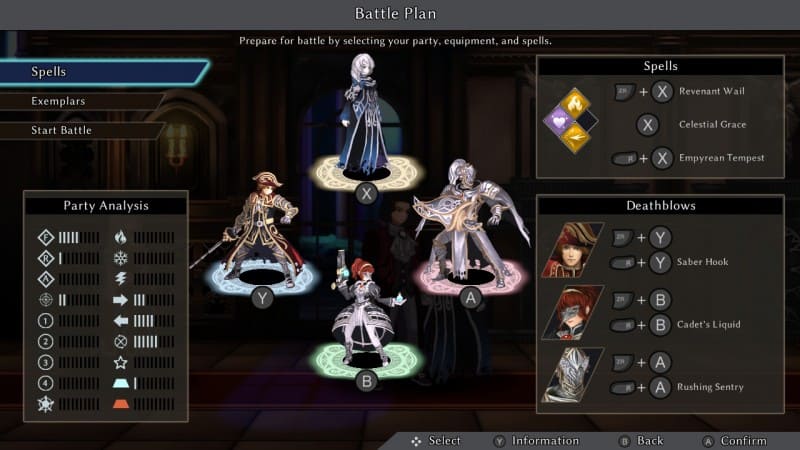 The gameplay is divided depending on the person in Fallen Legion: Revenants. While playing as Rowen, you are traversing the world outside of Welkin Castle. This is an “on-rails” side-scrolling battle system. Players will run to the right of the screen until enemies pop-up on the screen. Once those enemies appear, the battle begins. Rowen has a team of Revenants that battle the enemies that come on screen. Each revenant is assigned to a button. Once the time meter fills on each character, they can attack or do a special attack. Fallen Legion: Revenants has a great tutorial that explains all of this in-game. 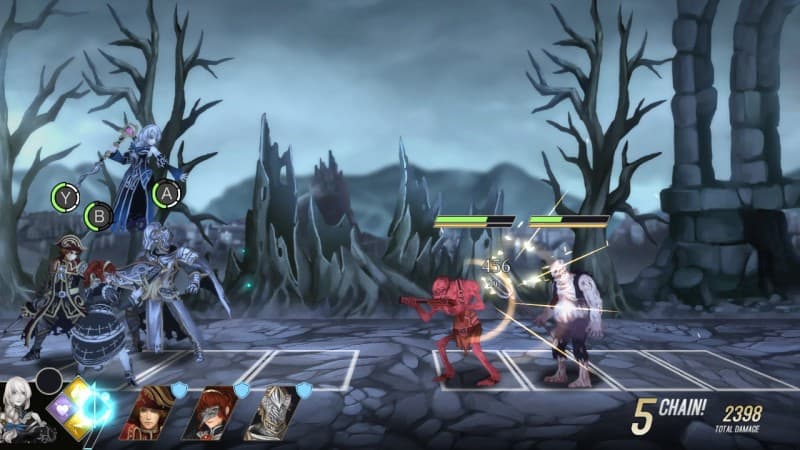 The battle system is very simple but does require a degree of strategy. Players cannot simply just mash their way through each battle. It is a sure-fire way to lose the battle. The battle portion of the game with Rowena is well done and offers the right degree of challenge for all players. However, where does Lucien fit in all of this? His portion of the game comes in each battle in a different type of sequence and outside of battles. 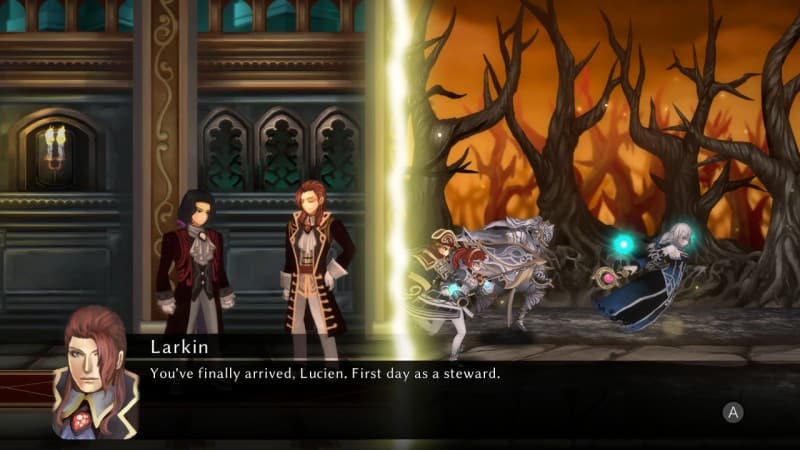 Lucien’s “battle” portions appear in each stage. Players will get a timed sequence where they play as Lucien. During this sequence, they have to address an event that is going on within the castle. Players will need to learn about the current politics going on within the castle, what other residents think, and help push the agenda that they may think is the best. The choices made by the player in these sequences do matter and they contribute to the story as it progresses. Outside of combat, you are playing as Lucien during the exploration of the castle. This is basically the in-game hub. Players can upgrade their Revenants, save their game, and speak to other NPCs n the world.

Audio-wise, Fallen Legion: Revenants delivers audio well on the Nintendo Switch system. Whether if its docked or handheld mode, the audio sounds great, the music soundtrack is fantastic, and the voice-over work done within the game is well done. The developers took their time to make sure this portion is done well, and it shows.

Visually, the game looks in-line with the previous Fallen Legion tiles. It has been improved to some degree and has the very anime look. That works perfectly with the type of game this is. 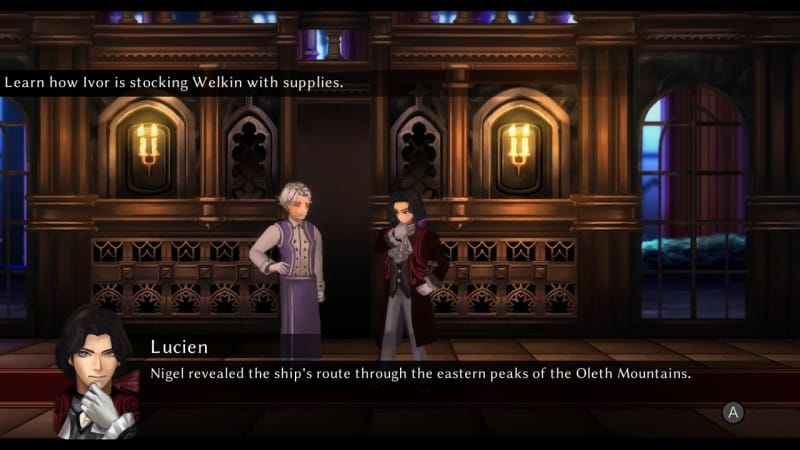 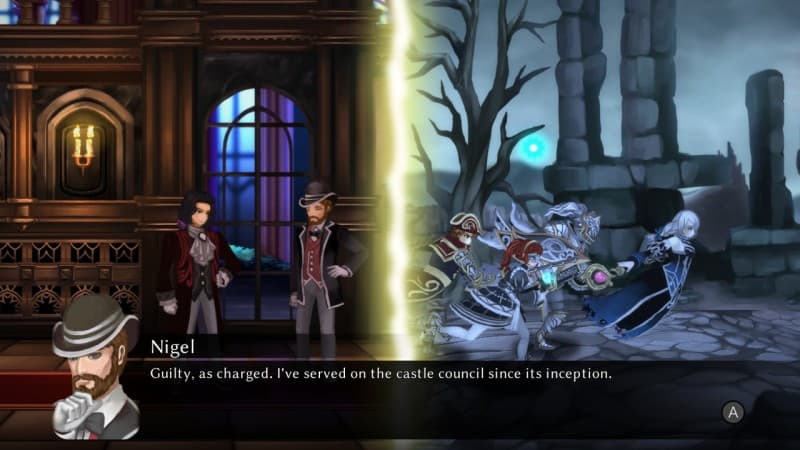 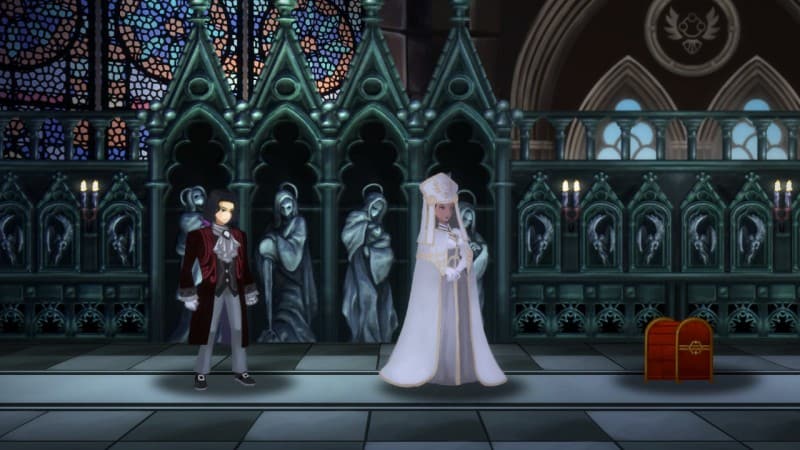 Fallen Legion: Revenants is a fun game. It provides a unique experience in terms of story-telling as well as gameplay. There is a hint of strategy and allows for multiple branching paths within the game. Ultimately, this experience is one that is not explored often in gameplay, so the developers took a chance and it is a fun experience. 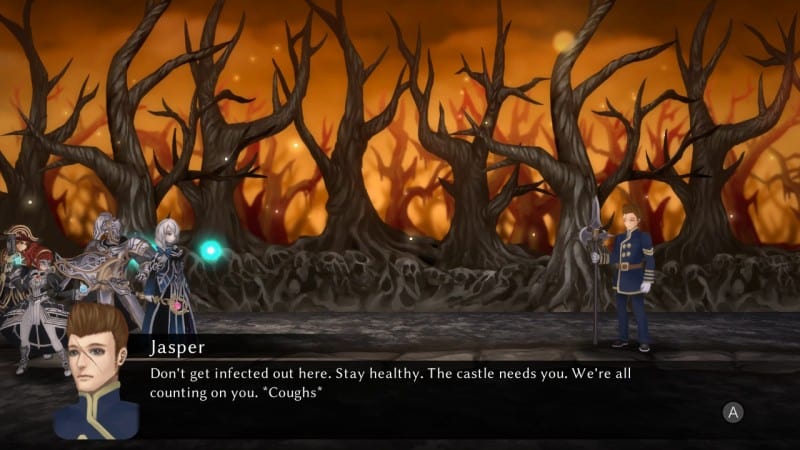 Fallen Legion: Revenants may be considered a niche title. However, it is not one that should be missed. I was engaged with the story and the simple gameplay compliments it. It was one of the most fun experiences I had in a video game within the last couple of years. After the previous titles, I did not expect another entry in the franchise, but I am glad the developers had another opportunity to make another title.

If you want a fun action RPG game, with a unique story, and simple gameplay then Fallen Legion: Revenants is up to your alley. It may fly under the radar, but it is an experience that someone should take the opportunity to check it out. It is the most recent entry in the franchise, and it plays the best out of all the titles to date.

*Special thanks to NISA PR for providing a Nintendo Switch Review Key!*

A gamer and jack of all trades. I enjoy many things, but overall just enjoying life. Hopefully, I can add enjoyment to your life through my articles or interactions.
@mgs2master2
Previous Persona 5 Strikers – Review
Next RetroArch latest Open Hardware Project will let you use your own Cartridges with ease…