How To: Upgrade a Game Boy Advance Shell

If you’re an owner of the non-SP version of the Game Boy Advance, we have a tutorial for you! You have your beautiful, comfortable, taco shaped handheld and you want to swap the shell. Maybe it’s getting dinged up, maybe it’s splitting apart from stripped screws. No matter the reason, you’re wanting to change, but you’re unsure how. Well, this tutorial is for you. At the bottom, we have a link to the kit used in this article. It’s only $10 and it’s grand. If you want to read more about it, click here. Otherwise, let’s start the show! 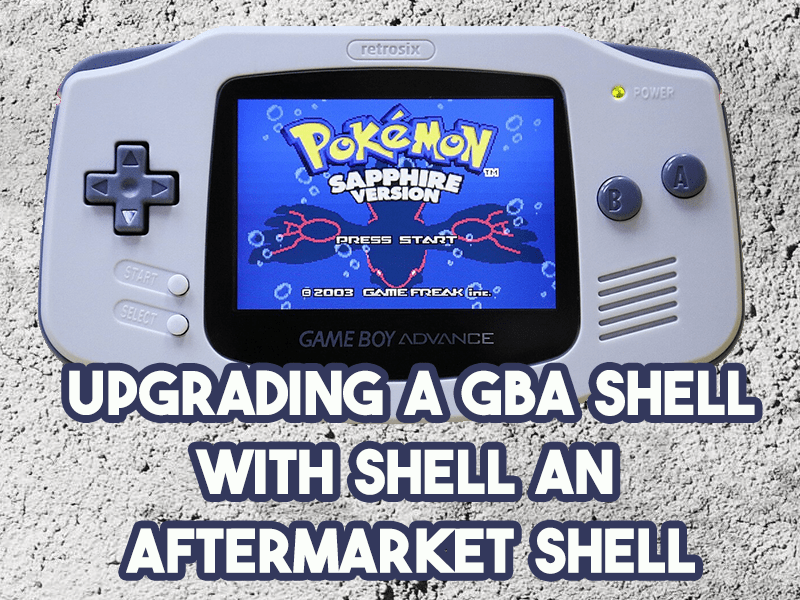 What You Need First:

Video Tutorial (for those of you who don’t want to read):

Text Tutorial (for those who don’t want to watch an 11 minute video):