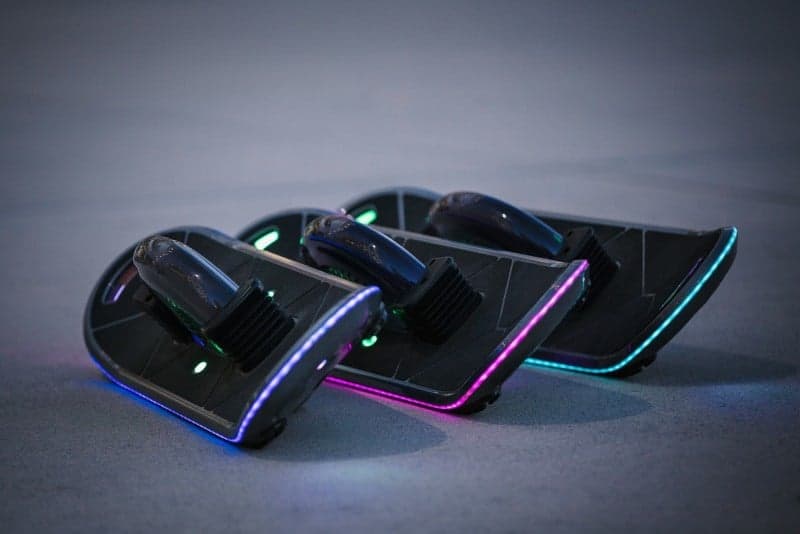 Hoverboard Technologies appeared on Kickstarter with their one-wheeled, gyro-stabilized personal electric vehicle at the end of September. Despite failing to reach $500,000, reaching only slightly above half of the pledged sum, they received much positive response, as well as 5 million social media impressions (from September 1st to October 22), and close to 100 major articles in the US alone. So unlike most failed Kickstarter campaigns, this one wasn’t demotivating, but the exact opposite.

As to the fact that the Hoverboard is one-wheeled, that’s what make it different from its competitors that rely on using magnetic fields in attempt to emulate Marty McFly’s Back To The Future II hoverboard.

According to the company, moving on the Hoverboard is “exceptionally intuitive”, but like any board sport, it takes practice. Speed is controlled by leaning forward and back. No hand controls are present.

“The experience evolves from a feeling of hovering, to fully surfing on land.” Watch the video below to get an idea:

I don’t know about you, but to me, the movement seems super smooth, and it looks like a lot of fun. Hoverboard Technologies also add that the unlimited number of potential maneuvers is not limited thanks to the narrow wheel and electric power, so “the Hoverboard never gets boring”!

“This is NOT the two-wheeled mall-crawler.”

The presenation will start tomorrow at 3:30pm located in The Venetian, room Bellini 2005. The presentor will be the Hoverboard’s inventor Robert Bigler. Live demonstration will be a part of the presentation.