The Nintendo Switch is becoming to be the #1 go to system for homebrew, apps and Emulators. Today a gentleman that goes by the name of bobdamnit at GBATEMP posted up a video of Super Mario Bros 3 forwarded from Retroarch to the Switch Main home Menu! The name of this method is called Retroarch NSP forwarder!

Now this method have been around for quite some time and have been done on Consoles like the 3DS and the Nintendo Wii. What so cool about this method is that You can basically take any game from a emulator such as N64, Snes, Genesis, MAME, and probably a PSX title and have it right on the home menu. 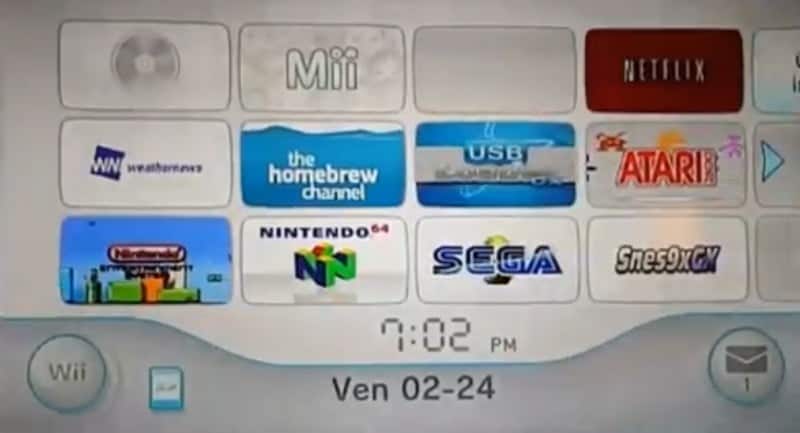 Forwarded channels on the Nintendo Wii

You will also be able to add a icon to the game that you want forwarded to the home menu. When you open up the game you forwarded on the home menu, Retroarch will then launch the game and run it directly from the main menu. This is more of a welcome convenience when you look at it especially if you have a favorite retro title.

This method is a little tedious to do but if you want to give it a try, you can follow the tutorial at the end of this article. Let us know how it worked out for you and what game you forwarded to the home screen in the comments below.

◦ keys.dat (I recommend using Lockpick to dump it)

In this step we will rebuild hbloader to change the title ID, name (as in title displayed in HOME menu) and author. Everything happens in the modded hbloader sources you should have downloaded and extracted.

◦ genetate a new title ID by using random_tid.bat. Write it down somewhere. The title ID must be different for each NSP you install!

◦ open hbl.json and set “name” to the name of the game you want to forward (only for display purposes). Set “title_id”, “title_id_range_min” and “title_id_range_max” to the title id you generated (don’t forget to add 0x in front of it).

◦ open Makefile and set APP_TITLE to the name of the game you want to forward (only for display purposes) and APP_TITLEID to the title if you generated (this time without 0x). You can also change the author and the version if you want.

◦ in the devkitpro environment, run “make clean” and “make”. If everything went correctly, you should now have a “build” folder with some files in it.

◦ create a folder called “control” where hacbrewpack.exe is

▪ copy your 256×256 JPG aswell and rename it “icon_AmericanEnglish.dat”

◦ create a folder called “exefs” where hacbrewpack.exe is

▪ inside, copy both “main” and “main.npdm” from the hbloader build folder

◦ create a folder called “logo” where hacbrewpack.exe is

▪ inside, copy both “NintendoLogo.png” and “StartupMovie.gif” from the logo folder of the modded hbloader sources

▪ or you can use your own images here, they are displayed in the corners of the screen when loading (normally Nintendo logo and animated Switch logo)

◦ now the important part: create a folder called “romfs” where hacbrewpack.exe is

▪ in “nextNroPath”, write the path to the core on your SD card starting by “sdmc:” (for example sdmc:/retroarch/cores/quicknes_libretro_libnx.nro)

◦ If everything went fine, you should have your NSP in the “hacbrewpack_nsp” folder (called by its title id)

If a content path is set in argv when running RetroArch, the content is loaded instead of opening the menu.

This is a simple mod of hbloader which reads the NRO path (“nextNroPath”) as well as argv (“nextArgv”) from its romfs.

I've been a gamer ever since Nintendo first came out with their home console. I've always been intrigued by video games and electronics. The first game I beat was super Mario Bros. I'm in my mid 30s but you are never too old to play video games. I can see myself at 80 years of age still playing video games. I'm always reading and catching up on the latest gadgets, hacks and mods. I'm a family man with a wife and three beautiful daughters, life is what you make it, have fun and enjoy it to the last breath!
@dujuandrock
Previous C.E.S. Gaming Highlights (Hyperkin, My Arcade, Arcade1Up, Retro-Bit)
Next SNES games may be coming to Nintendo online service!