Welcome to the future in the world of Exile’s End. It is a bleak, desolated time where everything on Earth is under control of a corporation. When an emergency situation occurs, Jameson (you) and his team are sent to a remote miner colony on another planet. What horror awaits on this planet? Find out in my experience of Exile’s End. 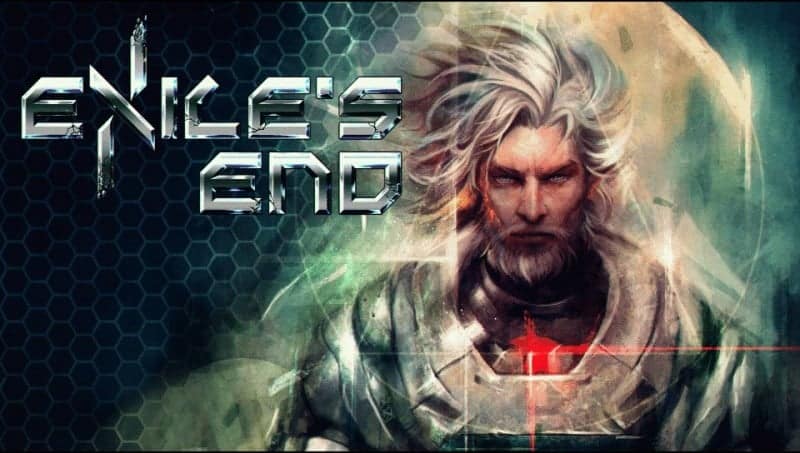 *Special thanks to Xseed for providing the review code and being very patient while I was getting myself and my life together to get back into the swing of things. You guys are some of the best people around. 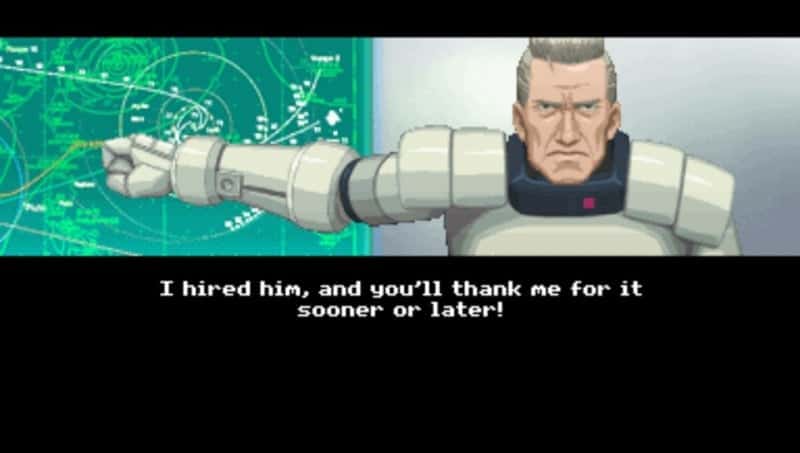 In the far future, a massive corporation called Ravenwood controls commerce on Earth and on numerous other worlds across the galaxy. They are not unlike a nation, with their own army, economy, and would-be government.

When the son of Ravenwood’s president goes missing on a remote mining planet, and all contact with the miners’ colony is lost, a mercenary team is hastily assembled and sent out to determine just what happened. Among the members of this team is Jameson, an old soldier with a dark past he’s trying to forget.

Just as the ship carrying Jameson and his team arrives, however, it experiences a catastrophic electrical failure and crash-lands upon the planet’s surface, with Jameson the only apparent survivor. Trying to reopen communications with the Ravenwood corporation, he comes across what’s left of the mining operations upon this desolate planetscape, and learns a truth far more sinister than he ever could have imagined…

While the story is a fascinating story, with several twists and turns, the presentation is something else. You get a mixture of the 2D field with dialogue on screen, and some cutscenes that will present the story. 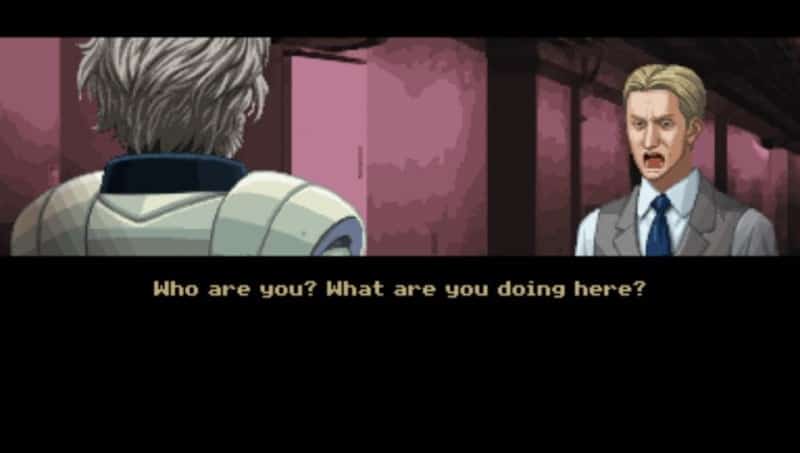 While this is good in the cutscene aspect, the story being delivered in the gameplay aspect is okay at best. You have to not press a single button, or else it just completely skips everything, and in a game like this, you need to pay attention to the story and dialogue to know where to go next or else you will just wander aimlessly. Mix that with autosave immediately right after the dialogue or story delivery, and you are set up for wandering all the time til you stumble across the next story sequence. 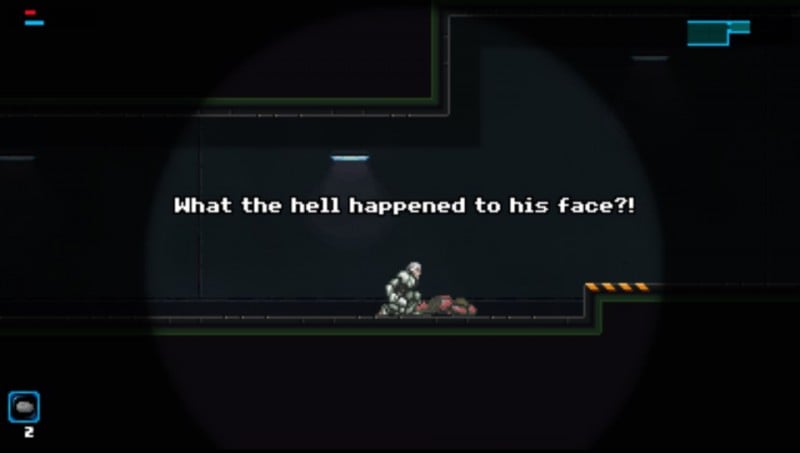 I can see what they were aiming for, this was meant to be a throwback to a classic genre and an up to date remake of Inescapable, which released in 2014 on steam. They added a retro twist alongside updated several features with multiple endings.

Intro/Story (presentation) score: 3/5. A solid story plagued with several issues that may ruin the experience overall for some players. 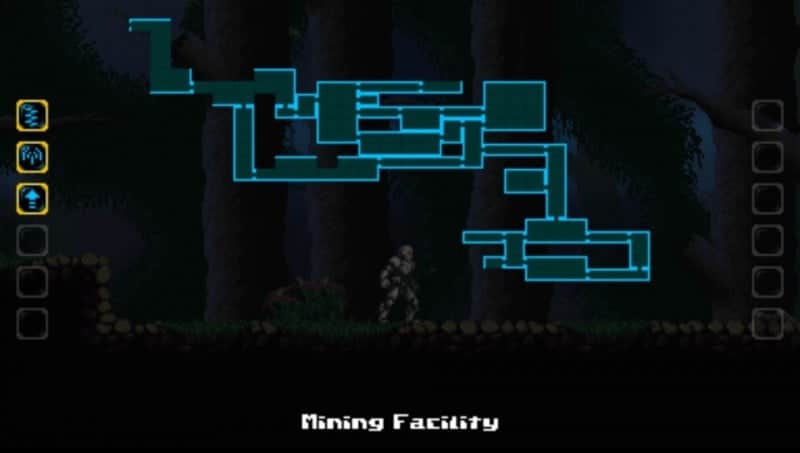 The gameplay itself is very linear. You are on a 2D plane walking from one screen to the next. Occasionally there is a secret here and there and enemies to take out. When you first start the game you have very little means to actually combat these enemies you encounter. This will give you that sense of urgency to find a weapon or finding a means of avoiding an enemy. However, once you get a few weapons, this takes away the difficulty aspect. You get ammo drops on nearly every enemy afterward and it negates most of the difficulty. 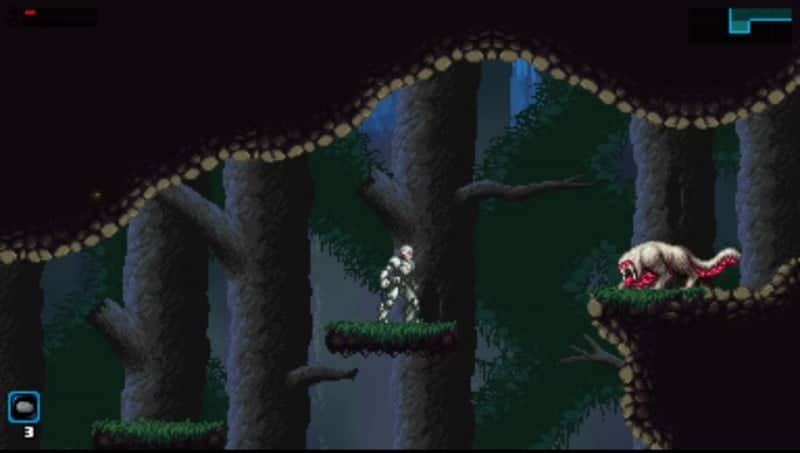 The game has much to explore in the gameplay area, but when it boils down to it there is basically a budget Metroidvania (Metroid-like). Not much to do besides what is told and multiple paths to get to the overall goal. When the choice for endings arises, they are pretty much spelled out for you which path to go. No mystery behind it.

However, to me, it seems they missed the very one basic feature which is where to go when you play the game or a journal to refresh you on what to do. I may be spoiled by current games this day and age, but to leave the player to wander aimlessly after story delivery that may have been accidently skipped or missed is a clear design flaw to me.

Gameplay score: 3/5. A throwback to a classic formula with some glaring flaws that drastically lowers the difficulty (no matter what option is chosen). Games have come before and after that does this formula better and a larger scale. 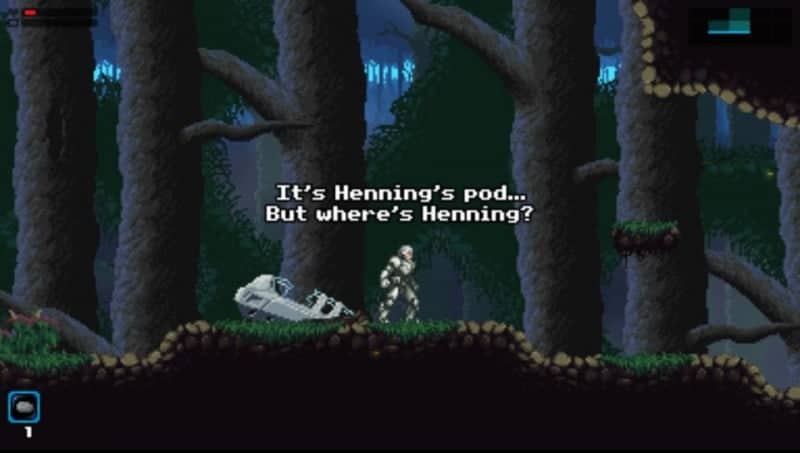 In the visual department, Exile’s End looks very retro. I enjoyed this appearance for the game. Of most of the games in this genre, this is one of the better retro-looking titles. As this is a remake of an older game, it retains the old look but upgraded for the new time period. I can’t help but feel a bit of the background scenes could have had some work, though. Each area looks nearly the same, then when you move to a new major environment it is bland, and repetitive in the same environment until the new location. Rinse, lather, and repeat. Enemies also follow a similar pattern. They are the same all around with very little variety.

Visual score: 3/5. A very retro looking game, but lacks variety in nearly all of the game.

In the audio department, which is one of the first things I usually take notice in a game. As most of the game, there are good and bad elements here. Some of the songs in the soundtrack stand out quite well. Examples are below.

Ripple in The Pond

Some of these are outstanding from the composer Keiji Yamagishi. However, the tracks aren’t played often in the game and only come up at key points of the game. Otherwise, you have no background music for most of the game. It is a shame because such a unique soundtrack for this game feels it is not utilized to its full potential.

Audio score: 4/5. A good soundtrack, but is not utilized to its full potential. 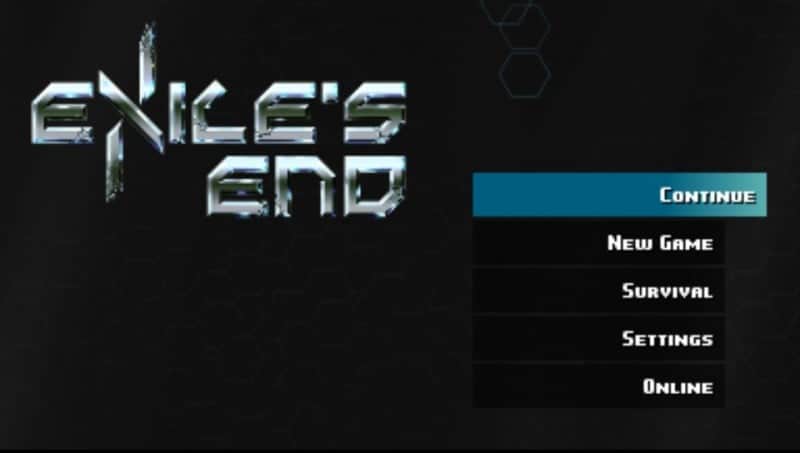 Not much to say here, you have multiple endings to find. In addition, you got different difficulties, an online mode, a survival mode, and much to explore on the map to find and achieve 100%.

Replayability score: 5/5, much to do if dedicated to doing it. 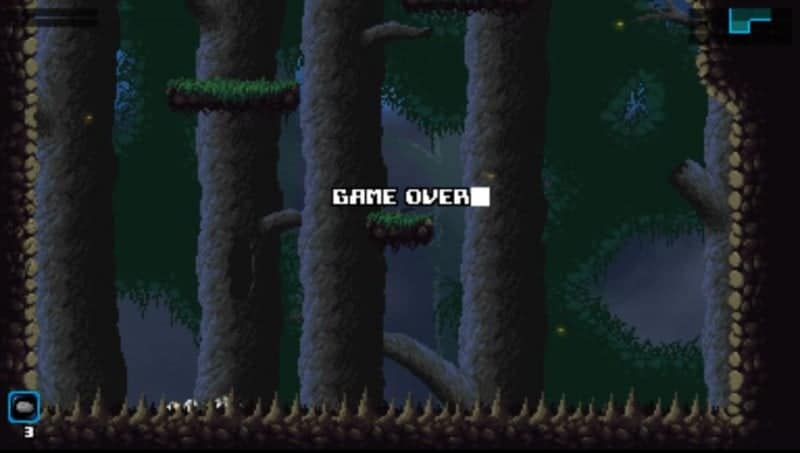 The question always asked, “Is this game fun?” Exile’s End is a mixed bag to be quite honest. There is fun in the game, and it is boring in the game. A huge thing is when you move from one area to the next, it really isn’t fun. In addition (I understand not all other players may experience this), if somehow you get lost or have no idea how to proceed next in Exile’s End, you will find yourself wandering. This happened to me several times due to the easily, and sometimes unavoidable, story skips or when you come back to the game after a break. Sometimes you forget, and with nothing to remind you, you just wander. It isn’t fun just running around everywhere with no idea where to go.

Fun Factor score: 3/5. There are some fun times to be had, but you can easily find it not fun just all the same. It is a mixed bag. 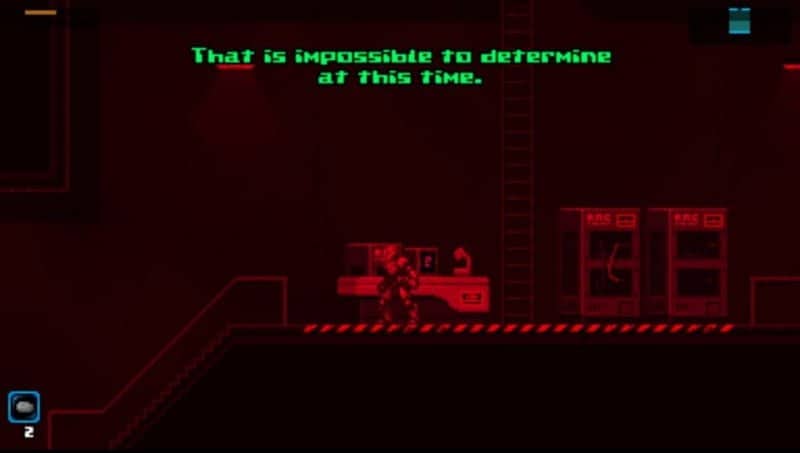 Exile’s End is an average game all around. This formula has been done before and done much better before and after the game’s release. With several issues, it deters the experience quite a bit, but with the interesting story, you may not just shelf the game. If you are dedicated with this title, you will find a good story and be dedicated to that aspect if anything. The future is bleak, and Exile’s End proves that. For a remake, it does okay but just okay. Hopefully, a sequel is made, or another game from the developer, the lessons from this game can be applied to the next title. If so, I look forward to it. Until next post, Mgs2master 2 out.

Intro/Story (presentation) score: 3/5. A solid story plagued with several issues that may ruin the experience overall.
Gameplay: 3/5. A throwback to a classic formula with some glaring flaws that drastically lowers the difficulty (no matter what option is chosen). Games have come before and after that does this formula better and a larger scale.
Visual score: 3/5. A very retro looking game, but lacks variety in nearly all of the game.
Audio score: 4/5. A good soundtrack, but is not utilized to its full potential.
Replayability score: 5/5. much to do if dedicated to doing it.
Fun Factor score: 3/5. There are some fun times to be had, but you can easily find it not fun just all the same. It is a mixed bag.

Final Score: 21/30. An average experience with an ambitious story.