What are These PSP Exploit Bubbles on the PSVita LiveArea.

Lately, you might have seen that there are some new developments in the PSVita live area, like these new bubble icons. Well, developer qwickrazor87 has found a new way of doing PSP exploits for the PSVita and man do they look great. 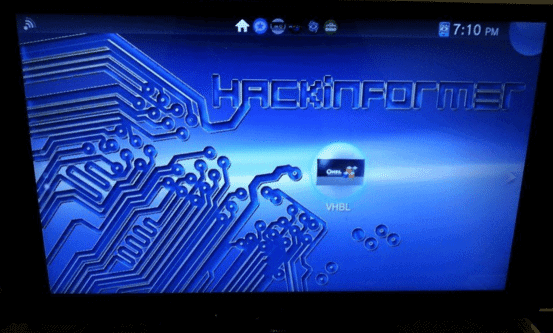 Right now there are two different methods of doing this, quckrazor87 has one and frtomtomdu80 also has another method of doing this. These new psp bubble exploits work on current firmware 3.30/3.35 as seen in the video.

At first, most of you probably think they just slapped a fresh new paint job on an old PSP exploit like Numblast or Talk Man Tokyo, that just auto loads TN-V or VHBL. No this is quite different than that to some degree as these new PSP bubbles do not require a PSP exploit game. You heard me, no exploit game needed but it does require a PSP game to override. You would think that these new tricks might have something to do with the package installer. I can say that it has nothing to do with the package installer, well one of the methods I know of.

These bubbles seen in the picture below are just using eCFW or VHBL to auto load the desired homebrew or PSP game wanted. So it’s just makeup over a TN-V or VHBL bubble with a set autoload to that PSP game, as you can make the bubble icon look anyway you want them to, with a little know how.

All said and done, this is great news as most of us are sick of the cat and mouse game when it come to buying exploit games. Yes, this is still in epsp, but still it’s great news as this could lead to other things 😉 Now when could we see this come to the public, I don’t think we are going to see it for quite some time as this is totally different and would be hard to distribute to the masses rite now. Once some of the kinks are worked out on a distributed method, now Wololo ninja releases wouldn’t work so well for this type of thing but who know they could surprise us and this would be one Awesome Holiday present to see this year.

I like to get everyone the right info and I like to help others get the most from there electronic devices. I enjoy playful cleverness and the exploration of technology. My Motto: You own it, you can do whatever you want with it.
@HackInformer
Previous Share Play features on PS4 games can be block by Developers
Next [Release] Hykem’s Vitasploit