If you haven’t already heard, Netflix have renewed Stranger Things for a second season to debut in 2017 with nine titled episodes revealed in the teaser trailer.

There hasn’t been any footage revealed in the teaser trailer, however the names of the episodes have been: “Madmax”, “The boy who came back to life” , The Pumpkin Patch” , “The Palace” , The Storm”, “The Pollywog”, “The Secret Cabin”, “The Brain” and “The Lost Brother.”

The show has become so popular that an independent data-measurement company Symphony Advanced Media had estimated in their figures that the series had drawn in an average of 14.4 million viewers ranging from 18-49 the first 35 days of streaming.

Reflecting on these figures, according to The Atlantic, that would make Stranger Things the second most watched Netflix original of 2016.

In an interview with Entertainment Weekly, the Duffer Brothers, Matt and Ross, go into more details about what they want to happen for season 2.

Matt Duffer said, “We’re really excited about continuing the story. There’s a comfort factor in that we know people love and have responded to this world and these characters.”

Ross Duffer spoke in a bit more depth regarding The Upside Down stating, “We obviously have this gate to another dimension, which is still very much open in the town of Hawkins. And a lot of questions there in terms of, if the Monster is dead, was it a singular monster? What else could be out there?”

“We really don’t go in there much until they go in to find Will at the end. So we’ve opened up this doorway, and to us it’s exciting to talk about, like, what else is behind there? There’s a lot more mystery to be solved.”

“As much as possible, we’re trying to approach it the same as season one, which is to write stuff that we’re excited about and we think is cool.”

The Duffer Brothers revealed that there will be three new additional characters introduced into the second season as they teased that, “There’s going to be a lot of new and interesting dynamics that we didn’t see in season 1.”

First off we have Max, a ‘tough and confident 13-year-old female’ that has a very complicated relationship with her stepbrother Billy who is a ‘super muscular, overconfident 17-year-old who steals peoples’ girlfriends, is a drinking game pro and drives a Black Camaro.’

Finally we have Roman, who will potentially be aged between 30 – 38 without a specified gender for the time being. The character details outline, ‘after growing up homeless with a drug-addicted mother, he or she suffered a great loss at an early age and has been seeking revenge ever since.’

Executive producer, Shawn Levy in an interview with The Hollywood Reporter commented that, “There’s definitely a handful of really compelling new characters this season, but absolutely servicing the core group first and foremost.”

For more news on Stranger Things, don’t forget to follow us on our official Twitter pages @Hackinformer and @geestaar74 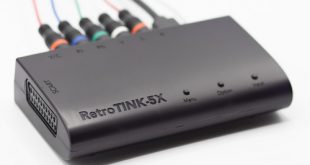 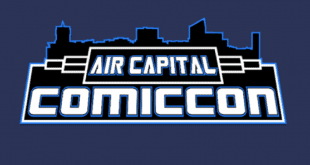