The House of The Dead: Remake – Review

Imagine it is the year 1997. You are in the arcades and you see this zombie shooter game named “The House of The Dead”. It is a difficult game, but fun. It is one of the first games you ever experienced in an arcade. You remember spending copious amounts of your parents’ money to beat the game with your brothers or friends. That becomes a vivid memory, almost forgotten. Now nearly 25 years late, that same arcade game was remade for the Nintendo Switch. Does it still hold up? Let’s take a look at our review! 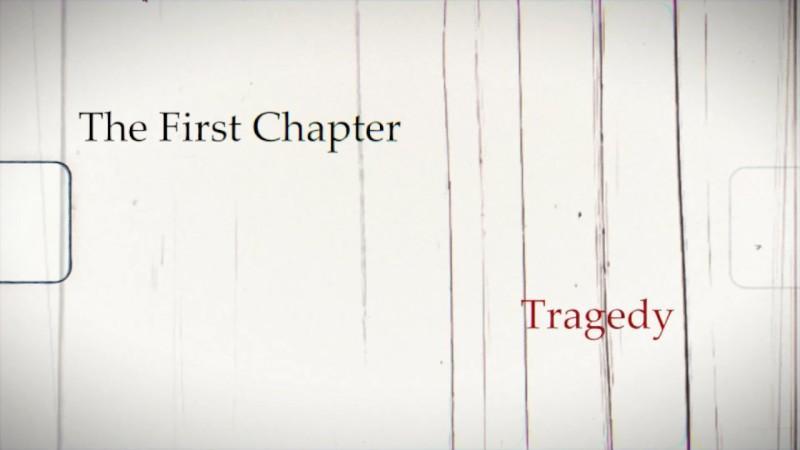 The House of The Dead: Remake

THE HOUSE OF THE DEAD: Remake is a remade version of the game introduced in 1997 in arcade platform. A classic arcade rail-shooter receives a whole new entourage and gameplay changes to suit modern gaming standards. 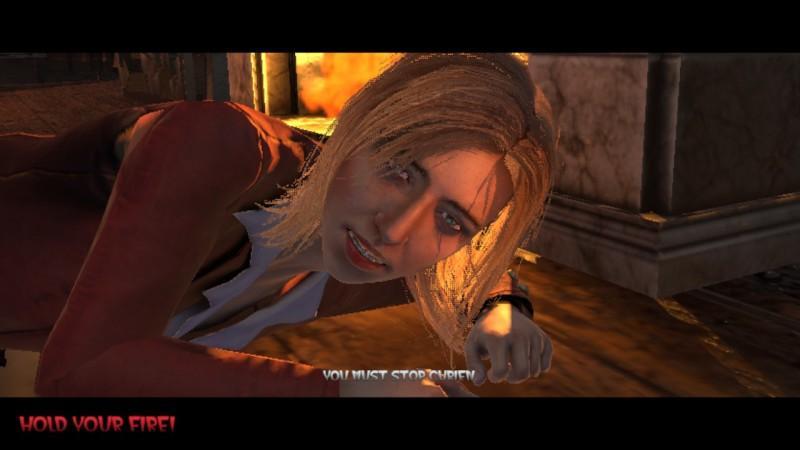 To keep a long story short, you are a secret agent, sent in to stop Dr. Curien from releasing his deadly undead creatures upon the world. As you arrive at this mansion, you are immediately thrown into action. Those who played the original The House of the Dead would love to hear that it is still the same story and well… same as everything from the 1997 classic. This is a true 1:1 remake of that classic arcade. 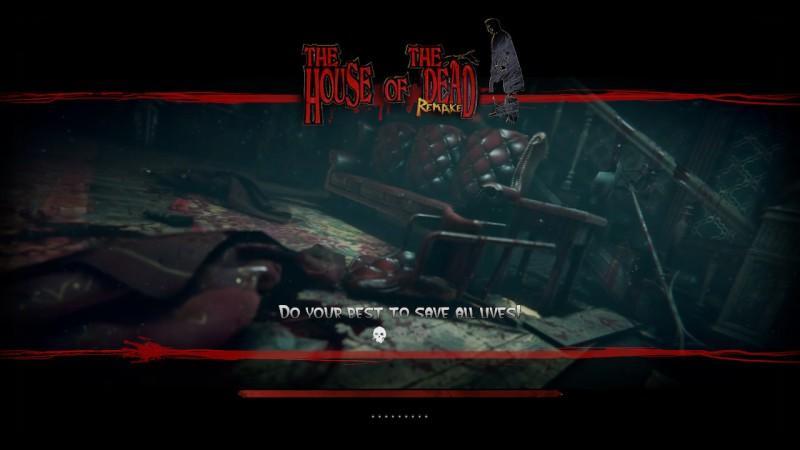 The developers had to rebuild the game from the ground up as the source code was lost. For what they have accomplished, they did an amazing job in this regard. Hats off to the whole team. Let’s take a look at each section.
Gameplay: 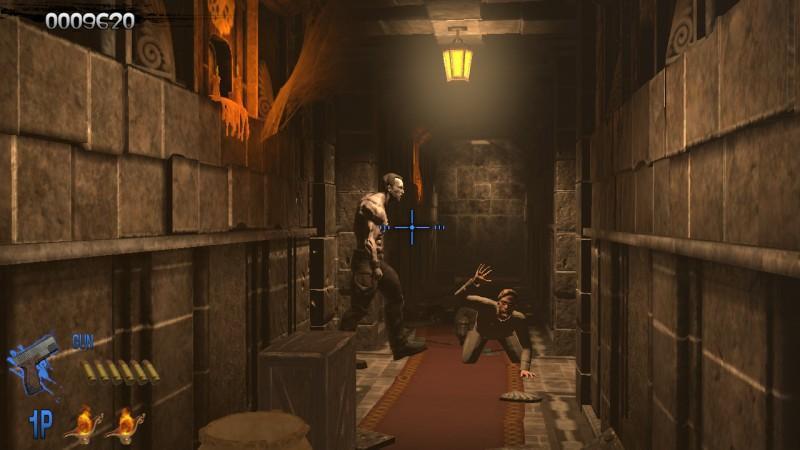 The gameplay in The House of The Dead: Remake is true to the “light gun” experience given the obvious limitations of the Nintendo Switch. Players can play the game in handheld mode, tabletop mode, or docked. The control scheme is either using the gyro aim on the Joy-Cons, analog stick with button combos, controller, or a combination of all mentioned. The accessibility options in terms of gameplay work. 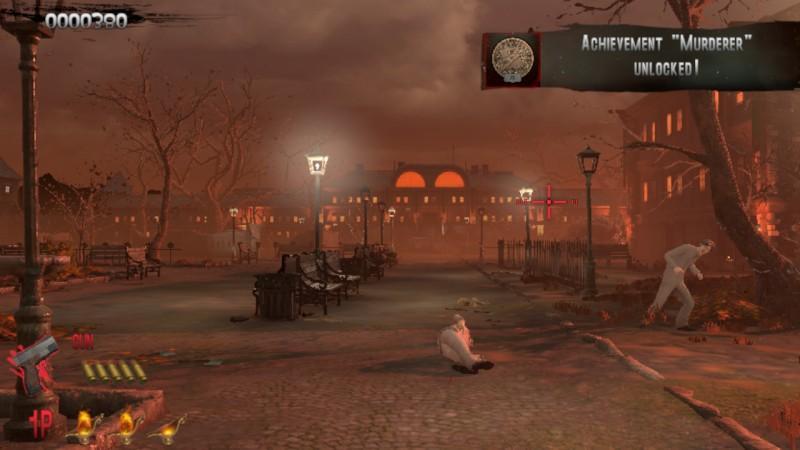 However, everything is not 100% perfect with this. The gyro controls in The House of The Dead: Remake is not the best around. Sure it feels like the authentic experience once again, but it doesn’t match the true quality. I found myself having to reset the gyro aim several times when I played. It gets frustrating when attempting to shoot the undead when the gyro on the joy-con would not even aim at the enemy until I recalibrated it. 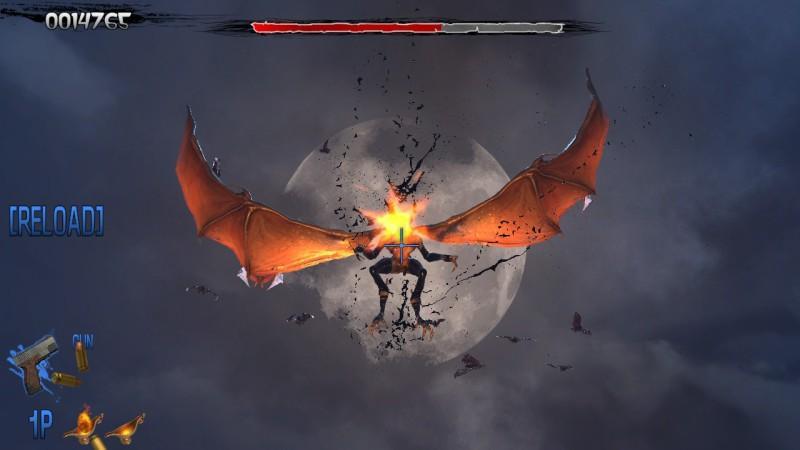 Additionally, one of the components from the classic arcade, reloading by shooting off-screen, is non-existent here. Granted that is due to the hardware, but it completely misses the feel. I found myself turning on the auto-reload option, and just firing at the enemies after some time. Personally, if I couldn’t get that authentic “reload”, I honestly forgot to press the button. I found myself pressing recalibrate instead of reloading several times. One thing they did nail though is the “RELOAD” “RELOAD” said every time you attempt to shoot on the empty clip. 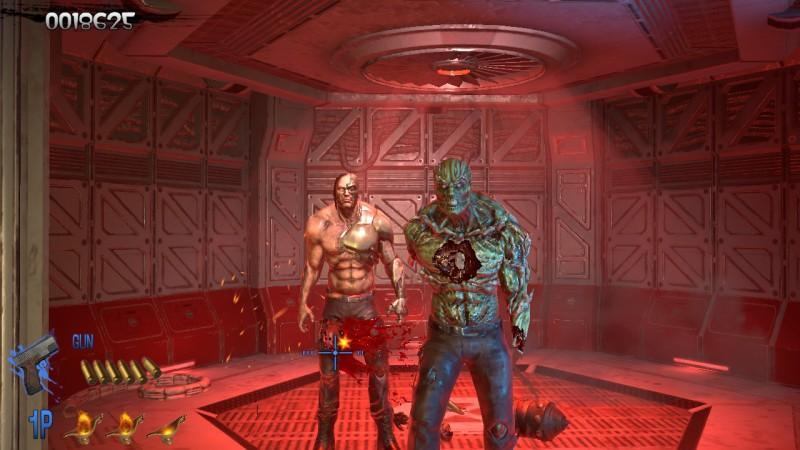 Funny enough, using a Pro Controller with its gyro aiming was much better than the Joy-Con. I am not sure why that is the case, but the controller is a better option in my opinion if you go Gyro aim. I am hoping these controls can be finely polished with patches over time.
Load times are kept to a minimum no matter how you play the game, which is great.
Audio and Visual: 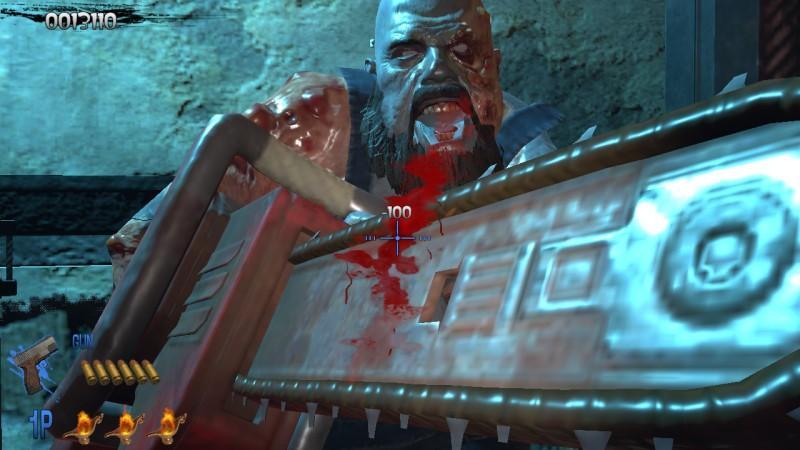 From a game that was rebuilt from the ground up. The House of The Dead: Remake looks fantastic. It captures the authentic feel of the original title. Additionally, it enhances those visuals to the modern-day. The development team took their time on this and it shows. 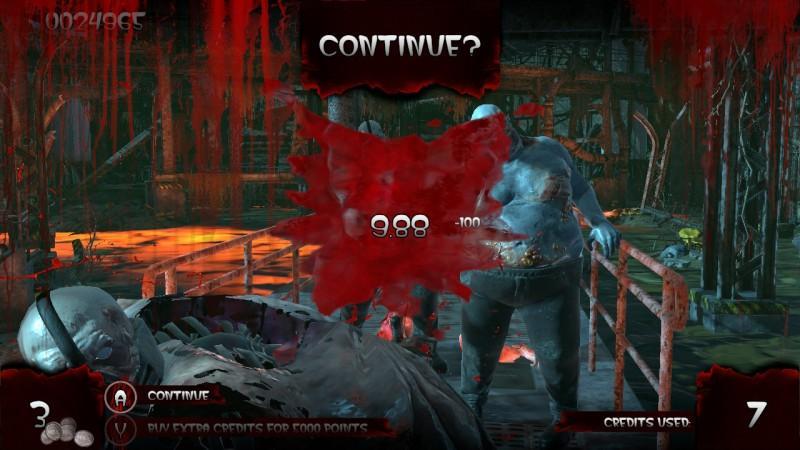 Audio-wise, the voice-cast gets the job done. It is not like the original game had the best voice dubbing, which this remake stays true to. You can tell that the team wanted to capture the authentic feel in all aspects, which is what they did… except for one audio aspect. The original soundtrack from the arcade is not here. It is an entirely new soundtrack, which in some instances fits, but others do not. It is hit and miss depending on the stage.
Fun Factor: 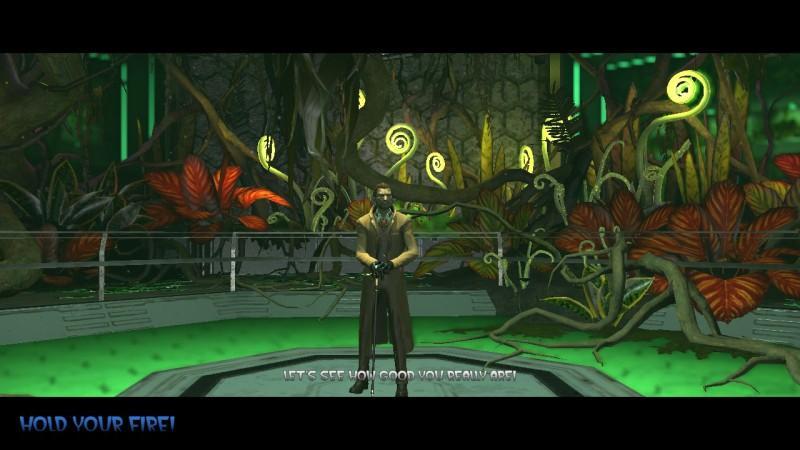 Despite all of the issues I had with the gyro aiming, The House of The Dead: Remake was a fun experience. I found myself wanting to replay it and unlock everything after I completed it. It also took me back to a time that I completely forgot in my life. A memory of my brothers and I at an arcade in Las Vegas just spending hours on the arcade to beat it. We had a crowd of people watching us and even giving us quarters when we ran out to finish the game. This game unlocked that old memory for me. 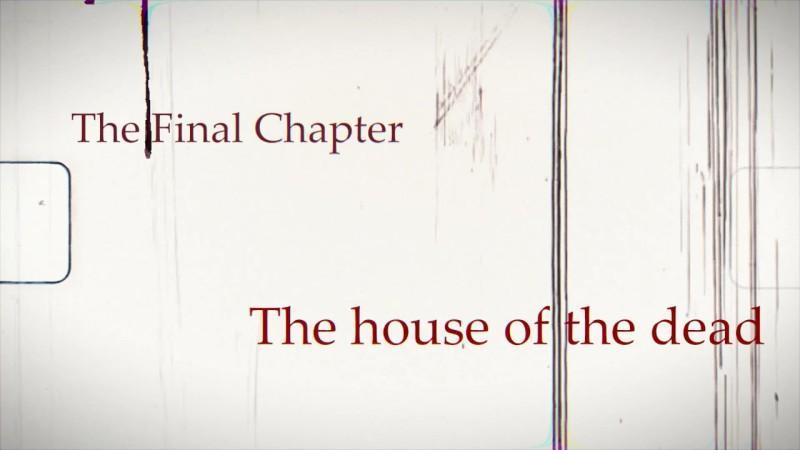 I shared this game with my brothers with the Local Coop, and they felt the same way without me mentioning that memory. It is funny how memory works and what unlocks it. If it wasn’t for this game, I wouldn’t have remembered that. I will cherish that.
Wrap-up/Conclusion: 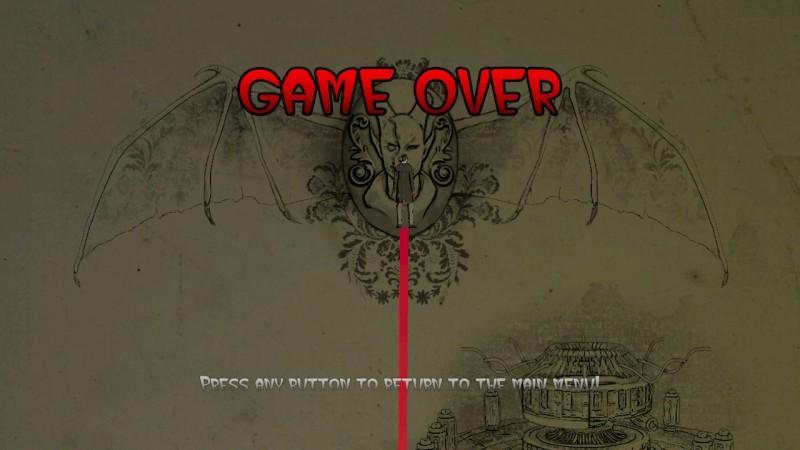 The House of The Dead: Remake is a true 1:1 remake in nearly all aspects of the arcade classic. The obvious issues aside from the gyro aiming and so-so soundtrack, this was some of the most fun I had with a game all year. It was not also a fun experience, but it was also a bonding experience with my brothers once again.
Anyone who played the classic game owes it to themselves to replay this Remake, you will not be disappointed. With patches to the game on the way, it will only improve the quality of this classic.
– Until next time, Mgs2master2 out!
*Special thanks to PR Forever Entertainment for providing a review key!*
Share