It is time for adventure on the uncharted seas! We are pirates plundering for treasure! However, things are not as they seem, to say the very least. Will we become some of the best pirates on the sea, or be overtaken? Let’s take a look at our review for Plunderer’s Adventure! 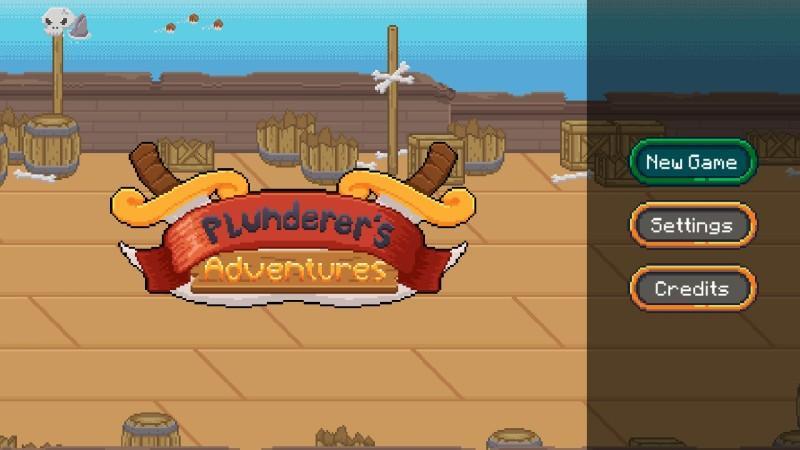 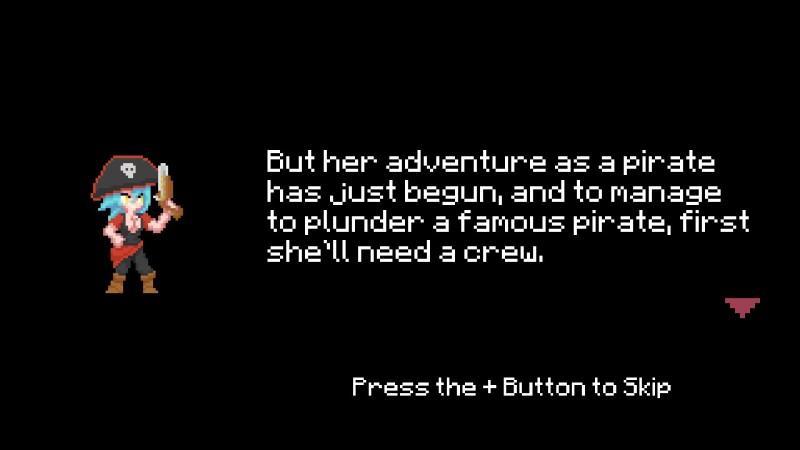 The aspiring lady pirate Riley has finally acquired a ship to call her own, along with the beginnings of a lovely crew! Take the role of captain as you embark on an adventure to claim the turbulent seas and loot your rival’s ships, recruit new allies, learn powerful combat skills and protect your booty from waves of enemy raiders!

Plunderer’s Adventures is a pixel art tower defense action game where you use your trusty flintlock pistol and every trick up your sleeve to take down your opponents. Blast enemies as they cross the screen towards your crew. Take them down quickly and efficiently, and your crew will support you with extra lives, loot multipliers and more, but fail to protect them from the onslaught, and they’ll be carried off by malicious marauders! By clearing enemy waves, you’ll unlock new stages, skills, crew members, gallery images and more. 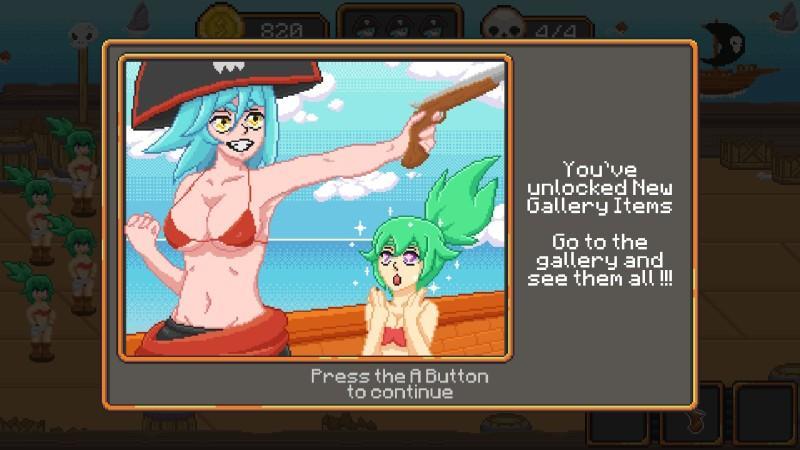 The story itself in Plunderer’s Adventures is nothing special. At the end of each stage, more lore is delivered to the player. The overall goal is to finish each stage. This will allow unlocking more content. Ideally, in a game like Plunderer’s Adventures, the focus is not on the story, but rather on the gameplay. Let’s take a look at the gameplay 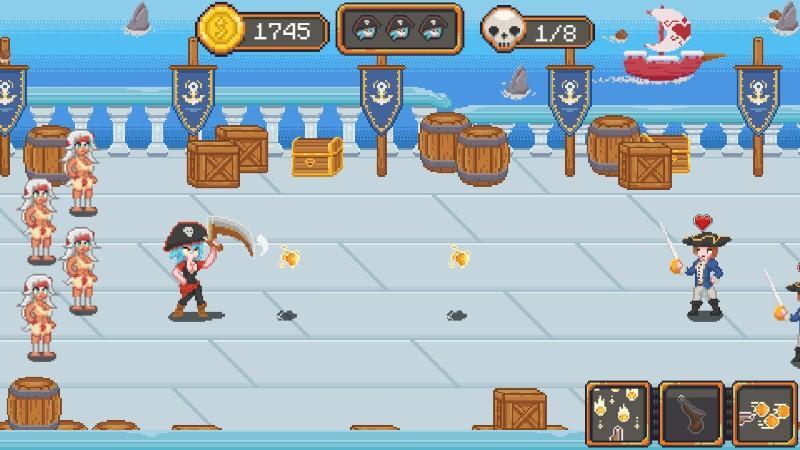 Plunderer’s Adventures gameplay is simple. It is a very basic tower defense game with an all-women crew. Players have to defeat waves of enemies coming to take their crew from them. If they are taken 3 times, it is game over. Of course, this is just the core element of the gameplay, there is a bit more. 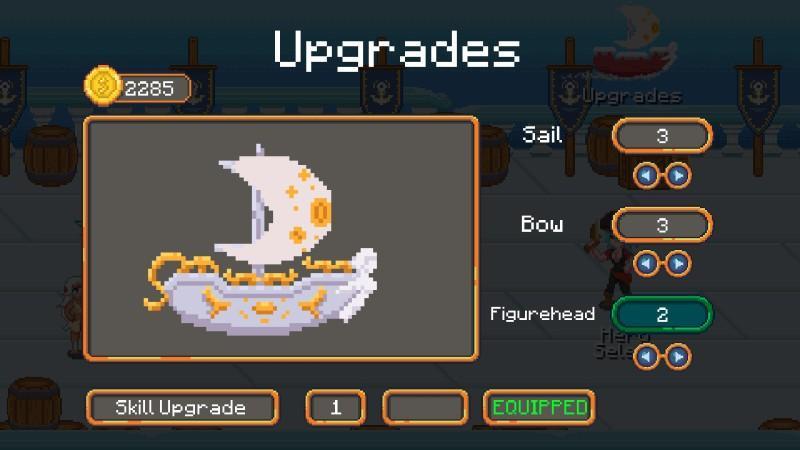 The gameplay expands a bit more by providing more skills to unlock, and ship upgrades. There is also a variety of enemies that appear in the game. However, the difficulty curve can increase very quickly, especially in the second half of the game. Players would need to grind to make sure they stay on top of the relentless waves of enemies in Plunderer’s Adventures. 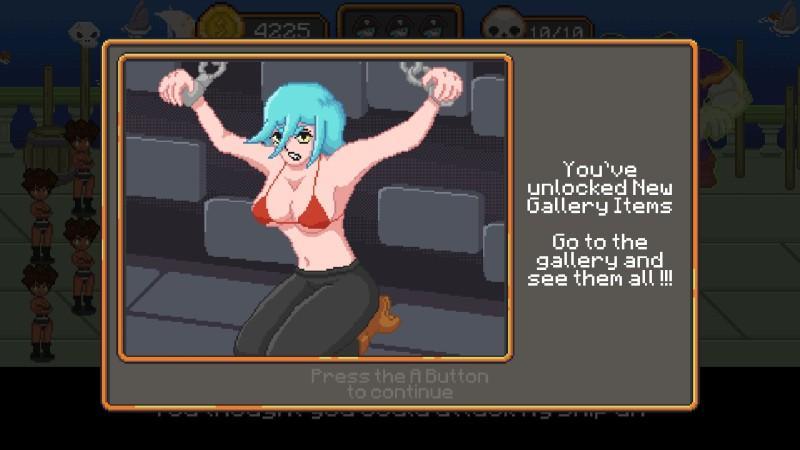 Of course, some of the unlockables are fan service images and such. I will leave that to the players to unlock for themselves.
Fun Factor: 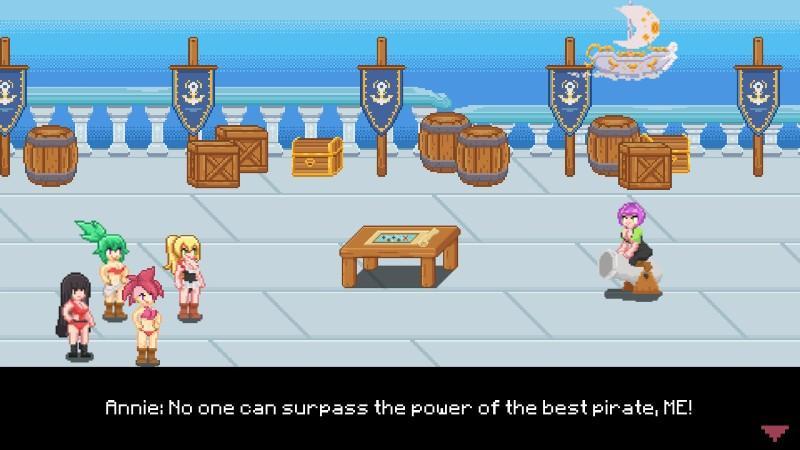 Plunderer’s Adventure is a fun game for what it is. It is very reminiscences of the old school tower defense games when FLASH was a thing on Newgrounds. That being said, be prepared to grind, which may fizzle out any fun that can be had.
Wrap-up/Conclusion: 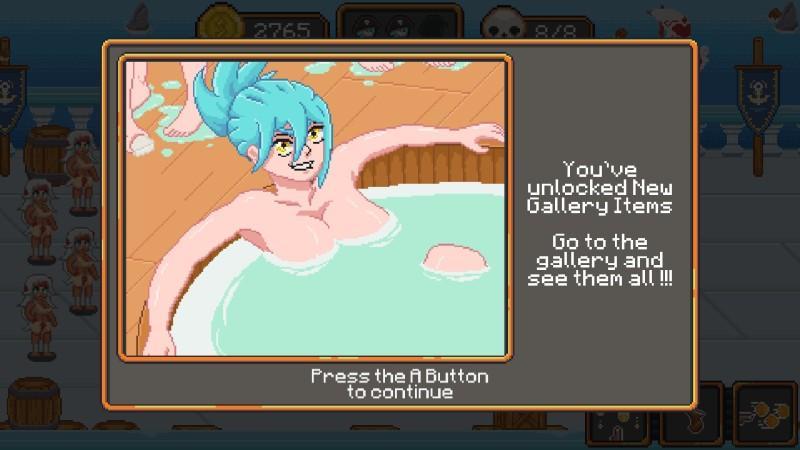 Plunderer’s Adventure is a game that is not to be taken seriously by any means. It is a small game that is fun for what it is. It provides a nice distraction at any time. In the sea of huge games, Plunderer’s Adventure is a game that provides some escape and breaks. You can say that ultimately the true treasure of this adventure, is having a small, fun, distracting pallet cleanser.
– Until next time, Mgs2master2 out!
*Special thanks to eastasiasoft for the review key once again!*
Share