There are times that we love to do reviews of products created by smaller companies or maybe artists or something in between. Today we have a review of one such scenario in the form of customized controllers from Hisho Controllers. He was kind enough to take in one of our trusty Sega Saturn model 2 controllers and give it the treatment. However, since the time of me receiving the unit to review, Hisho has had health issues that have caused him to cease production on custom controllers. I wanted to do my due diligence anyhow and show off his great job and still do the review as promised. I discuss this more below. 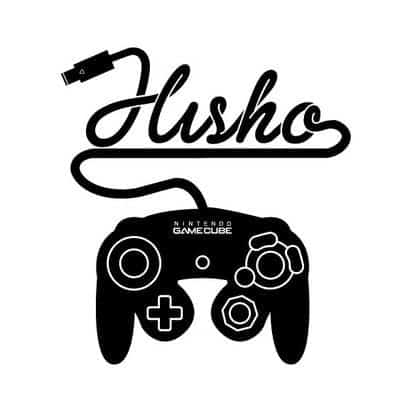 Now, I don’t know if I was special or if Hisho always does this for his customers. But he totally threw in a dope D-Pad pin, so I added it to my collection. Just wanted to add in my gratitude for this. Also, this review was a long time coming. It happened that I got the controller back at a difficult time and Hisho didn’t bombard me with angry messages. So I just wanted to personally thank him for his patience (it’s honestly been 4 months) and his professionalism. These are attributes anyone running a business should have. Since Hisho has had to stop his love of painting, I hope you visit his Twitter page down below, follow him, and encourage him to do other controller mods. He’s already trying his hand at LED mods, so stop by and tweet at him that he should do custom controllers using existing shells, buttons, paracords, and LEDs!

With all of that out of the way, what are some of my final thoughts of the controller he sent back to me? Well, when I asked Hisho to do a matte red controller and nothing else, he pointed out that it was a unique request, but a simple one and was able to quote me a turnaround time. So he was able to express, very matter of factly, that while the request wasn’t a really over the top one, it still was something he was willing to do. Meaning even if your request is simple (like mine) or over the top, he’ll probably rise to the challenge. And as you can see, he not only did it, he did it with only one downside and he probably wasn’t even at fault for that!

The final product got back to me quickly and the prices that were discussed shouldn’t be terribly off-putting to anyone who has had custom controllers done in the past.

Want to reach out to Hisho Controllers? Use Twitter 😀