For those of you gamers out there that are die hard Sony fanboys, or just love all games in general, we’ve got you covered. Paris Games Week kicked off today with a Sony live stream seen across the world. Sony announced tons of new games from indie devs to big studios, from PSVR to PS4 Pro, and everything in between. I’ll have the full-fledged breakdown of everything we got to see, and of course, I’ll have the whole stream for you as it comes with a pre-show that had some goodies in it too. I’m only going to focus on the new games that were announced today, they did try to hit on games that have some new DLC, but that’s old news (honestly). Alright, let’s do this! 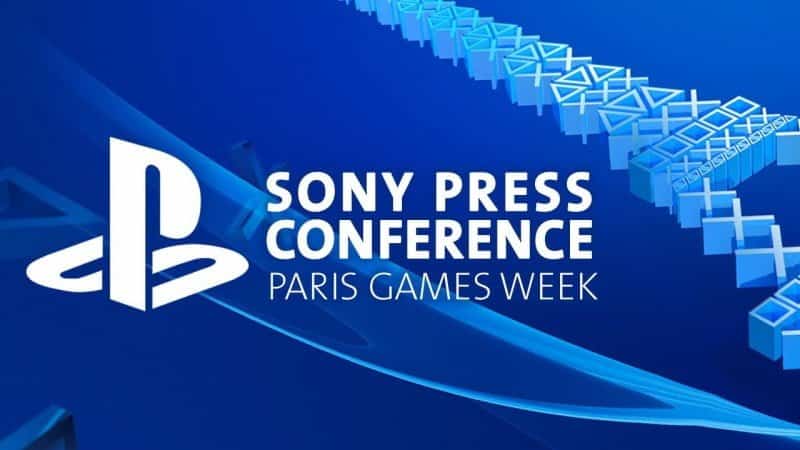 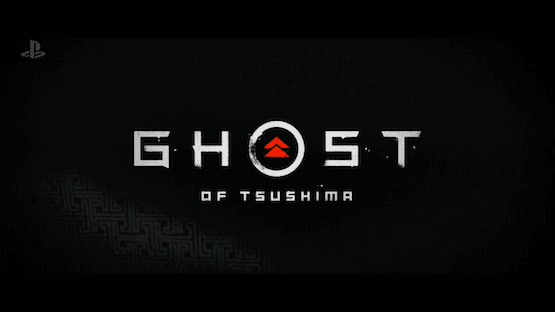 Sony came right out of the gate with a game that I thought might’ve been part of an existing franchise. I was sitting there watching the trailer trying my best to guess the game. Was it already NioH 2? Maybe a Dynasty Warriors game that wasn’t a mindless hack ‘n slash? No matter what guesses I made I wasn’t even close to correct about this Japan-centric game. The game is, of course, Ghost of Tsushima. This game must take place in or around the feudal time period and focuses on a very determined samurai. The most surprising part of the whole trailer was what was at the very end, which was a credit screen that simply read “Sucker Punch”, that drove the crowd wild. Sucker Punch is at it again with hard-hitting drama that should be backed up by superb gameplay. Only time will tell.  We should see this title sometime in 2018. 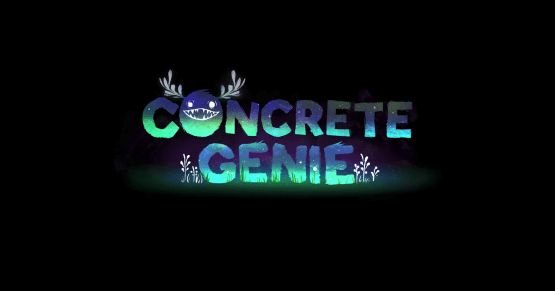 This is a unique game that appears to be exclusive to the PS4. They certainly didn’t state that any of the games that they were showing off were exclusive to the PS4. However, just judging by the vibe and style of this game, I have a feeling that it is. The trailer starts off with a boy sketching in a book that has him drawing monsters and beautiful things on top of the world he sees in front of him. This is the whole core concept of the game. Concrete Genie gets off to a solid start and then hits the ground running. We soon see the protagonist find a large paintbrush that he can carry around with him. This way, he can paint his cute monsters and beautiful scenery literally on the city itself as the backdrop. These can come to life and interact with him. There is a scene where he gets picked on by a group of teens. No word yet on how that affects the gameplay, or what the actual gameplay is yet. But it definitely looks promising, coming in 2018 from PixelOpus. 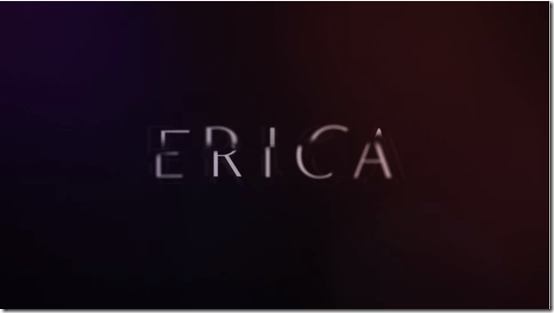 Erica is yet another game for the PS4 that is part of the Play Link series. The Play Link games are games that are for more casual gamers, ones that don’t want to have to remember button combos or anything extremely long winded in terms of gameplay. Play Link games simply let you connect your phone to the PS4 as the controller and it gives you simply options on your screen to correlate with whatever is happening on the TV via the PS4. Erica is a game that is very much banking on you solving a mystery. It has the same elements as many of those CSI games where you find clues, investigate rooms, and interview people to get to the bottom of…something. The trailer was rather vague as to what Erica is even looking for. But here’s to hoping I get to find out sooner rather than later. Erica will have her story told in 2018. 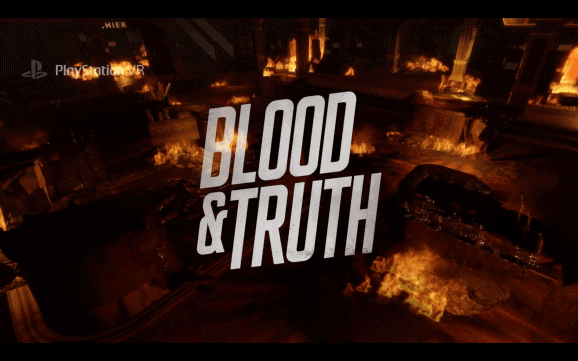 I still right up to this moment can’t believe that this game is a PlayStation VR game. It has our “hero” doing a voice over about him leaving London to join the military (of sorts) and when he returns the town is overrun with bad guys. What is a bloke with military training to do if his hometown is going down the drain? Spill some blood and find out the truth. This game is heavy in run and gun elements that make me queasy just thinking about trying to pull off in PSVR. My hope is that they’ve figured out how to manage locomotion in VR so that people can actually enjoy their experience. However, not only does that game feature heavy in the run and gun department, but the game looks absolutely splendid. The graphics looked great even being flattened out into a 2D display like my TV. It makes me extremely hopeful for being in this fully immersive world known as London. Blood & Truth will be released (and on my PS4) in 2018. 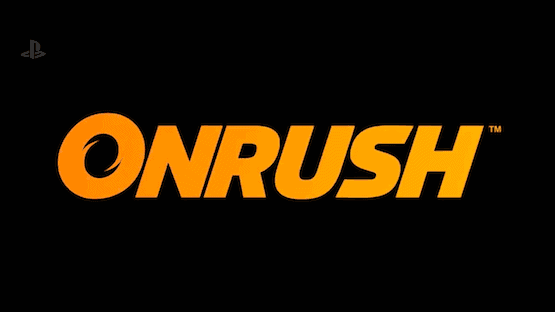 This was, I would say, the game that I was most excited about. The credit came up on the screen for CodeMasters and I rolled my eyes. I said to my girlfriend, “Let me guess, another racing game?”. I wasn’t wrong, a car came bursting onto the screen right in front of me. But I was wrong because, at the same time, it wasn’t a typical CodeMasters game. It was off-road with buggies and bikes and so much more. There was boosting and cutting off racers and such bright colors on the cars. This wasn’t some accurate racer with ultra-realism, this was the fun exhilarating gameplay that I missed having from games like Blur, Motorstorm, and Pure. I was instantly happy to see CodeMasters really branching out in a different direction. I feel as though this game will be a day one purchase for me. Onrush is yet another game for the PS4 that we should be seeing in 2018.

Again, there were certainly more things shown off (Spiderman, Shadow of the Colossus, etc). I don’t want to spoil the surprises for you of the trailers they had for games that were already announced at previous conferences. Now’s your chance to watch and find out! Check the stream below.