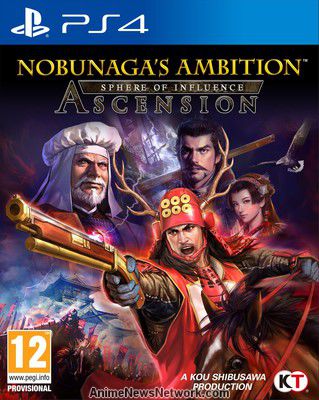 Hey guys, back again with another review. Once again our friends at Koei Tecmo were kind enough to provide us with a review code for one of their games. The game up for discussion today is Nobunaga’s Ambition Sphere of Influence Ascension (boy that’s a mouthful). The game is like every other in this series. They have kept the gameplay more or less the same with a few minor tweaks here and there. 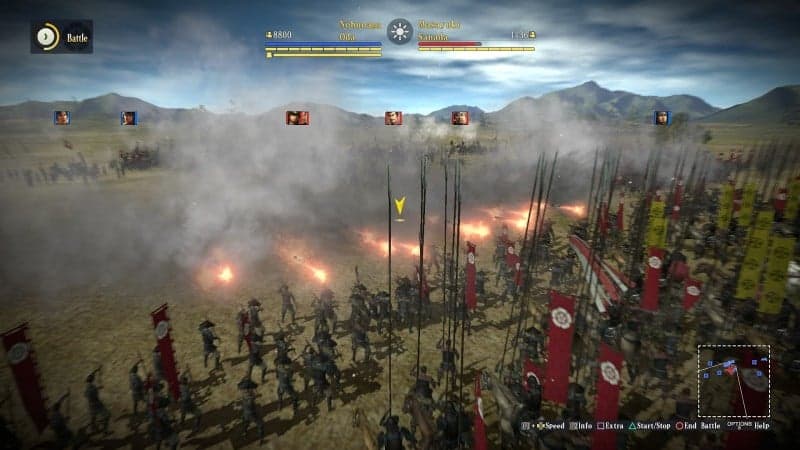 Nobunaga’s Ambition Sphere of Influence Ascension is basically a Strategy Simulation game. It’s based back in the warring states era. So what you would expect of gameplay is about what you will get. You start out with nothing really… and I mean NOTHING. You must raise your area from the ground up creating farms and rice paddies to help increase your gold income. You will also build different things like forges, sawmills and even things like tea houses. Everything you build has a purpose and a place. Once you get everything up to par things finally start to get more interesting. But let me say that doing so takes quite some time: 4-7 hours if you do it right and if you are new to this series it could take 10-12 to figure out what exactly to do. 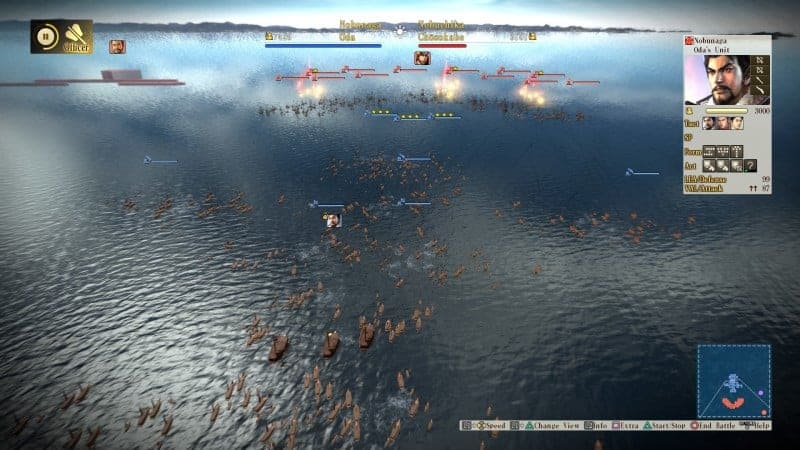 Are you new to Nobunaga’s Ambition?

You see, this game goes on the assumption that you’ve played these games before. It tells you what you need to do but doesn’t help much on how to actually do it. I can tell you right now before I even give this game a score, that if you are not a fan of this series or you are not willing to dedicate hours of time to see how the game expands, simply do not waste your time or money. This isn’t a sit down and get right into the action type of game like Samurai or Dynasty Warriors. No, this is a game that requires dedication and commitment to truly get out of it what is here. I found myself having to take breaks because the beginning is very, and I mean very, boring. This is coming from a guy that loves games like this too. I love building from nothing to amass to a giant super power and conquer my enemies. But I just couldn’t get that from this game. I have played previous titles too so I found it especially odd. Perhaps because I have done it before? Maybe because of the graphics or frames? No, none of that! I felt I couldn’t truly get into this because of the game’s environment. The acting feels very forced as well. Where as in previous titles the lines (although in Japanese) had emotion behind them. For a lot of the voices I felt they were just reading lines from a script. It’s rather difficult to rally an army with emotion like that. Not all are like that though, just some. However, even the few pull you out of the immersion; Kind of a buzzkill if you will. 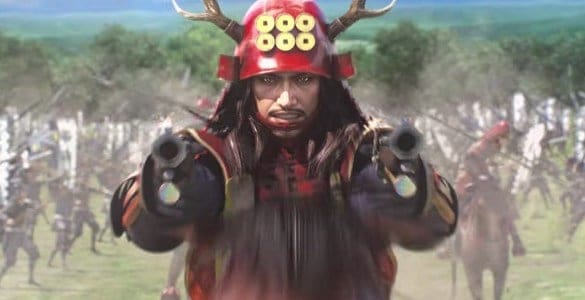 As far as the combat goes, how can I explain it to those of you who have never played one of the games from this series? Think Risk, with a bit of monopoly and battleship style of play thrown in. It’s all strategy… there are no pressing buttons for combos or anything like that. So if that’s what you’re looking for you have come to the wrong place. That aside, going into battle with thousands of troops and totally decimating your opponent is quite satisfying. It could use a bit of refinement in my opinion with perhaps some shortcut commands as, on console, the controls are kind of lacking compared to, say, that of the PC version’s controls but it’s not unbearable. With the exception of a few CGI movies, the cut-scenes are mostly still images with dialog. The art is nice and something that’s worth taking in. Overall though, I found this game lacking the special something to keep me coming back to it like past titles. I put hours into it with only minimal satisfaction coming back to me out of it. It just isn’t what I was hoping it would be. It is fun, in small doses and can be a great side game to play when you’re not shooting your friends in a MP game or exploring the world of a vast JRPG title. I would wait until this goes on sale. In my opinion $30 or less is worth it. If you love strategy games then by all means go buy Nobunaga’s Ambition Sphere of Influence Ascension right this second. If you have a wide array of games that you play then you can and probably will overlook this game. Series fans will not be disappointed but new comers may be. All in all, if I were to rate this game on a scale from 1 to 10 I’d have to regrettably give it a 5/10. It’s just lacking that special something that previous games in the series had and I just can’t put my finger on it. That about wraps this review up, as short as it was I honestly felt this was all the insight I could give. For those of you that have never played it, I also kept all of the story out of it. I hope it helps in some way to convince you to give it a try, which I do recommend, or it helps you save your money.