Realpolitiks demo to be released soon

As you surely remember, a modern-day, real-time grand strategy game was announced in December. In order to keep us busy while we wait for the day of release, which is set to February 16, the Polish developers at Jujubee Games decided to provide us with a free demo of the game.

In the demo, players will be put in the shoes of either current-day Germany, EU’s leading power, or Russia, struggling to retain its former superpower status. The scenarios presented in the demo will be designed to quickly introduce players to the game and its mechanics, which we briefly outlined when Realpolitiks was announced back in December.

And when will the demo come out? Exactly one week before the game’s release – on February 9 – through Steam, 1Cpublishing.com and other websites. Supported paltforms will be Windows, Linux and Mac OS. You can already pre-order Realpolitiks at bundlestars.com, greenmangaming.com and indiegala.com. In the meantime, have a look at January trailer:

A foreign military plane has violated your airspace. What do you do? #Realpolitiks #pc #strategy #realpolitic #mac #linux #game pic.twitter.com/J8PNO52k5G 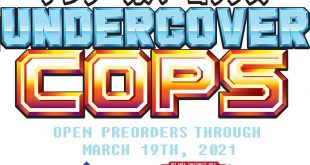