PSVita: MGS Portable OPS Plus exploit will not be coming to the US or EU, only a JP exploit

@173210 It seems to have an anti-cheating feature. It may take long to remove it. 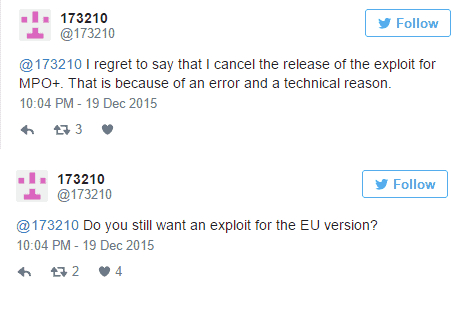 Please, no bashing or hating against 173210. He provides these exploits for free and does this in his free time. As I said before there’s always a risk when buying an exploit game as you never know what will happen. I would say Metal Gear Solid Portable OPS Pus is a really nice game even if the exploit doesn’t work on it. Once again the choice is up to you..

Sorry to say it that this exploit will be JP only, you can download the files below…