With no ETA for the full release of Hakchi 2 coming soon for the SNES Classic, a beta version has suddenly appeared online. From the neogaf message forums, a user by the name of Robin64 posted this beta version online (or leaked it). The update is at the bottom of the post.

Instructions to use it are as follows:

1) With the SNES Mini attached to your PC via USB, hold reset, turn the Mini on, wait a few seconds, then release reset. The light will not be on.
2) Go to Kernel, Dump Kernel. Install the driver if prompted. DO NOT lose this file, ever.
3) Go to Kernel, Flash Custom Kernel. Your SNES Mini is now haxed.
3a) Optional, but recommended if you aren’t doing too many games. Go to Settings, Pages/Folders Structure and pick Disable.
4) From now on, simply use the Add Games button, pick your SNES ROM, fill out the details, assign some box art..
5) And when you’re done, hit the Sync button bottom right.
6) Now turn the SNES off, wait a moment, then turn it back on without holding reset. The light will come on, your new games will appear. 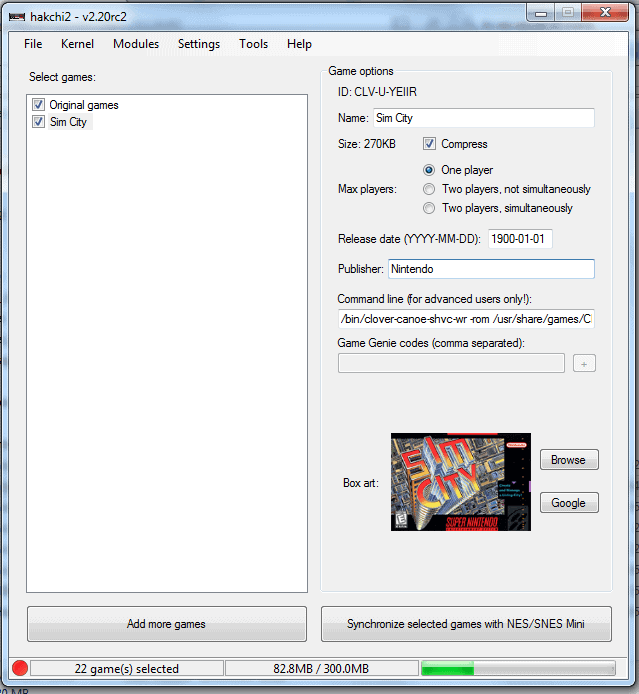 Also, there has been tested progress made on this beta version, currently the following games are confirmed to not work/have issues:

While we all wait for the full release of Hakchi2, confirmed to have compression as well, this should hold over everyone who wants to mod their Snes Classic. 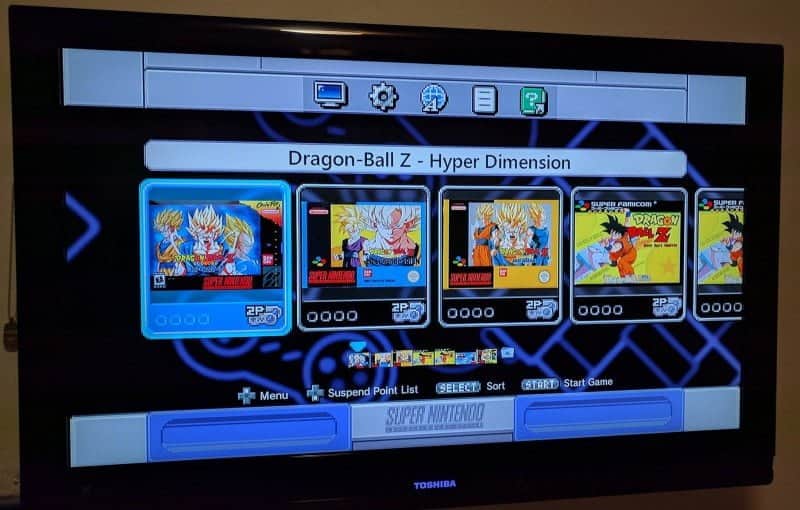 Official beta has been released by Cluster but we don’t see any big difference other than a few bug fixes since this not a leak of the beta or whatever you want to call it on neogaf, since it did not come from Cluster himself. 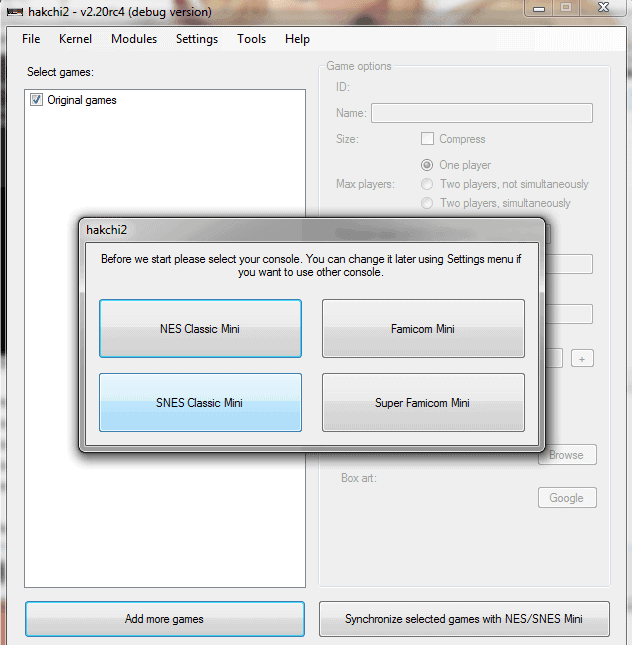 A gamer and jack of all trades. I enjoy many things, but overall just enjoying life. Hopefully, I can add enjoyment to your life through my articles or interactions.
@mgs2master2
Previous PSTV Plugin FakeCamera v1.1 Released, Instructions Inside
Next Review: Implosion for the Nintendo Switch