PSVita Plugin Round Up for HENkaku

PSVita is still trucking along in not just the official Sony capacity, but also in the hacking scene.  Today I wanted to touch on four of the more useful tweaks that exist if you have a PS Vita or PSTV that is on 3.60 and are running HENkaku or taiHENkaku.  If you are on 3.60, but do not have HENkaku or otherwise and you want to get started running plugins like these (as well as themes, your own game backups, emulators and more) click the picture just below and do the few steps that it says and you’ll be in!  If not, read on.

Now, that title is like, four long words.  But don’t worry, I plan on breaking it down for you and explain it’s functionality.  First of all, this is one of the very few tweaks that exist SOLELY for the PSTV.  So if you thought you needed this one for your portable Vita, you do not and you can move onto the next tweak below.  But anyhow, this is also one of the oldest tweaks that exists for the scene.  The version that we’re talking about today, of course, is the most updated iteration of the plugin. 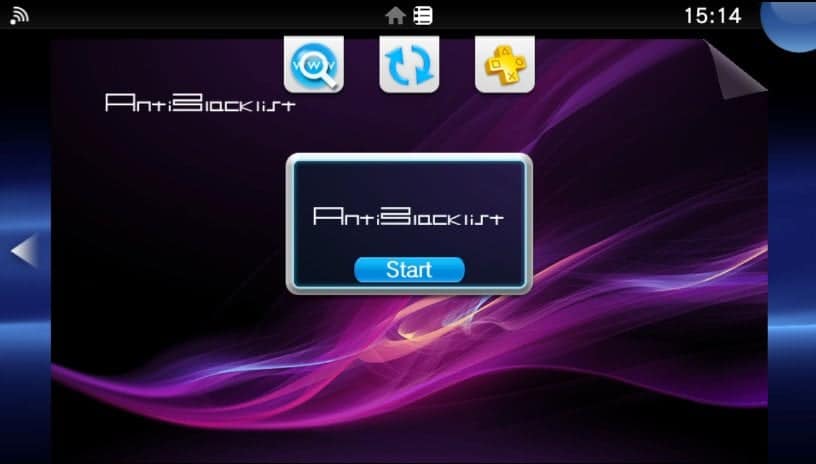 Its purpose is very much a double-edged sword.  Any of you with a PSTV knows that not every game will run just because it’s got the game cart in.  The PSTV has blocked a percentage of games from running for various reasons.  Some do not even make sense of course.  So this plugin will remove that block of 99.9% of Vita games from running on the PSTV.  The downside to it?  Well, not every game is actually compatible.  So it will indeed not work if you have a game that requires the touch screen and/or the back panel.  Some work with the thumbstick, yes, but rhythm games are just pointless for example. 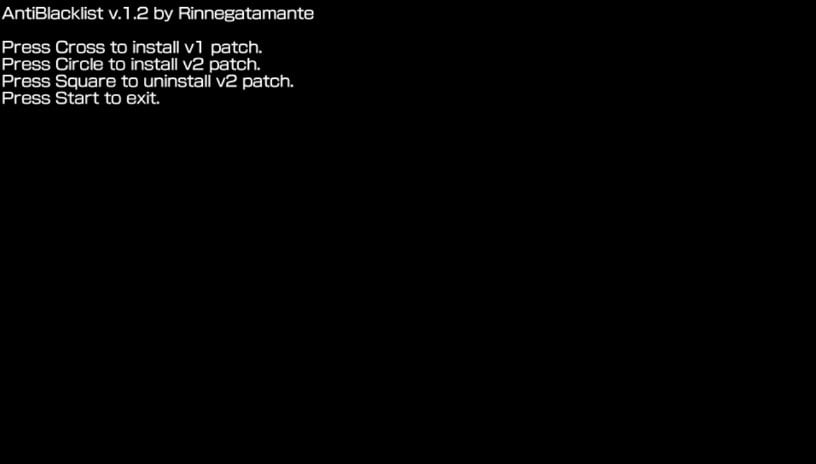 Note, this is one of the few plugins that is an installable tweak via VPK.  Follow this link to Rinnegatamante (the developer) download page.  All credit to him for creating one of the most useful tweaks for the PSTV.  He does include his own personal credit to other devs as well, stating:

Credits:
– Freakler for the idea behind the database update trigger
– bosshunter for testing the homebrew and providing the screenshots 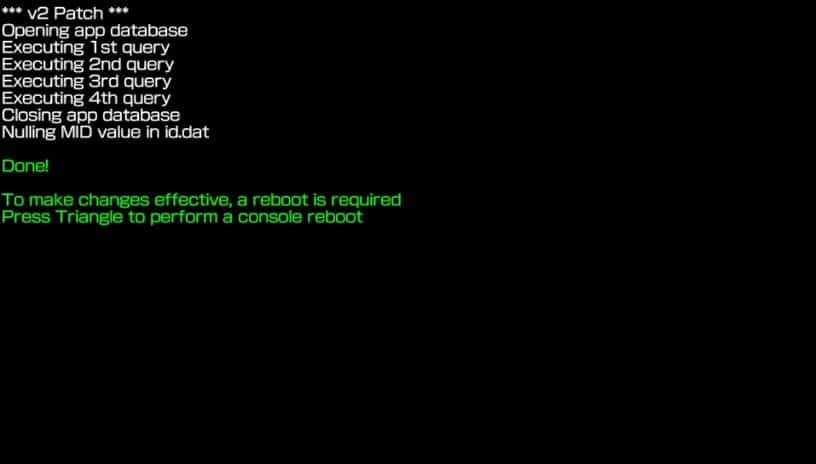 The next tweak in our list is another goodie from Rinnegatamante.  This one will help all PSTV and PS Vita models, no restrictions there.  It will technically require having taiHENkaku, but we’ll get to the installation instructions after discussing what the actual tweak accomplishes. 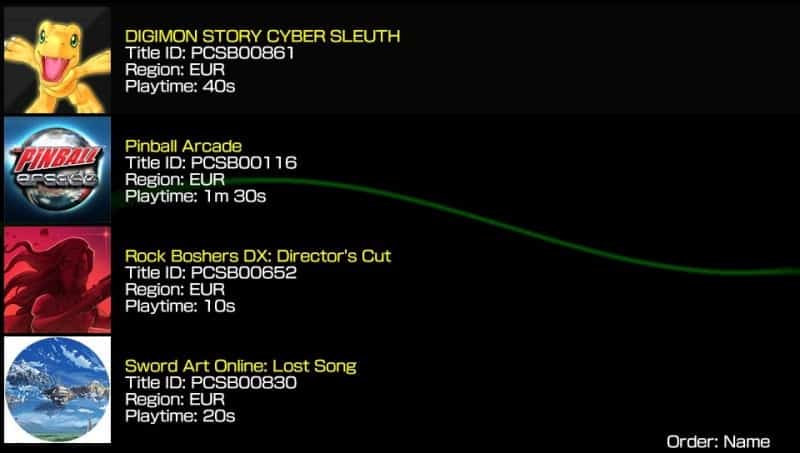 The name really should give it all away, but in a nutshell, the tweak lets you look at how long you have spent in a game or homebrew (yes even emulators).  This will help if you want to know how many hundreds of hours you’ve spent in Person 4 Golden for instance.  Or how long it took you to speed run a certain game.

I even have a changelog for this version of the tweak so that you can see how far it’s come.

It mentions a “companion application”, this is a small app that’s required as part of the installation.  See below for instructions: 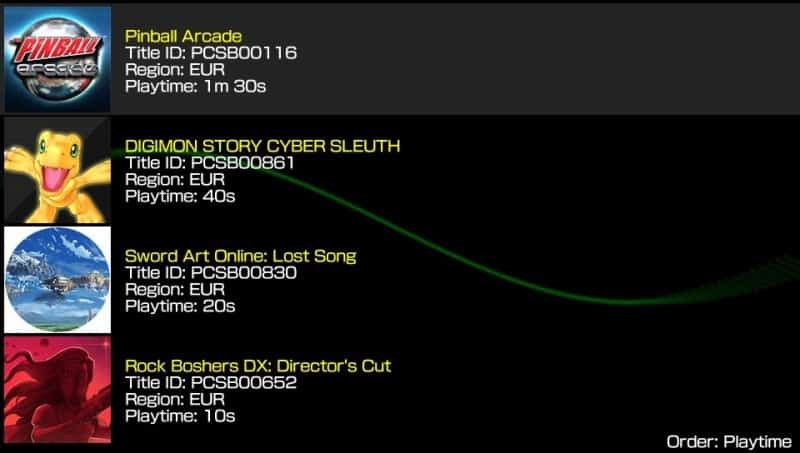 Here are the quick and dirty instructions on use:

How to use:
The plugin will automatically take playtime info. You can use the TrackPlug vpk application to see current playtime status for every game you started at least once.

Note, this VPK file will flag as unsafe because as the dev explains, “…the application requires ur0:/appmeta and ux0:/app access to grab title and icon for tracked games.”  However, feel free to move ahead and install the VPK because it is not infested with malware or any bricking mechanisms.  Click here to be taken to the developer’s page to get the needed file. 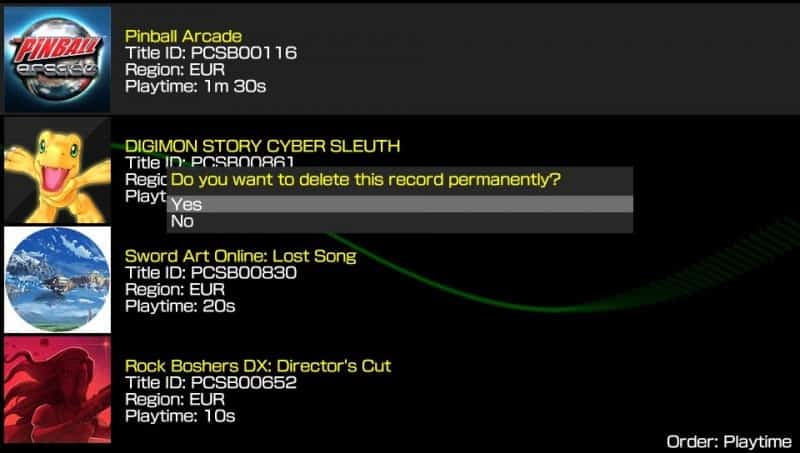 Number three in our round up today is from the prolific plugin creator again, Rinnegatamante!  It’s funny how when someone is good at something, they just want to share their talents with the world, right?  Anyhow, the title of this plugin is probably the most obvious of them all.

But you’re thinking, “Uh, wth, you can already take screenshots on the Vita?”.  Well, yes and no.  Yes, you can take screenshots on the Vita, but it does have some downsides.  Firstly, you simply cannot take a screenshot within every game, I’m not entirely certain as to why that is myself, but it’s true.  Secondly, JPEG compression is something that the Vita does to each and every screenshot that you take on it natively, and Screenie drops this so that the pictures look good no matter how you’re viewing them.  Additionally, there may be some other screenshot plugins out there, that may or may not add watermarks to the screenshots.  I’m not telling you to abandon those and jump on the Screenie bandwagon, I’m just going to say that Screenie omits any need for watermarks and just simply submits your picture as is.

It is worth mentioning that this plugin is primarily a taiHENkaku plugin since taiHEN is more robust has more features.  Taking a screenshot using Screenie may take some getting used to, but once you do, I believe you’ll find it’s easy enough to remember.  Simply press down on both triggers and Select at the same time, so: L+R+Select.  Screenshots are then always saved to the ux0:/data/Screenie folder.

So to get Screenie working, you also need to install a quick plugin called Kuio, it’s included in the download.  It’s a plugin that runs in the background that supplements Screenie.  Here are the full instructions:

To get Screenie up and running, click this link!

And look at that, it turns out that all four tweaks on today’s list are created by Rinnegatamante!  Turbopad is a tweak that enables a classic functionality.  We all remember (and maybe some even still own) controllers with rapidfire buttons, and that is indeed what this plugin strives to enable for the Vita.  It doesn’t even just enable rapidfire, it enables different types of rapidfire at that!

Now, to create a robust and logical rapidfire, you do have to have some rules.  This really helps with compatibility across different games as well.  As the developer puts it, “This plugin allows you to enable RapidFire on whatever button you want with different types of rapidfire for the best compatibility according to certain anti-rapidfire rules.” 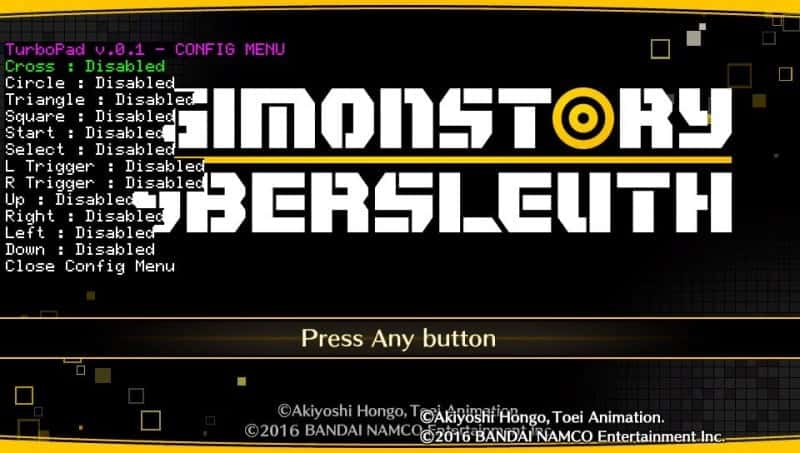 He goes on to further explain how to change the rules per game: “To set your rules, press START+TRIANGLE to open the config menu.  At the moment configs will NOT be saved due to issues I’m having with SD access on plugins, so for the moment you’ll have to set the rules every time you run your game.”  So it has a small downside, but just pressing start and triangle to do it every time at least makes it easily accessible.

Now here are the rules that you can choose from for each game:

Head on over to his download page by clicking here.

@V1RACY
Previous Save Wizard for PS4 MAX – What’s New?
Next How to listen to offline Music on your Android Wear with WearMedia 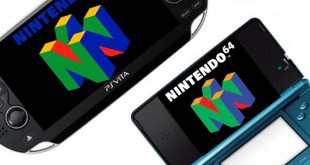 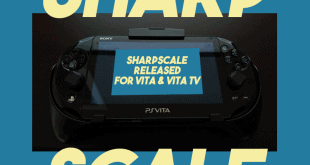