My 3-part report of Gamescom is coming to an end. Day 3, here we go!

On our last day of Gamescom we didn’t really know what to do as we both had already played most games we wanted to play so we went to EA. Freakler went to play one more round of Star Wars: Battlefront and I did the same thing with Need For Speed. I did really well in terms of earning rep (reputation, not Reprep). When I was leaving, I was second on the rep leaderboard (yay) but it was still early in the morning, so…. 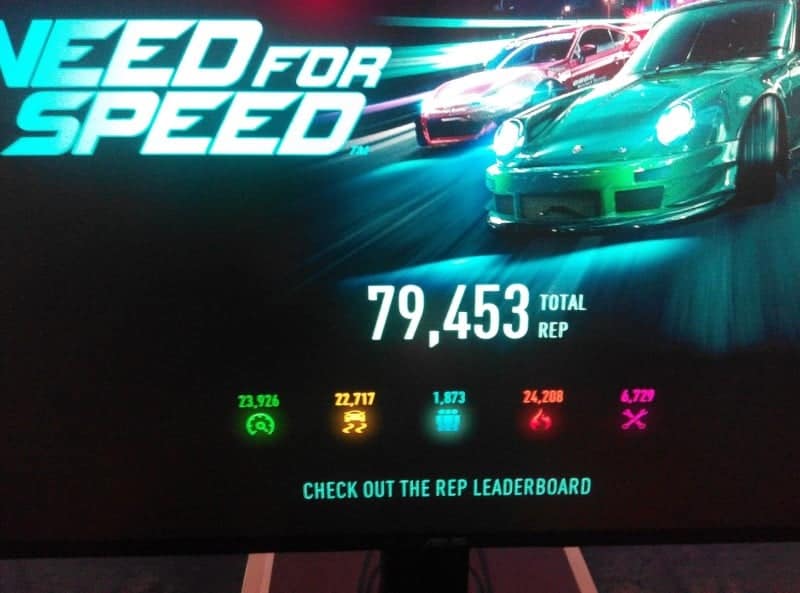 Anyway, after that, we went to Deus Ex: Mankind Divided (Freakler for the second time). It was a demo footage and even though it wasn’t live, it was very entertaining with all the cool weapons Adam Jensen had in his arsenal. Also there were some interesting story events which made pretty hyped for the game but I doubt I’ll ever get to play it. 😀 Plus the game is set in my city, Prague, so it was nice to hear Czech voices in the footage. I feel like Square Enix did a good job with Deus Ex presentation. I didn’t go to see Hitman because Freakler told me that it was a video in German so it wouldn’t be enjoyable for me. Oh well, whatever. 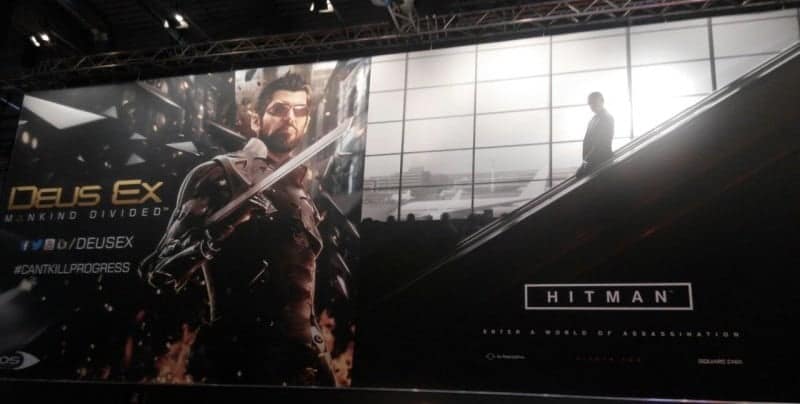 Next was Horizon Zero Dawn. I was passing by that booth the whole Gamescom and on the last day I remember what that game was so I went right to the queue. This turned out to be presentation + trailer + live gameplay. The guy who was doing presentation part spoke English (finally someone at Gamescom) and by the way, he was in a team working on robotic creatures appearing in the game. The game was as beautiful as at E3 during announcement. I loved the gameplay and game’s environment is like out of this world. Let’s see if Guerrilla Games manage to turn this (action) RPG into a gem because that’s what Killzone series is in (first-person) shooters in my opinion. 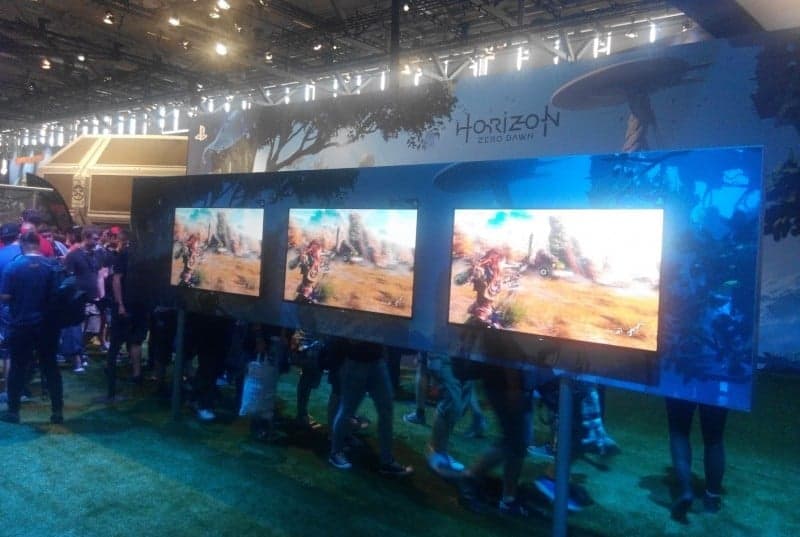 Then Freakler and I went to the hall with merchandise. About 60% of the hall was anime/manga stuff but you could probably find there ANYTHING, especially from games/series presented at Gamescom. See Fallout in the picture below. 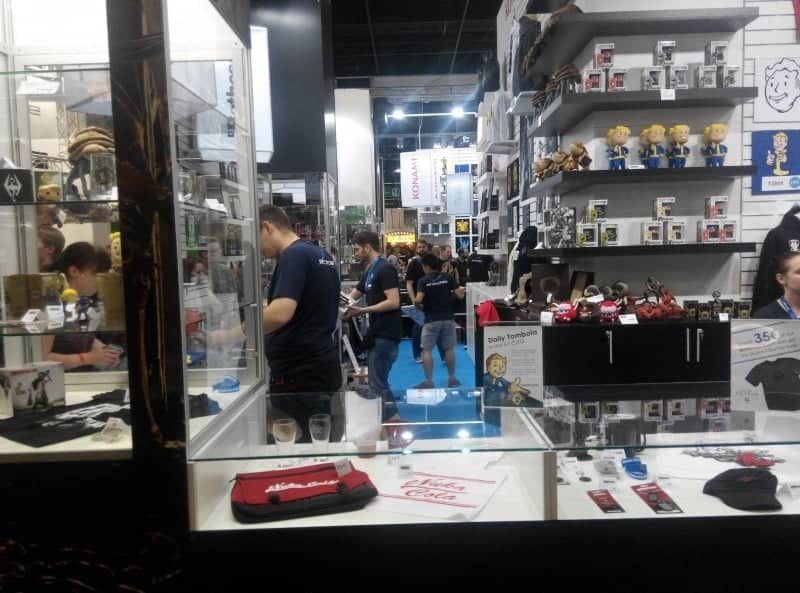 After this, Freakler left and I was alone at Gamescom. What could I do in the rest of the time? Well… “Adam Jensen is back…again…and again.” I went to Deus Ex: Mankind Divided two more times because I thought that there wouldn’t be many people with 3 of those cool promotional figures that were given to everyone at every presentation. Between my second and third round of Deus Ex, I went to Fallout 4 again because my friend asked me to get him the Fallout 4 stickers. I didn’t mind going there again and I maybe enjoyed it more than the first time. When I was leaving the room, I (along with a few other people) noticed that staff was giving away Vault Boy masks at the bottom exit and I got one!

So that was the “collecting” part of Gamescom. Then I felt like it was the right time to go to Kingdom Come: Deliverance. It’s a first-person Czech realistic RPG (no magic, no dragons) from the creator of Mafia, set in the Medieval Europe. I had the opportunity to try the sword combat and the archery. I chose sword combat because the developer promised it would be new and unique. So far, I think they’re delivering. It needs some time to get used to it and requires player’s patience but after that, it’s truly great.

By that time, it was already getting late and I wanted to make it to the bus station in time, so I completed Final Fantasy Explorers quest one more time, took a photo with Vault Boy and slowly headed to to exit. 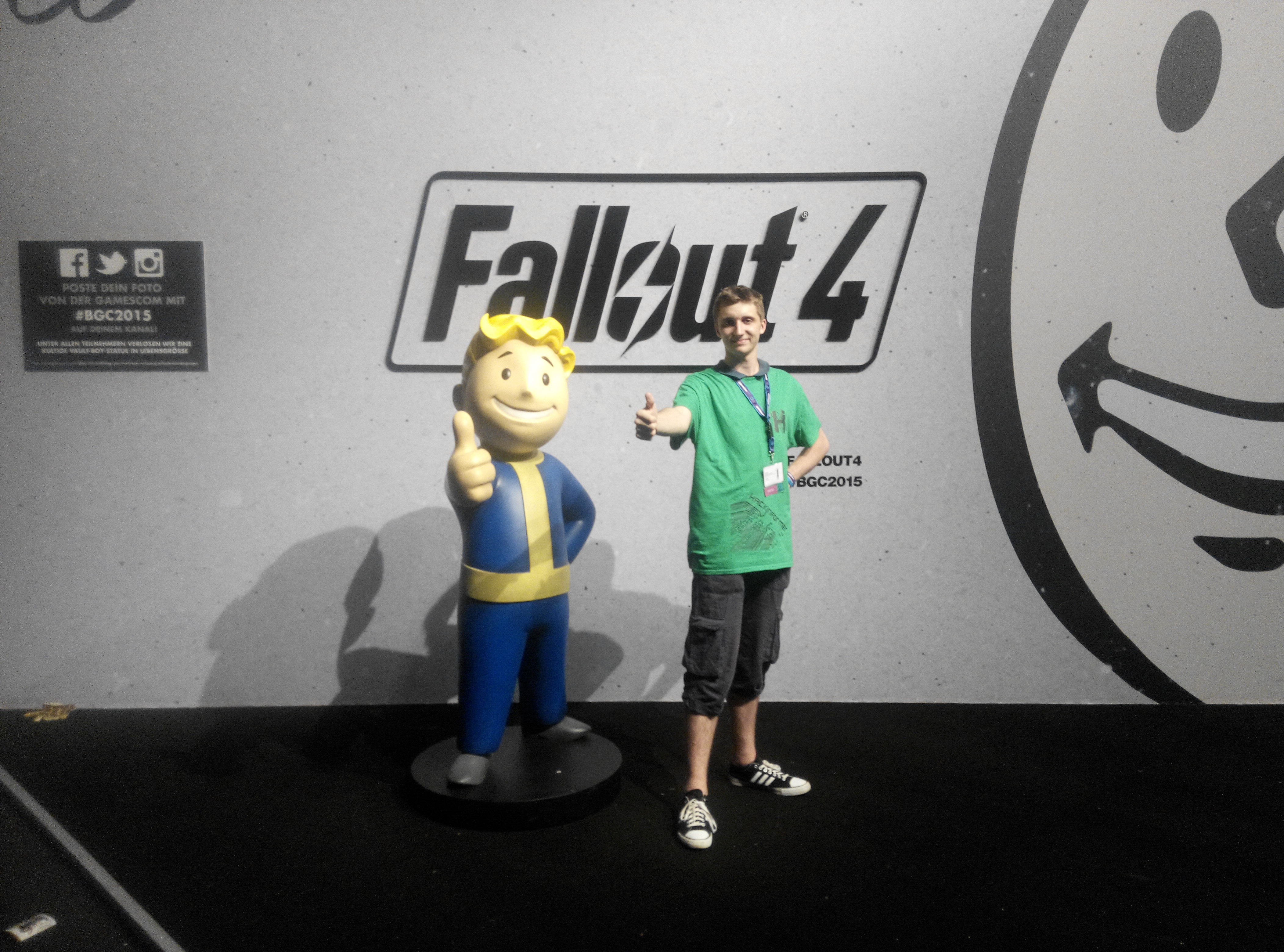 Also, Friday evening was the only time of Gamescom when I felt tired. I guess it just all fell on me as I was like 1 hour from leaving.

Now it’s time to conclude Gamescom 2015:
Okay, that was my Gamescom and I enjoyed the hell out of it. Even though I wasn’t doing some things I could do as a press (like interviews in the business centre), I had a really good time, which is why I came in the first place. Maybe next year. 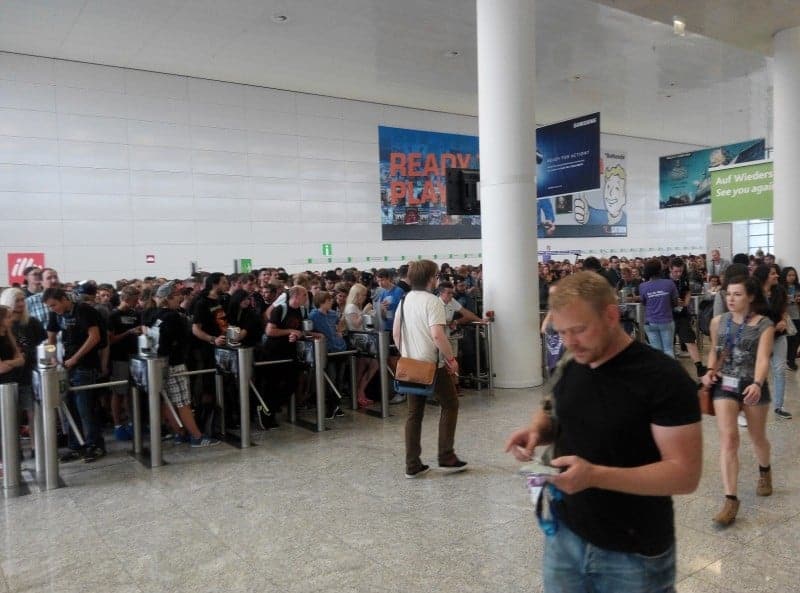 I had a blast, really. If you like video games and you can go to Gamescom but you are hesitating for some reasons, JUST GO. It’s worth everything.

I want to thank Freakler for going through it with me. Also to Hackinformer for giving me the opportunity which resulted in me being at Gamescom. I can’t thank you enough.

Of course, I’m planning to come back next year. It’s far away from now but I hope everything will work out well.

If you want to see the photos I took or have any questions about Gamescom, feel free to contact me using the comments or on twitter. @Dessel575

I hoped you enjoyed this 3-part report. See you next time!

Journalism student at Charles University in Prague who likes to write about video games and hacking. I'm also European politics and history enthusiast. I mostly play on PS Vita and PC. Twitter: @Dessel575
Previous Some new features have been leaked about PS4 beta FW 3.00
Next The Vita hacking scene needs your help