The games premise allows players to control mecha as opposed to controlling humans. The Japanese shooter takes place in the future, where meteorites have hit the surface of the earth, making it uninhabitable for humans.


This forced mankind to push their living to underground quarters, where man-made robots are created for the purpose of working outside the underground shelters.

The concept and game play of Figureheads heralds strategical elements, with team battles of five players on each side.

Information with regards to this title is scarce at the moment, however Square Enix plan to release this PC game later this year, where it will be free-to-play. Figureheads will however use micro-transactions in addition to a freemium model.

Here is the extended story details:

At the end of the 20th century, a huge meteor that settled in Earth’s satellite orbit created unprecedented panic and confusion. Humanity tried to resist by shooting down the falling fragments of the meteor with anti-air missiles, but their cities were ultimately destroyed.

The ground is now polluted by the noxious materials fallen from the meteor, and humans have been forced to live in underground shelters. In order to manage the surface from underground, the development of unmanned robots went through a drastic acceleration, with their tech making remarkable progress.

Youngsters, bored by their new underground life, took a liking to competitive fights operating those unmanned robots called “2 Foot.” The competition named “BOTGame” spread through the world like wildfire.

“BOTGame” then evolved in a major entertainment industry, organized and regulated by the “W2BF,” turning into a sport that provides amusement for many fans around the world.

More information will be provided during Square Enix’s E3 2015 press conference on June 16.

Deus Ex: Mankind Divided, alongside Figureheads will additionally be presented at the PC Gaming Show as well as Square Enix’s E3 conference. 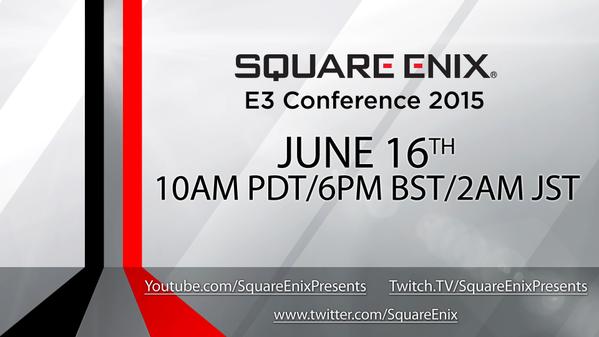 Check out the trailer below:

I like to get everyone the right info and I like to help others get the most from there electronic devices. I enjoy playful cleverness and the exploration of technology. My Motto: You own it, you can do whatever you want with it.
@HackInformer
Previous Short News: Vita SDK almost completed
Next Follow the WWDC 2015 on Hackinformer