In the land of Dusk, there has been adventure time and time again. Within this land of Dusk, three particular adventures transpire and tell an overarching story. This story itself serves as a narrative to the land of Dusk, and “Dusk” itself.  In the Atelier Dusk Trilogy Deluxe Pack, the player takes the role of different individuals with their own stories, which fundamentally reveals several secrets of Dusk. Are you ready for some JRPG goodness wrapped up in a trilogy? Let’s take our adventure to the world of Dusk in our review of Atelier Dusk Trilogy Deluxe Pack 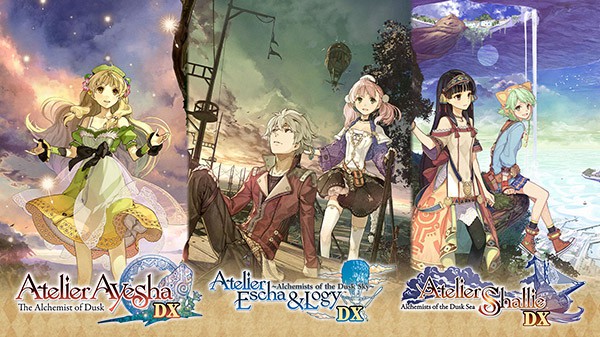 *Special Thanks to Koei Tecmo America for providing a Nintendo Switch Review Key.* 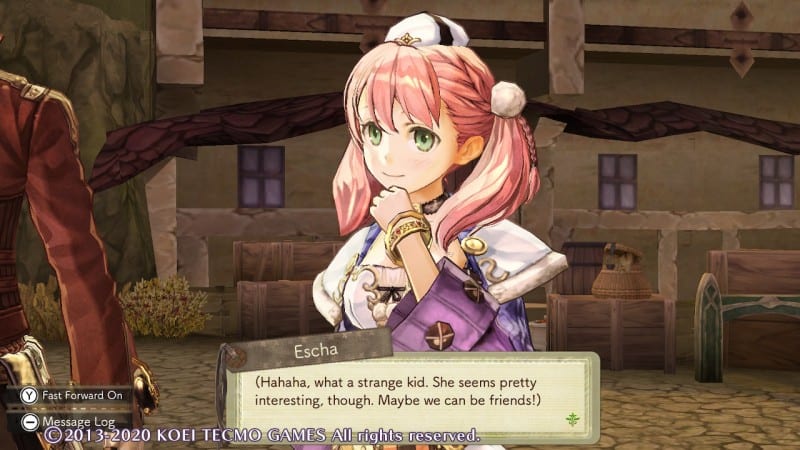 Plot for the first game in the trilogy, Atelier Ayesha: The Alchemist of Dusk DX: 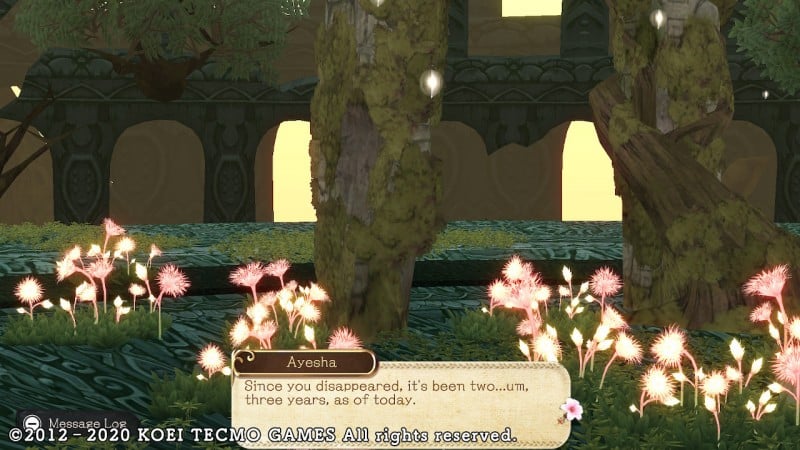 Set in the land of Dusk, the game takes place on a deteriorating continent that had once enjoyed the height of prosperity through the powers of alchemy. Playing as a young herbalist named Ayesha, players embark on a journey to learn the secrets of alchemy and the glowing flowers in order to bring back Ayesha’s missing sister, Nio. Gamers will be able to keep a record of Ayesha’s adventures through the “weave memories system” where by performing in-game actions, players are rewarded with points used to fill Ayesha’s diary. Depending on what is written, players unlock certain synthesis recipes, bonuses, and more. Record with your own hand the various events that occur throughout your quest to find your sister, then reflect upon those memories as you continue to develop your character throughout the game. By meeting certain conditions throughout your journey, a variety of endings can be achieved.

Plot for the second game in the trilogy, Atelier Escha & Logy: Alchemists of the Dusk Sky DX: 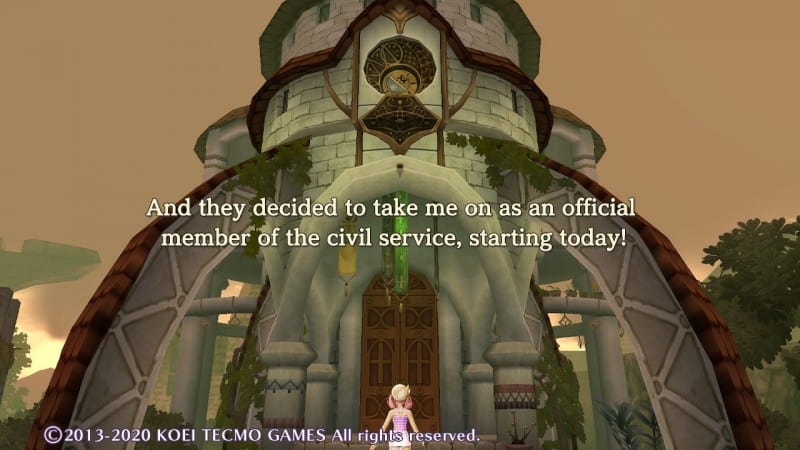 Atelier Escha & Logy: Alchemists of the Dusk Sky DX follows the exploits of Escha, an alchemist who uses ancient alchemy, and Logy, and alchemist who studies contemporary alchemy, as they meet for the first time. Working together in the Development Department, the two discover the mystery of the Dusk, and the game enables players to select whether Escha or Logy will be the main character, allowing them to enjoy the story from different perspectives. Escha and Logy’s job is to survey the city, and they are required to complete a large task within four months. There are optional tasks added throughout the game, and by clearing these tasks, they can receive various bonuses such as raising their stats or receiving reference materials earlier than normal, as the two set off to discover the secrets of the Dusk.

Plot for the final game in the trilogy, Atelier Shallie: Alchemists of the Dusk Sea DX: 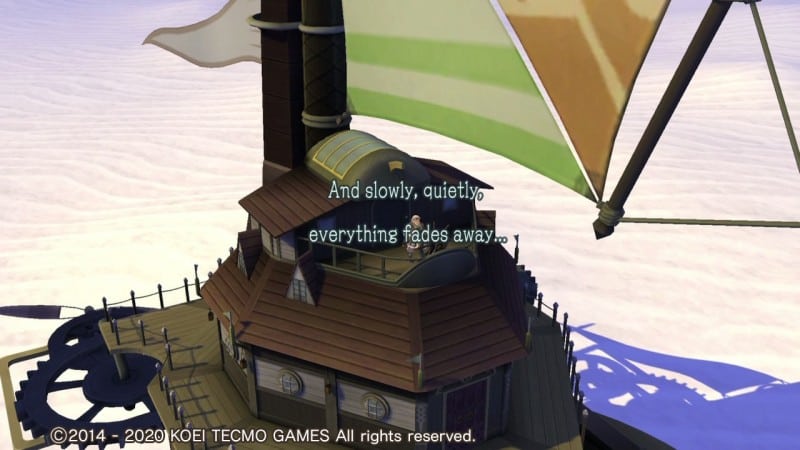 Atelier Shallie: Alchemists of the Dusk Sea DX, introduces fans to Shallistera – a young girl burdened with a mission, and Shallotte – a girl who befriends Shallistera, but has a hidden ambition. The closer the two friends become, the closer they get to unlocking the secrets of the Dusk. Gamers can play as either Shallistera or Shallotte as the main character to see the storyline through their differing perspectives. Throughout the experience, new things that the character “want to do” or “want to try” emerge.

These represent the inner voices of the characters and are referred to as life tasks. Completing these tasks helps advance the story, and if they are completed within a given time frame, bonuses such as EXP can be obtained. Life tasks will change depending on the player’s play style, so everyone can enjoy the journey as they wish, whether they want to put their efforts into synthesizing and completing quests, focus on battle, or simply run around the magical world when they have spare time.

The story for the land of Dusk is an enriching story with much to experience. Each of the three games has its overarching narrative, which for the most part is well written. However, in terms of pacing, it is a different story. Due to each of the game being on a set time frame, the story will not advance until the deadline date is reached and the requirement is meant. 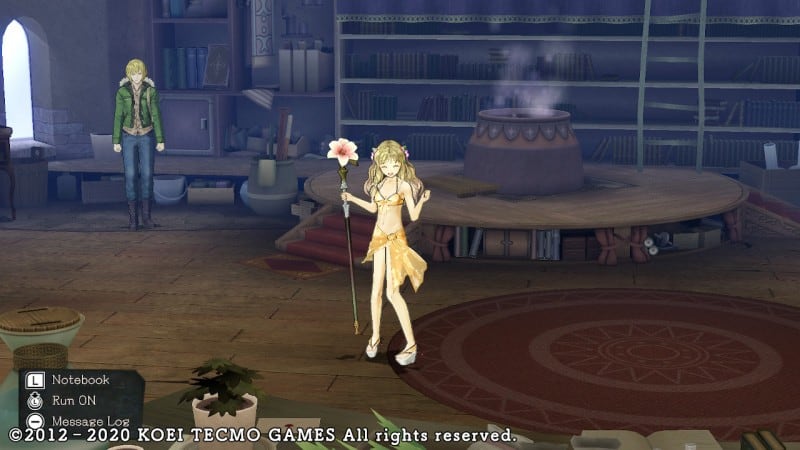 Outside of the pacing issues, the story also dives into the typical “anime” tropes which are expected. However, it adds to the overall story and charm of the characters. It gives insight and world-building through these tropes. While they aren’t essential, it is a nice touch to the Atelier Dusk games. 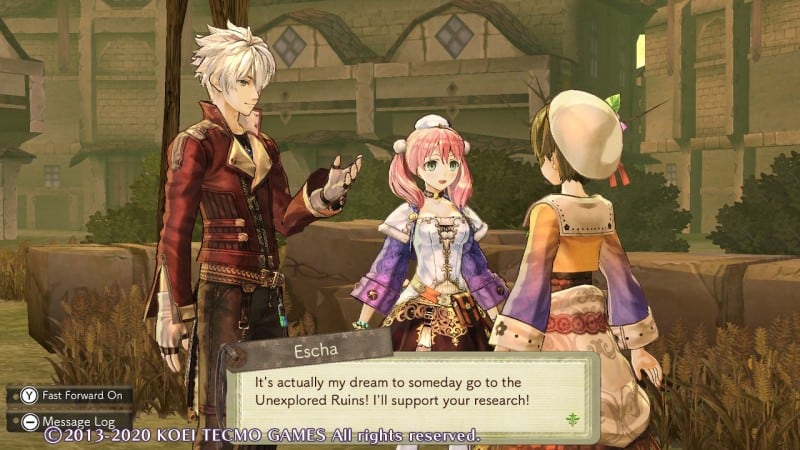 The best way to compare this is the pacing of a story from Persona 3-5. They are well-written stories. However, the story will not advance until the requirement is met before the given in-game deadline. The story continues to march and be told, just as long as the player reaches the date requirement and story requirement. This leads to the gameplay section, as the Atelier games are known for this gameplay (and by extension, real-life) skill. That skill is time-management.

Here at Hackinformer, we have covered several Atelier Games. Here is a couple as an example. I post this because if this section sounds a bit similar, it most likely is. In short, the formula for the vast majority of the Atelier games has never changed in terms of gameplay. 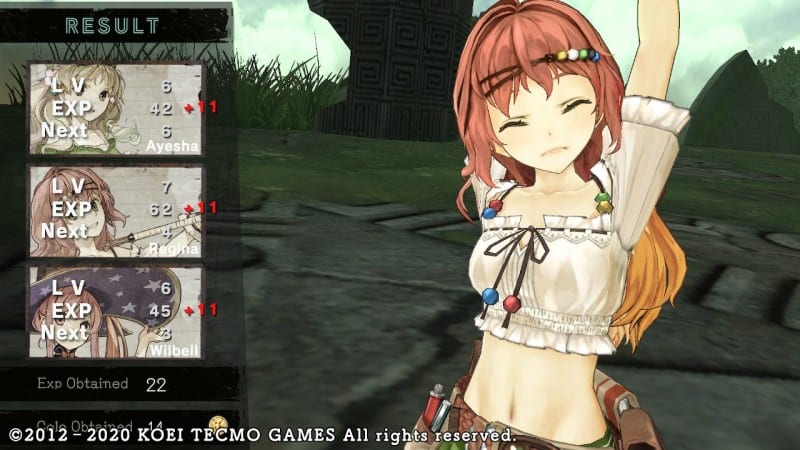 The player is given several different mechanics to utilize. They use each mechanic to craft something (as this is their job being alchemists). From there, they utilize the items crafted and a variety of ways, or they turn it in as part of their job. How does one craft something? They must have the materials for it, which they can obtain from purchasing them, fighting off enemies, or simply exploring the vast world! 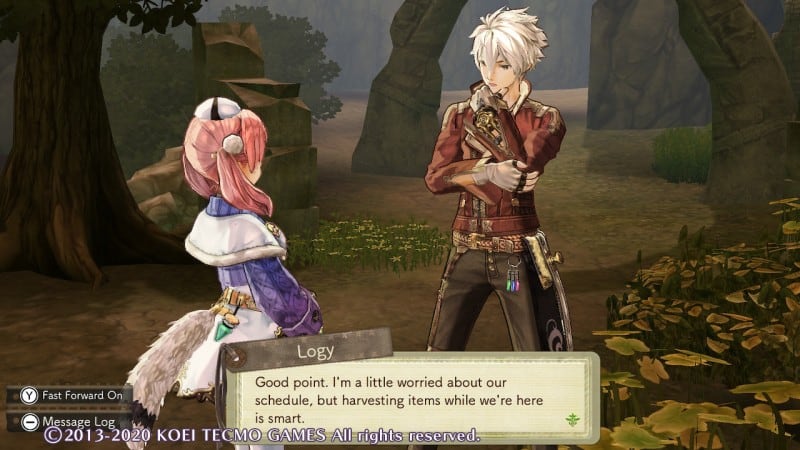 As the player’s alchemy level rises through crafting items and submitting them for jobs, new creations are unlocked to fit that level. With all of this freedom to do whatever the Alchemist needs, how is one to keep them in check. This is where the time management system comes into play. 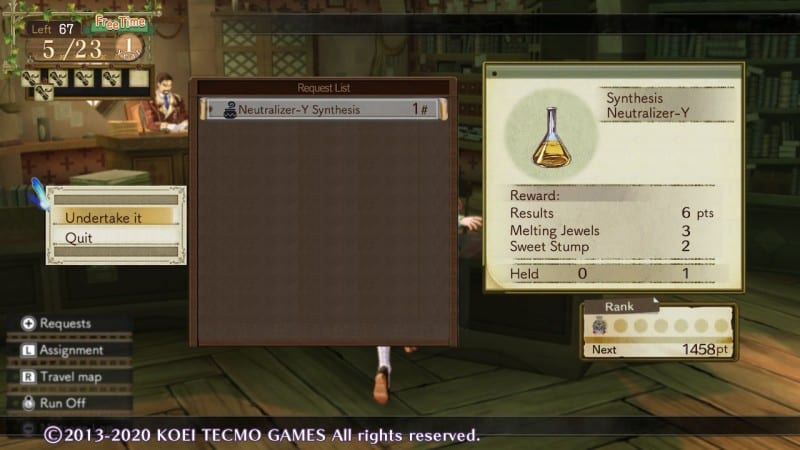 The Atelier Dusk games (and by extension the Atelier games in general) have introduced a time management system. The player is given a deadline to accomplish the main story task. The player has the freedom to approach this. However, they want. However, to advance the story, the player must meet the main task before this deadline date. Just like in the real world, time flows the same in the world of Dusk. 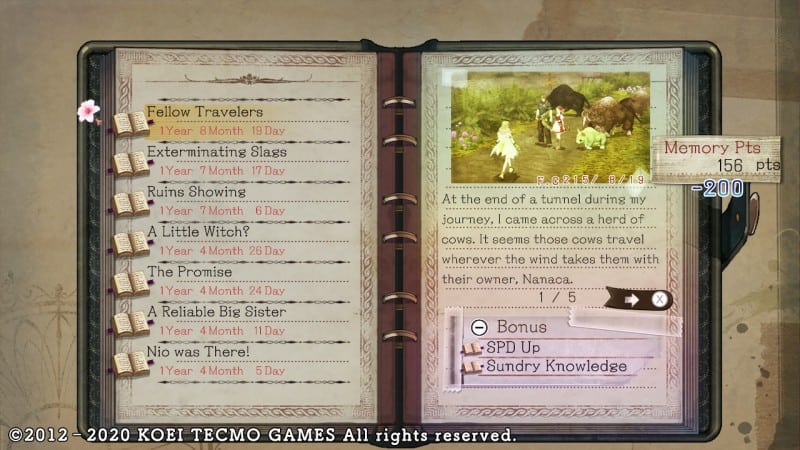 Every action the player takes, no matter what it is, consumes time in the Atelier Dusk games. The player must play accordingly to meet the story task, in addition to any other side story they want to accomplish before that deadline arrives. If the deadline occurs and the player did not meet the set goal, it is game over, and the player is given a bad ending. Time management (much like the real world) is a vital skill and trait to use.

Each Atelier Dusk game provides a tutorial of all the mechanics in the game and can be referred to at any time. This becomes very useful as some mechanics might be forgotten during the long journey in the world of Dusk. It is always good to have a guide to reference back when lost. 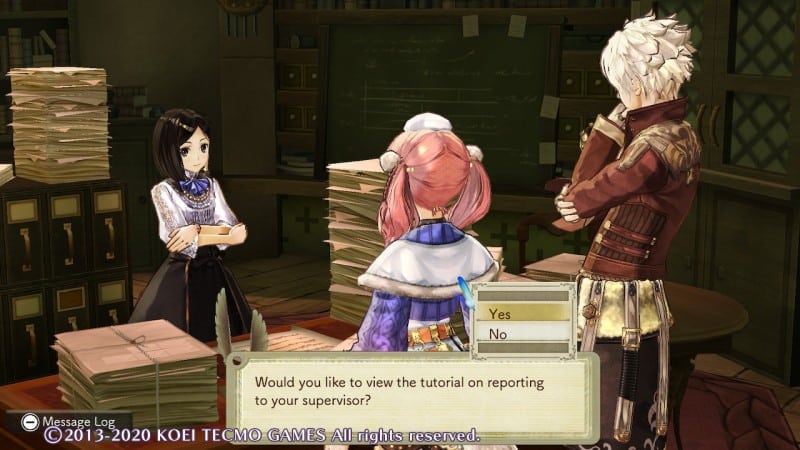 In terms of sound work in the Atelier Dusk games, you are given the option of English voices or Japanese voices. Both choices are fantastic as the talented individuals that do the voice work for both languages have excellent delivery. The sounds outside of the voice work, such as attacking, moving around, etc., is also well done. For the soundtrack of the Atelier games, they fit the overall theme of the games and allow for the immersion. However, as they repeat often, it could become dull after some time.

One song from each game below:

Visually, while the Atelier games are not the top of the line graphics, they are appealing. Each of the Atelier Dusk games follows similar aesthetics as other Atelier games. They look great for the world they are trying to convey. The developers nailed it visually. 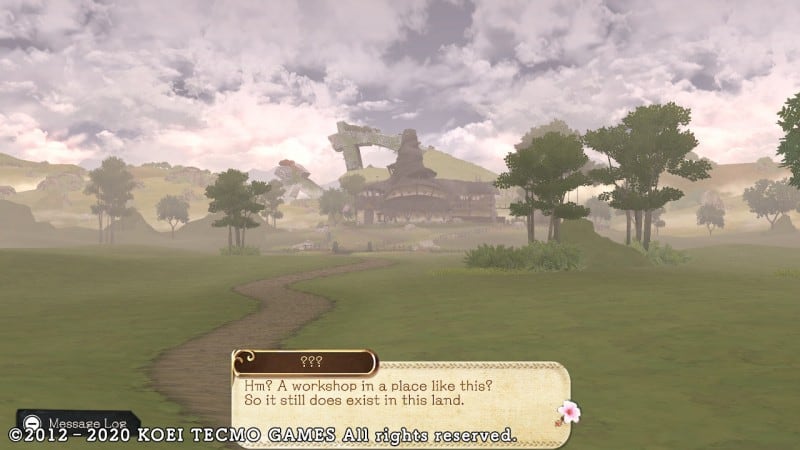 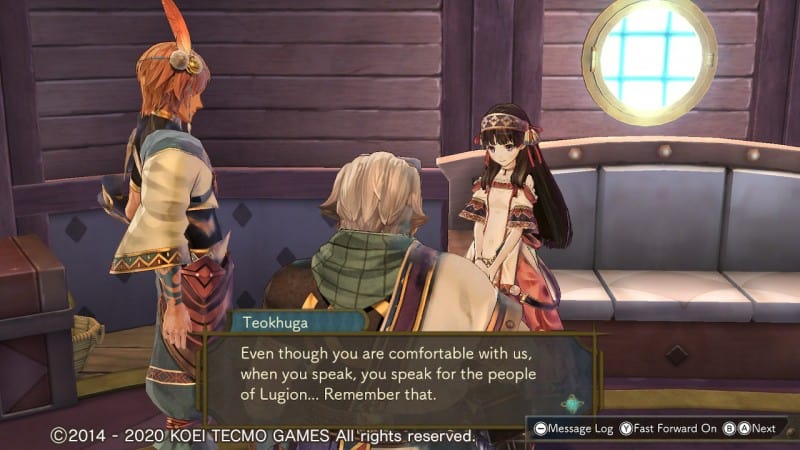 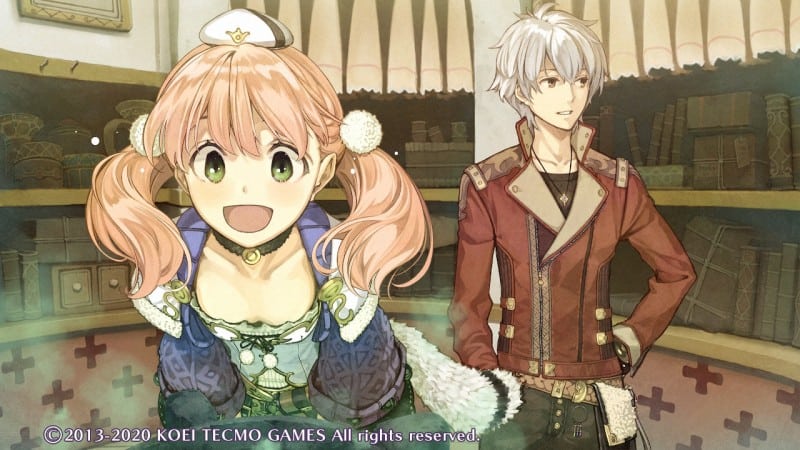 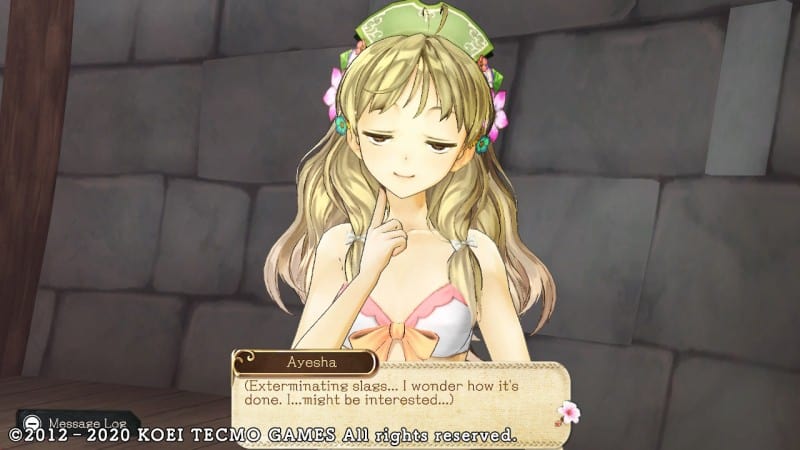 This is a question that is continuously asked with any Atelier game. “Are these games fun?” In an honest response, it depends on what you are looking for. I had fun with the Atelier Dusk games. There are multiple layers of fun to be had in these games that are rarely seen in other RPGs. You have time management, item management, crafting, fighting, an enriching story, and much more.

The game is fun, depending on the player. I had fun in terms of how so many elements are wrapped into a game. I understand these are “remasters” of old entries in the franchise, and the formula has slightly changed throughout the years. However, that does not make it any less fun. There is a level of “fun” that any player could find in the Atelier Dusk games. 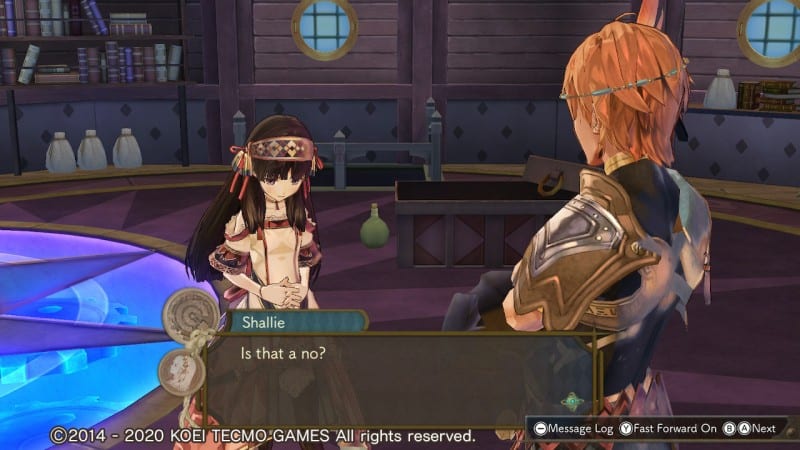 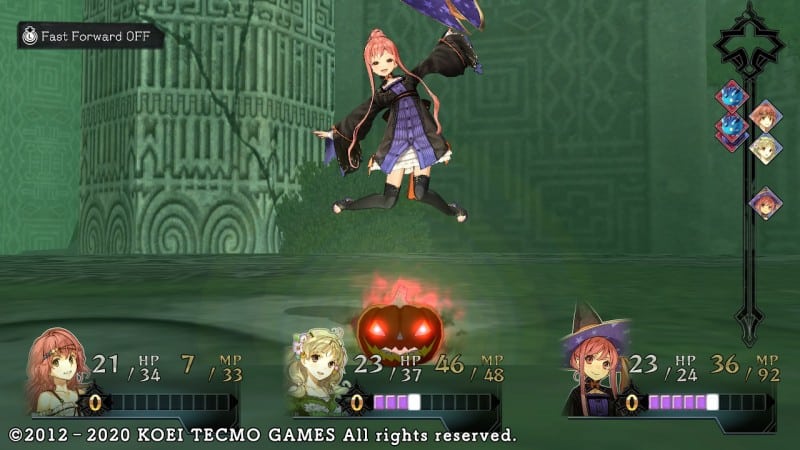 The Atelier Dusk Trilogy Deluxe Pack serves as a remastered version of three previous entries in a long-running franchise. With the three games, a player of any level can jump in and enjoy it. Whether you are a veteran of the franchise or a newcomer, there is fun, adventure, mystery, and a rich story waiting to be discovered. While the games all largely play the very same, it is presented with lovable characters with their goals to achieve.

With absolute freedom, the player is given the ability to do whatever task they want. However, they want and to achieve it. However, this comes at the price of time. Time-management is a massive thing in the Atelier Dusk games. If time management is not a stable trait a player has, this game will provide as a teaching tool to said player. That being said, players need to make the most of their time in the world of Dusk. 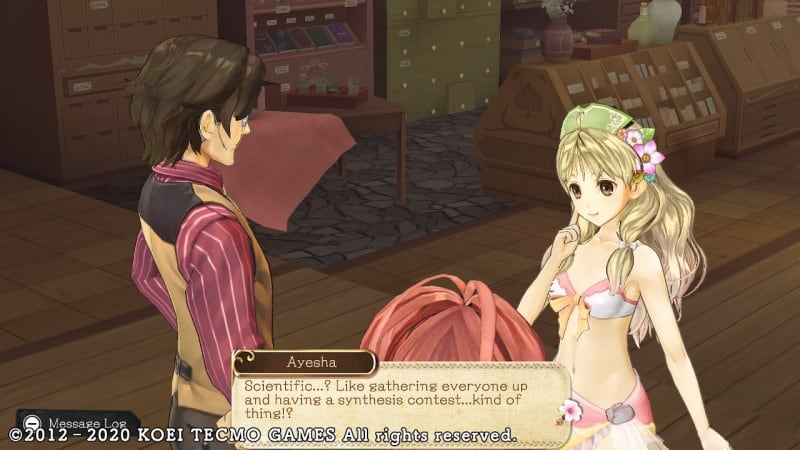 What awaits you, young alchemists? It’s time for adventure. Atelier Dusk Trilogy Deluxe Pack serves as a delightful adventure to get ready for the other enormous releases for the year.  Go forth, young alchemists, and have a pleasant journey!

*Special Thanks to Koei Tecmo America for providing a Nintendo Switch Review Key.