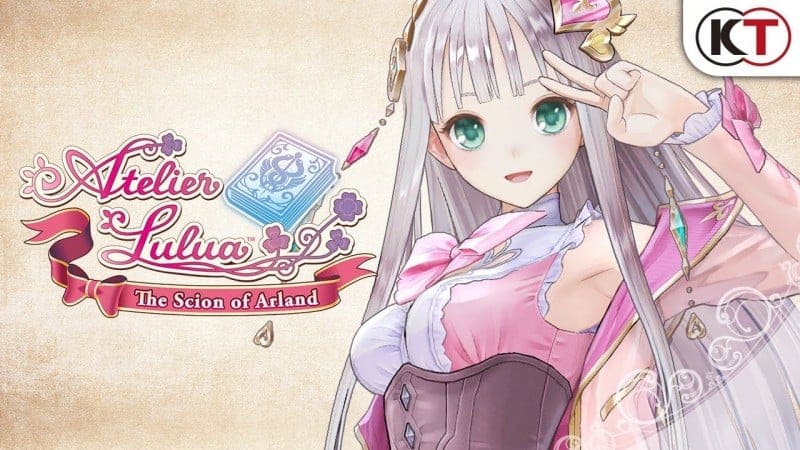 About Atelier Lulua: The Scion of Arland

Atelier Lulua: The Scion of Arland is a sequel to the original trilogy. You play as Atelier Lulua who is trying her best to be a great alchemist like her mother, Atelier Rorona. The game places a heavy emphasis on your alchemy. You have to gather your own supplies to make various things to assist you in your journey. If you’re familiar with the series then this shouldn’t be surprising as Alchemy has always been at the core of the series. You spend a good amount of time foraging outside for recipes. A book called “Alchemyriddle” falls from the sky at one point to assist you when things are outside of what Lulua may know. The pages are blank and require you to complete the hints for your reward.

Honestly it’s a very unique way of doing things and I found it very refreshing compared to the extreme hand holding we’ve seen in some RPG’s. You don’t need to do everything within the book to finish the game so that’s a plus. You don’t really need to play the previous titles to enjoy this one, but there are some characters from the previous titles. Overall, there was never really a point that I felt like I was missing out for having not played the previous titles. I would of liked a refresher on who everyone was, but there isn’t enough emphasis on them to really warrant it.

All aspiring alchemists who purchase the game either digitally or physically within the first month of launch will receive the “Innocent Fairy” and “Fish Girl” costumes for Lulua via DLC. This special DLC will not be for sale in the future. A Limited Edition version of the game will also be exclusively available through the NISA Online Store. This enchanting Limited Edition is packed with must-have content for Atelier series fans, including a physical version of the game, a hardcover art book, the Sound Archives official soundtrack, keychains of Lulua & Rorona, and a deluxe cloth poster – all packaged together in a delightful collector’s box featuring artwork of the young aspiring alchemist,Lulua. 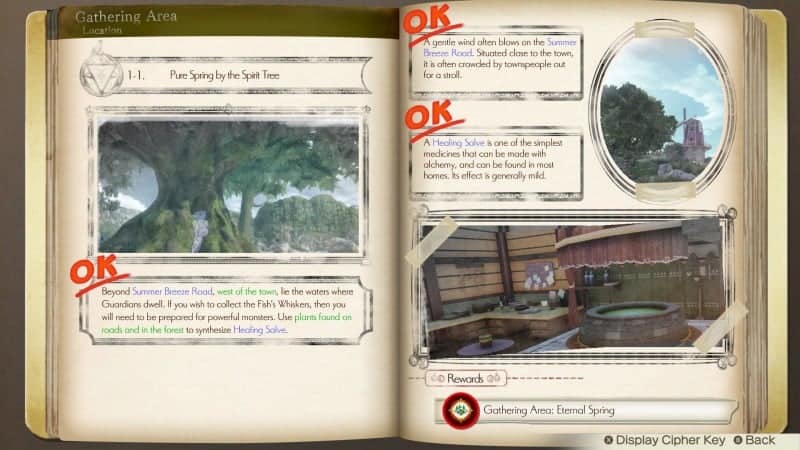 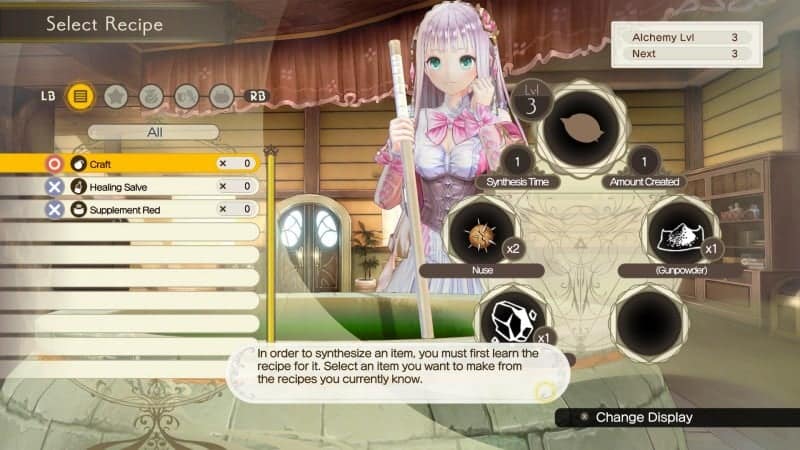 Combat is turn based like your typical RPG. You have other characters with you to assist you with enemies. There’s visuals animations depending what attack you do which I was happy to see. Your special outfits from any DLC even shows up in these scenes. The enemies weren’t too impressive though. I didn’t really mind this as the game is about your alchemy and not a dungeon crawler.

Alchemists exploring Arland for raw materials should always be prepared for battle — these beautiful lands are not only home to important resources but dangerous creatures waiting to attack. Atelier Lulua: The Scion of Arland features a turn-based battle system where players can form a party consisting of five members: three attackers and two taking a supportive role. Support members automatically perform Assist Attacks to compliment the attacker’s actions, and aiming to trigger these regularly will ensure that maximum damage is dealt to enemies.

Attackers have an arsenal of unique skills they can use to strike enemy weaknesses. For example, the talented Eva can use the Range Shift skill; expanding her area of attack for a few rounds. These abilities can also aid in the decryption of the Alchemy Riddle, helping players unlock new synthesis recipes and further skills. Depending on the formation of attackers at the start of an encounter, a special dormant ability known as a Primal Art can also be awakened. These arts automatically activate to offer the party support through their battle in the form of increasing Item Damage, or even increasing Attack Damage, for the entirety of the fight.

In Atelier Lulua: The Scion of Arland, alchemists are able to utilize the new Interrupt ability, offering the chance for them to perform a special Interrupt Skill and use a pre-equipped item, outside of their turn. Once the gauge is full from performing attacks, the skill can be triggered and the pre-equipped item will not be consumed when used – giving the attacking team the upper hand against powerful foes.

You can refer to the video below for the combat. 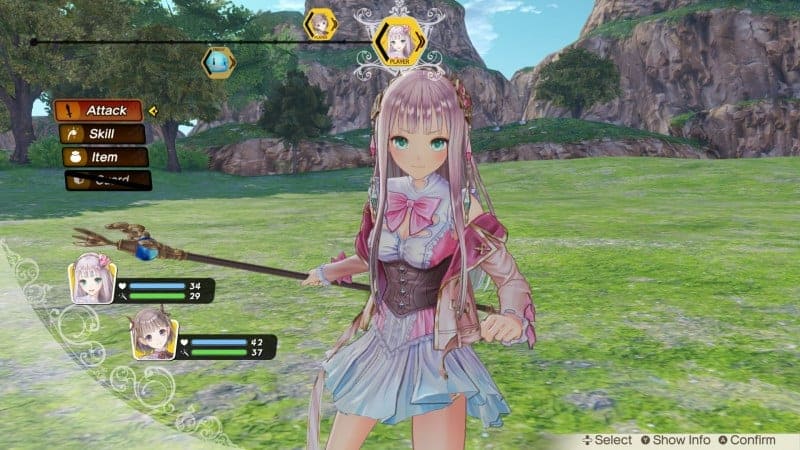 One thing I really wanted to emphasize in my review was just how great the visuals are. Not so much the “cutting edge” graphics like in your triple A titles, but the work they put into designing the world. You can really tell its a work of love and time was taken to ensure that it was visually appealing on the player. Even the map for traveling has icons like a pop up story book. It’s actually a fairly relaxing experience. I know I spent a solid five to 10 minutes just taking in the scenery. 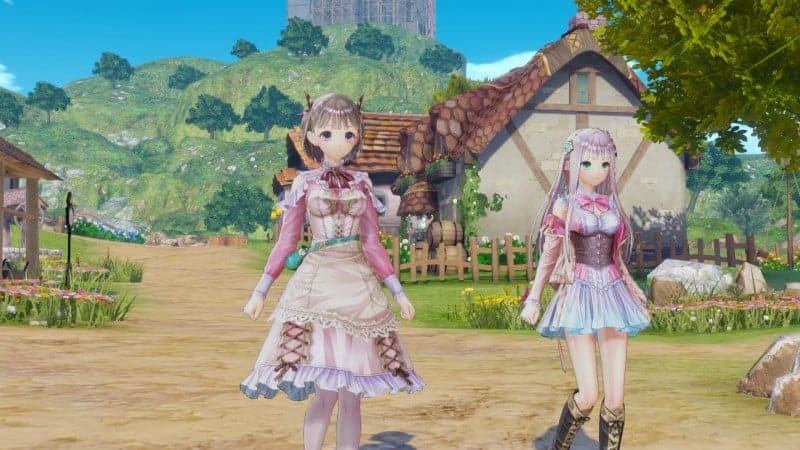 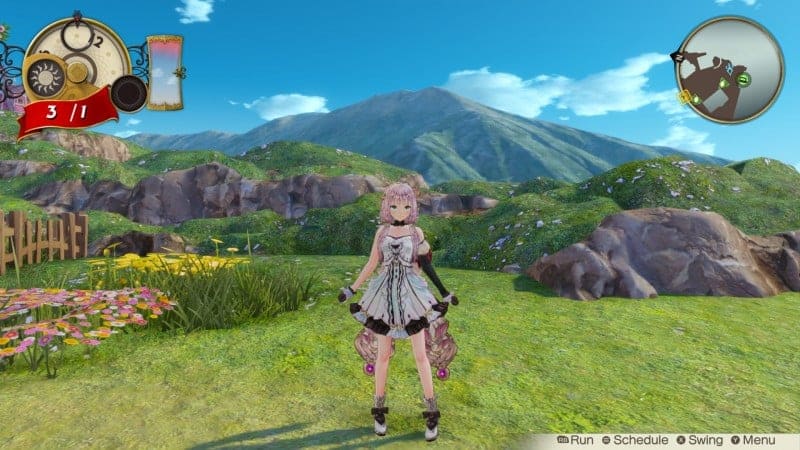 I had a fun time with this game overall and was really happy that I didn’t run into any issues with the story since this was my first in the series. I also didn’t run into any bugs thankfully. A lot of titles launch these days with loads of bugs for whatever reason. There was really only one complaint I had about Atelier Lulua: The Scion of Arland. There is no English Dub so that may be a deal breaker for some. I did have some trouble learning alchemy, but that was more of a personal issue due to not having too much time to really continuously play it. There’s some Free DLC that launched with it that include some outfit variations as well as a some starter packs. They released some paid cosmetic DLC recently and have plans to release more that include playable characters. You can find a list of upcoming DLC here. This is defiantly a title i’ll be going back to once I play the rest of the series. 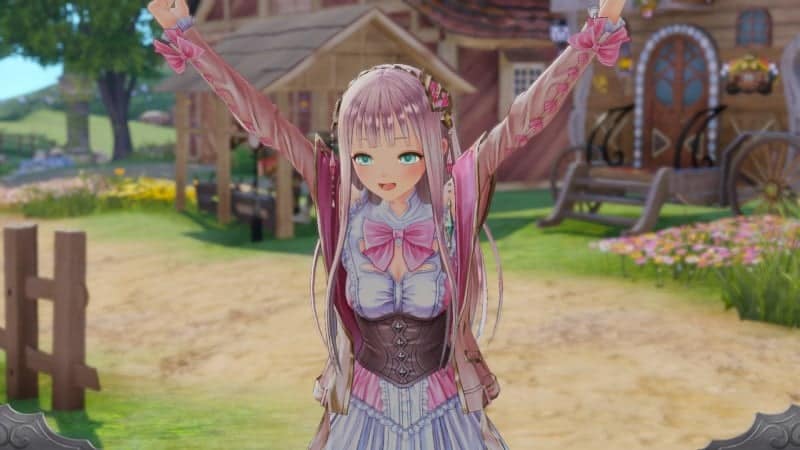 This product was provided for free and reviewed on Steam with the following system specs:

Gaming has been a passion of mine since I was a child. I’m a very community oriented person and run several discord servers for bots, communities and programs. I primarily play on PC these days. If you have any questions or concerns you can reach me via the following platforms: Twitter: @PCMRocky Discord: ROCKY_southpaw#1338
@PCMRocky
Previous E3 Week is approaching here at Hackinformer!
Next Pre E3-Stadia Announcements