Review – Atelier Lydie & Suelle: The Alchemists and the Mysterious Paintings 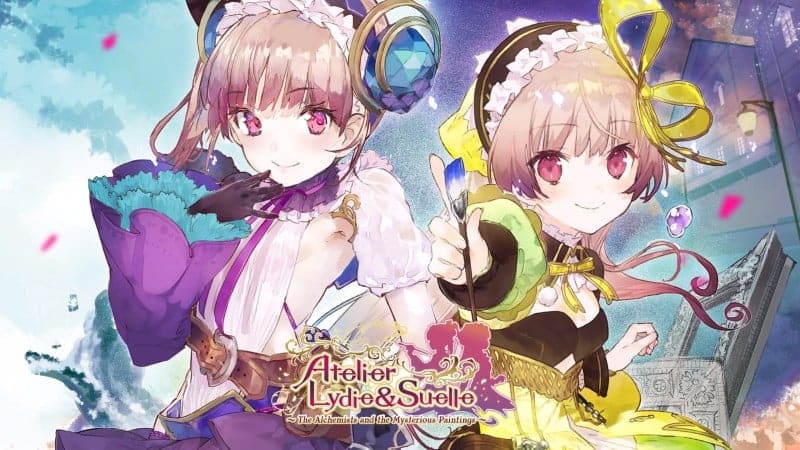 Atelier Lydie & Suelle: The Alchemists and the Mysterious Paintings 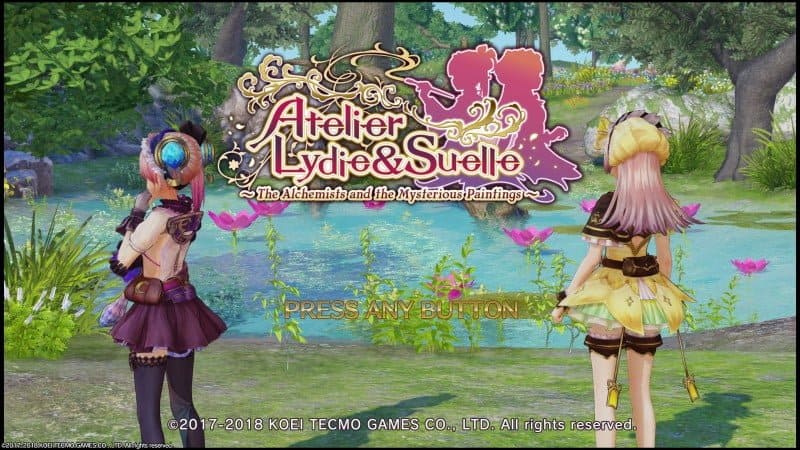 From the Wikipedia entry:

The story follows the alchemist twins – the reserved but caring Lydie Marlen, and the eccentric, carefree Suelle Marlen who work alongside their father at the family atelier. But due to his inexperience in alchemy they rarely see any customers. While working to hone their skills, the duo uncovers a mysterious-looking painting, and as they reach out to investigate, the girls are drawn inside a world bountiful with rare materials perfect for alchemy.Thus begins the twin’s adventure leading them to their joint goal to run the best atelier in the country. But again, their inexperience and lack of customers makes this a difficult goal to attain. This entry into the series follows Lydie and Suelle go through everyday life at the atelier, but it also mixes everyday life with extraordinary experiences and adventures. To achieve this, “paintings” were chosen to be the theme of this entry into the series.

The Atelier games all have their own series within the main umbrella series. This title falls into the “Mysterious” branch of the series. It is stated to be the final entry in that branch.  In terms of the story, it is delivered in a unique way. There are several story elements that come at the player and it is put together well. Many games attempt to do this, some succeed.Atelier Lydie & Suelle: The Alchemists and the Mysterious Paintings is one of those games that successfully delivers in that regards. With so many different story events going, it is a wonder how Gust was able to do this. However, they were able to do it, and it is thanks to the gameplay behind it. Check below for more info there. 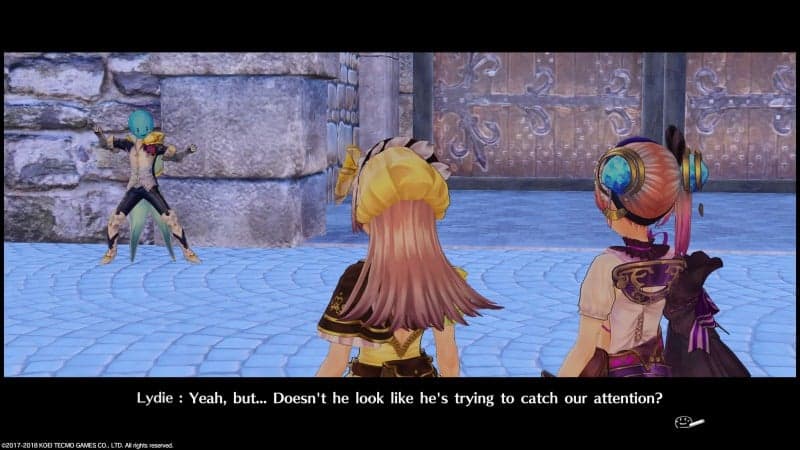 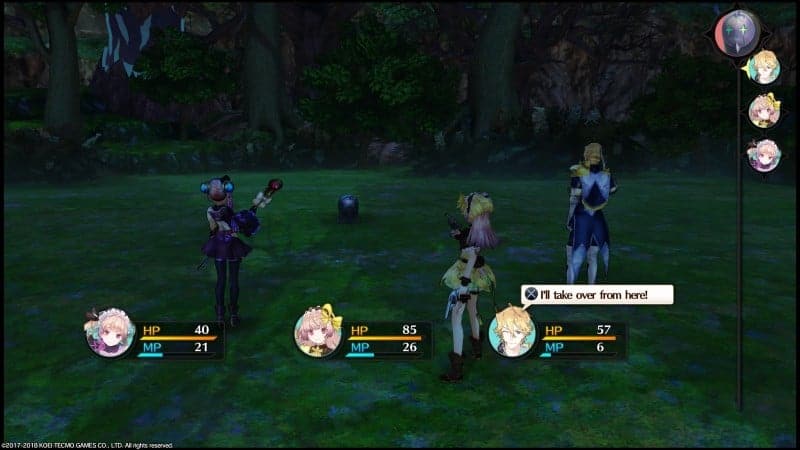 If you are new to the Atelier franchise, the gameplay can be overwhelming as it consists of several elements. There is farming for materials, alchemy creation, time management, side quests, story quests, exploration, and dungeons. It is all wrapped up in a nice package despite it being so much coming at the player at once. It may take some time to fully adapt to the gameplay, but once it is learned it becomes second nature. 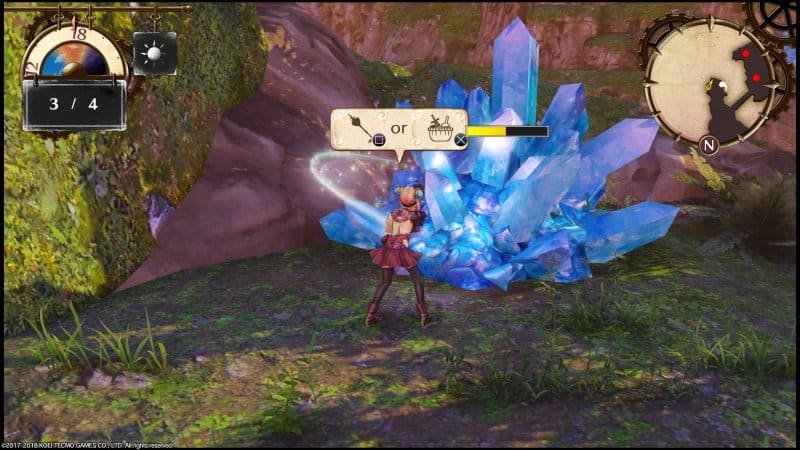 Considering the title of the game is Atelier Lydie & Suelle: The Alchemists and the Mysterious Paintings, that is the central core of the gameplay. While players farm new material it can be utilized for several different creations and upgrades. Alchemy will be used to create/upgrade equipment & weapons, create quest items, create necessity items, create healing items, and much more. With each creation, Lydie and Suelle will get experience for their alchemy. This will unlock more items to create as they level up their alchemy. This becomes necessary as the progression of the game occurs. 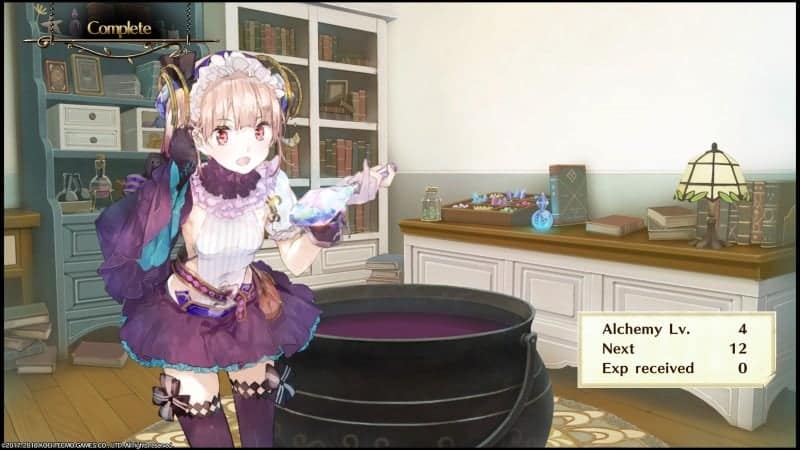 Another element is the time-management system. This is not like a traditional time management system in other games. In  Atelier Lydie & Suelle: The Alchemists and the Mysterious Paintings, the player will be given deadlines to achieve tasks. This goes from side quests, notice board quests, and story quests. Everything must be met before and by their deadlines or the player will suffer the consequence. This could ultimately lead to the bad ending of the game.

Newcomers to the Atelier will find themselves overwhelmed with everything going on, but as stated before, it will become second nature so as long as the player sticks through it. Veterans will enjoy what is to come in this game. 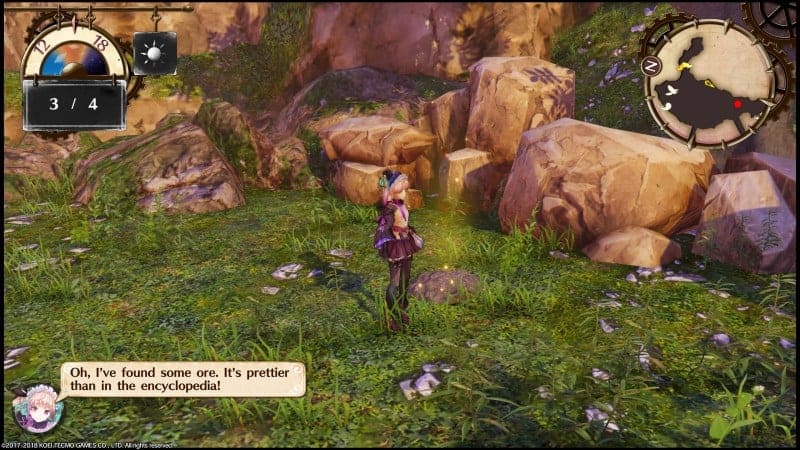 Visually, Atelier Lydie & Suelle: The Alchemists and the Mysterious Paintings may not be the most impressive visual game. However, the aesthetics of the game is perfect for its presentation. It is charming and visually appealing. Could it be improved? Sure it could, however, it is fantastic as it is. 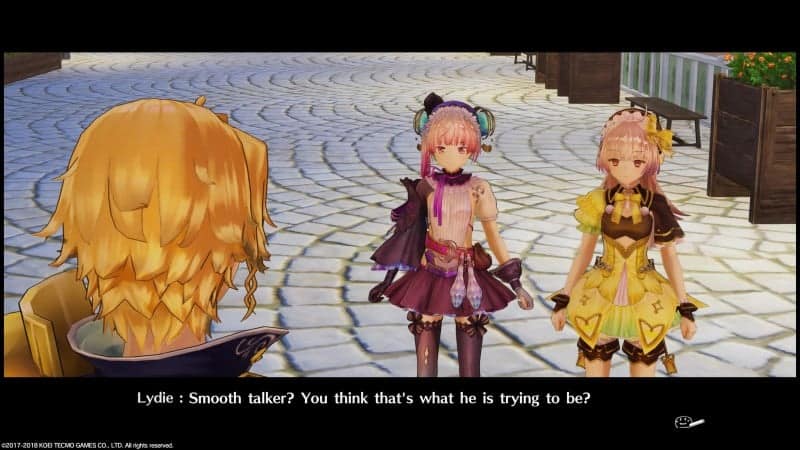 Is this game fun? Yes and know depending on the player. For myself, I am not the biggest Atelier fan. However, I found much enjoyment in this game. It was fun playing this game as it provided a fresh air into an already oversaturated gaming market. It delivers many elements that other games may not have and does it in a great approach. For those who are new to an Atelier game, it could be difficult to find enjoyment if they are overwhelmed. However, once everything is handled, it becomes second nature and will become fun. 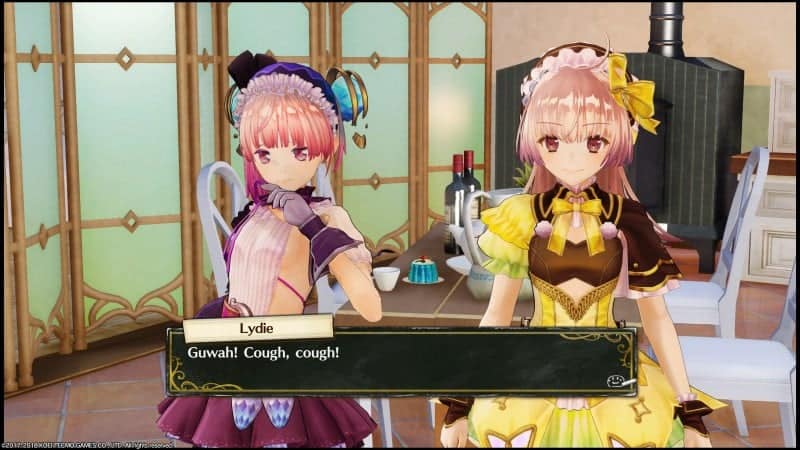 Atelier Lydie & Suelle: The Alchemists and the Mysterious Paintings has multiple endings within the game. However, that is not the main thing here. The game has several different approaches to accomplish other tasks and does it in a creative manner. The player will find themselves addicted to the systems in the game. With a good amount of things to do, there is a good amount of replay value to have in this game. 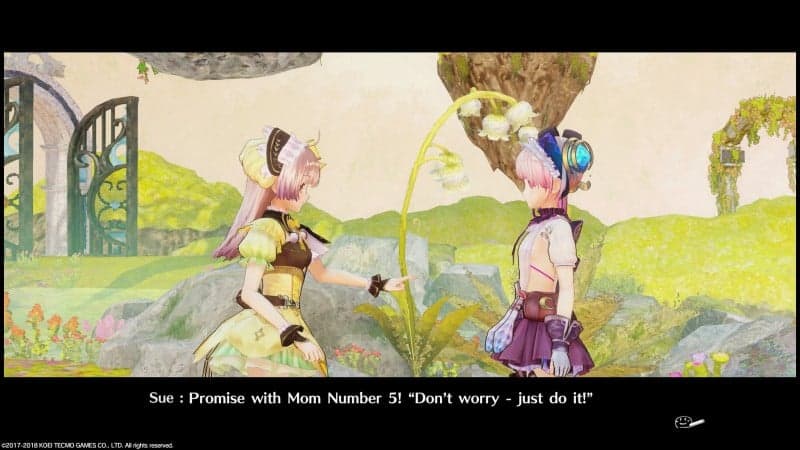 Atelier Lydie & Suelle: The Alchemists and the Mysterious Paintings is only a small part of a large franchise. This entry celebrates 20 years of the Atelier franchise, which is considered a niche franchise. With the fanbase of the franchise, it is amazing that it has been going for 20 years and shows no sign of slowing down. Hats of to Gust and Koei Tecmo to keep this franchise going and branching it out to other platforms. 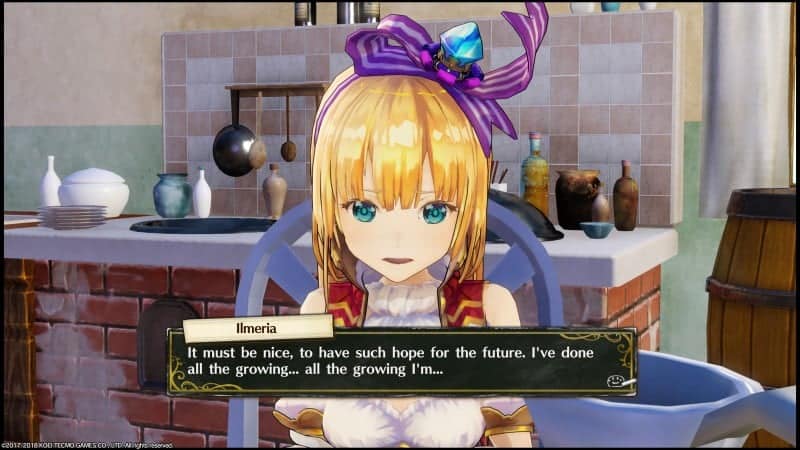 Atelier Lydie & Suelle: The Alchemists and the Mysterious Paintings delivers a unique story that players may not expect. It is deep and rich with different story elements. The gameplay is fun, while could possibly be overwhelming. The voice work is fantastic, as well as the soundtrack, despite some tracks that repeat. All and all, while this may not be the best game around, it is a fantastic game of a niche franchise. Gust and Koei Tecmo have outdone themselves with this entry. For veterans, this is a great addition to the Atelier franchise. Newcomers will find themselves in a unique game and find themselves possibly overwhelmed but will have some enjoyment in it.

A gamer and jack of all trades. I enjoy many things, but overall just enjoying life. Hopefully, I can add enjoyment to your life through my articles or interactions.
@mgs2master2
Previous Moviepass! Is it still worth getting?
Next Review: HideIt Mounts for Consoles