The Atelier franchise has spawned games for over 20 years. They are some of the most niche titles out to date. Recently a Deluxe pack has released that encompasses three titles within the Arland series. Let’s take a look at our review of the Atelier Arland Series Deluxe Pack. 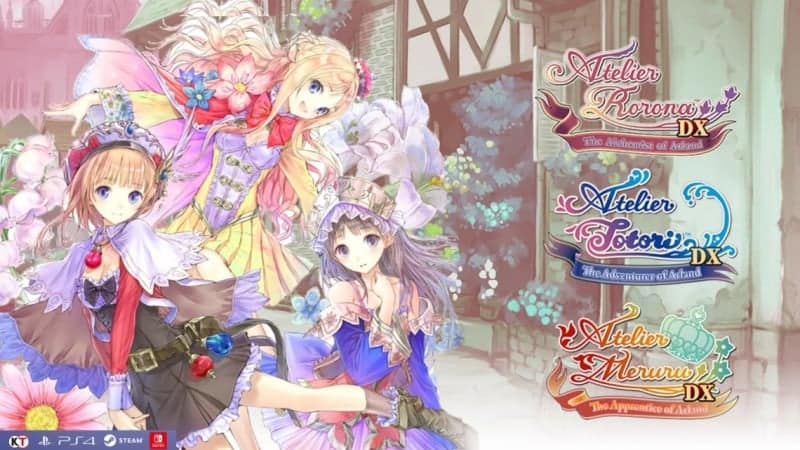 *Thank you Koei Tecmo for the Playstation 4 review key*

The Arland Series includes three Atelier games. The story order of these three games is Atelier Rorona ->  Atelier Totori -> Atelier Meruru. Below is a small summary of each title from the Atelier Wikipedia page and  Atelier Wiki.

Some of the wiki entries will be shortened to prevent a lengthy article, as well as to just hit the main story points.

Atelier Rorona: The Alchemist of Arland 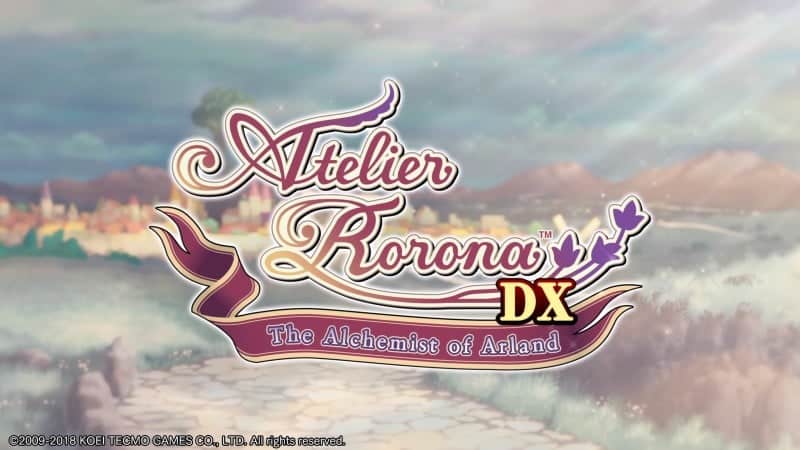 The game opens with a brief introduction to the city of Arland, a city that is slowly being industrialized, but also a city that uses technology possessed by an ancient civilization. We are then introduced to the main character, Rorolina Frixell (Rorona, for short), who is forced to work for a master alchemist (Astrid Zexis) to pay off a debt her parents owe.

One day, Sterkenburg Cranach (Sterk, for short), a knight of Arland, comes to the alchemy workshop and informs Rorona that the shop will be shut down, unless she is able to prove that it can function in the city’s economy. Over the next three years, she must pass 12 examinations to assess the ability of the workshop to do this.

Atelier Totori: The Adventurer of Arland 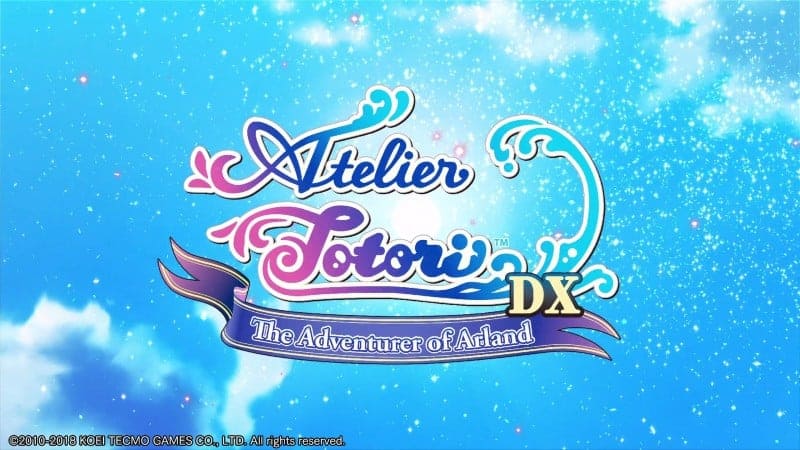 Atelier Totori takes place 5 years after the previous game, Atelier Rorona. It begins with Totori in the fishing village of Alanya, her hometown, and ends after five years pass. Totooria Helmold (also know as Totori) is Rorona’s student who is looking for her missing mother. After the events of Atelier Rorona, Rorona has been traveling across Arland teaching alchemy. One day, Totori and her older sister find a starving Rorona collapsed on their doorstep. She teaches Totori about alchemy, adopting her as a student. Since then, Totori has been learning alchemy on her own.

Everyone in Alanya believes that Totori’s mother is dead. However, Totori thinks she is still alive, so she travels to Arland in order to become an adventurer and search for her. Players follow Totori on her journey exploring the world, improving her alchemy, and searching for her long-lost mother.

Atelier Meruru: The Apprentice of Arland 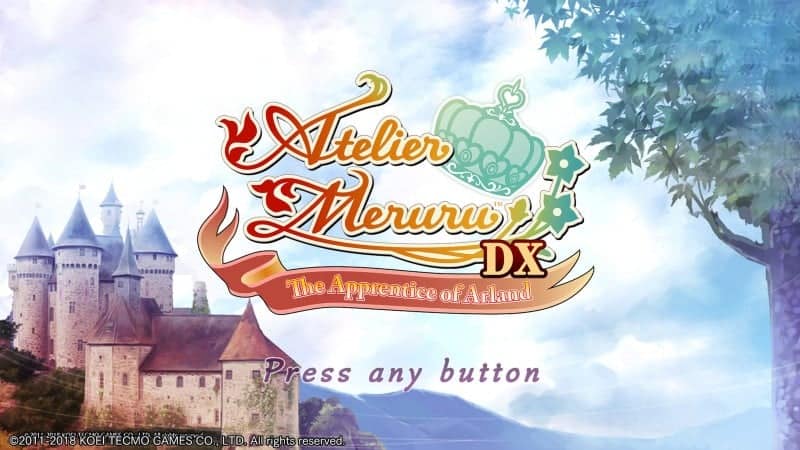 Arls is a small rural kingdom far from the republic of Arland. Arls is governed by Lord Dessier whom wishes to merge with Arland and become a republic in three years time. Unlike her father, princess Merurulince Rede Arls pays no attention to Arls’ politics. The young princess often sneaks out of the castle and has taken up a new interest in alchemy.

After synthesizing the pie and delivering it to the solider in Moyori Forest, she returns to the castle to inform Rufus of a job well done. Rufus compliments her on completing the task, but also reminds her that she has yet to talk to her father. When Meruru speaks to her father, she is pleased to hear that he realizes how serious she is about alchemy. He even gives her a blessing to practice alchemy, under the condition that alchemy be used to develop the Kingdom. If Arls’ population fails to reach 30,000 people in three years time, Meruru will have failed her royal duty and will be forced to quit alchemy. If she succeeds, then she will be allowed to continue practicing alchemy.

From the gist of the main points of each game, they follow a similar path. The player is given a deadline and must meet it with certain alchemy goals. If the player fails that deadline, its game over. However, the story continues as the player progresses each deadline given. This is done for the extended length of time the game gives the player. In between, there is more story and characters to meet. Each of which is lovable in their own way as well as a surprisingly deep story to learn. 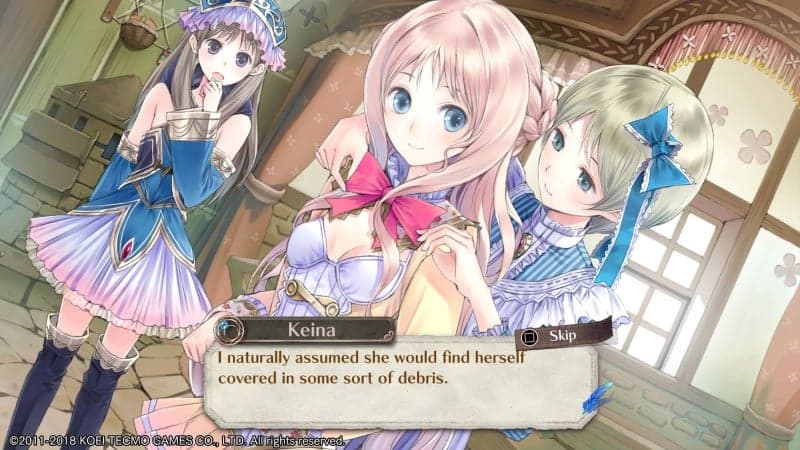 Gameplay is the same across the three titles. The player is taught how to utilize items found in the world with a combination of alchemy to create new items. These items range from tangible items during your adventure or quest related items to turn in. Each game has a thorough tutorial that will teach a player of any level how to appropriately master alchemy and use it throughout the games. 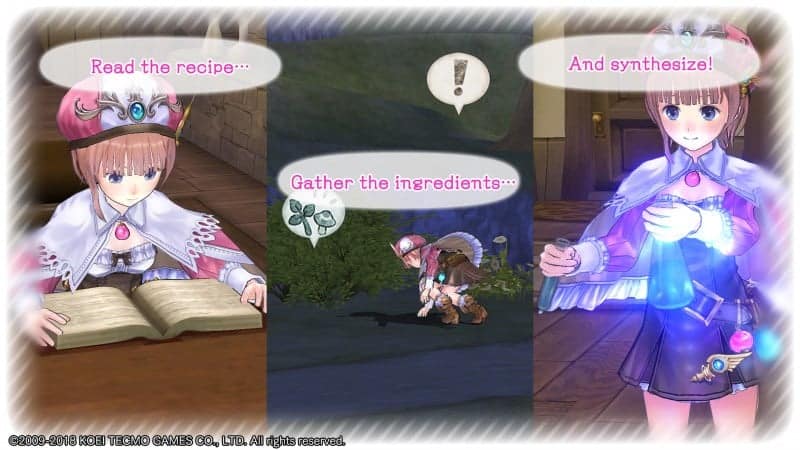 It is interesting to see a formula that has lasted for so many years slightly deviate or have new tweaks each game, remain largely intact. It is essentially the formula of “if it isn’t broke, don’t fix it” brought out in game form. The formula is simply exploring, gathering, alchemy, meet deadline goals, and repeat. 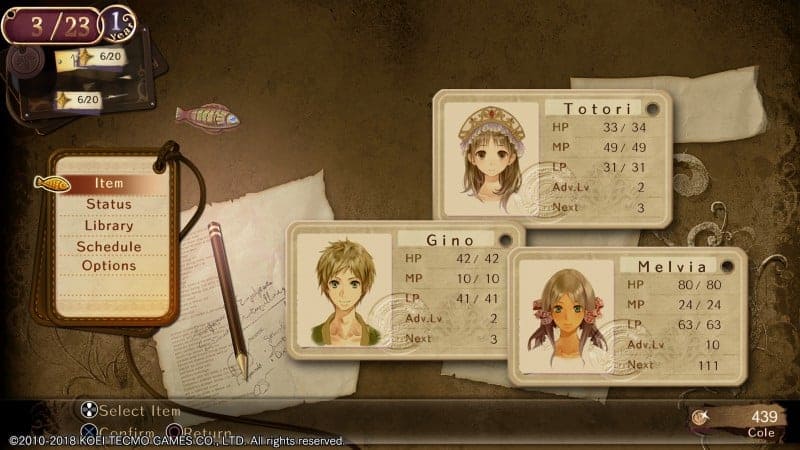 The time system (or deadlines) also adds a sense of urgency in each title. You need to find a particular item, and craft a new item. If that material is not around you have to explore. Everything from exploring, to alchemy, to even resting takes time away from the player.  The game essentially does a great job teaching prioritizing tasks and time management. 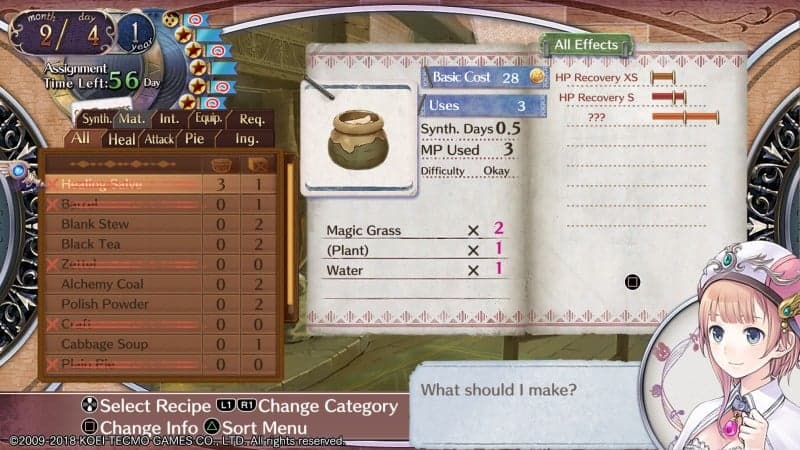 At times I found myself asking “can we not have deadlines and enjoy the game?” However, that defeats the entire purpose of the game. The deadlines are there and give the player that sense of urgency and it drives the story home in that regard. If the player does not manage their time well, they will find themselves back into a corner of a bad end state.

Audio-wise, the game sounds well. There are English and Japanese voice action options in each title. The soundtrack for each game has some gems within it. However, the soundtrack can become very wearing at times as you explore each area several times over for materials.

There are some notable tracks within each title, however, it is VERY wearing all things considering. The Atelier games can result in a large amount of playtime.

Visually, the Atelier games have not been the most graphically impressive titles. However, I can say they have some of the most visually aesthetic titles I have seen in gaming. It looks like something out of an Anime, and that works for the atmosphere of the game. 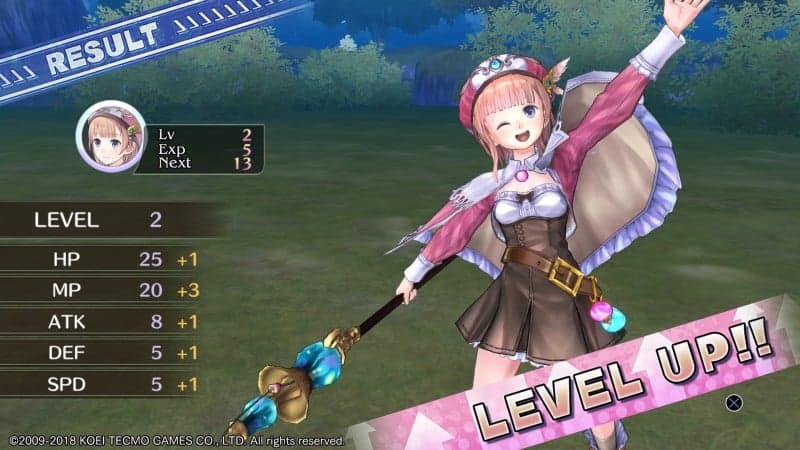 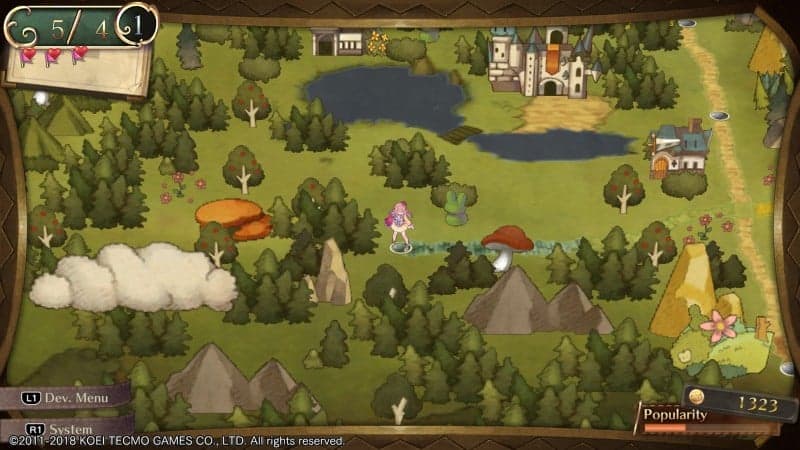 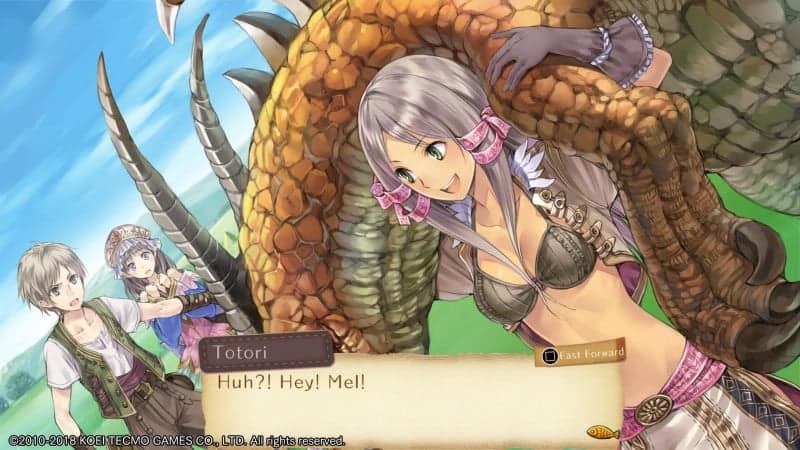 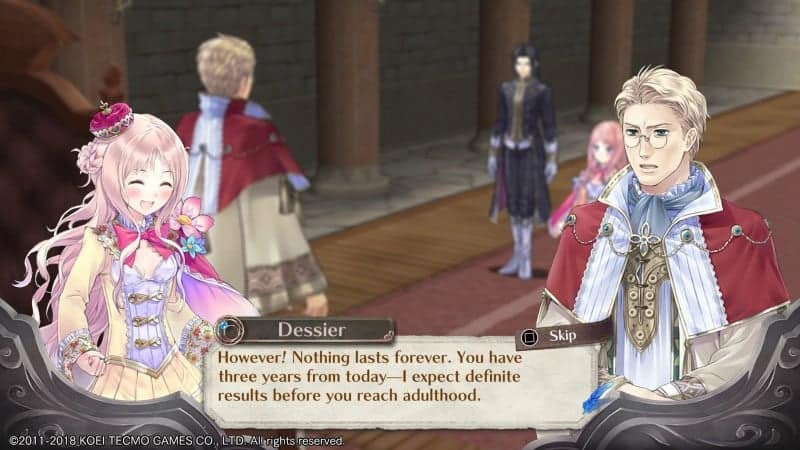 This can go either yes or no. At times I have found myself wanting to go back and replay the Atelier titles. However, at other times, I wanted to just go the one and done approach. This is a very subjective question and the player will determine their threshold of “replay”. However, the games have a good amount of content that can be immersive and enjoyable even for only one playthrough. Note that each game can easily run you anywhere from 60-100 hours. 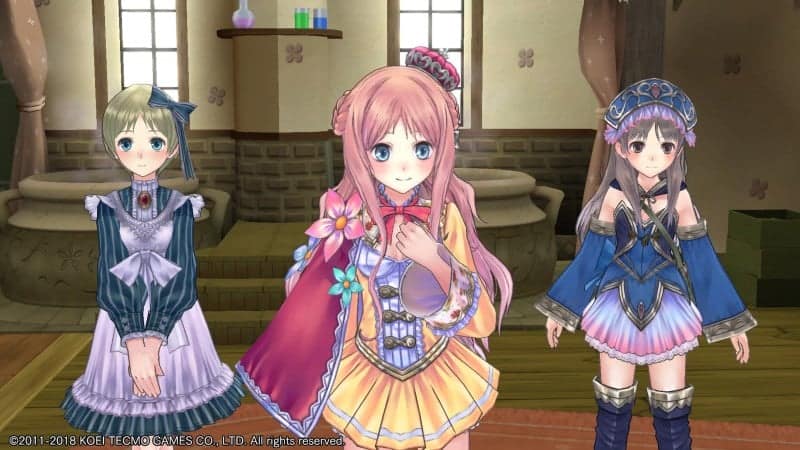 This is also a very subjective question. I found all three Atelier titles fun. These games deviate from any other type of game out there. There are some similar titles, but the Atelier games are king in my opinion for these type of RPGs. Nothing even comes close, and I enjoy it quite a bit. From the mundane gathering to the characters, to screwing up alchemy and ending up with some rubble, and so much more I had fun with each Atelier game. 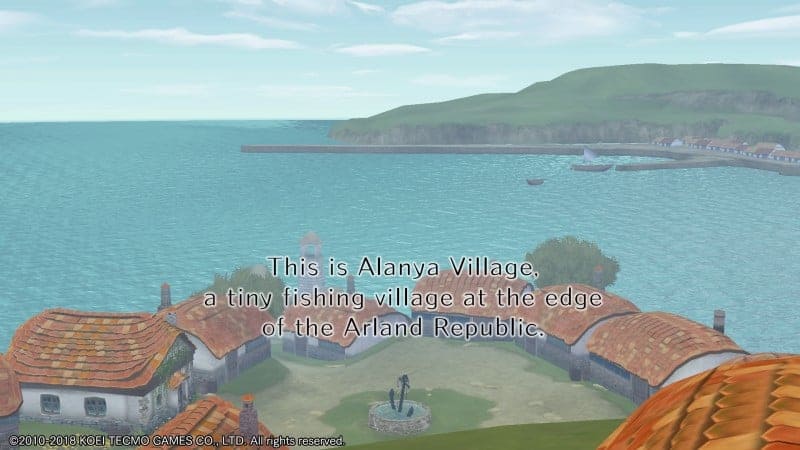 I will put this out there, Atelier Arland Series Deluxe Pack is not for everyone. These are very niche and unique titles that have history attached to it. There is fun to have within each Arland title. However, there are faults to that range from the audio, to the collection of items, to the stresses of a deadline. However, despite the flaws, each one of those flaws is what makes the Atelier games very unique. 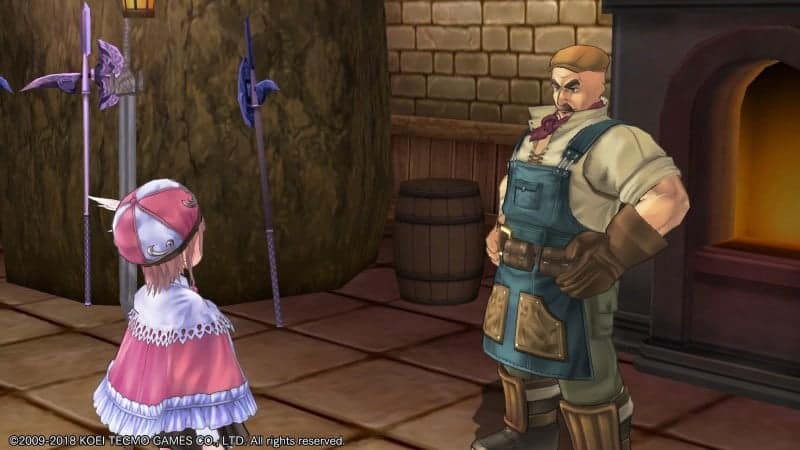 There is literally nothing else out there to date. I applaud Gust for keeping the series long for so long and despite whatever sales may occur, these titles come out and fans support it to keep it alive. I enjoy the titles as they are a very welcome change of pace from some of the same type of games out there. If you are considering trying out an Atelier game, I would say this is a good entry point into the franchise as a whole. I also suggest giving it a chance as it can turn off someone quickly. It is one of those things that a player needs to warm up to. Once again this is because there is nothing else similar to the Atelier games out there in the world of gaming.

*Thank you once again to Koei Tecmo for providing a review key to Atelier Arland Series Deluxe Pack!*

A gamer and jack of all trades. I enjoy many things, but overall just enjoying life. Hopefully, I can add enjoyment to your life through my articles or interactions.
@mgs2master2
Previous How to upgrade the Arcade1UP cabinet to a full on arcade system with 1,000’s of games
Next How to replace a damaged Nintendo Switch Joy-con Rail…