What a time to be alive, man. UpSpec Gaming has introduced a collapsible screen for attaching to your Xbox Series S, making your home console a portable experience! Best of all, there is a sale happening right now (check the links at the bottom to see if it’s still happening). You get $50 off the screen and up to 50% off the accessories. The xScreen is here and I have many thoughts on it. Let’s go! 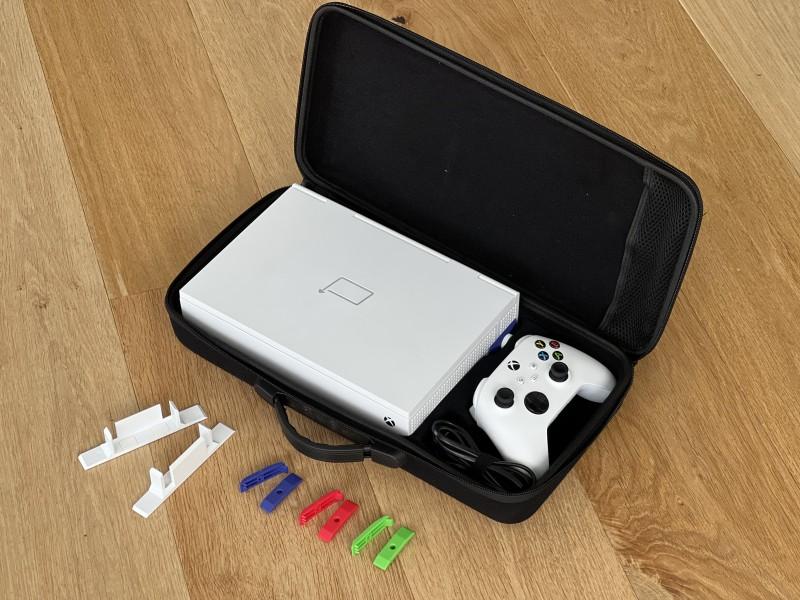 The power and performance of the Xbox Series S can now be taken anywhere. xScreen is a fully integrated folding screen that seamlessly attaches onto the Xbox Series S. This transforms your device into a laptop form factor that can be easily transported and used anywhere there is a power outlet.  xScreen perfectly complements the stunning aesthetic of the Xbox Series S to create a single cohesive unit.

The xScreen and accessories are nothing short of brilliance. There may be some minor oddities to them, but as a whole, the set only makes sense. Especially in a day and age where people are starting to go back out and see each other again. Why not bring your Xbox Series S in your UpSpec Gaming case, complete with the screen and custom-colored latches, and set up some gameplay with your friends? If you do that a lot and have a lot of friends I could even see the feet being a necessary purchase for you.

As I said previously, I’m leaving this screen connected to my Xbox Series S for life. I intend on having my Xbox Series X connected to my 4K TV since it deserves a giant cinematic experience. But I digress! If you’re interested in this, I recommend that you get one now while they’re still on sale! If you happen to miss the sale, it’s still worth every penny!