Welcome back! Today’s review is effectively a part 2 to the one I had previously written about the Retro-Bit Retro Prism HD Adapter. If you missed that, it’s here. But to catch everyone up, Retro-Bit has released 2 HD devices to get your Gamecube looking good. There is an HDMI adapter and today’s product, the component cable. Let’s jump right in, I’ll try to keep it as brief and detailed as possible. Note, I have an NTSC-U console, the information in this referring to resolution will only be about NTSC signals.

‘Our Retro Prism products let you experience the classics on their original consoles in glorious high definition.  Whether you prefer component cables or our HD adapters, you can harness the full potential of your GameCube® by tapping into the Digital AV Out port on most models.  With our Retro Prism Component Cable, you will have both video and audio available in one cable that is plug-and-play with no fuss. ‘ 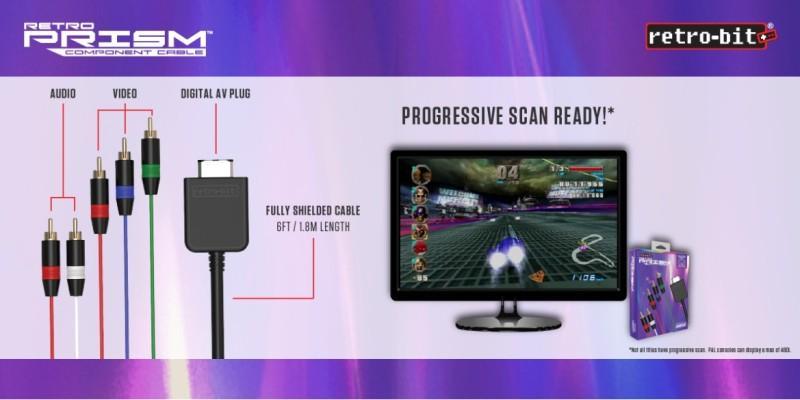 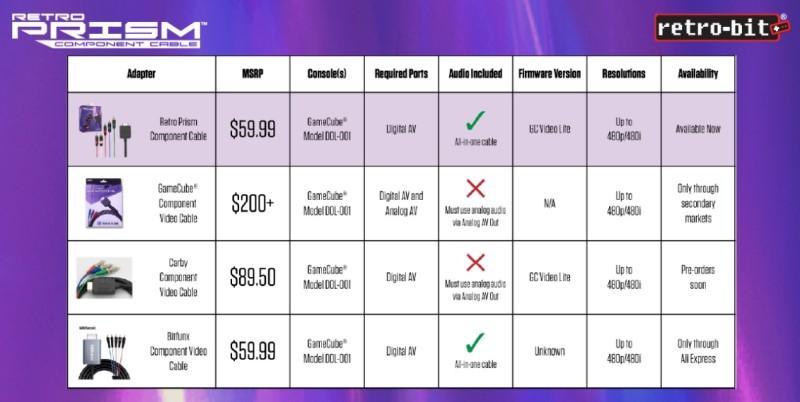 Honestly, while this doesn’t have as many features as the HDMI adapter, it does have fewer issues that I quabbled with. I think the other product is great, but Retro-Bit still has some flaws to fix. This one, I feel like you could buy it today and be happy. The idea with this one is great 480p output that is plug and play. No frills, but at the same time, no extra settings to refine. If you don’t care about scanlines and changing aspect ratios, but want 480p, this is the way to go.

While I don’t have the BitFunx cables to test them against, these clearly are the better option. The build quality is great, it has GCVideo Lite pre-installed, and it’s the exact same cost. The Retro-Bit Retro Prism Component Cables are affordable and available on U.S. seller sites (links below). BitFunx is only available through AliExpress and is bound to take longer to arrive.