As we previously mentioned, we’re moving past Gameboy upgrades for the time being. We’re going to cover parts and replacement pieces for the faithful Sega Game Gear. Today we’re specifically covering the shell, buttons, lenses, and Clean Power GG from Retro Six. It’s a lot to cover, so buckle up, because we’re going to cover a lot of ground. Starting off with an unboxing video (and a bonus parts swapping vid)!

Swapping in the RetroSix GG Parts:

After great success with previous shells, for 2020 we focused hard on the Game Gear. We took our time, made multiple molds, refined and perfected the kit to finally reveal our RetroSix Prestige ABS Shell Kit for the Game Gear.

This shell is produced using ABS (from Japan) and moulded in China using our well established factory who have been in the gaming industry for as long as the console itself. The fit, feel, and tolerance on the RetroSix ABS shell is better than the original. The kit comes with the front and back shell, port covers, battery covers, screws, metal springs and metal cartridge guard. 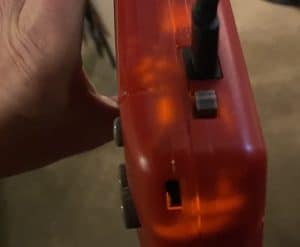 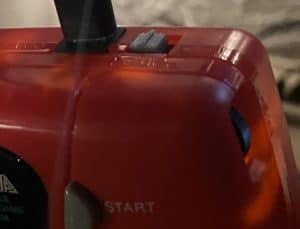 One of the most common issues with the Game Gear is the screen protector lens getting damaged, scratched or foggy over time. Grab yourself a brand new lens to improve your retro gaming!

Made of tempered glass, scratch resistant, tough and ultra clear. Comes with adhesive backing so simply peel off and stick on.

These buttons are produced using ABS (from Japan) and moulded in China using our well established factory who have been in the gaming industry for as long as the console itself. The fit, feel, and tolerance on the RetroSix ABS buttons is better than the original. Our D-Pad specifically we re-designed over many iterations and moulds to get the directional movement feeling tactile and responsive, something the original never was. The kit comes with the RetroSix D-Pad, a start, 1, 2, power button, speaker holder, and battery spring cover.

On top of that, the conductive rubber pads that register a button press get oily and less conductive. This leads to less responsive buttons or non-working buttons. Made from our own moulds these are much more responsive than even the original rubbers. 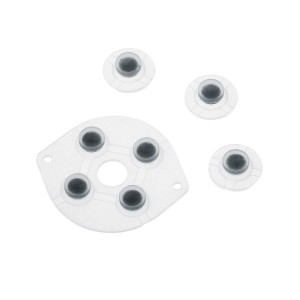 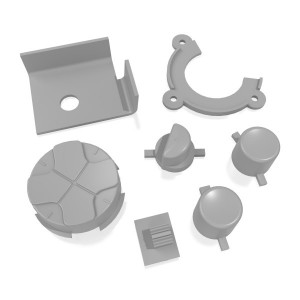 A common issue with the original Game Gear is the power board failing, the capacitors, transistors or the main IC. Although it can be fixed it has many issues such as a non-standard DC jack that is different per country, it cannot switch power between batteries and DC without resetting the console, and it is old and inefficient.
The CleanPower for the Game Gear works on all Game Gear versions and just drops in without soldering. Simply unscrew your console, unplug the old DC board and plug in the new CleanPower board.

The CleanPower GG comes with USB-C power and can run from the original batteries of the console also. With support for hot-swapping between USB-C and batteries, when the batteries start running low you can plug in a USB-C cable and continue gaming without interruption or power down. 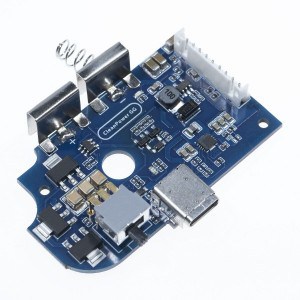 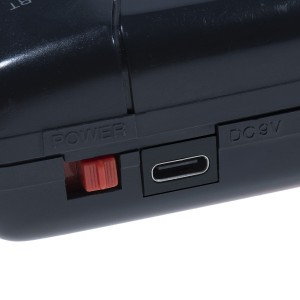 All of the choices I made in terms of color comes down to one thing. It’s simple really, I love the color red. Unfortunately, not every console, handheld, and controller comes in red. I would love to buy an official Rayearth Sega Game Gear. But you know as well as I do that that is far too pricey. I think making the item your own and customizing it is the next best thing. At that point, you at least have the memories and pride from doing it yourself. Especially when there are so many color options that Retro Six has between their shells, buttons, and lenses.
How do I feel that they panned out, though? Would I recommend them to you, knowing that it’s going to take your hard-earned money and time to construct? I think that you can tell by now that the answer is a resounding “yes!”. There was no part of this whole swap that was cumbersome, scary, or even remotely difficult. On the contrary, it was actually cathartic. To be able to fix some of the issues with the system and extend its life is why we do this right? We love our retro systems so much that we set out to breathe new life into them, relive our youth. and create new memories. It’s great because it’s not just a shell swap, it’s adding in modern-day advantages like USB-C and better power management. Look, you should probably stop reading now and get your happy ass over to Retro Six. The links are below, enjoy!

Click here to go to the shell kit page.