Three years after an epic adventure, we find ourselves striving to learn from the past. Our heroine and party have grown up and begun traveling their own paths to accomplish this. Thanks to a series of events, we make new friends, explore new lands, and begin a new adventure for our heroes. Ryza and her friends have much to accomplish. It all starts with a mysterious orb and a letter from an old friend. How does this new journey fair? Let’s take a look at our review of Atelier Ryza 2. 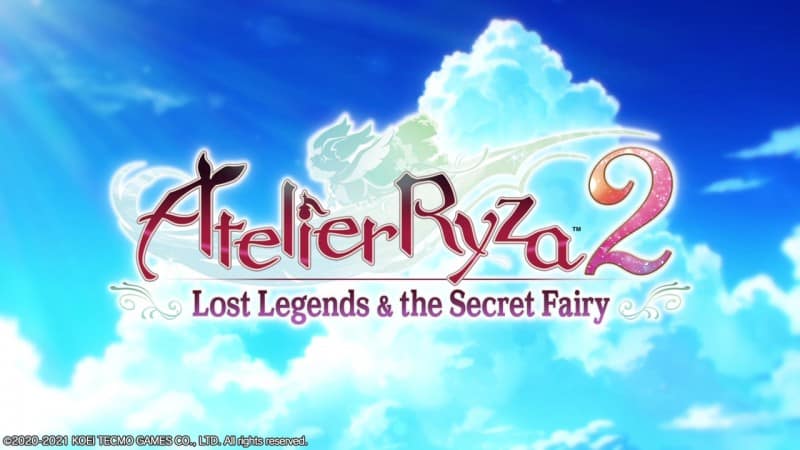 Three years have passed
since their last adventure

Ryza and her friends had gone their separate ways, but by chance and coincidence, they found each other once again.
This story paints a picture in colorful brush strokes of discovering what is truly important to you. 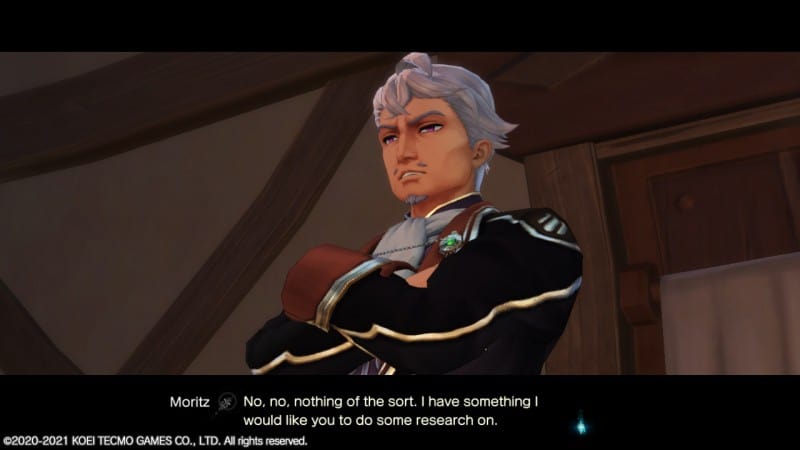 As this is a direct sequel to an Atelier Game, a first direct sequel to my understanding with the same cast of characters, Players will be happy to reunite with Ryza and the cast. Players find themselves from the get-go, starting the story on the right foot. Ryza receives a letter from her friend, who no longer lives on the island, telling her about ruins related to alchemy. Additionally, she receives a mysterious request involving a glowing stone from her village. This inspires her to leave the island and venture out to the royal capital, Ashra-am Baird. However, Ryza is unaware that this will lead to the beginning of an imaginative new adventure involving a pursuit of the mysteries of the ruins surrounding the royal capital and a meeting with a strange creature that will change her life. 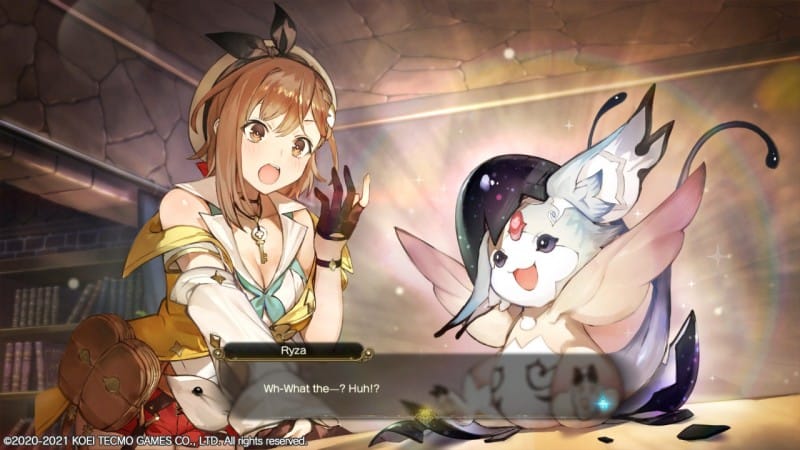 The story in Atelier Ryza 2 is very cohesive and flows very well. During my adventure, I grew to love the story’s delivery and the characters we met along the way. The party of the main characters is very charming. Additionally, meeting others during the adventure was exciting. Each character met was brought to life in their own way and overall contributed to the wonderful story. However, that is not all Atelier Ryza 2 offers; let’s check out its gameplay. 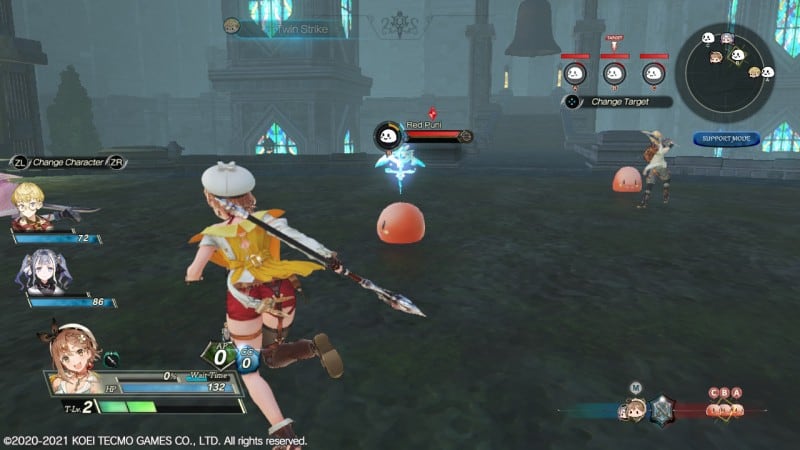 The gameplay is once again an evolution change up in Atelier Ryza 2. Everything has been streamlined to include more and offer more through the progression of the game. There is still the requests, alchemy, gathering resources, and exploring to do. However, each one has received an upgrade to the system from the previous title. For example, in exploration, players can now jump, swim, and use a rope to explore even more. 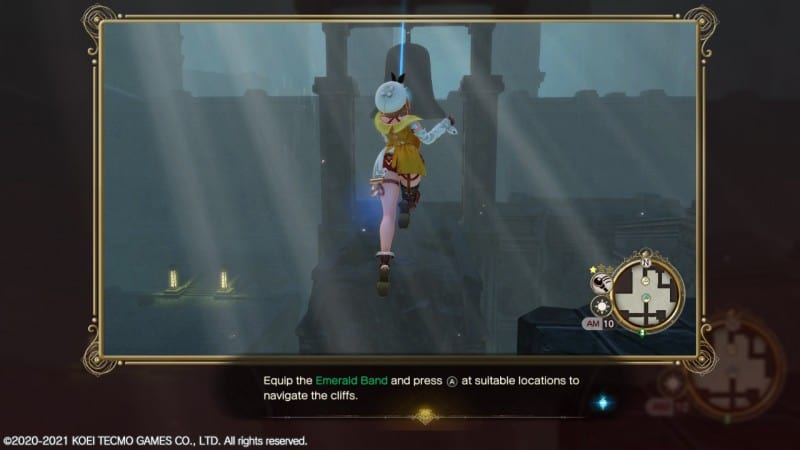 The game’s focus was to show a world that offers more to do and gain more from it. The developers hit the mark in Atelier Ryza 2. There is much to see and do in terms of gameplay. Players will find themselves immersed in all the content offered. Ryza herself has evolved much as a character in terms of the gameplay, so streamlining everything to make it much easier and more to do is wonderful. 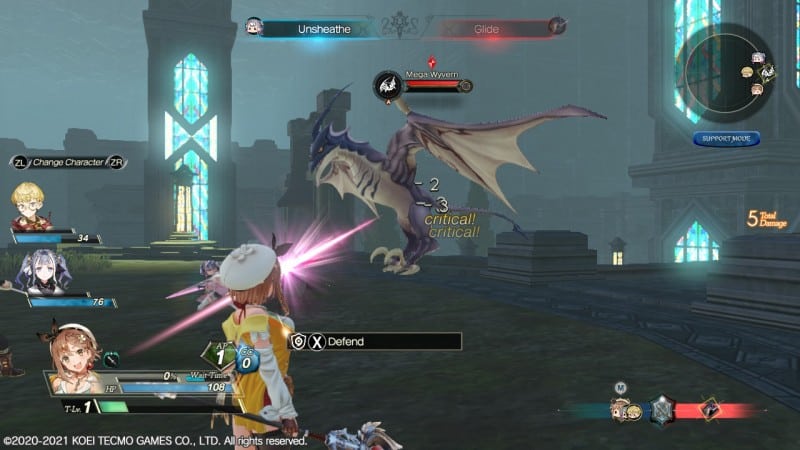 Combat itself in Atelier Ryza 2 has also become easier to do. However, with this new evolution, it brings a matter of strategy that must be incorporated. The game does not pull any punches when it comes to combat. I found myself at level 20 with my team and pretty good gear to struggle against a wyvern or early in-game bosses. Thankfully the game offers several tutorials and a journal to review previously taught gameplay elements to help along the way.
So with a solid story and great gameplay, one must wonder how is the visual and audio in Atelier Ryza 2?  Continue reading on to find this out.
Visual and Audio:
Visually, on the Nintendo Switch (which this was reviewed on), Atelier Ryza is an alright looking game at best, depending on how it’s played. When Docked, the game looks gorgeous and captures the feel of this journey. However, to play in handheld mode, the visuals do take a graphical hit. It looks alright, but in certain cutscenes or gameplay moments, the visuals obviously take a hit. See the screenshots below. 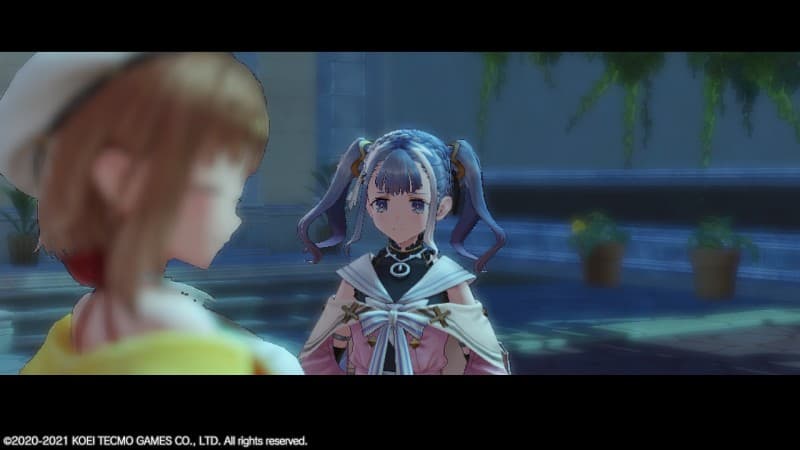 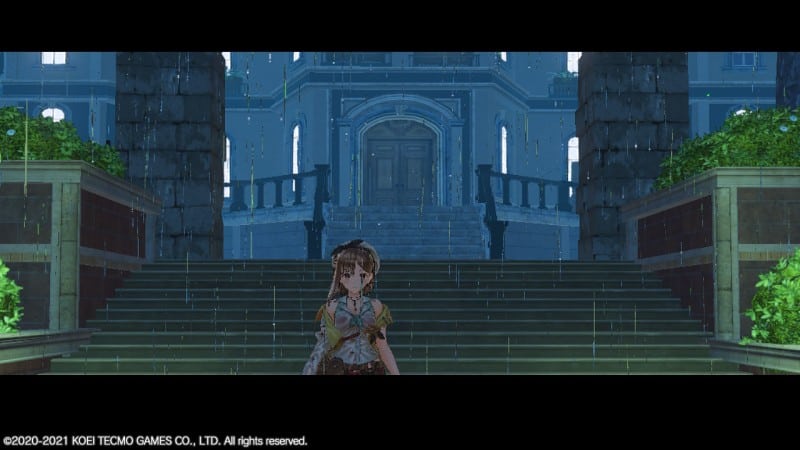 Both images above are captured in handheld mode. I primarily play switch games handheld due to constantly on the move. Looking at the screenshots above, while the visuals are beautiful and presentable, a glance can see the visuals (especially the top one) are not the best on the handheld. It does not detract from the overall experience and is charming in its own way, but it does occur frequently. Be forewarned when going handheld mode with the title.  However, there are visuals even on the handheld mode that stand out. 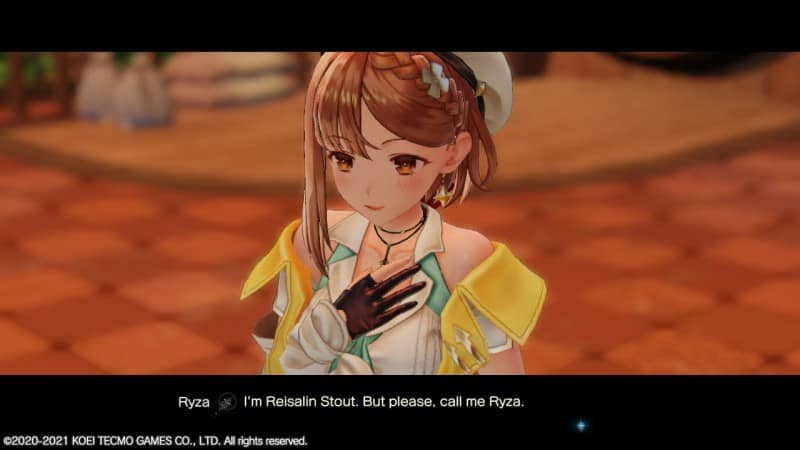 Audio-wise, the voicework is Japanese dub with English subs. The cast of the old game reprise their roles and deliver their lines fantastically. The soundtrack itself provides excellent music. Each environment has its own track, the battle theme grows on you, and not once did the audio feel dull. The devs outdid themselves when it came to this.
Fun Factor: 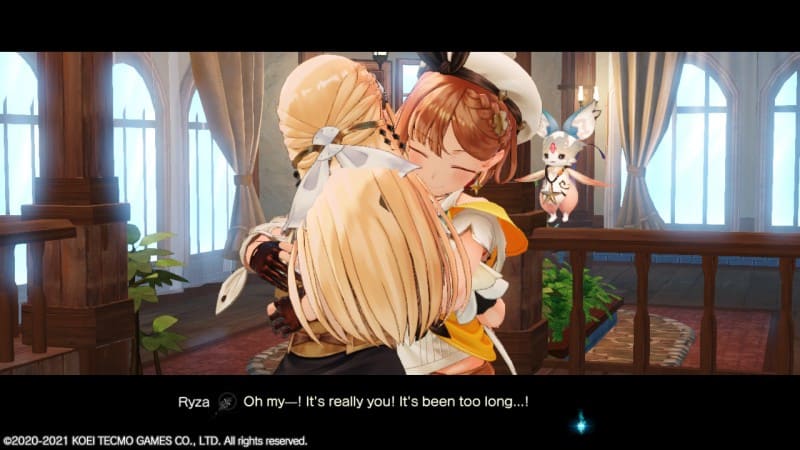 In general, atelier games tend to cater to a particular audience when it comes to fun and the game overall. However, fan or not, Atelier Ryza 2 is a fun game. With the amount of content put into the game, there is fun to play the game. From micromanagement to exploring, to battles and an engrossing story, Atelier Ryza 2 was fun from beginning to end.
Wrap-up/Conclusion: 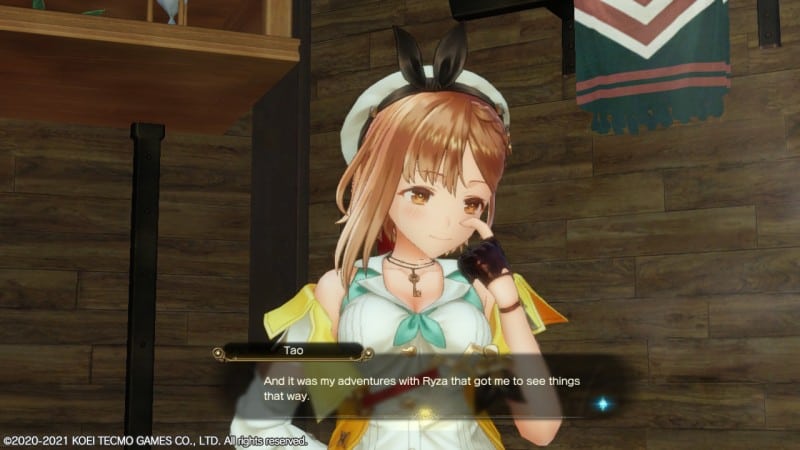 2021 is the year that continues to deliver great games. Atelier Ryza 2: Lost Legends & The Secret Fairy is another game in 2021 that deserves attention. Newcomers to the game may be lost a bit, but one thing for certain is that players will see an authentic connection between the characters, learn about a very immersive game wrapped up with a wonderful story, which sounds and looks great to boot and is fun to play. The first game’s story is not vital to this game to know, so newcomers can jump straight in if desired. Veterans of the franchise will feel right at home. It is another adventure, and everyone is invited!
Until Next time, Mgs2master2 out!
*Special Thanks once again to Koei Tecmo PR for the Nintendo Switch Review Key*
Share