It’s been a long time coming but reinx has finally been updated to support the latest Nintendo Switch firmware 7.0 and 7.1! Developer Reisyukaku has been very hard at work with his CFW, now at version 2.1. 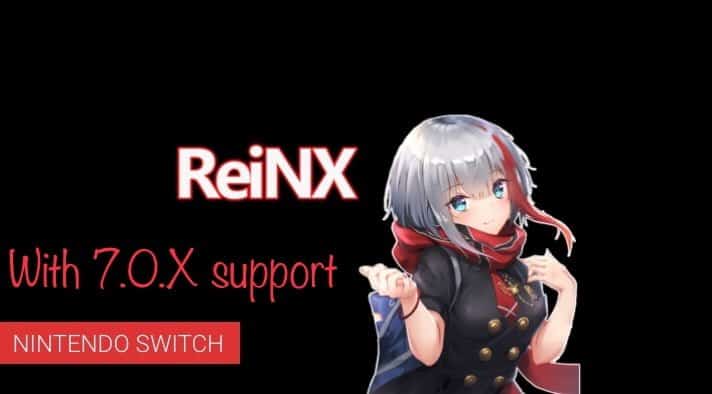 There was a beta update a week ago, but sleep mode was broken and other features were missing. All the features are now included in the full version. The CFW has been equipped with all the bells and whistles such as loading kip, the Homebrew menu ( via album) and layeredFS support. Also included are patches for signatures and ES patches for unsigned tickets And the system modules comes with Atmosphere.

Warning: If you want to enable the ‘nogc’ patch, create an empty file called nogc (without extension) in the reinx/ folder.

Note: for 7.1 users if you experienced a black screen of death after ejecting the payload, you will have to boot up hekate to launch the payload. This method is called chainloading, please refer to Reinx troubleshoooting guide here.

Insert the folder  ReiNX.bin to the root of the SD card of the switch and run  ReiNX.bin with your favorite fusee launcher.

The official guide is available at this address

• Upload all KIPs from the folder /ReiNX/sysmodules/

• Naehrwert for the hardware initialization code and generally useful!

• CTCaer and st4rk also for their contribution to the hardware code!

• The community for your support!

I've been a gamer ever since Nintendo first came out with their home console. I've always been intrigued by video games and electronics. The first game I beat was super Mario Bros. I'm in my mid 30s but you are never too old to play video games. I can see myself at 80 years of age still playing video games. I'm always reading and catching up on the latest gadgets, hacks and mods. I'm a family man with a wife and three beautiful daughters, life is what you make it, have fun and enjoy it to the last breath!
@dujuandrock
Previous News: Hackinformer will be at E3 2019!
Next Review: Claybook for Nintendo Switch