FreeShop and the Dilemma of updating Games with a banned Switch

Yes, I believe many of us who own a Switch had it happen to themselves sooner or later that it got banned for running a CFW, messing with Homebrew Forwarders and other gimmicks. Back in the 3DS Era, this wasn’t much of a problem since even if you’ve been banned you could still regularly update your 3DS to the latest firmware and also download Updates for all your Games. But this changed with the Switch.

When you are banned on the Switch you are no longer able to download and install Updates for your Games, neither for Games, you own on a cartridge or for the Games you bought in the eShop prior to getting banned.
This is extremely troublesome since these Game Updates allow for more content and bug fixes which can enhance the playability of a Game.

Since we can no longer update our Games directly with our banned Switch Users had to resort to browsing the WorldWideWeb to find other people that would upload the latest Game Update for those that could no longer get it.
This is and was a rather “hacky” workaround though since you always needed a PC or other portable Device at hand with which you could download the Update and then either copy the file to your Switch or use a USB Installer to install it directly.

The /hbg/ Discord is now trying to change that with their /hbg/Store Homebrew Application which would let Users install Game Updates (but sadly also full Games and DLCs) directly on their Switch without the need to use a PC.

I had the chance to try it out and I have to say, it runs very well considering that it’s still in the beta stages. The app shows you the games you already have installed and also features a Search option. The highest download speed I was able to achieve was 3.1mb/s per second, but the author advises to use 5.0ghz Wifi for even faster download speed (If your Internet Connection allows for higher download speed that is). 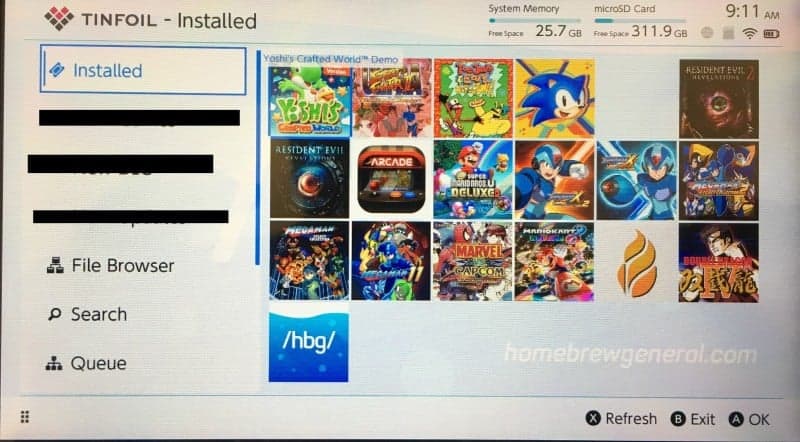 It is pretty sad that Users now need to go through such an illegal application just to keep their Games up to date without using a PC.
I won’t even start talking about all the internal controversy this homebrew has caused in the Switch Scene so I’ll just leave it as is highlighting the fact that it CAN allow you to stay legal and update your Games with it.

You have to understand that due to the nature of this Homebrew we are unable to provide a direct download link but, as the saying goes, google is your friend😉

Follow us @hackinformer.com for tips, hacks and other gaming news.