SNES9XTYL gets updated for PSVita!

The snes9xtyl emulator has been updated again.Also with steady support for Ark, VHBL and Adrenaline. Developer esmjanus have been pumping out steady updates with improvements of each release.

The Snes emulator for Ark and VHBL offers fair emulation and since the snes9xtyl have been ported to the VHBL and Ark, it’s still difficult to get some games to run full speed with sound due to the media engine not implemented in Ark or VHBL. 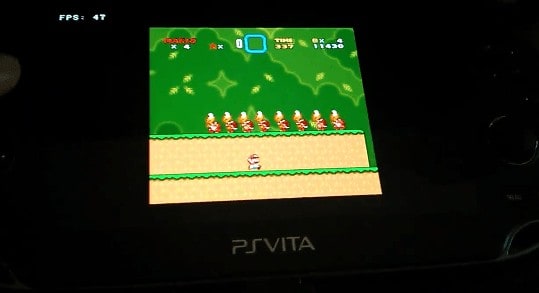 Developer esmjanus have followed up with his new release that has a great amount of improvements, it’s always nice to see the Snes9xtyl updated for the older custom firmware whether it’s Ark or VHBL. Let’s take a look at the major changes, shall we?The major changes are highlighted in blue. A big thanks go to theheroac for reporting this release.

• Fixed Brawl Brothers
• Added support for extended height. To use it, disable Render PAL as an NTSC option in the VIDEO menu. It will increase lines to 240 on NTSC games that need it, for example, Daisenryaku Expert. **
• Added a temporary quick solution to create the S9XTYLSAVES folder in the / PSP / SAVEDATA directory. For some reason, it was not created automatically. **

I've been a gamer ever since Nintendo first came out with their home console. I've always been intrigued by video games and electronics. The first game I beat was super Mario Bros. I'm in my mid 30s but you are never too old to play video games. I can see myself at 80 years of age still playing video games. I'm always reading and catching up on the latest gadgets, hacks and mods. I'm a family man with a wife and three beautiful daughters, life is what you make it, have fun and enjoy it to the last breath!
@dujuandrock
Previous Turn your PSTV into a PS1 mini!
Next Dreamcast Review: Plug and Play SD Card Adapter