Today we’re talking about the SD Card Adapter for the Dreamcast. This is one of those weird looking fake adapters that turn out to be completely real and functional, go figure. We’ll be discussing what it can do, what it can’t and where you can find it. It’s another great way to breath new life into your beloved Sega Dreamcast. 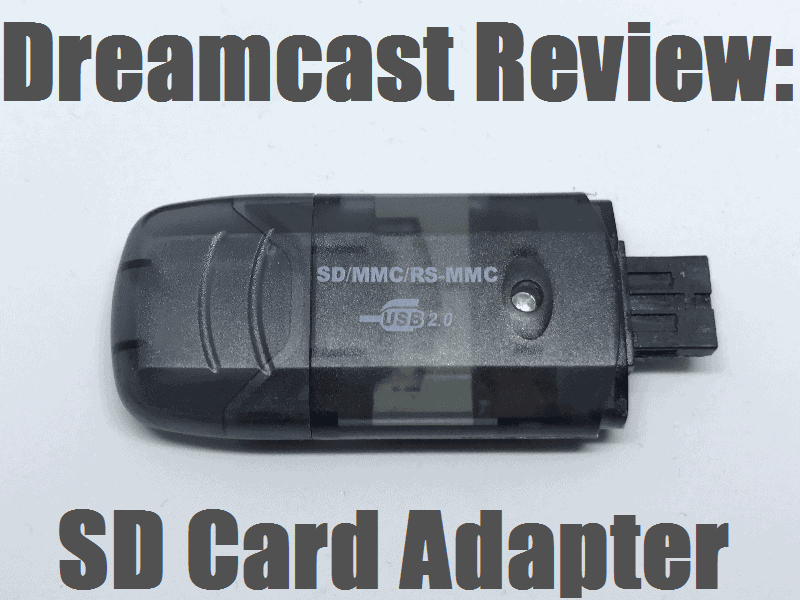 Description from the Seller:

‘Allows you to use a standard SD card with your SEGA Dreamcast. Works best with a full-size SD card rather than a Micro SD card and SD adapter.
A Dreamshell CD is required and is not provided. This CD is a free download and can be located through any internet search engine.
High-quality connector means the adapter is less likely to break like many lower quality models.
100% Tested and Working. No DOA.
Color: Black or Blue (random will be sent)’

The first clear and obvious pro for anyone out there is that this is significantly cheaper. Having this little dongle plugged into your Dreamcast’s serial port is leaps and bounds less expensive. The costs of hardmod versions of ISO loading are at minimum $35 plus shipping. They also cost more for either paying for the installation or using your own time to sweat over. Further more, it’s drastically cheaper to purchase a decent sized SD card to load all of your favorite Dreamcast games on. This is on comparison to buying entire harddrives or Compact Flash cards. Compact Flash, in my searches, tend to be the most expensive per gigabyte. I’m not entirely certain why that is, the technology is old enough now that it should be cheaper. However, this is just not the case.

This SD Card adapter solution is also plug and play. That is something that matters to some gamers out there. Meaning if your friend invites you over for a gaming party, you can just take the Dreamshell disc you burned to load the SD Card Adapter and the adapter itself and go. It’s just a heck of a lot more convenient to take a disc and a dongle. Compared to taking a whole Dreamcast and their subsequent cords and controllers.

Their is also a point to be made about the access light on the dongle. If you’re on a loading screen and you’re uncertain if your game is still being loaded, you can check the light on the SD Card Adapter. If it’s still blinking, you can be almost certain that some business is still happening. Since it’s a larger device sticking out the back of the Dreamcast, you can easily see the light blinking. Of course, if you’re in an entirely well lit room, it may not be as obvious as when you’re gaming in the evening or at night.

So the best part of all of this is that you get to play your backup catalog of games and homebrew games as well! So if you want to drop the money on a large enough SD card to play everything you can imagine from your shelf and maybe not just a handful of the classics, you can. The compatibility here is about the same as my Compact Flash mod that I had done. If you would like to read about that, just click here. But the point that I made there was that these cards seem to hold about an 85% compatibility. That’s right, 85% of the entire Dreamcast library will be accessible to you. You’ll have to Google to know what will and won’t work. But that most likely means that everything that you love and hold dear from the Dreamcast days will be playable. And as I mentioned before, homebrew is also available to you. The Dreamcast homebrew world is somehow more active than more recent systems and I love it! Things like Bleemcast, Sturmwind, Ghost Blade should absolutely grace your system! And they can with ease on something like an SD card with drag and drop support. 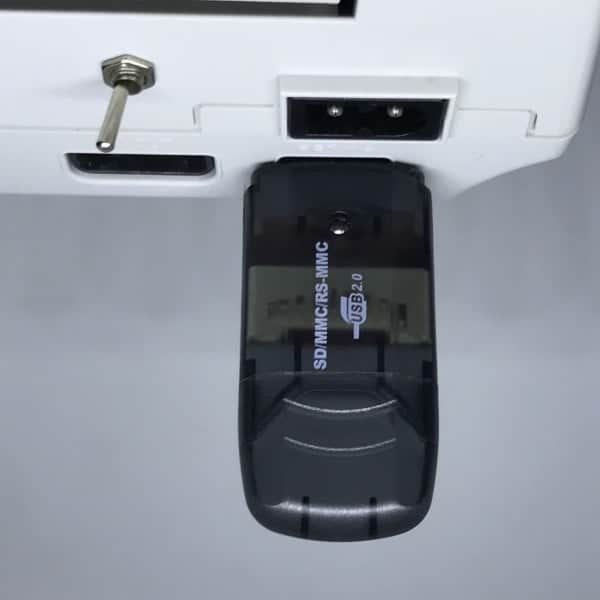 Okay, now for the hard part. I love this thing, but it’s not without its shortcomings. I’m just going to start with the biggest bummer and work my way to the least bummer. How’s that sound? Okay, so, as I mentioned before the hardmod I had done runs Compact Flash cards. In contrast, the one in question relies on an SD Card. SD Cards are known for having a slower read/write speeds. The card that I am using is a class 10 256GB card. The capacity of the card doesn’t seem to matter to this thing, but speed does. Even with my class 10, I had longer loading times than when I used my compact flash. Originally I was going to show some side by side footage of the compact flash running a game and the SD card running the same game, but it isn’t necessary. I would say that the SD card shows about a 10% improvement over the original disc’s load times. So it helps, but it isn’t as great of an improvement as a Compact Flash card is. Neither of which are as night and day as the IDE hard drive mods. But if you’re choosing between SD and Compact Flash options and speed is of concern to you, just spend the money and do the Compact Flash option. If you’re someone that just browses the internet or texts on your phone during your game’s loading screens, then save the money and choose this SD Card method.

The next topic is build quality. While not bad, you can tell these are custom made by hand. You can see that they were maybe crafted from something else and made to be compatible with the Dreamcast. Or maybe the Dreamcast’s serial port isn’t proprietary so maybe these were made for some other product that has the same serial port. I’m not certain. But they are most definitely not manufactured from beginning to end. The main point here is that these are on the more sensitive side. When you plug it into the back of the Dreamcast, they don’t snap nicely into the port.They moreso rest in the hole, but they work. It’s so odd because you feel like it’s not right at all, but I’ve never had a bad connection just sliding it in the hole. Now, your results may vary since these seem to be whittled together. Maybe yours will be more size accurate and snap into the slot. Mine, however, did not.

And the very final point against this thing is its location. I know that the serial port is on the back of the Dreamcast, I get it. My schtick is that now you have an extra 2 inches hanging off the backside. This keeps it from sitting as far back on a shelf. It also means you can accidentally hit it and maybe it fall out. But the upshot to that is that it’s easy to grab out of the back. So there is a bit of give and take with this complaint. If you take the SD card out of the back you may as well just grab the whole dongle and pull the SD card out that way. When I would try to just pull the SD card out on its own, the whole thing would move. 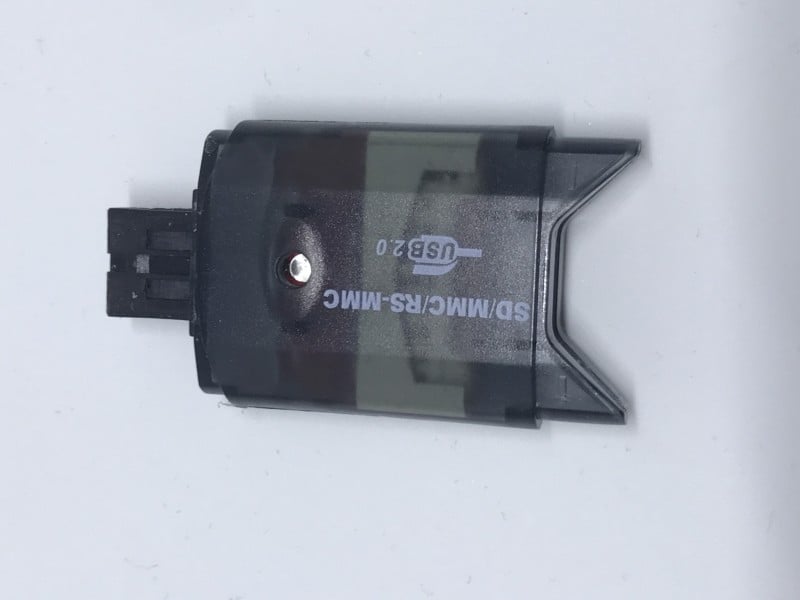 If you’re trying to save money this is the way to go. It does the bare minimum to get you playing Dreamcast games and homebrew. It’s plug and play for simplicity and it has a great little access light. The speed is a little bit of a concern, but if you don’t mind waiting about the same that the official disks take to load to play a game. If you’re wanting faster speeds, you’re simply going to have to spend more money on a more permanent mod, you’re just going to have to. But the fact that all you have to at least do to play game on this is burn Dreamshell 4 onto a CD and put an SD card with games on it into this and play? It’s a no-brainer. If you’re wanting something maybe in the meantime until you save up enough to finally get a hardmod done to your system, this is also a good solution. All in all, I think it’s great for people who have no technical knowledge. Everyone should know how to burn a CD and they should also know how to drag and drop. You can even put your discs in the Dreamcast and back them up to the SD Card directly. There’s some stuff to be desired here, but what can you truly expect for under $20? 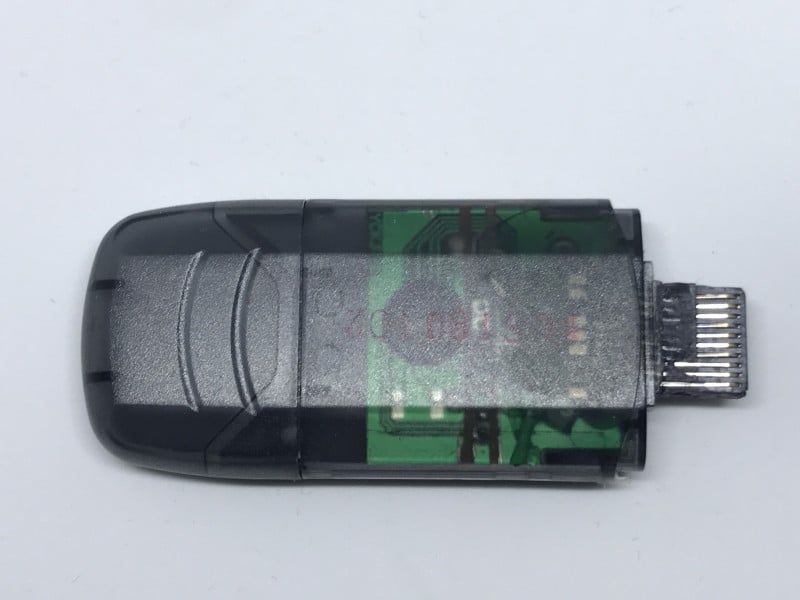 If you’d like to buy one of these and try it yourself, click here. I wouldn’t trust any other seller, this is from the US and is what I used.

@V1RACY
Previous SNES9XTYL gets updated for PSVita!
Next How to backup/rip PS4 games & convert them into PKG files