The SNES Classic is about to release tonight and a lot of people have gotten one early by coincidence or accident. Since then we have found out a lot about the SNES and it’s basically the NES Classic in a different shell and a tweak OS/dashboard to run SNES games. They even have the SNES classic nand dump running on the NES classic using Hakchi2 to dump it. 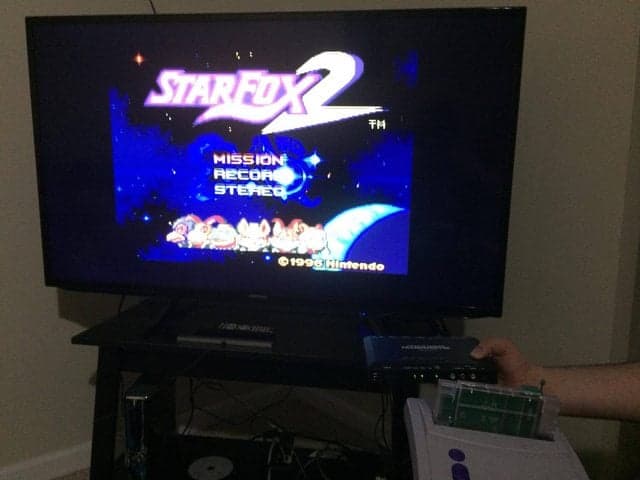 To answer questions about the setup:

I’m not going to share the rom, I just wanted to give the good news that it does run.

Now if the rom dump of Star Fox 2 works on the SNES it will probably work on most pc emulators and maybe a few mobile ones out there too but I’m not a hundred percent that it will work properly. For SNES flash carts you’ll need to make sure it’s compatible to play SuperFX 2 games, just like the dev cart used in the pictures above. Once we get our hands on a SNES classic we’ll be able to tell if it works on other emulators for the pc and mobile devices.