They even manage to get the SNES Classic nands dump to run the NES Classic. Reddit user SpongeFreak54 explains this experience here. 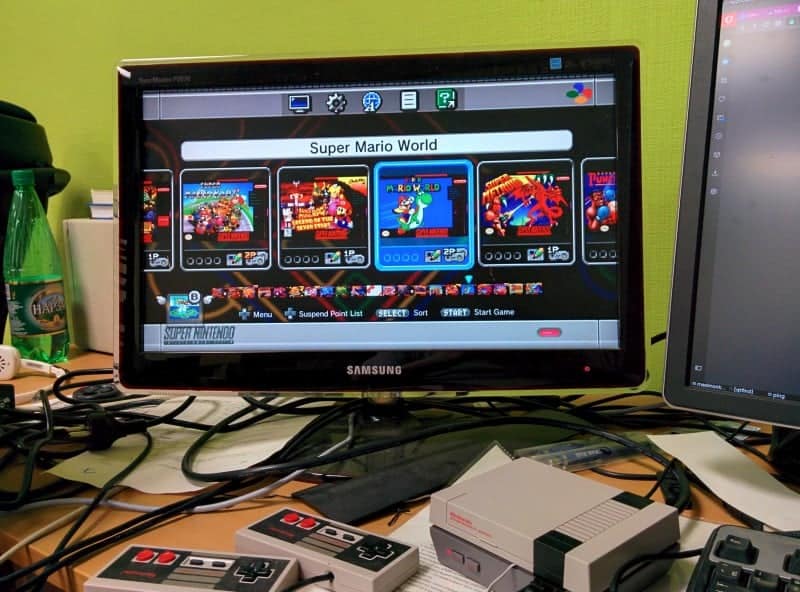 After playing a few games, I wanted to see how it would behave when thrown at Hakchi2. To my surprise (though I guess I shouldn’t have been given the hardware similarities), it CAN have its kernel dumped and re-written with it with the current version. I even threw an NES Mini kernel at it just for kicks (spoiler: nothing happens — the power light just blinks) then reverted back to the SNES kernel with no issues.

Though I don’t assume there’s much else that can be done with existing tools at this point, I figured people would be interested to know that the recovery mode seems to behave the same as the NES Mini’s.

UPDATE: Looks like full NAND-dumping capabilities are in working order — a European dump has already even been confirmed bootable on an NES Mini! (credit to /u/madmonkey1907)

As a nice surprise, it looks like Nintendo fully anticipated this, and left a note for tinkerers within the NAND! Hidden within the /etc directory is a file simply named “nineties”, which contains:

Enjoy this Mini, Disconnect from the present, and Go back to the nineties.

Would you do this to your NES Classic just to play the SNES Classic and Star Fox 2 😉 a few days early, let us know in the comments below..

Thanks for the tip Joonie86