Dynasty Warriors: Godseekers puts a twist on the series! 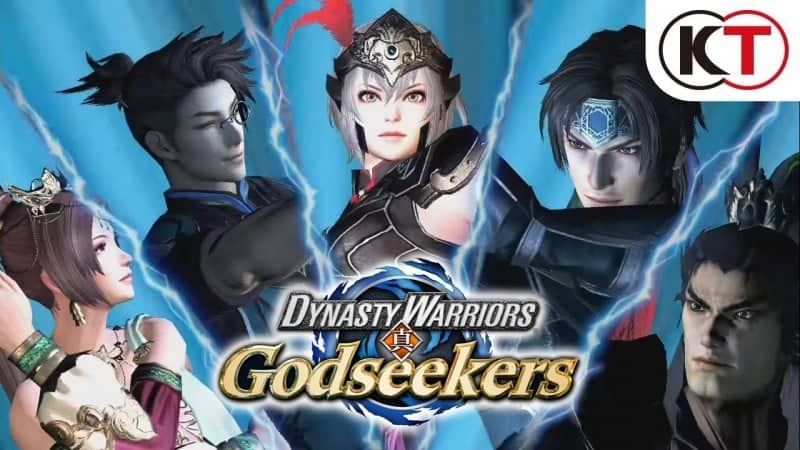 What do you get when you mix the Dynasty Warriors Universe with that of, say, Advance Wars or Final Fantasy Tactics? Well… you get Dynasty Warriors: Godseekers that’s what! Want to know the low down on how those two blended together actually works out? Well let me be the first one to say it actually does quite nicely. Yes, thanks to the good folks of Koei Tecmo I once again got my hands on a review copy of one of their hit series games. This time another entry into the Dynasty Warriors franchise, which is one of my favorite games that they make. It comes in a totally different form this time around though. Let’s get down to it and break it all down shall we?

First off let me say, if you aren’t a fan of turn based strategy games then this may not be the game for you. Some of you may be saying “You said Advance Wars and Final Fantasy Tactics. I never played either of those.” Well ok, what if I said the play style of this game is like this: The characters are like pieces to a board game similar to chess or checkers. Each character can move a certain amount of spaces and each has different attacks. After your turn is up it’s the enemy’s turn to attack. Starting to be a bit more clear? 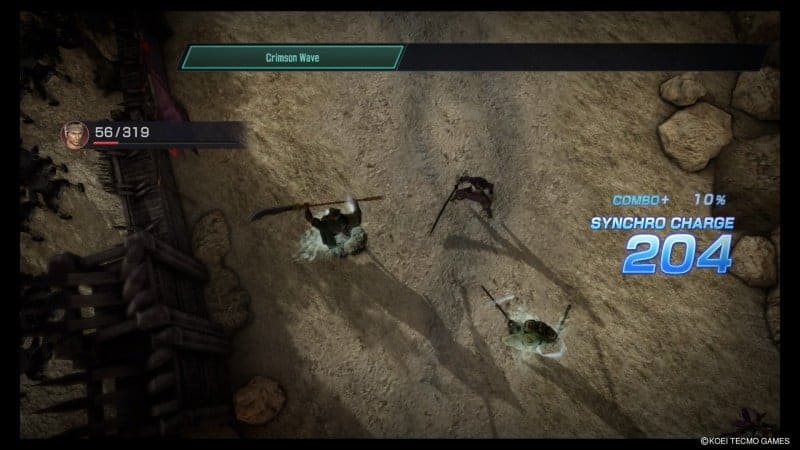 I hope so but the game is a little deeper than that in terms of gameplay. You have to plan your moves carefully and be sure not to let the enemy surround you or it’s lights out. You can only move a certain amount of spaces each turn but you have a set amount of energy. It builds up each turn and even more if you decide not to attack but rather to defend. The more energy you have, the more you can attack in your one turn. You can end up doing a massive amount of damage if you plan your movements and attacks well. 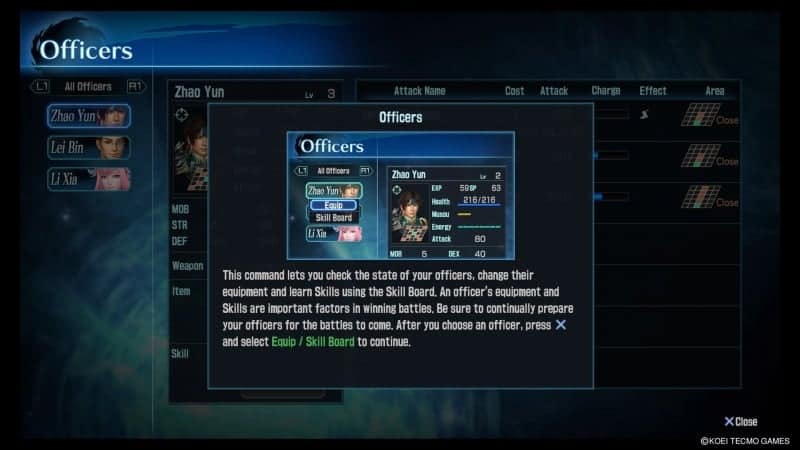 If you plan them super well with all the characters at your disposal you can even perform what is called a Synchro attack. Depending on how many characters this is performed with you can do anywhere from 10% upwards to 60% additional damage at the end of your turn. This comes in super handy when you’re outnumbered and need to deal with enemies quickly. Make sure you save this for a time you honestly need it. 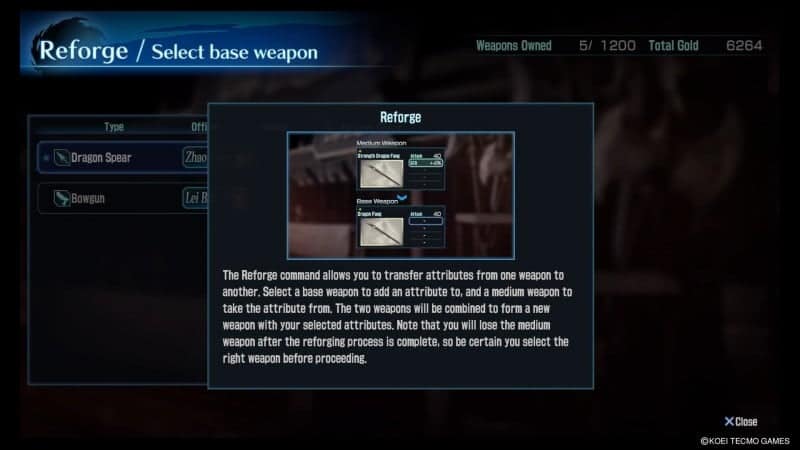 Like in traditional Dynasty Warriors games, the more you fight, the more you level up. You gain exp for each enemy you defeat. Also when you level up you’ll regain all your HP, which is nice if you are at deaths door after having dealt with a large enemy force but there are more to deal with yet.

I was a little nervous to play this to be honest. Not due to how the gameplay was so vastly different but because I have played Dynasty Warriors so much that I know the story beginning to end. I honestly was going to skip the story and play it purely for gameplay. Good thing I didn’t, as Dynasty Warriors: Godseekers story strays so far from the normal storyline, it gives it a bit more depth for veteran Dynasty Warriors players such as myself. I can’t speak for all Dynasty Warriors fans but personally, I have not been into the story of Dynasty Warriors since perhaps the 4th or 5th one. This is because they were all pretty much the same with minor differences such as maybe adding a new playable character. I have always loved the beat em up style of combat though. 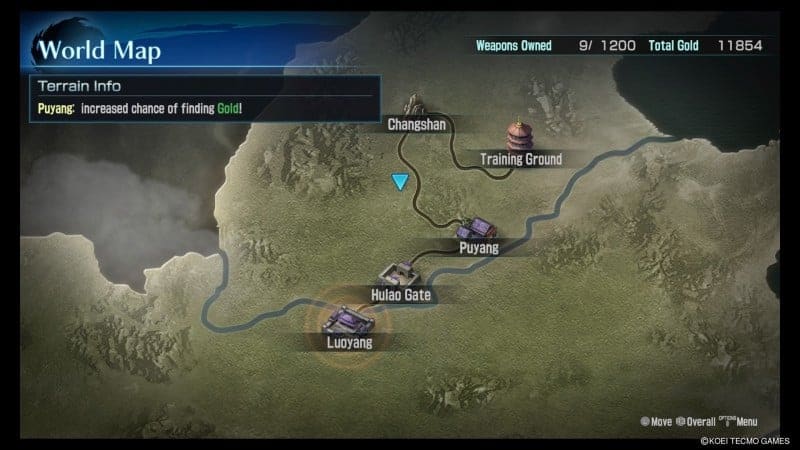 So with the new approach to the combat as well as the new storyline, It feels like a whole new experience and not just another Dynasty Warriors game. Don’t get me wrong I love EVERY Dynasty Warriors and the Warriors franchise in general. I miss Dynasty Warriors Gundam for example. I enjoyed Hyrule Warriors and just as much of a fan of Samurai Warriors as I am any other in the series of Warriors games. I often wondered what it would be like if they made a Dragon Ball Warriors game or Naruto. I think they did well with Gundam but then again unless everyone was Saiba men or a basic ninja, Dragon Ball and Naruto wouldn’t really work in this universe would it? 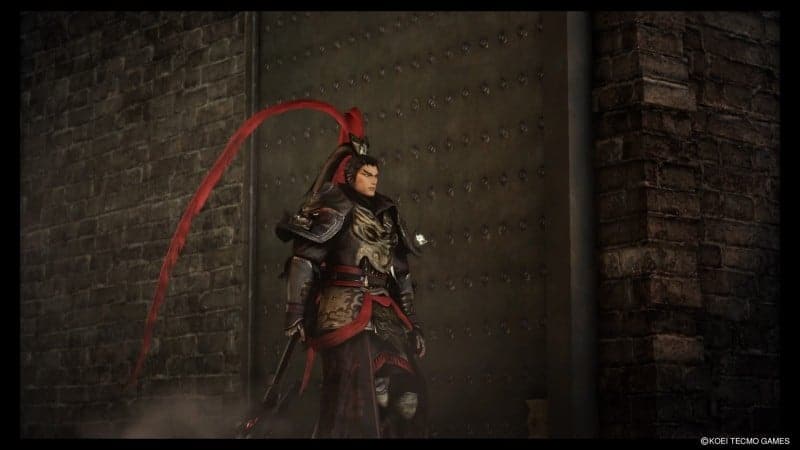 Regardless of all that with this new take on the Warriors games, I truly hope to see more get a similar touch. Maybe if Dynasty Warriors Godseekers is a success, and to me it is, they will take more risk and bring even more fresh approaches to their tried and true Warriors games.

I won’t spoil the story for anyone as that’s not my style at all. With that said the plot is basically this: You find a girl that has been sealed away. Turns out she is a Goddess. She would like you to escort her on her journey. That’s pretty much how the story starts. I can’t dive into much more than that without spoiling anything. As for who YOU personally are. The main characters are Zhao Yun & Lei Bin, which are the two that find Lixia, who is the goddess. So, more than a little outside the normal Dynasty Warriors storyline. Also, there is a special gameplay ability that Lixia can do later in the game that can put a fire under you and everyone else so to speak. I thought this was awesome when this element came into play so for the sake of taking that away from you all if you give this a try. I won’t spoil that either. If you are curious about what I mean and want to spoil it for yourself however just go to the Dynasty Warriors: Godseekers site and scroll down to the bottom under system. You’ll see what I mean. 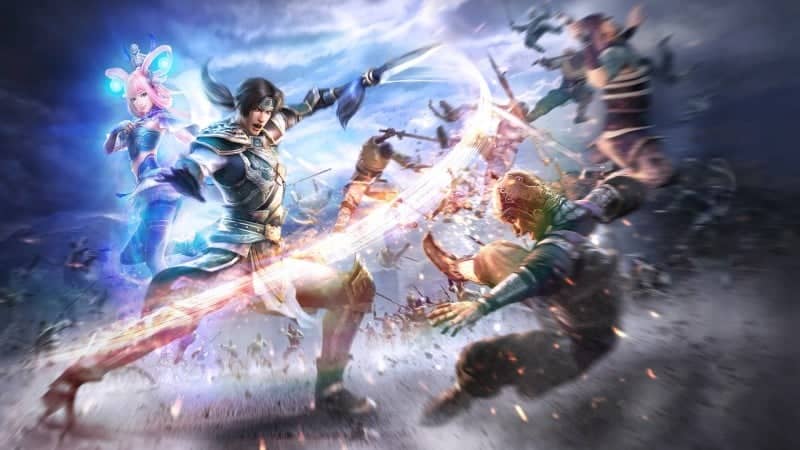 The game offers tons of replay value. Not only can you gain exp to level up and get stronger. But you can also pay your hard earned cash to raise the attack of the weapons you own. You can also fuse weapons to take an ability of one weapon say dexterity+9 and move it to the new weapon. Each weapon has 4 slots to hold these boost. Once they are all full you’ll have to overwrite an ability with another. Also adding to the replay value is the fact that certain areas you’ve been will have varying effects during your gameplay. You might see Pangyang currently has stronger enemies which will yield more experience or you may see an area where enemies are dropping more gold. Things like this you want to take advantage of because once you go into a battle and come back to the destination selection screen, those little bonuses may no longer be there. I have included a little video at the bottom of this review so you can see a bit of gameplay in action, just in case I have not made things clear enough or perhaps confused anyone. 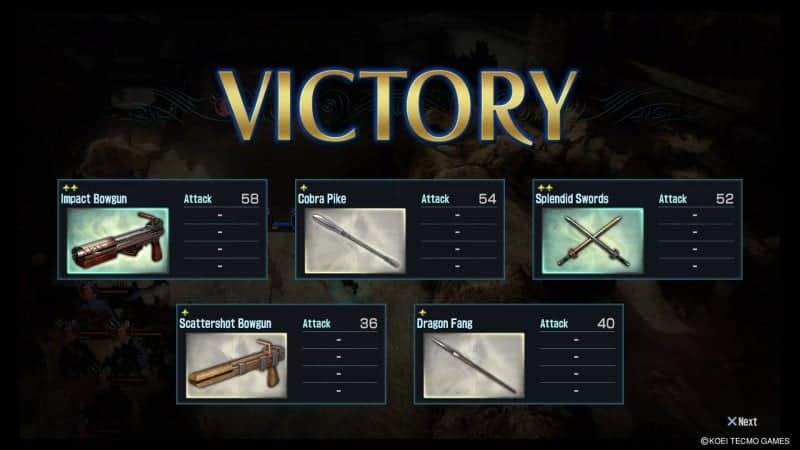 In my experience playing this has been a breath of fresh air. I would not mind seeing Samurai Warriors getting the same treatment. It’s nice to have a beloved franchise given a new burst of life by incorporating a new style of gameplay as well as taking a different approach to the story element of the game. I suggest everyone that is a fan of the Dynasty Warriors games or just fans of all the Warriors games like I am to go and give this a try. Perhaps rent it from a service like Gamefly, or maybe if you have a friend that has it on PS4, ask if they would mind shareplaying with you and letting you give it a go. The MSRP of Dynasty Warriors: Godseekers is $59.99 and in my opinion worth it.

So what do I give the game? Well based off of gameplay, graphics, framerate, story, controls and replay value I would say on a scale from 1-10 I give Dynasty Warriors: Godseekers a honorable 8/10.

Hope you have enjoyed reading everyone. If you have any questions feel free to comment. We love to hear from you. If you would like to talk to me personally feel free to contact me via twitter or my facebook. Info should be in the profile here at Hackinformer.

This is ss4gogeta069 and I just wanted to say that Gaarasaiyan is doing better but still needs all the prayers he can get. He’s had it very, very rough these last 4 weeks. This is the last review he did before going into the hospital and I wanted to get it to you guys so you would have his thoughts on this game and also because he would want us to get it out. Keep him in your thoughts and prayers. He’s got a ways to go before he will be back so if you happen to think about it drop him a note on twitter @gaarasaiyan or on his facebook page. Thanks guys!!!!

Been gaming since I was 3 years old. I beat SMB for NES when I was 3 and continued to conquer games from then on out. My favorite console of all time would have to be the SNES. My favorite game would be a tie between The Legend of Zelda: A Link to the Past and Metal Gear Solid. I used to run support for Hyperkin's Game Genie for PS3 product on their official forums. I also used to write codes for the device. I'm now with another company on another device but I haven't been as involved as I'd liked to be. Time restraints & whatnot. I hope to continue my involvement with the gaming world in any way possible. You can find me on twitter @Gaarasaiyan, on facebook at facebook.com/Gaarasaiyan, and on twitch at twitch.tv/gaarasaiyan Anything else you guys want to know, feel free to ask.
@https://twitter.com/Gaarasaiyan
Previous Review- Hori L2, R2, & L3, R3 trigger grips for the Slim PSVita
Next $10 PSN card giveaway! So you don’t miss out on these PlayStation deals this week