Trigger grips for the PSVita have been around for a while but they all were just grips and don’t add any extra buttons until JOETSU Electronics made the first pair of grips that had L2 & R2 buttons for the Slim PSVita. Since then JOETSU Electronics has made two more types of grips, one for the Phat PSVita and a new one that adds the triggers to work on top of the touch screen but they are always missing L3 & R3. 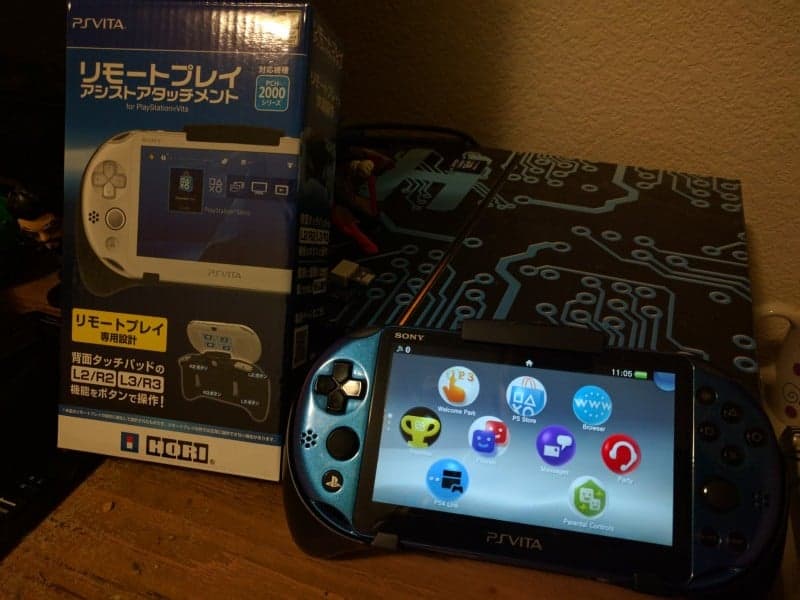 Now, this is where HORI’s  L2/R2 & L3/R3 trigger grips for the Slim PSVita come in hand and will cost you about $24.99. Just like the JOETSU first two trigger grips, HORI’s has L2 & R2 triggers that are very comfortable but HORI added the one thing there were all missing the L3 & R3 buttons. Since the PSVita joysticks are not clickable we are stuck using the back touchpad for PS1 games and for most remote play games via the PS4. 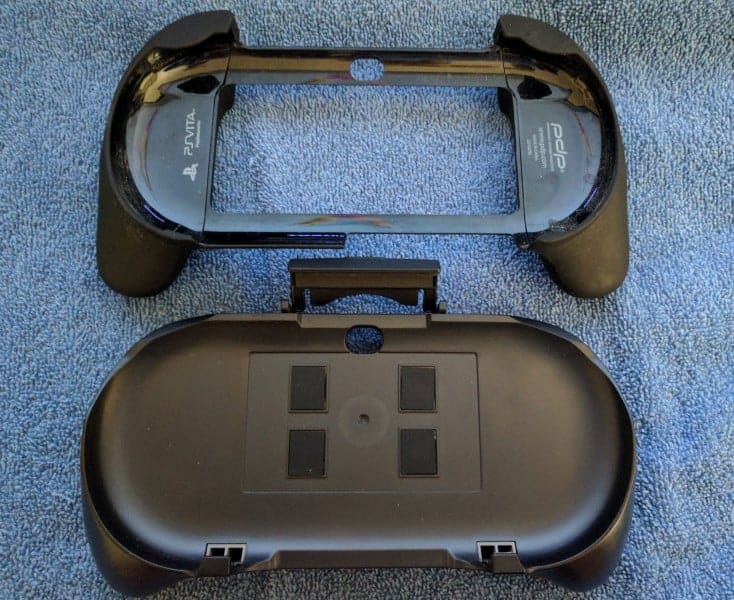 The HORI trigger grips are very light considering the plastic covers the whole back of the Slim PSVita. When comparing them to just your plain old trigger grips they don’t weigh much more. The form factor of these grips is great as the PSVita becomes one with it and doesn’t feel like a cheap accessory.

(Using L3 trigger to fly down)

Both of the triggers are placed just right for your fingers as L2/R2 are nice big sized triggers, so it’s easy to play with both fingers on the triggers. Then L3/R3 are like two small gun triggers on the bottom of the PSVita that make so many remote play games that much more enjoyable. 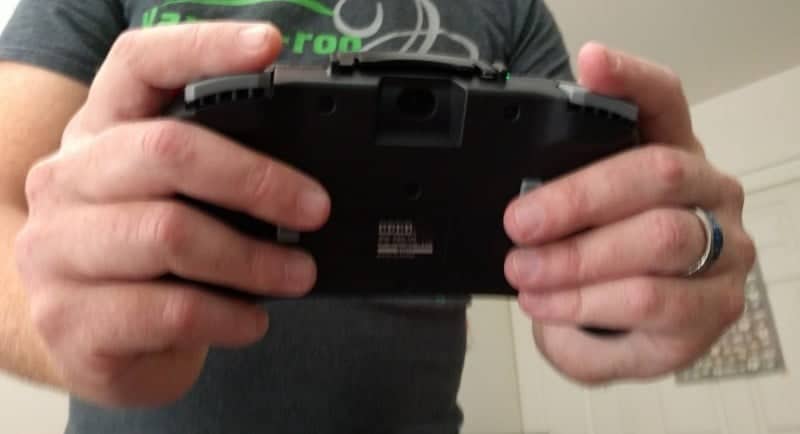 It may take you a second or two to get used to pressing L3/R3 as trigger since we are all familiar with the joysticks doing that. Now all the triggers buttons plus the design of how you hold it in your hands is amazing as I said before it doesn’t feel like a cheap accessory and is one with the PSVita.

Using the grips for either PS1 games or remote play games there wasn’t any lag in pressing the triggers and acted just like normal buttons would. Of course to get the best results make sure the back touch pad is clean on the PSVita and that the pads on the grips are also clean. I would only use a little damp cloth for the grips and would also be fine for the back touch pad on the PSVita. 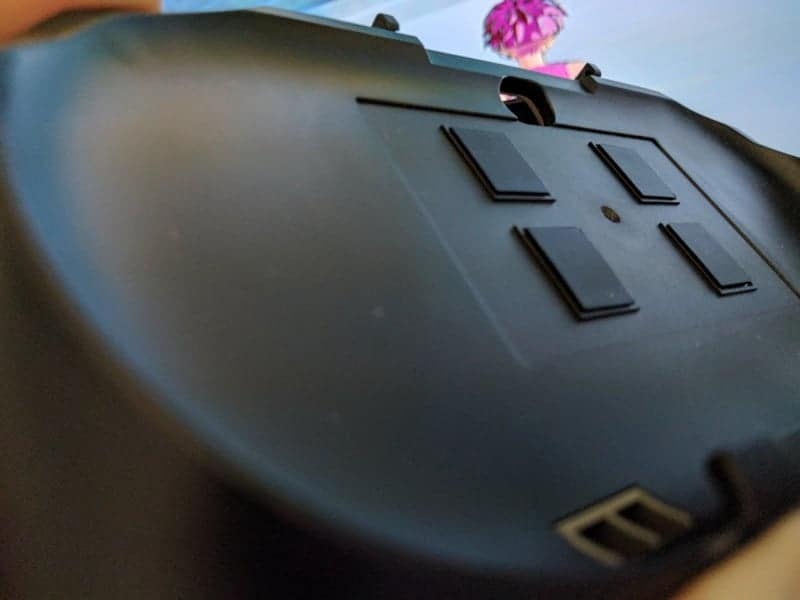 When it comes to games these grips work great for PS1 games or even if you remap the buttons for a PSP games, if you don’t have a PS4. Now for remote play PS4 games, it just depends on the game and how the developer sets it up with either back touch controls or front screen touch controls. 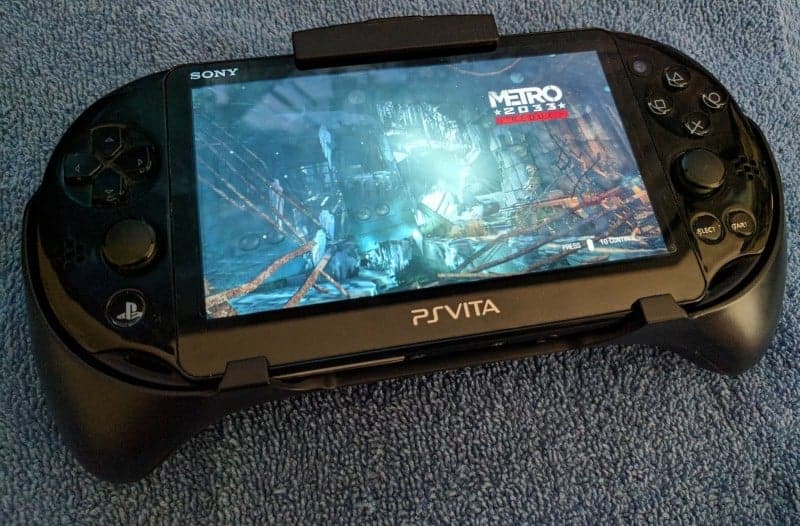 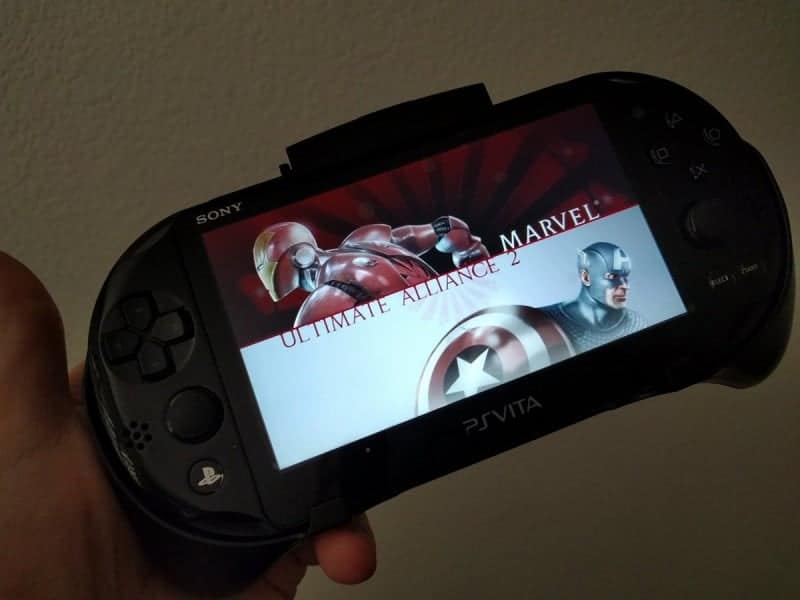 My overall experience with the HORI L2/R2 & L3/R3 grips was wonderful! I would have to say, this is a must have accessory for your Slim PSVita even if you don’t have a PS4 it’s still great to use for PS1 games. I normally don’t run across products like this but I give these grips a 10 out of 10, everything about them was spot on from design to functionality and even the price was great. 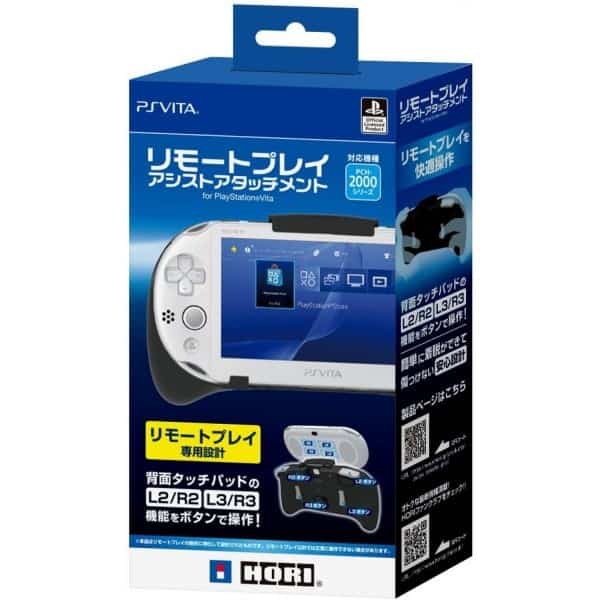 If you like to buy the HORI L2/R2 & L3/R3 grips for the Slim PSVita I recommend picking them from our partners at PlayAsia.com here for $24.99, plus you can use our coupon code: informer to save a few bucks.

Now, these grips are in high demand and they may be out of stock but they do have a mailing system, that alerts to tell you when they are back in stock.

If you are thinking about buying some trigger grips for your Vita I recommend taking a look at our other posts below on this subject to make sure you get the right ones for you.