Nights of Azure is here to slay your weekend plans

Hey, everyone, I hope you all had a great Easter weekend. I spent my time trying to get the depths of the game this review is based on. It’s a fun game, but it has a few issues. One, being like a lot of JRPGs, it takes awhile to get into it and for the story to open up enough to grab your interest. The game under review today is Nights of Azure published by Koei Tecmo. This game comes from Gust, the same devs that make the Atelier series. So now that you know who made it, let’s get into how their hard work paid off. I’ll be sure to keep this spoiler free as possible. 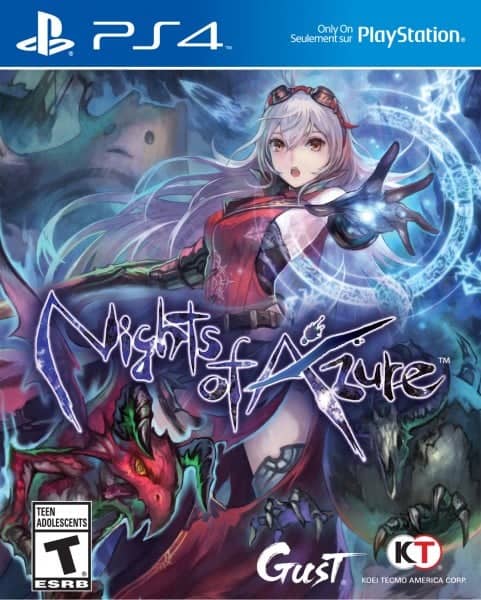 The game starts off like, as I said, a bit slow. Your first hour of gameplay is basically a tutorial. Teaching you the ins and outs of the game. You’ll learn basic combat as well as all about your little companions called Servans. There are many different Servans throughout the game. A bit of my inner Pokemon trainer kicked in as I sat out to collect and train them all. Each one is different and fights differently. They have special abilities and powers that are unique to each of them. I’m sure you’ll enjoy trying them all out. 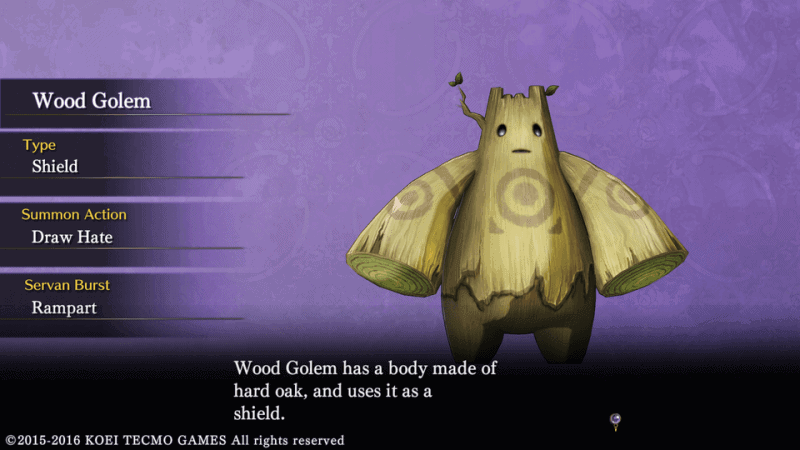 You fools, this isn’t even my final form.

I don’t know how many of you read my article talking about this very game about a month ago, but for those of you that didn’t, this info will be new for you. Along with your basic combat skills and Servans, you also have the ability to transform. Well, you will eventually after you start the game. You see, along with the opening of the game being like one big tutorial, as you progress and earn new abilities, the game pretty much slows down to teach you what new trick you just learned and how to use it. 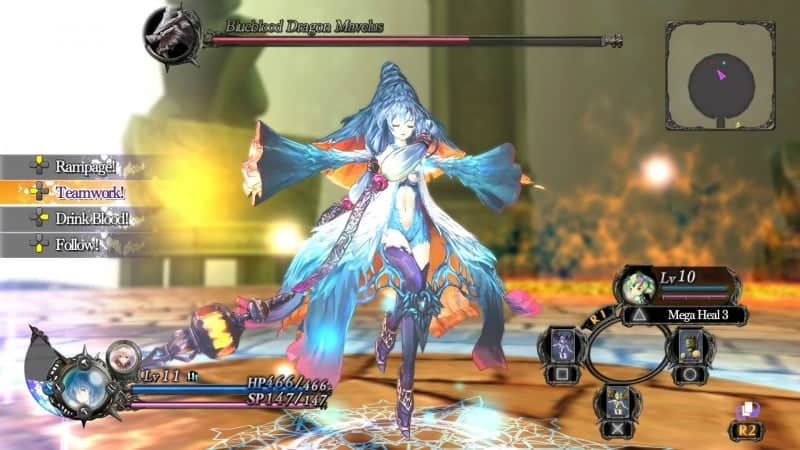 Most of the time I like figuring things out for myself. But this game is kind of overwhelming at times so the help is welcomed. There are a few forms to obtain and you get these forms based on your Servans. They, like your Servans, offer different abilities and serve different purposes. Mastering this is your key to victory when facing tough enemies. 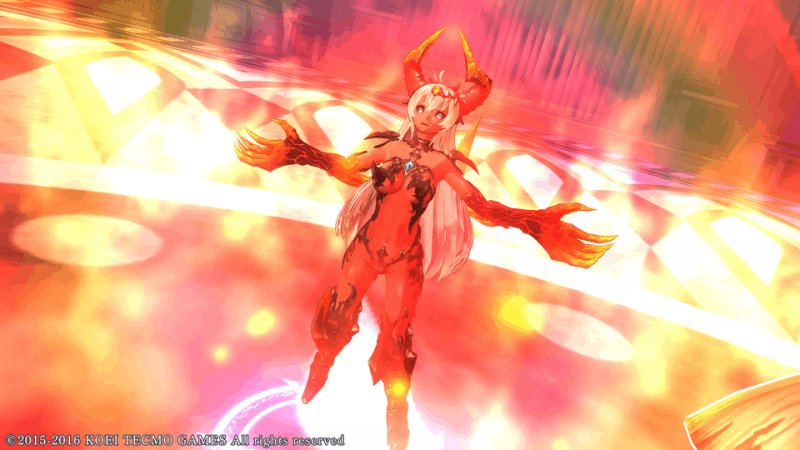 The story focuses around Arnice which is whom you play as. Your tasked with destroying fiends and protecting the new saint, who is to seal, you’ve been told, the king of the demons. He is called the Nightlord. Who is this saint your tasked with protecting? It’s none other than your childhood friend Lilysse. 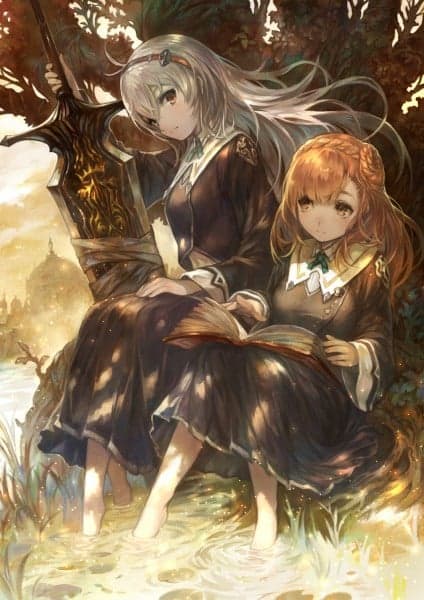 You don’t find this out until after your tutorial, though. So that bit is spoiler-ish, but not by much. Basically, what I have told you up until this point is what you find out during, and right after, the tutorial part of the game. The game also seems to have some sort of relationship progress or meter. But it’s not something you can check on. You just get the occasional “your relationship has grown” messages during gameplay. This happens when you have certain options to choose from and you pick one that’s corresponding to that relationship. I have yet to hurt a relationship, so I don’t know if you can or not. To be honest, I don’t even know how it’s measured. Meaning, when you choose your option where one relationship grows, I don’t know if it hurts any others. I don’t even know if there are any others, as my focus has been around one and one only. So for those of you that pick this up, feel free to comment in the comment section below of this review and let me know how your playthrough went and if I missed anything in mine.

Night sure ticks by fast.

When you are not out slaying fiends, you’re stationed at your hotel. This is like your base of operations. Here you will buy things, participate in events, as well as decide things like daytime activities. When you leave the hotel you are taken to a overview of the world’s map. 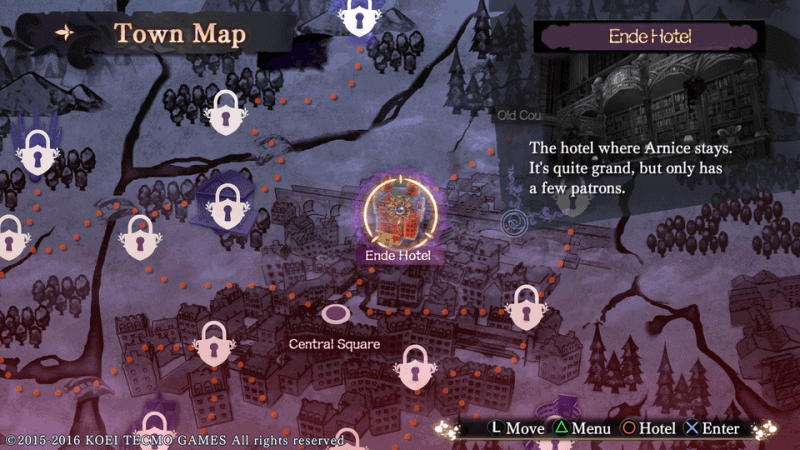 You choose a starting point and you’re off. You are confined to certain areas at first, but once you unlock others you can move between them while you are out. There is one catch though… Once you choose a place to start, you have 15 minutes to do what you need to do, and return. It’s a little limiting in some aspects but overall it isn’t a bad thing. As after your 15 minutes of slaying enemies, you get all the items, money, and blood which is essentially your experience points of the game. 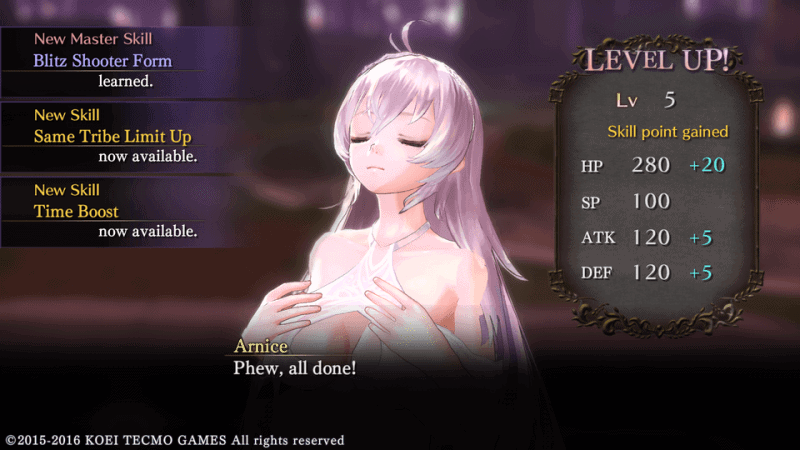 You also will complete any daytime activities you’ve selected after your 15 minute battle phase. Daytime activities give you different attribute points to obtain skills with. There are four attributes: Spirit, Finesse, Stamina, and Charm. When obtaining a skill, you need to make sure you have enough of the corresponding attribute points. For example, after you progress a decent amount into the game you can obtain a skill called Time Boost. This increases your 15 minute time limit which is well worth the purchase. Your first time purchasing Time Boost will cost 10 Finesse only. Some skills can be upgraded, meaning you have to buy them again. They’ll cost more too. The second time you buy Time Boost it’ll be 5 Spirit, 15 Finesse, and 3 Stamina. As with most JRPGs, you’ll spend quite some time simply grinding for points, but not as bad as some games I have played. All that aside, I like the way the skill tree and points work in this game. Even though I had to grind a bit, it didn’t seem as tedious due to you simply having to pick daytime activities and not actually having to do them.

I am here to slay demons, not be your errand girl!

Aside from the main game and story, there are optional side quests you can do; However, they are rather mundane and not very fulfilling in the terms of you feeling like you’ve actually accomplished anything. The most common quests are things like “slay this many enemies” or “go to this area”. They are, more often than not, places you’ve already been. 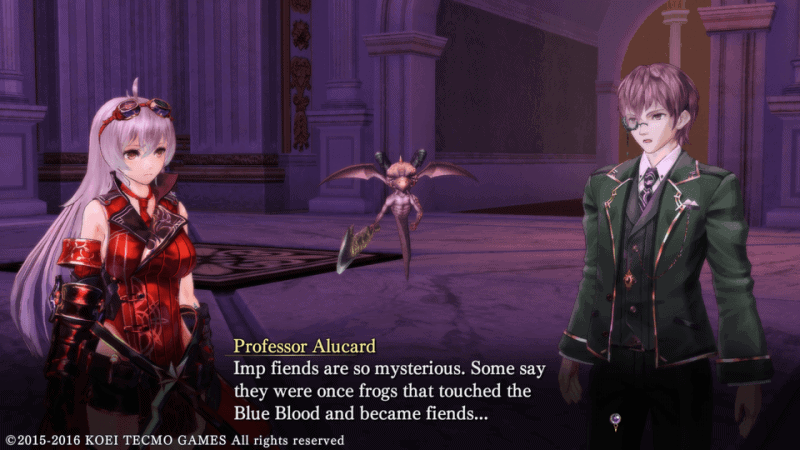 But it might be at a more secluded, over looked part of the map gone unnoticed. Regardless, it’s simply annoying, in my opinion, to have to run all the way to a location to find a flower, or to encounter a palette swapped version of a fiend that’s “special” in some way. You’ll see what I mean as soon as you get into this, but overall, they all serve a purpose. Rather, it is to unlock a skill so you can obtain it, to give you a new Servan, or just your general comedic relief in the middle of all your killing. They are optional, so you don’t have to do them, but I highly recommend you do. That way you get all the game has to offer to you. Besides, some of the little skits that happen as a result of your side quests are rather amusing.

Throughout my experience with Nights of Azure, I found myself constantly wanting to hurry up and get through it. Not due to it being bad by no means, but simply because at the beginning you’re so limited in what you can do it’s honestly rather boring. But as you progress your skill tree gets bigger. You can perform more combos, transform into different forms, Summon more deadly and powerful Servans, and just all around whip more butt than you ever thought possible. 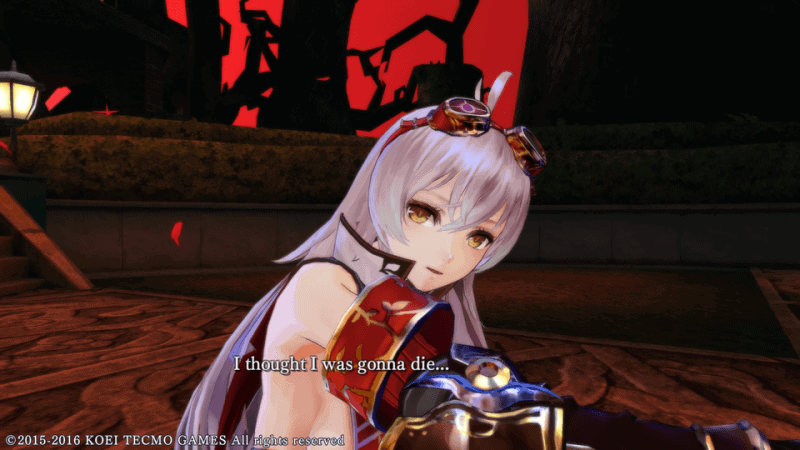 At the beginning though, up until I say around chapter 3, the game is slow. The limited combos you have makes the combat get really, and I mean REALLY, repetitive. But if you can hold out through the torture of it being such a slow start, Nights of Azure opens up in a truly spectacular and enjoyable way. I found myself binge playing this one day for a whopping 6 hours straight. I’m talking no breaks to eat or anything. My hands and eyes regret that day, but not my mind or spirit. I couldn’t put it down simply due to all the new stuff opening up to me. I wanted to experience it all, and see what else was waiting to be unlocked around the corner.  Not only did gameplay get tons better, but the story opened up and actually pulled me in. So with the night literally waning while writing this, I will give my final verdict and opinion. Nights of Azure is gorgeous to look at. The graphics are beautiful, bright, and all around colorful. The gameplay, while starting out slow, definitely opens up and in a big way. It’s just the road getting there, and I feel a lot of people won’t give it the time to do so. I strongly urge you to though, and if you do, I assure you that you won’t regret it. All that being said, due to it taking so long to truly get to be as entertaining as it turned out to be, Nights of Azure gets a 7.5/10. If you can put forth the time, and give it the chance it deserves, Nights of Azure is well worth the purchase. I honestly wouldn’t mind a sequel or another entry in general. Perhaps in the form of a prequel even. Good job Gust, upon first playing you had me a bit disappointed, but you really wowed me in the end.
Until Next Time,