Arslan The Warriors Of Legend Review

Hey guys, Gaarasaiyan here again today with a game review that I think most of my fellow Anime and Dynasty/Samurai Warriors fans will truly enjoy. I am here to tell you all about Arslan: The Warriors of Legend. 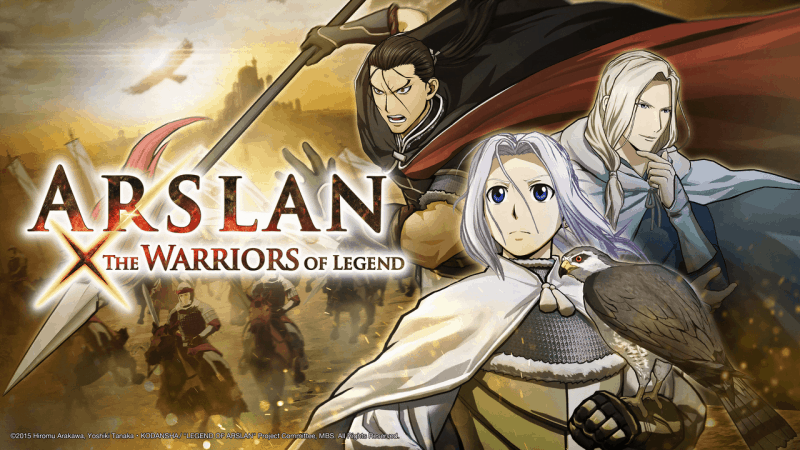 Many of you will be like “Gaarasaiyan, what’s Arslan and what does it have to do with anime or Dynasty or Samurai Warriors?” Well friends, Arslan is an Anime based on the 1980’s novel series: The Heroic Legend of Arslan that truly stands out.  Arslan has been adapted to manga and anime before, but this is the best version in my opinion. From the woman who brought you Full Metal Alchemist, Hiromu Arakawa as well, no less. Koei Tecmo has brought to the West this amazing game that follows the anime quite well. They have applied their trademark “Warriors” gameplay formula to Arslan like they have other crossovers in the past. Such as Gundam, Zelda, and most recently Dragon Quest. They even included some brand new elements to their formula that was so fun to encounter, I hope to see it in other “Warriors” type games as well. I won’t spoil what it is as I think it will take away from the “wow” factor of having and actually done it and not expecting it. So without further hesitation lets get to it. 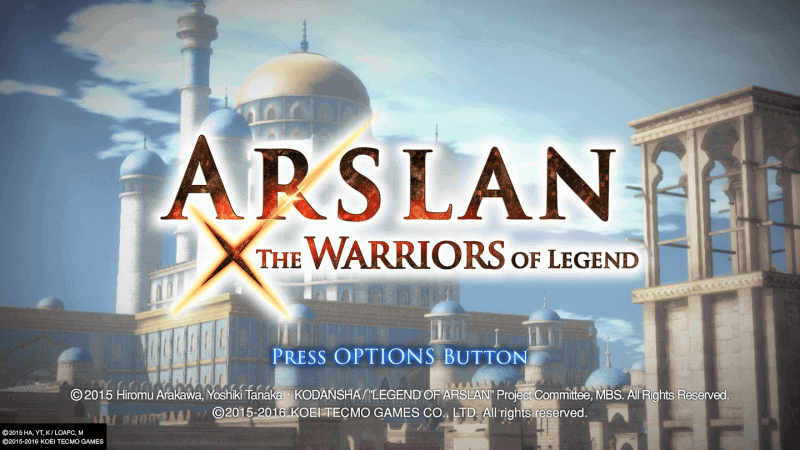 The game is based completely on the Anime. Arslan is the crown prince of Pars. A somewhat peaceful kingdom… for now… It’s not long before things go sour and the story starts to unfold, and what a story it is! I was pulled in within the first 10 minutes of playing. There have been few games to pull me in so quickly and easily. Arslan’s gentleness made me want to root for him. He seems like such a kind hearted fellow but I couldn’t help but think there was something more to him. He is truly an interesting character. He only wants to help everyone but his friendly demeanor is not one to be had by someone who is to one day rule a kingdom. He doesn’t like to sadden people which means he has an issue turning people down or turning them away. You can’t say yes all the time and Arslan will find out sooner or later I am sure. 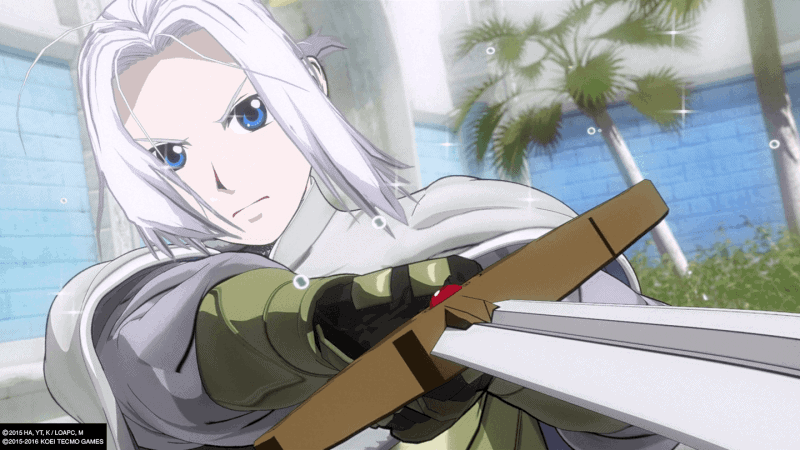 Aside from Arslan, you’ll be taking control of many other characters you may or may not be familiar with, depending on if you have seen the anime or not. Some of these range from Daryun, Elam, Narsus, and Gieve to name a few. Each character in this game are unique in their own way. Yes, some use the same type of weapon, but I can honestly say no two characters feel alike. They each have their pros and cons, along with their own unique bad-ass special moves. You’ll have to experiment a bit with each to find the best combos for each of them. Once you do, you can take on entire armies alone. 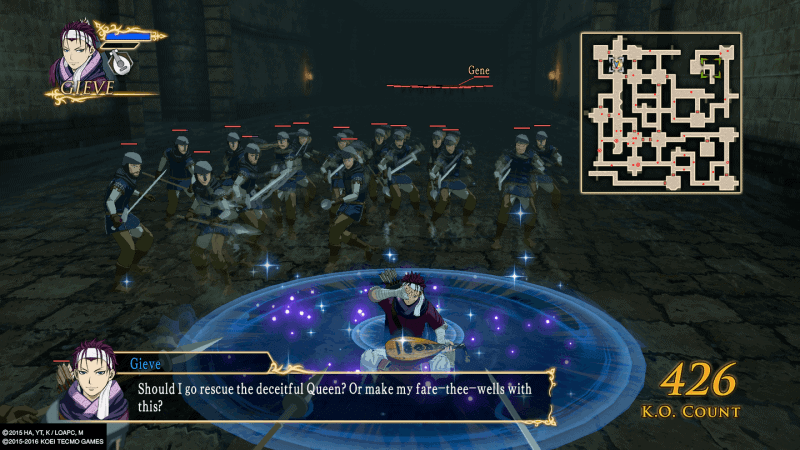 In a normal Warriors game, you’d be getting different weapons and then finding more powerful versions of those weapons. Not in Arslan: The Warriors of Legend. In this game, your attacks are powered by two things: Your stats, which are determined by your skill cards and level, and your weapon Arts. Each weapon has a move tree. The more you use that weapon the more skilled with it you become, in turn, the more moves you can use. Continue to use it and you’ll unlock weapon arts. These arts combine elements with your weapon. For example, you’ll have Daryun’s spear with a fire art. Your third or fourth hit with it will set your enemies ablaze. Just like with unlocking more moves to use with your weapon, the more you use an art the more moves you unlock with that art and the stronger it gets. 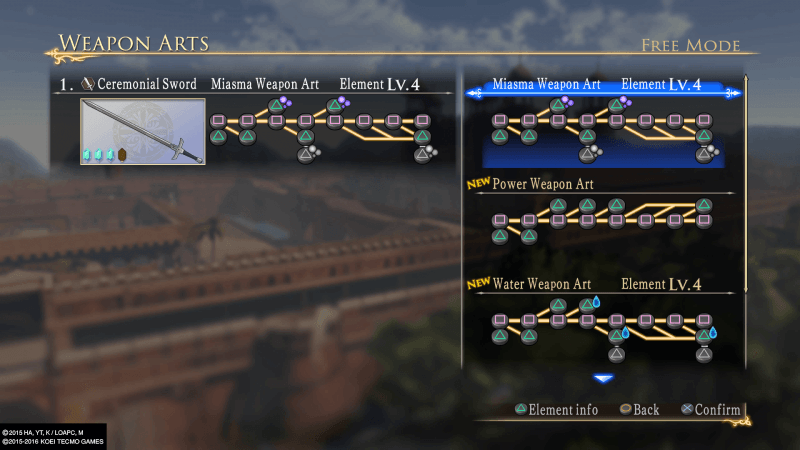 Remember Those Skill Cards I mentioned?

You start with 0 Skill cards but before you know it you’ll be swimming in them. Each card has a grade ranging from the best I’ve found which was “S” all the way down to the worst which is “C”. The higher the grade, the more stats it adds and helps. When you have a ton of skill cards you have two things you can do to get rid of them. One is to sell them which to be honest I found was a waste of a card. Or you can synthesize 5 or more cards together to make a new one. You choose which cards to synthesize and how much gold to pay to do it. The better cards you choose and the more you better the more chances you have of obtaining a super rare “S” card or at the very least a strong “A” card. Basically the less you give, the less you’ll be getting back. No matter if you synthesize 5 or the max of 10 cards you’ll always only get 1 in return. Overall, this is a nice way to try and get newer and more powerful cards early on. 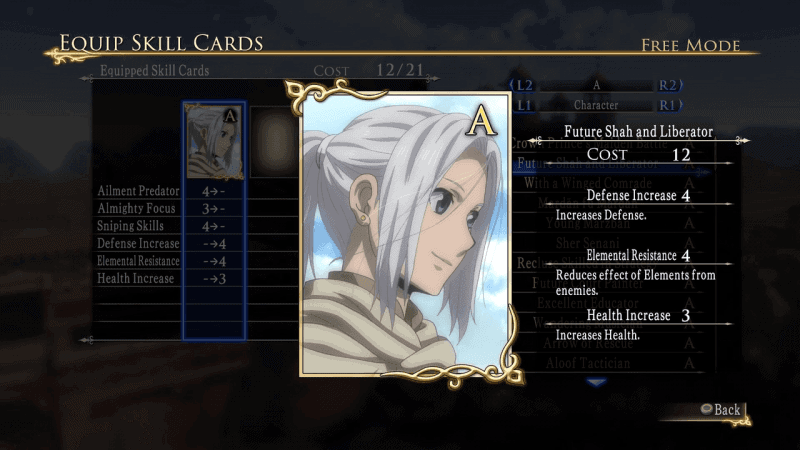 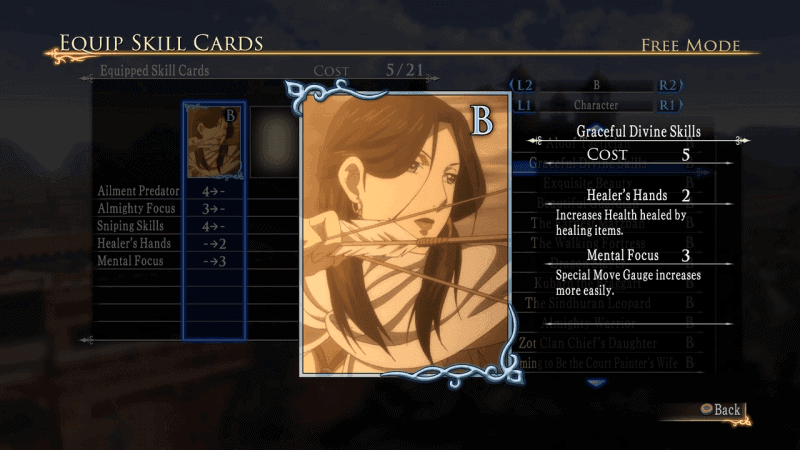 Get Comfortable, You Won’t Be Going Anywhere Anytime Soon.

I played Arslan: The Warriors of Legend on and off until I had finished the story. Each session lasting about 3 hours it took a few days to finish the story mode. This isn’t a bad thing, more often than not nowadays games stories are for the most part short. Some lasting no more than 5 to 6 hours. I played this for a little over 13 hours (counting the cut scenes as well). After the story mode you have a few things you can do, one being the Free Mode. Here you can replay any part of the story with any character you’d like. This is especially nice if you’re trying to level certain characters or their weapons. It also gives you a chance to focus on obtaining more gold and skill cards. Overall, if you like anime or the warriors franchise of games, or like me love both, you’ll be spending a lot of time with this game. And no worries, I honestly believe even if you’re not a fan of the warriors franchise you’ll still have tons of fun with this game. 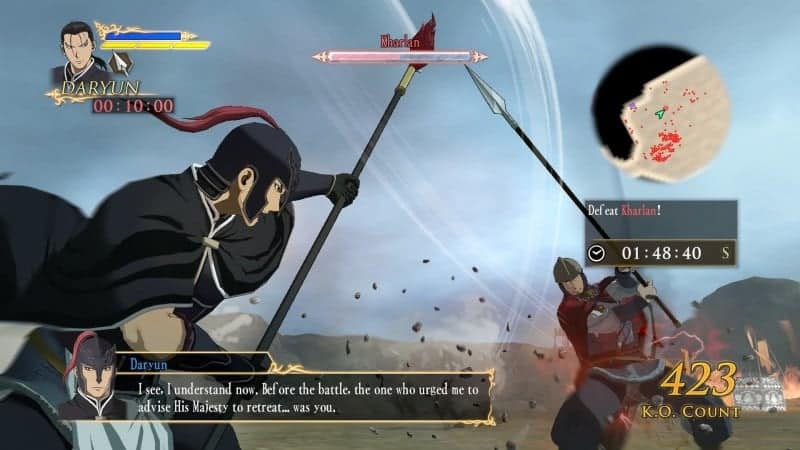 Sadly, the only playable modes are those two. There is an encyclopedia, as well as a gallery, where you can educate yourself a bit on the story of Arslan. Also there is some info on each character. You can also look at the costumes you have for them to use. Speaking of costumes, those who pre-ordered through GameStop and EB in Canada will receive a special weapon and armor set for Daryun. Another is Conflict at Gujarat Fortress which is a new original scenario for Free Mode. If you’ve pre-ordered from Best Buy or Amazon, you’ll receive the new original scenario: Battle for the Title, for Free Mode. Both scenarios offer players the possibility to unlock some very special limited skill cards, which will give them an extra edge in battle. Also for those of you who went digital, if you’ve downloaded Arslan: The Warriors of Legend in the PSN store, for the first 4 weeks following the games release you can get the ” Battle for the Title” DLC offered by Best Buy and Amazon for pre-ordering for free. After the 4 weeks though this DLC will no longer be free. No word yet on when or if the Gamestop DLC will be available for download or purchase.


Will Arslan Be King? Stay Tuned!

The game ends on a cliffhanger as the anime is still ongoing. I surely hope Koei Tecmo decides to make a sequel of this game. But with all the hours of gameplay you have with Story Mode and Free Mode which has some Extra missions that weren’t in the story that I can recall, you’ll definitely get your money’s worth out of this game. The only real drawback to this game that I could honestly point out is it’s lack of a lock-on feature and bad camera control. But that is my only complaint with this title. Gameplay is amazing, graphics are gorgeous, controls are simple and easy to learn if you’re a newcomer, and the story is rich and intriguing. I say on a scale of 1-10 Arslan: The Warriors of Legend gets a well deserved 9/10. I have included the launch trailer below for you all. If you’re interested in picking it up after reading this and are wondering when it comes out, good news for you. It’s out today on PS4 and Xbox ONE as well as digitally on PS3 and Steam