Hey, guys Gaarasaiyan back again (FINALLY!) with another review. Today we will be touching on something a bit old, but something Square Enix is (once again) trying to make new. It’s had a couple of spin-offs, as well as characters making appearances in other games. If you haven’t figured it out yet I am of course talking about Final Fantasy VII (that’s 7 for those of you that don’t know your Roman Numerals.) 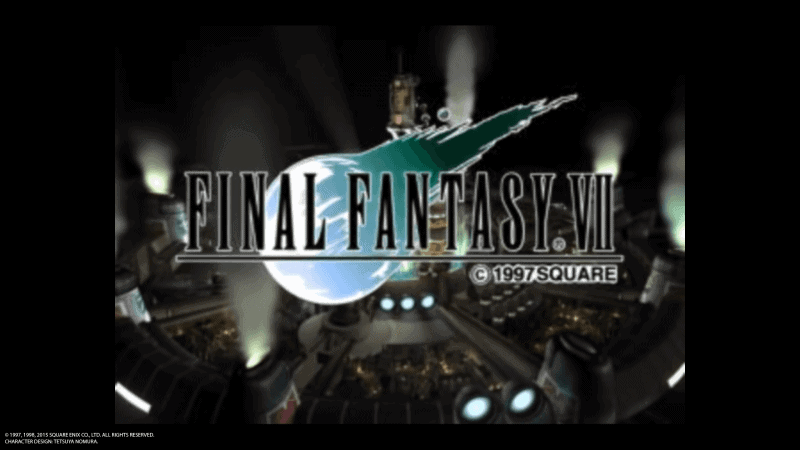 Final Fantasy VII is one of the greatest, and in many people’s opinions the very best, Final Fantasy installments there has ever been. It originally launched back in 1997 for the Playstation 1. Since its’ inception it has seen other launches as well. IOS and the HD remaster for Steam in 2013 to name a couple. Playstation 4 received the Steam port this year. It launched during PSX 2015 when Square Enix took the stage to show off more of the Final Fantasy VII Remake that is scheduled for release sometime in the near future. This will be a spoiler free review as there are still many people who have never played. For the rest of us, we all know it so well I don’t have to go into every little detail. Alright lets get to the actual review shall we?

Who are you and where’s my money?

As soon as you start the game you’ll be hit with that nostalgia. If you’ve never played before, be prepared to be blown away by a crazy in depth story and tons of extra content. You start off not knowing much of what’s going on like most Final Fantasy games. You are Cloud, an ex Soldier of Shinra, who are the same guys you seem to be attacking. It seems a band of terrorists have hired you to do some dirty work against your old employers. The name of the group is AVALANCHE, and they mean business. You start by jumping off a train and getting right into a fight. 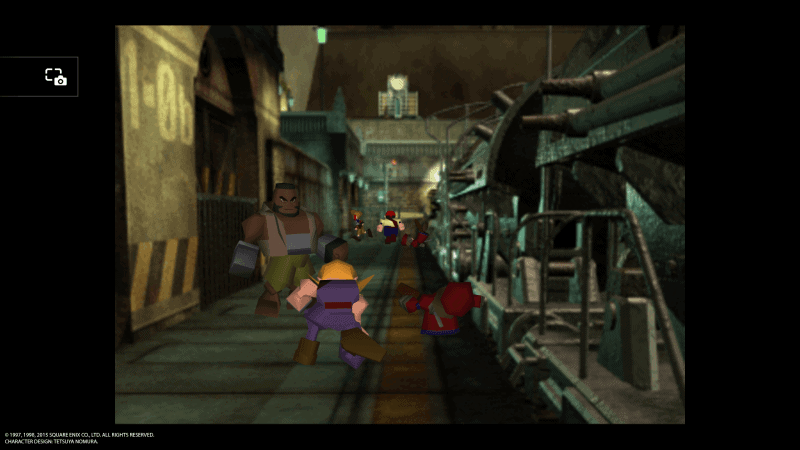 The combat is simple, but if you don’t learn it fast you’ll find yourself dying more than you would like. It is turn based, but enemies will continue to attack while you make up your mind unless you change the battle system in your settings to wait instead of not recommended or active. Overall, the combat is both simple and satisfying. 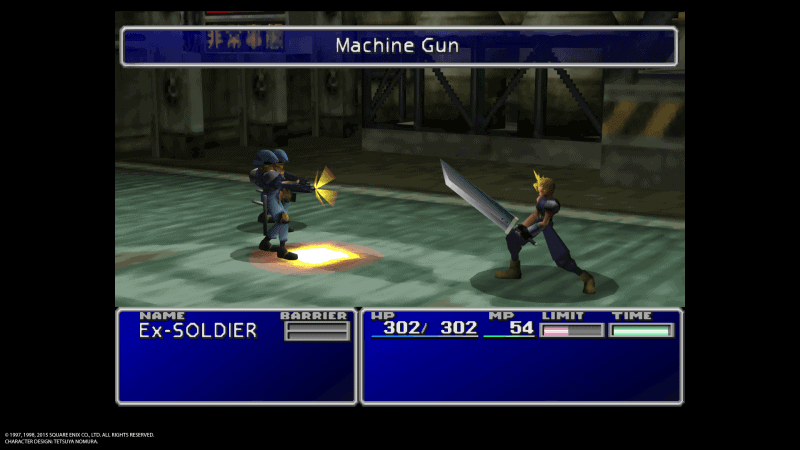 Get the hang of the system and you’ll be done with your first battle and on your way to that max level in no time! Well, considering the max level is 99, it may take a bit longer than “no time.” You continue fighting through what is basically the prolog to the story you are playing. This will set up the following events and you’ll soon start to get a basic understanding of what’s going on…for now.

After all is said and done with the mission you find yourself back at AVALANCHE headquarters, which is a bar. In the bar you come across someone you seem to know. Her name is Tifa and you chat it up for a bit before heading down to collect money from Barret, leader of AVALANCHE. Of course, you don’t just grab the money and leave – if you did it wouldn’t be much of a story would it? Seems they want you to stay and help out. This girl Tifa wants you to as well. How can you say no to such a nice and pretty girl? So obviously you’ll tag along and continue on. By now the story has opened so many holes that it’s interested you enough to continue to explore this world and story. if it hasn’t, I suggest giving it just a bit longer.

The game is, as I said earlier, a port of the HD remaster that was released for Steam back in 2013. The graphics have been polished so it doesn’t have as many jagged corners and edges as the original. It all looks crystal clear, so you’ll have no squinty eye issues here. The controls might be a little different than you may remember for the PS1. 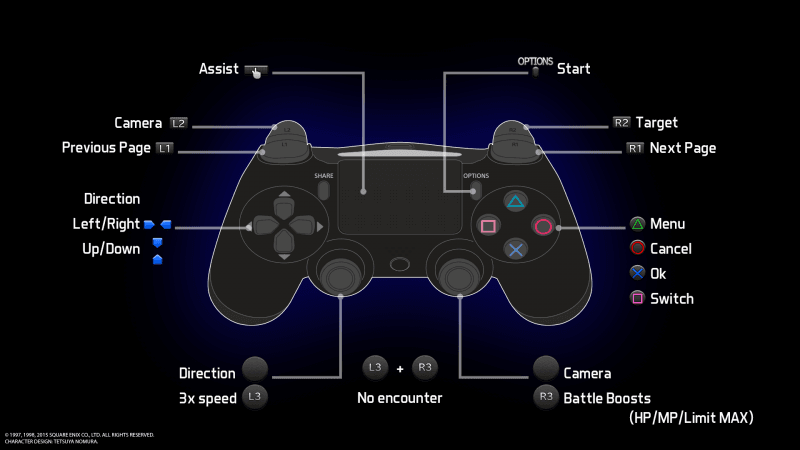 The X and O buttons have switched for example, the options button is start, and the touch pad is select. You’ll also notice there is no longer a “soft reset” feature by pressing start+select+L1+R1+L2+R2 all at the same time. The feature has simply been replaced with a “quit” option in your menu. Overall things look as you remember them without all the huge amounts of pixelation that went along with it.

Well this is new

The game has added a few new features as well. You’ll notice at the main menu you have two new options you didn’t have before – special movie and additional credits. 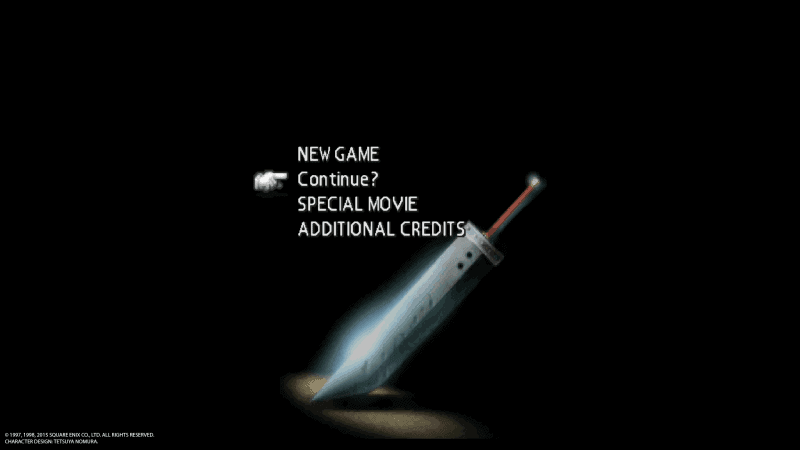 I’ll let you check these out for yourself if you purchase the game. In game there are even more new things to be found. The biggest change some won’t even notice is the Mdef bug (Magic Defense) from the original game has been fixed. In the original the bug caused armors to have the Mdef not register so it didn’t really matter – now it does. Also, (obviously) no more “insert disc #” instruction anymore. It simply says “end of part #” instead, to signify where you would originally swap disks. Most of the infamous bad translations many of us remember have also been fixed. “He are sick” lol. The most noticeable change, or addition I should say, is the built in “cheats”. Pressing L3 will speed up the game. Basically what fast forward does in emulators. L3 + R3 will turn off random encounters which is great if you need to back track or would like to do the low leveled challenge that was made up ages ago before there ever were trophies. Google this if you’re interested. Both of those are useful and welcomed, especially for people like myself who are simply replaying for whatever reason. The one cheat I do not like and do not approve of is what happens when you press R3. It causes infinite limit breaks, which are your special moves for those of you that don’t know, and keeps you constantly healed. 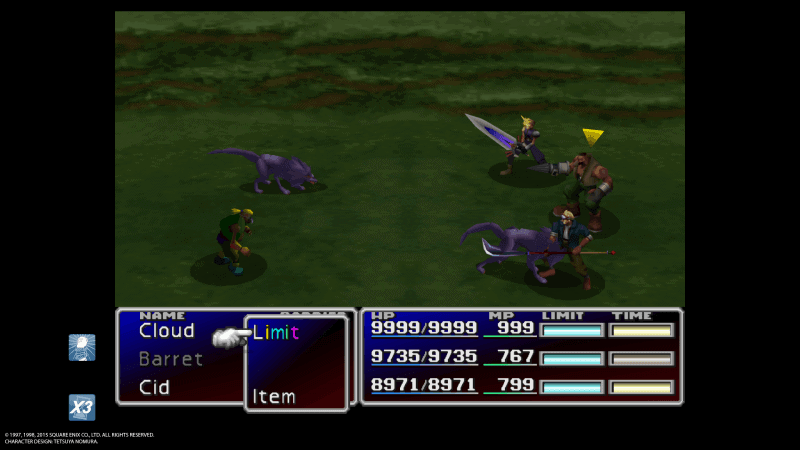 This takes every part of the challenge out of the game and makes playing it seem pointless. But, I guess if you simply wanted to know the story you could go through it this way. Last, but not least, is the addition of trophies. Yes the game has trophies! I don’t know why they even matter as that last cheat basically makes 90% pointless. Anyone can get them, lol.

Does it withstand the test of time?

Without a doubt, yes. Graphically, maybe not, but we all should know by now graphics do not make a game. Story and gameplay make a game. The game does suffer from some framerate drops at times during battle, but it’s not a constant. The game from 1997 packs more hours of gameplay and content than most games of this gen do with or without DLC, and that’s saying something. If you don’t use a strategy guide with this game you WILL MISS many things and will be replaying again and again to see them all. I am currently sitting at around 45 hours of gameplay at the time of this review and still have much more I can do. I still have one optional monster to fight, then it’s on to end the game. You’ll have no problem with losing time in this game. 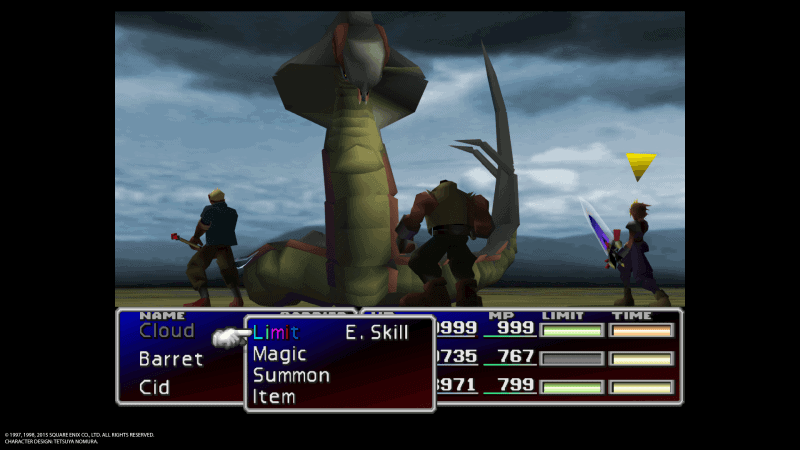 Overall the game is as great as I remember and even better in some small ways. Being older I am able to understand and appreciate the story even more so than when I first played it back on PS1. The polished graphics are appreciated, as well as the fast forward feature. The in game cut scenes have been polished a bit as well, which is also a plus. Playing it on PS4 is a wonderful change in itself, as the DS4 is probably the best feeling controller I’ve ever held in my hand – in my opinion of course. The combat is nice and simple, the characters are memorable and lovable. The story will grab you and never let go. Final verdit: A solid 10/10. I highly recommend anyone who has never played this to pick it up and play it. For those that have, it is surely worth the repurchase to play it again. Yes we could all play it on PS1 or emulate it, but this is the best version and best way to play it. It retains everything we loved about it and fixed everything we didn’t.

So guys I hope you have enjoyed my review of Final Fantasy VII. Until next time, Stay Safe and Happy Gaming everyone.

Been gaming since I was 3 years old. I beat SMB for NES when I was 3 and continued to conquer games from then on out. My favorite console of all time would have to be the SNES. My favorite game would be a tie between The Legend of Zelda: A Link to the Past and Metal Gear Solid. I used to run support for Hyperkin's Game Genie for PS3 product on their official forums. I also used to write codes for the device. I'm now with another company on another device but I haven't been as involved as I'd liked to be. Time restraints & whatnot. I hope to continue my involvement with the gaming world in any way possible. You can find me on twitter @Gaarasaiyan, on facebook at facebook.com/Gaarasaiyan, and on twitch at twitch.tv/gaarasaiyan Anything else you guys want to know, feel free to ask.
@https://twitter.com/Gaarasaiyan
Previous Review: L2 R2 grip cover for PSVita 1000
Next PS4 Jailbreak scene is getting more support & tools for homebrew development