Around these parts, we primarily use products made by Krikzz. Today’s review is simply no exception. The product in question is the Mega Everdrive Pro for the Mega Drive and Genesis family of consoles. While I have a Sega Genesis Mini and can mod it, I thought it would be more fun to see the original running ROMs. If you’re wondering about the Mega Everdrive’s Pro model over the Mega Everdrive X models, we’ll be discussing that and more! Let’s dive right into it 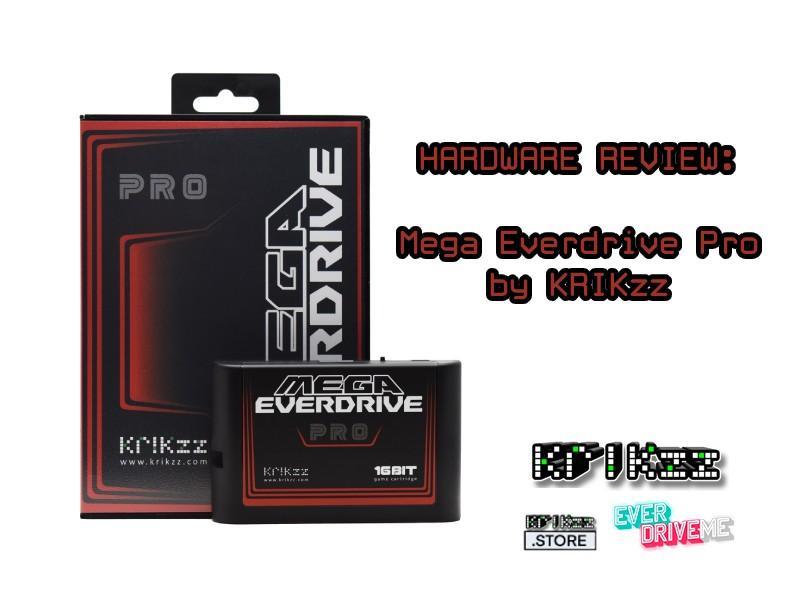 Now we can discuss the menu that you can access on any screen by pressing the “C” button. Once you do that you’ll have the OS Main Menu and see several things. Let’s start off with “Options” This is a list of 10 options that you can turn on/off.

I’ve included a comparison chart (from the esteemed people at StoneAgeGamer [up to date as of this writing]) below that pits all reputable Sega Genesis/Megadrive flash carts against each other. You’ll see that unless you care about specialty audio features that this Mega Everdrive Pro is the undisputed winner. It beats out the Mega SD in a few ways, actually despite it’s list of downsides. What’s even better, is that it’s priced more affordably and it isn’t an extended height cartridge so it fits in your gaming setup even easier.

It’s safe to say that this is one of my favorite Everdrives in the whole entire catalog. It just does so damn much and it does it at a reasonable price and in a standard Sega Genesis cartridge form factor. I’ve covered everything that I want to say, so if I still haven’t convinced you to save your money and get one, then you’re probably a die-hard Sega fan. I tip my hat and respect you for wanting to play your own cartridges and I hope you enjoyed this review nonetheless! 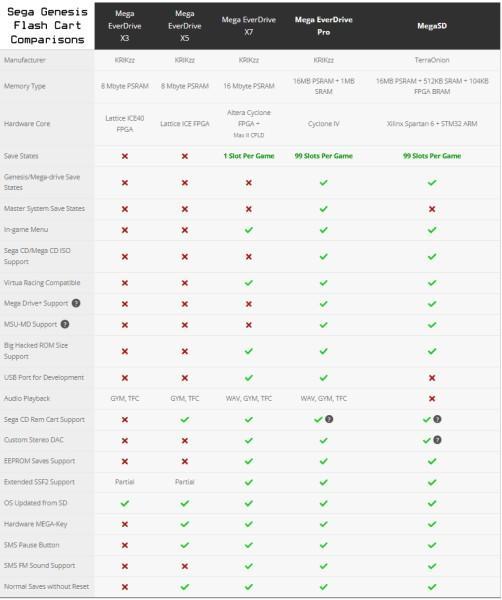 Find me on Mastodon