In today’s review we’re taking a look at a product from Gamebox Systems. The product in question? A consolized GBA (AGB-001) known as the GBHD Advance. I’m so excited to share my thoughts with you. But first, let’s dig into the product description and an unboxing video! GBHD Advance offers users a completely custom and unique way to experience their favorite classic games. The Gameboy Advance signals from original hardware are fed into our custom engineered PCB and processed for digital HDMI out with SNES controller input. The sleek 3D printed enclosure is the cherry on top to make the consolizer a perfect center piece for any gaming or creation setup.

What’s in the Kit: Below I have the links for both the GBHD Advance and the GBHD Advance SP. Both of which allow for you to either buy the kit for you to make yourself or a prebuilt consolized GBA. You know the drill, choose white or a custom color. And then, you’re off to the races. This product, for me, is something that I intend on using as a portable console. I think the GBA has such a massive library and I think that this is literally cheaper than modding a GBA to being modern in 2022.
.
Imagine just plugging this into a hotel TV for fun while traveling. Even on the plane with a power brick and a portable monitor in your carry on bag. Or you can leave it at home connected to your favorite TV with your entire GBA collection ready to go at any given moment. It plays great, it looks great on screen, and hopefully, the 3D print looks good on your personal unit. But if not, I’m sure that Gamebox Systems will work with you, they’re great people! 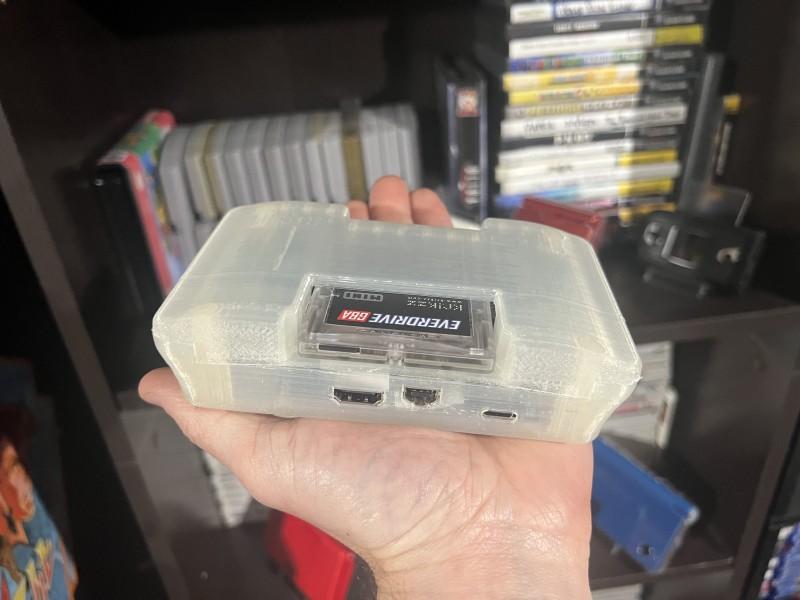