Now that Krikzz and crew are back up and running again, I decided it was high time to seek them out about a product review. They mentioned that they were set up in a new location and that they had products being listed on their site. I asked them if they would be able to send over an Everdrive GBA Mini and they obliged (as well as another item I’ll do next week). Today I’ve got the review and I promise that you will not be disappointed! 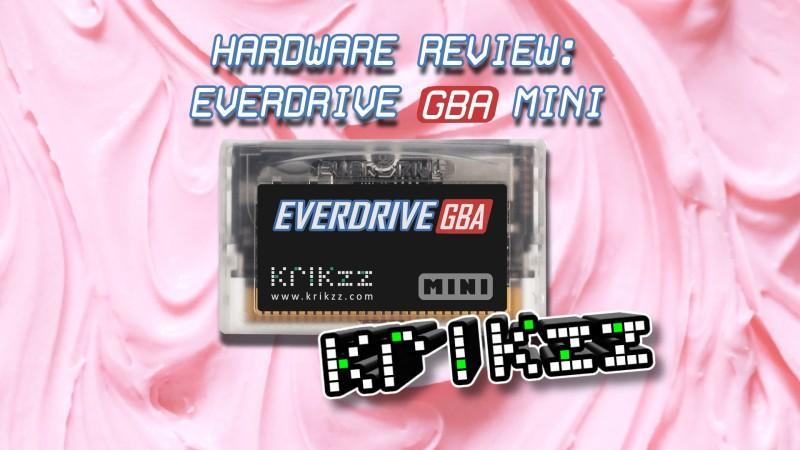 There’s a lot to be said about this amazingly small and powerful device…besides it being small and powerful. It not only alleviates the need to carry handfuls of carts with you and swap them out but so much more. If you’re looking to also expand your abilities, there are emulators that you can add to it. And while save states still aren’t available at this moment, you can still use the game’s built in save functions because the Everdrive GBA Mini supports it with a battery that is easy to replace too.
.
There is nothing better that you can spend your $104 than a device that gets you practically everything you want in your GBA and also benefits a business that is needing your support now more than ever. Even if you’re reading this years down the road and the Ukrainian people are safe and happy again, you should still buy this product from Krikzz. Because it’s just that fantastic.