Welcome to Crossbell. This is a vibrant city full of life. However, not everything is as it seems. As the newest detective, Lloyd Bannings of the Crossbell Police Department (CPD) joins others in the newly established “Special Support Section”, players will begin to uncover the truth that grips the City. Will the SSS be able to overcome the barriers in front of them to discover the truth, or will it be lost to the void? Let’s find out together in our review of The Legend of Heroes: Trails from Zero. 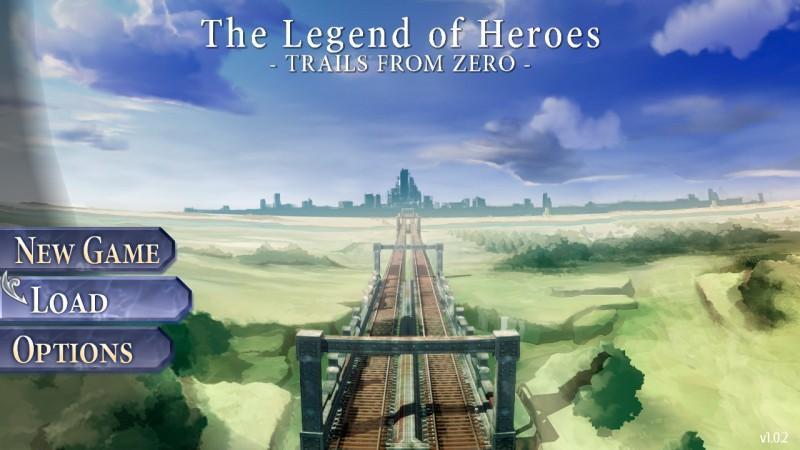 The Legend of Heroes: Trails from Zero

*Update: Special thanks to NIS America for providing a Steam Review key as well! This review will also cover the Steam version!* 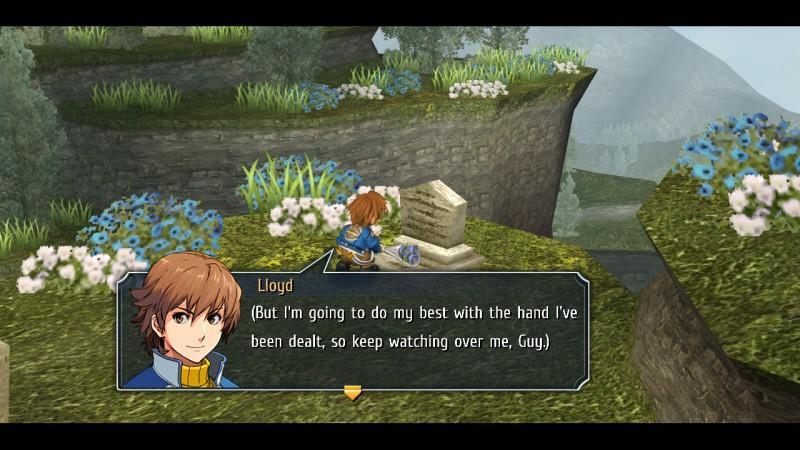 From the game’s main webpage:

Crossbell State, a small territory nestled in the western half of the continent of Zemuria…

Historically the site of many fierce territorial battles between the Erebonian Empire and the Calvard Republic, Crossbell has now established itself as a booming center of trade and commerce, enjoying relative peace and prosperity.

However, just below its shining surface, trouble is brewing. Mounting pressure between the Imperial and Republican factions of its government has led to lawmakers from both sides engaging in ugly political battles and wanton corruption. At the same time, the criminal underworld is running rampant, with clashes between local mafia and foreign crime syndicates becoming more frequent. Its hands tied by corrupt superiors, the Crossbell Police Department is unable to address the rise in crime.

It’s in the midst of all this turmoil that four young men and women join the CPD.

These unconventional rookies are assigned to the newly-established Special Support Section, a position that will bring them face-to-face with the harsh reality of their city.

This is the story of these four young heroes as they work together to overcome the barriers that lie before them and bring light to those living in the shadows of their city. 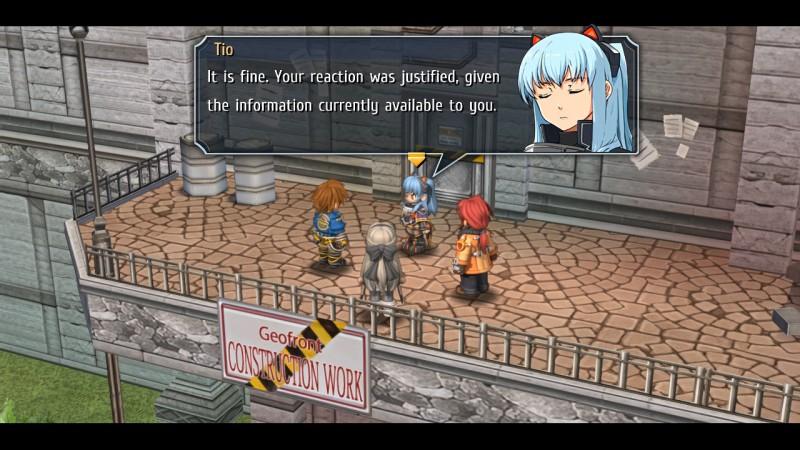 As my first exposure to the Crossbell arc, the story in Trails from Zero is a rather fascinating one. It does not follow the normal JRPG trope of attending a school as a student. From the get-go, you are a young adult, fresh to the CPD.  It is a somewhat refreshing start to the game. From the beginning, Trails from Zero starts on an immersive note and continues this progression throughout the story.

The story is well-written, the pacing is well done, and the overall narrative kept me interested to see the journey from arriving in Crossbell via train, to the end of the game. Lloyd and the SSS work well together as a team and that shows throughout the game. The world of Crossbell is also a fascinating and well-depicted area that is part of the Legend of Heroes universe. Players new to the Crossbell arc (or Legend of Heroes) will discover a world that is alive and ready to explore. Those replaying (or are returning to the Legend of Heroes title) will feel right at home. 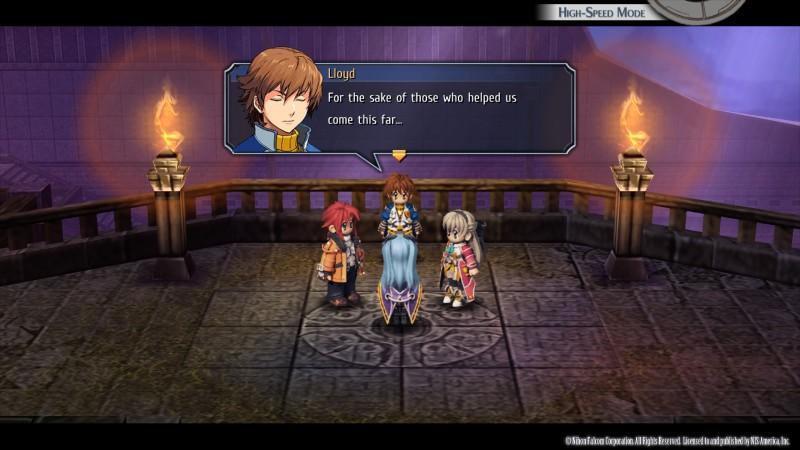 If I am to recall correctly, the sequence of the stories follows the Liberl Arc (Trails in the Sky arc), Crossbell Arc (Zero and Azure), Erebonia Arc (Cold Steel Arc), and then the Calvard games. This is the second arc of a long narrative, the Legend of Heroes story. I am not one to gatekeep the games or story, but it is highly recommended to have a general understanding of each arc. Full disclosure my first game in the Legend of Heroes story was Cold Steel. Each arc is self-contained in terms of its story for the most part. However, a full understanding does require the general knowledge of the other arc that comes before.

While the story is rich and well-done, does the gameplay match up to that standard? Let’s take a look at the gameplay section for Trails from Zero. 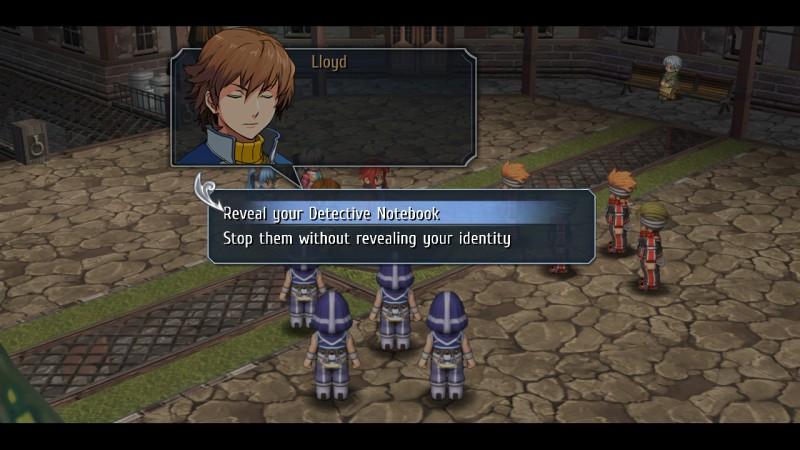 Trails From Zero plays very much like every other Legend of Heroes game. If the player is a newcomer to the franchise, there are plenty of tutorials given in the first act of the game. The gameplay is straightforward and effective. There is a reason why this gameplay scheme is only improved and built upon in each game. It is one of the better battle systems out there to date. 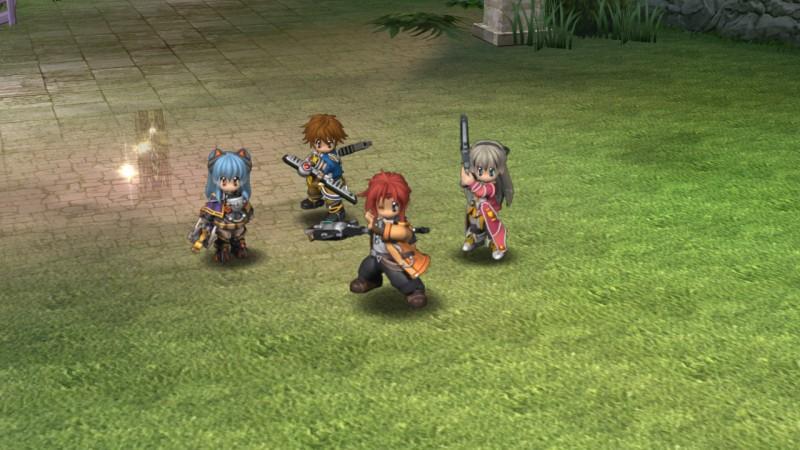 The gameplay is largely intact no matter which version is played. However, there are some differences between the Playstation 4 version and the other platforms. Other websites, such as RPG Site and Gematsu elaborated on some of these differences. To keep a long story short, the Playstation 4 version is largely the same version of Trails from Zero Kai that came out in 2021. It has only the changes made on that Kai version at that time of release. The Nintendo Switch and Steam versions have much more quality of life improvements that enhances the game more. 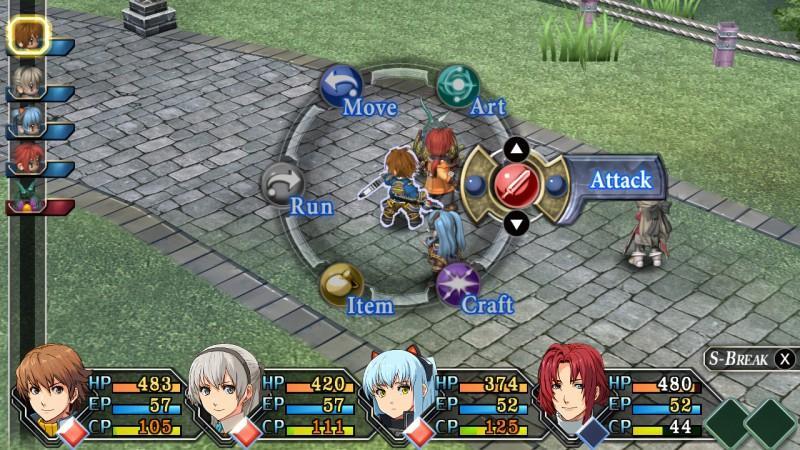 If the player only has one version to pick up, I would recommend the Nintendo Switch version or the Steam Version. Players would get the best in terms of the quality of life improvements, and visuals, and take it on the go. I am happy to report that the Steam Version is Steam Deck verified as well! 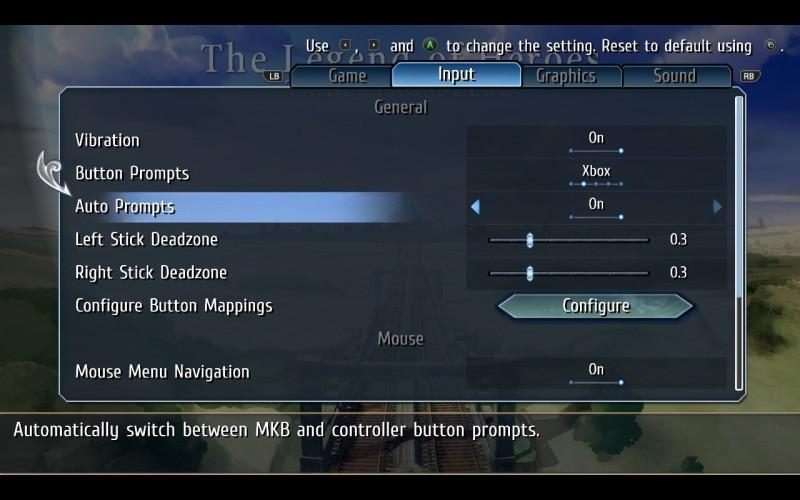 Speaking of visual improvements, let’s take a look at the visuals of Trails From Zero. 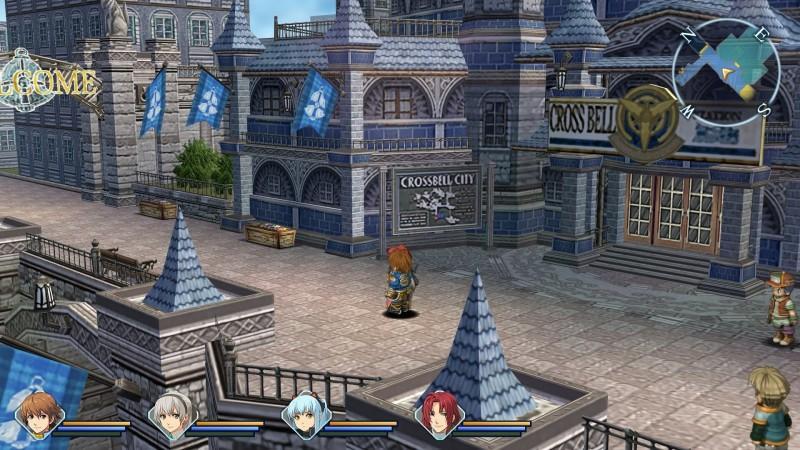 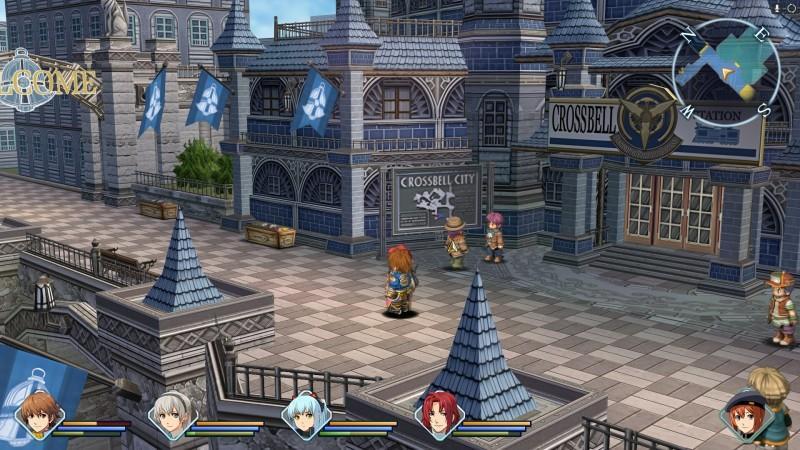 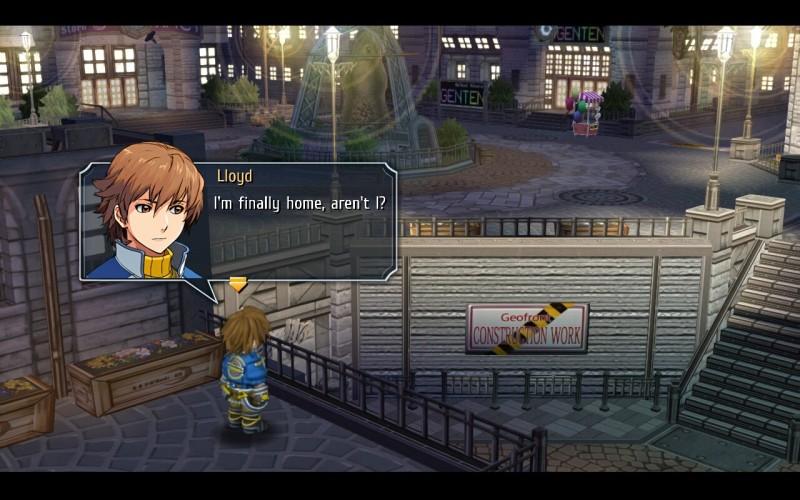 Audio-wise, the voice work is fantastic. It is the original Japanese voice-acting cast with English subtitles. The soundtrack is also well done. Things were updated in these new releases to sound cleaner and more clear. 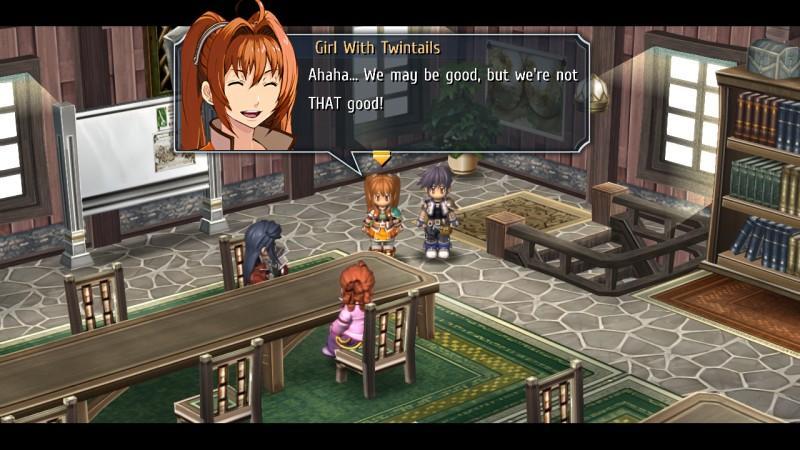 Trails From Zero is a fun game. I found myself wanting to 100% the game on both the Nintendo Switch and Playstation 4 versions. The story is immersive, the gameplay is fun, and I found myself having difficulties putting the game down. I am somewhat tempted to obtain the steam version to experience it again. 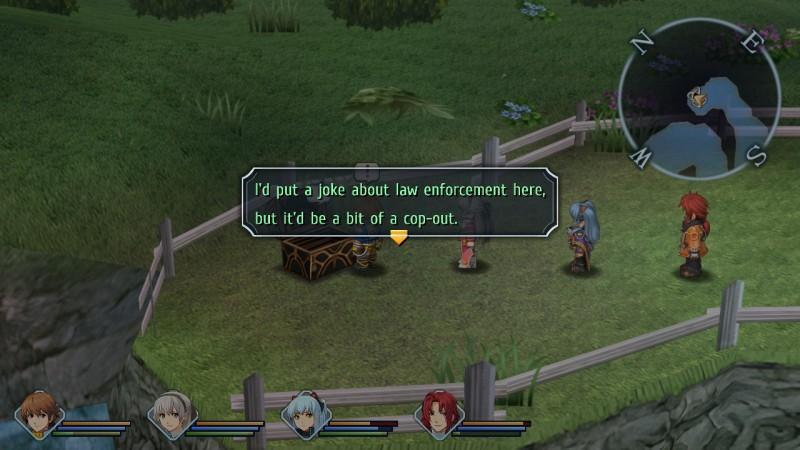 It has been a long time coming, but Trails from Zero has finally graced modern consoles. It was worth the wait for The Legend of Heroes fans. The game is fun, it does not feel dated in the slightest depending on which version the player chooses. The only gripe I do have is as I elaborated in the gameplay section, that the PS4 version is the weakest one of the three versions. It was essentially a port without the major enhancements that were done for the Nintendo Switch and PC versions.

– until next time, Mgs2master2 out!

*Special thanks once again to NIS America for providing a Nintendo Switch and Playstation 4 review key!*